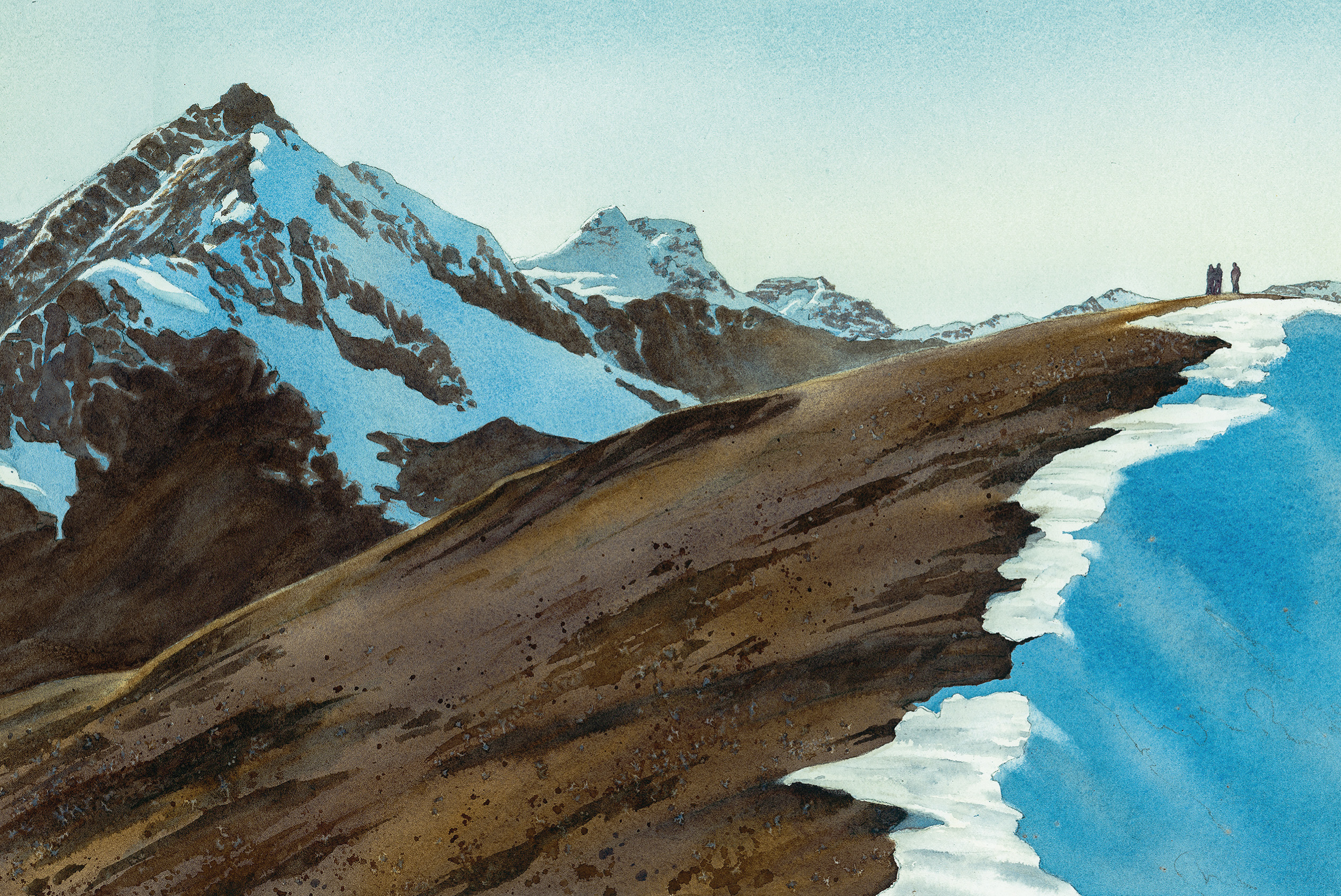 “LUNCH?” OUR GUIDE casually suggested. Normally I’m not one to decline food, but the locale, a fist of granite 8,000 feet in the sky, with vertiginous drops in every direction, had subdued my appetite. The helicopter that brought us here had barely disappeared back into the clouds. Wind whipped around my hiking poles, causing me to stumble to the ground in a pathetic crouch. A squirrel poked its head out and regarded me mockingly. But my 10 fellow hikers seemed less bothered by the surrounding abyss, so we settled down to enjoy our beetroot and hummus wraps with a side of acrophobia.

I was on this peak, on a Backroads heli-hiking tour in British Columbia and Alberta, because I’d wanted to take the standard hiking experience and turn it up to 11. To find places untrammeled by humanity, where my mind and feet could roam. To experience some of the excitement felt by the early explorers in this indescribably beautiful part of the world.

OK, so maybe the excitement of getting fast-tracked to the mountaintop by helicopter is a little different from what those explorers felt. But just getting on and off the thing was wild. Each morning our group would assemble outside the Canadian Mountain Holidays Bugaboo Lodge, at the edge of Bugaboo Provincial Park, where heli-skiing was pretty much invented in the 1960s. We’d then hunch together and say a few prayers as a Bell 212 helicopter landed in a whoosh of air inches away from us, blowing away hats and sunglasses, before our guide would slide the door open and we’d pile in. We would then fly over dense pine forests and craggy, snow-dusted mountaintops to land on an improbable piece of rock or at the top of a waterfall, where we’d jump out, get back in our crouch formation, and hope the downdraft didn’t blow us off the edge.

From these drop-off points, adventure was waiting at every switchback. We picked our way along precarious ridges where a stumble could send us free-falling several hundred feet. We scrambled down steep slopes in wide zigzags, pieces of loose rock tumbling away with every step. We donned waterproof pants and slid down snowy banks so high in the clouds we couldn’t know just where our jostled bodies would end up.

I often found myself trekking out of my comfort zone. Pushing the vertigo (and, annoyingly, the sounds of Bono singing “Vertigo”) out of my head meant I could witness some spectacular landscapes. Like the view that snuck up on us during Day Four, as we hiked skyward beside a waterfall before turning around to see the water gushing down into a vivid green valley dotted with fir trees, against a backdrop of rocky peaks emerging from drifting clouds. These were the kinds of vistas I normally see only on a screen saver.

Slowly, we learned the secrets of the mountains: why glacier melt and snowmelt produce different-colored lakes (it’s about the sediment and particles); the distinction between slopes of talus (rocks) and scree (smaller rocks); how the kinnikinnick plant grows where bears have defecated its seeds (yes, often in the woods).

On the penultimate day of our trip, at Cobalt Lake, in the shadow of several granite spires, I stripped down and swam in clear, ice-flecked water. As we were walking away from the shore, our guide’s radio crackled to warn of a grizzly bear heading our way. I never saw the bear—someone else spotted it, standing on its hind legs—but the area was declared off-limits to hikers for 48 hours to give it space.

Otherwise, wildlife was generally as scarce as Wi-Fi. An eagle here, a mountain goat there. The lack of distractions fostered a rare chance to disconnect and reflect. Though when my mind got a chance to wander, I spent an inordinate amount of time on mundane reflections. Which Game of Thrones kingdom or region am I walking through? Maybe Winterfell on the left and Wildling territory on the right? So I’m on the Wall? That’s cool. Do mountain goats enjoy the view?

I’d also brought along a few yacht rock tunes in my pop culture–addled brain. I hadn’t anticipated that my wandering would be soundtracked by Player, Ace, and Hall & Oates. Such is the danger of emptying your mind of quotidian concerns.

Being ferried around by helicopter disconnected us further from our everyday world than a typical hike would have. Up here, time was measured in Mars bar breaks (Backroads is jokingly referred to as Snackroads) and distance by the clicks of a hiking pole. Each day passed quickly, and soon we were back in the lodge’s rooftop hot tub, replaying our escapades to other guests.

On the final day, we took one last helicopter ride, this time down from the lodge to reality. We drove to some nearby hot springs for a ramble through the forest. It was a lovely, meandering hike that culminated in goodbyes over mimosas by a gurgling stream. But I couldn’t help wishing to hear the distant rumble of unseen rotor blades coming to whisk me to somewhere far away. 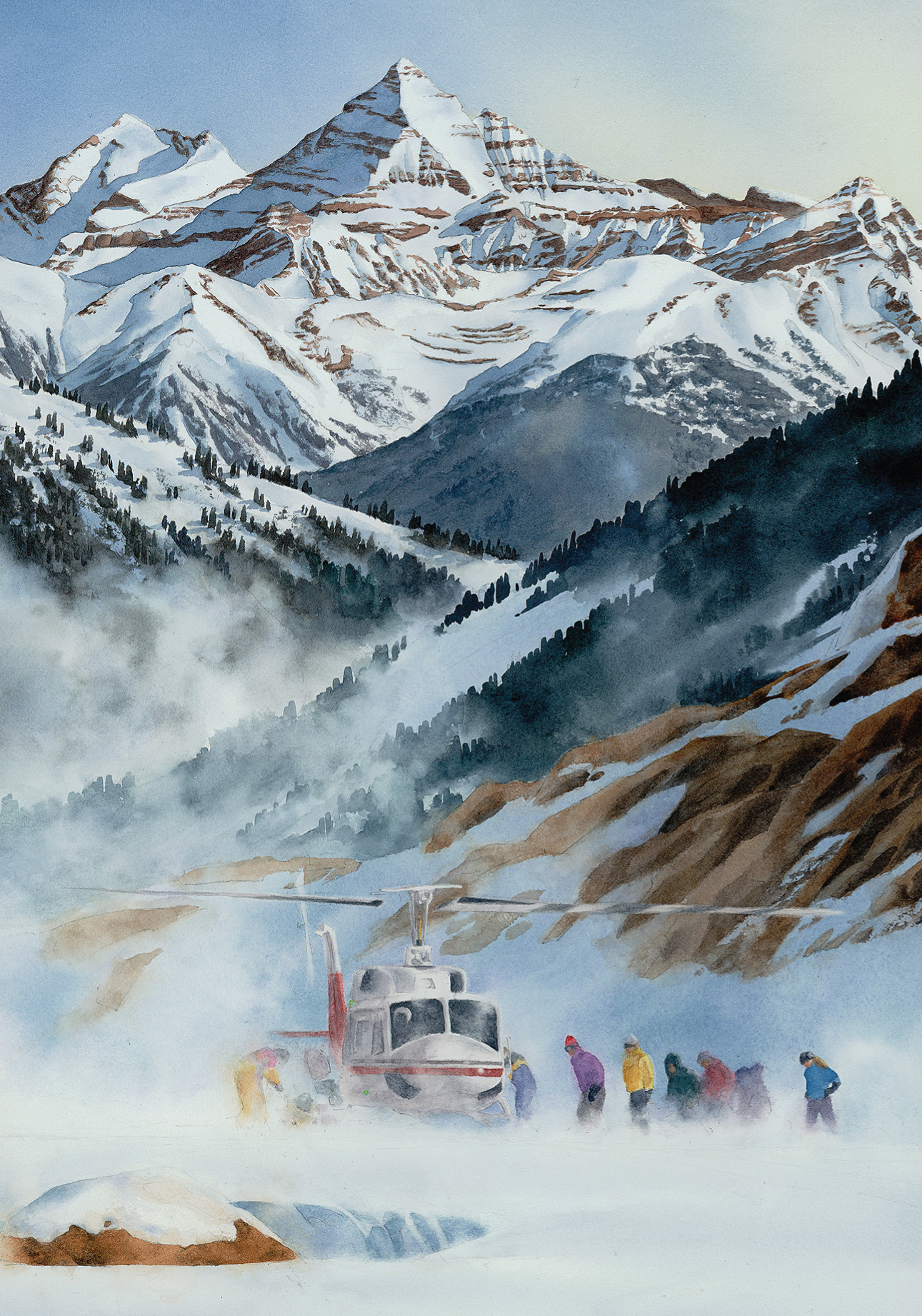 HOW TO DO THIS TRIP

Senior editor Tim Chester explored the Canadian wilderness with Backroads. In July and August, the tour company offers six-day, five-night trips that begin with two nights at Moraine Lake Lodge in Banff and include day hikes at both Lake Louise and Moraine Lake. Guests are then taken to a helicopter pickup point and flown to Canadian Mountain Holidays’ Bugaboo Lodge, on the edge of Bugaboo Provincial Park, for three days of heli-hiking. Groups are divided by interest and ability and flown out with CMH guides each morning to explore untouched parts of the Purcell Mountains. From $5,299. backroads.com 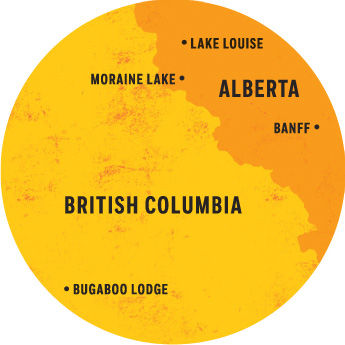