CAN AMERICAN VALUES SURVIVE IN A CHINESE WORLD? 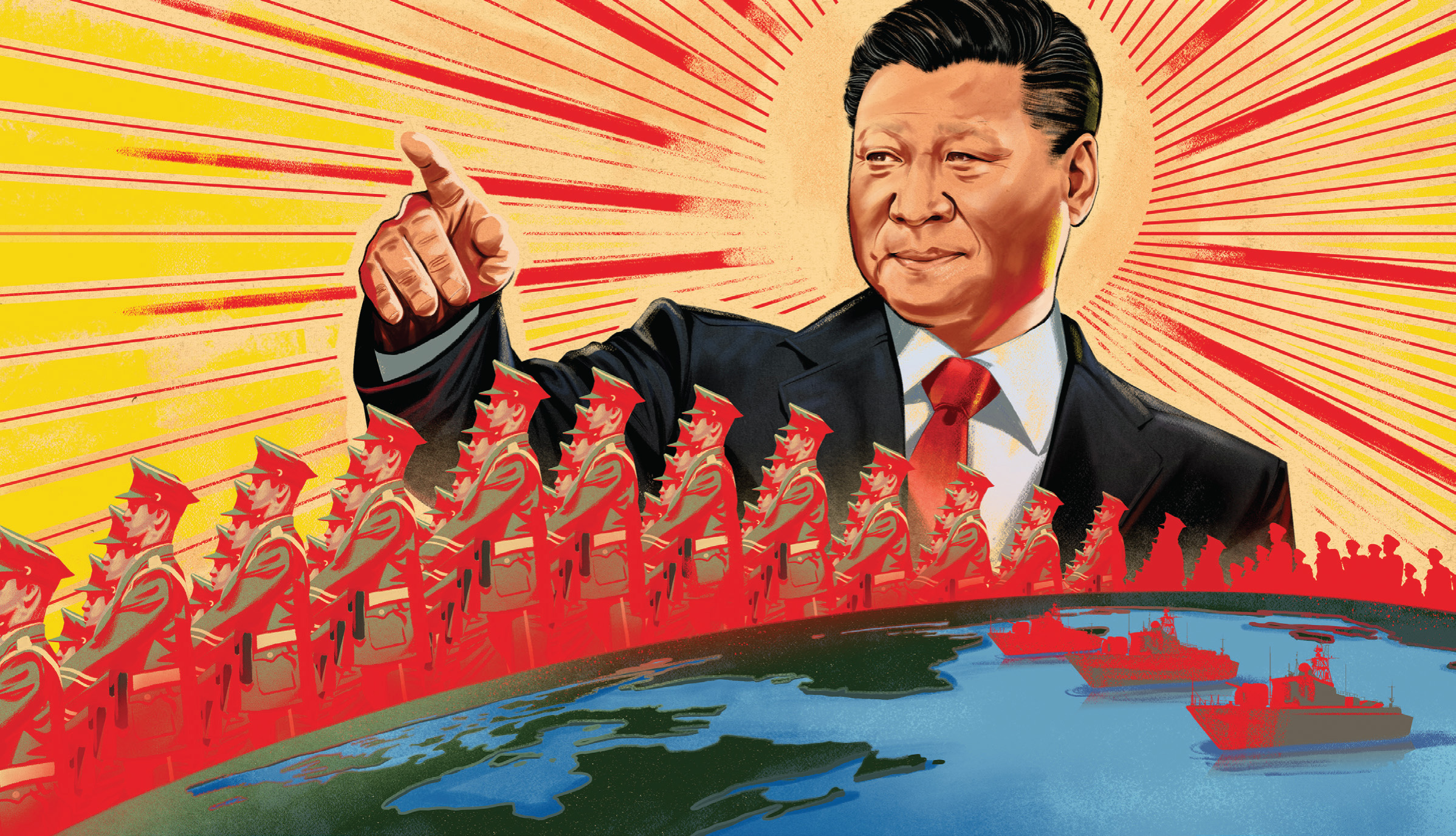 THE PEOPLE’S REPUBLIC OF CHINA bounds from strength to strength. Every year sees increases in its wealth and power relative to the world. But what do its leaders hope to achieve with their newfound clout?

This is the topic of Jonathan D.T. Ward’s China’s Vision of Victory. Ward is ideally placed to write such a book, boasting a doctorate from Oxford University in Chinese politics, a résumé that has led him across the Asian continent, and a political consultancy that he operates from Washington. His answer to the question “What does China want?” is simple: The Chinese want supremacy.

China’s Vision of Victory is a useful anecdote to the popular delusion that Chinese leaders seek nothing more than to roll back U.S. hegemony in the Western Pacific—or that they will be sated by becoming the dominant East Asian power. Despite presenting modest and peaceful ambitions to foreigners, the Chinese Communist Party leadership transparently communicates its desire for primacy to internal audiences. By guiding readers through a barrage of official documents, excerpted liberally throughout the book, Ward shows just how wide-ranging these ambitions are.

To start with, the People’s Liberation Army (PLA) already defines its maritime forces as a “two-ocean navy.” Chinese energy demands have led the PLA to extend its reach to Pakistan, Africa, and the disputed waters of the South China Sea. White papers spell out Chinese ambitions to be the primary strategic presence not just on the East Asian periphery but in Africa, the Indian Ocean, and the Southern Pacific. China’s leadership claims that it has core economic interests as far abroad as Europe, Latin America, the Arctic, and outer space. With these economic interests come road maps for securing Chinese relationships or presence in each region.

By 2050, the Chinese aim to have a military “second to none,” to become the global center for technology innovation, and to serve as the economic anchor of a truly global trade and infrastructure regime—an economic bloc that would be unprecedented in human history. In their speeches and documents, Chinese leaders call this vision of a China-centered future—a future where a U.S.-led system has been broken apart and discarded—a “community of common destiny for mankind.” That ambition debunks the myth of a multipolar future: China seeks dominance, not just a share of the pie.

Ward traces the Chinese desire to shape the future of all mankind (not just the East Asian part of it) to a national myth taught to schoolchildren across China. According to this narrative, China was once the center of the world; China was the mother of invention, the seat of global wealth, and the beacon of civilization. This is China’s natural role in the world order—a role disrupted by the “century of humiliation” between the Opium Wars and World War II, when China suffered at the hands of foreign powers. But now that age of suffering is over. China’s destiny, according to its leaders, is to reclaim its natural perch as the leading force of human civilization.

This is a familiar narrative to China specialists and one well-suited to a Communist clique that wishes to leverage nationalism to maintain its hold on power. However, Ward repeatedly stresses the popularity of this “national rejuvenation” ideal outside of party circles. “[T]he Chinese public has come to embrace this sense of destiny,” he writes. “But this vision is not the Communist Party’s alone. It is the vision at the heart of China’s restoration—a cause to which numerous Chinese citizens and patriots have devoted their lives—and of which the Communist Party is only one expression.”

But problems with the book emerge. Ward’s conviction that the Communist Party is not the driving force behind China’s foreign-policy priorities leads him to sources that weaken his argument. Ward peppers the book with conversations he has had with Shanghai street sellers and Qinghai truck drivers. He supplements these anecdotes with translations from Chinese books and think tank reports that support his broader characterization of the Chinese people.

But China is vast. Look hard enough, and you will eventually find a Chinese person willing to say anything you need him or her to. Ward has no way to prove he has not cherry-picked. A similar problem plagues a section of the book devoted to China’s premodern “tributary system,” in which subordinate states like Korea made regular payments in return for protection, with the questionable assumption that Ming and Qing diplomacy gives us a clear idea of Chinese intentions. Ward relies on a model of the tributary system first developed in the 1940s. This model has been rejected almost entirely by historians who study the issue today. And while Ward is welcome to argue that the current historical consensus is wrong, the critical issue is not what Western historians believe about premodern Chinese statecraft but what the minds in Zhongnanhai, where the Communist Party leadership resides, believe about the country’s past and its relevance to China’s future. On this, Ward has nothing to report. 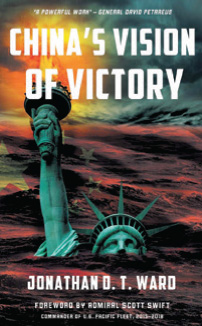 Here, as elsewhere, the further Ward travels away from the official statements, white papers, laws, and pronouncements of the Communist Party, the more he opens himself up to easy attacks by critics unprepared to face the reality these official documents lay out.

There is, however, a more serious problem in viewing the challenge posed by China’s growing power in purely national terms. The implicit question posed throughout Ward’s book is whether the United States should acquiesce to China’s vision of victory. Can Americans live in a world where the Chinese possess the largest economy, greatest industrial base, most powerful military, and the leading centers of technological and scientific innovation?

Technically, yes. The United States is a nuclear-armed state with no near enemies. It is flanked by two vast oceans and directly controls the approaches to the North American continent. It is endowed with an enormous population with net positive migration. In times of crisis, the United States can rely entirely on internal resources to keep its population fed, clothed, and warm. No other nation has been dealt such an enviable hand. Even a China that militarily or economically dominates Eurasia, Africa, and Latin America would not pose a credible geopolitical threat to the U.S. homeland. For many Americans, quietly ceding victory to the Chinese would be an acceptable cost for averting decades of nuclear brinkmanship.

But this logic has its own problems. It dodges a deciding source of tension in the Sino-American relationship. Communist Party leaders believe they are locked in what Chinese President Xi Jinping has called “fierce competition … in the ideological sphere” with the West. They assert that this ideological competition threatens the existence of their party and imperils the road to national rejuvenation. They describe historians, researchers, dissidents, and Chinese-language media outlets in countries like Australia, Germany, and the United States as dangers equal to anything U.S. Indo-Pacific Command can throw at them. This is the root motivation behind what are now being called “interference” and “influence”operations in Western countries.

This is a blind spot in Ward’s analysis. The term “United Front” (the party’s favored moniker for institutions that co-opt or turn people to serve the party’s objectives) does not appear in China’s Vision of Victory. “Influence operations” shows up just twice, with the gloss that these operations are “meant to distort a country’s discourse on China and to constrain action against Beijing.” Framing these operations purely in geopolitical terms misstates the challenge they pose. These operations are not just about shaping the opinions of foreign-policy elites but about controlling and coercing enemies of the Communist regime who live outside China’s borders. They are part of the same effort that has led to ever tightening censorship; sweeping crackdowns on Chinese law firms, media outlets, and religious organizations; and sent a million-plus Uighurs to detention centers inside China.

So-called influence operations are aimed at the enemies China’s leaders fear most: the ones who pose an ideological, not a geopolitical, threat to the Communist Party. These are the hostile forces that threaten the stability of the Communist regime, and many of them—from Christians and Uighurs fleeing religious persecution to Taiwanese, Hong Kongers, and others of Chinese descent who dare imagine different futures for their people—live in America. As long as these groups can safely assemble and freely speak within the United States, America will be seen as a threat to the Chinese party-state. Similar fears have already led Beijing to demand ideological fealty from its foreign debtors. China’s leaders do not ask clients to change their system of government but to squelch criticism of Chinese communism inside their borders. Thus, the leaders of Muslim-majority countries pretend that their faith is not being crushed in Xinjiang, and the Thai government turns a blind eye to Chinese security kidnapping dissidents inside its borders. The Chinese leadership does not compel the same behavior from the United States only because it lacks the power to do so.

These operations are not just about shaping the opinions of foreign-policy elites but about controlling and coercing enemies of the Communist regime who live outside China’s borders.

Accommodating the geopolitical ambitions of the Chinese people is comparatively easy. Easing the ideological insecurities of the Communist elite would demand far more drastic changes to U.S. politics and society.

Ward asks readers if they are willing to live in a world where China is the supreme economic and military power. It is a fine query, but the hardest question may be whether we are willing to live in a world where dominant economic and military power is wielded by an insecure regime whose leaders believe that the same authoritarian techniques used to control enemies within their society must be used to surveil, coerce, and corrupt those enemies outside it. American values might not survive a world where the possessors of such power view U.S. institutions and civil society as a destabilizing threat. China’s Vision of Victory asks readers to consider the ambitions of the Chinese elite. To craft sound policy, however, we would be wise to pay just as much attention to their fears.

TANNER GREER (@Scholars_Stage) is a writer and strategist based in Taiwan. ■