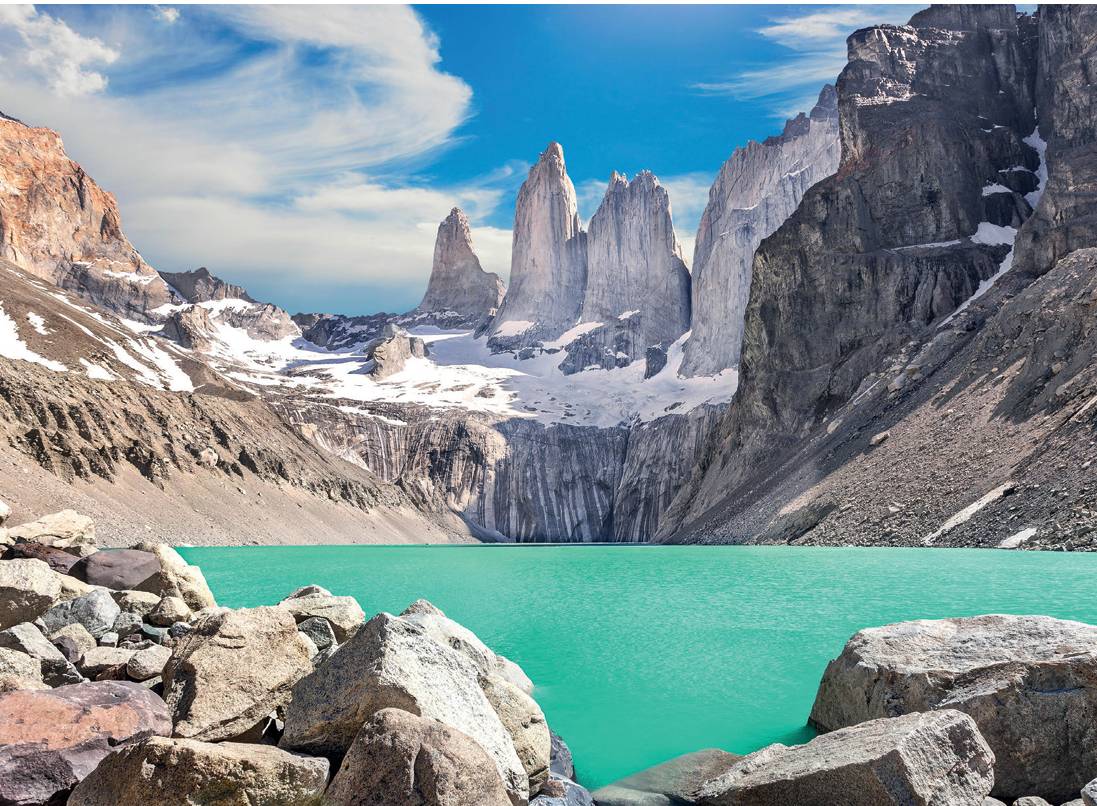 There are some national parks that are in the essential-to-see-before-you-die category: Yosemite (USA), or Zhangjiajie National Forest Park (China), for example. And then, there’s Torres del Paine in Chile’s Patagonia region. Part of a vast wilderness area, it straddles the ice fields at the foot of the Andes and incorporates immense glaciers, clear turquoise lakes, expansive grasslands and forests, and a dramatic mountainscape so iconic, it probably already feels familiar to you from magazine pages such as these.

The three famous, immense buttresses of rock, the park’s namesake Torres del Paine, are a pilgrimage for hikers the world over. Then there are the big cats, the largest flying animal on the planet and incredibly rare and unusual deer to be photographed. Dust off your boots and get packing! 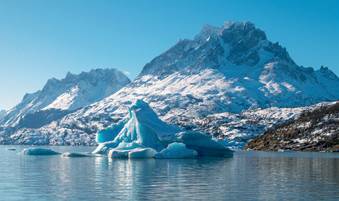 The centrepiece of the park is the mountain range of the Cordillera Paine (‘paine’ meaning blue and pronounced ‘pine-ay’), flanked by glaciers and crowned with imposing peaks of black granite, the pick of which are the eponymous spires. Hike to their base and take as many photos as you can.

An impressive view of the entirety of the Cordillera Paine can be had from the shores of this vast lake. Its banks have curious white rocks at the water’s edge, which are in fact thrombolites – colonies of bacteria some 10,000 years old, betraying how ancient this place is.

There aren’t many places on the planet that enable you to get this close to the end point of a glacier this size. At six kilometres wide, Grey Glacier is one of the biggest in the Torres del Paine. You can get near it on foot by walking up the side of Lake Grey (pictured) as part of the ‘O’ Circuit, or take a boat to its blue-and-white face that is slowly disappearing into the lake. If you’re lucky you’ll see the glacier ‘calving’, as house-sized slabs of ice break off and disappear under the water. Book a boat trip with Hotel Lago Grey (lagogrey.com).

Walking the length of the French Valley and back is a breathtaking stretch of the circum-Cordillera Paine hiking trail, that leads you through forest and grasslands, flanked by some of the park’s tallest peaks, glaciers flowing down their sides. The trail ends at French Lookout, which puts you at the centre of a staggering amphitheatre of mountains. It’s also the base of the range’s highest peak, the point-like Paine Grande, at 2884 metres. Draped on the side of the mountain is the park’s other must-see glacier, the French Glacier.

IF YOU DO THREE THINGS... 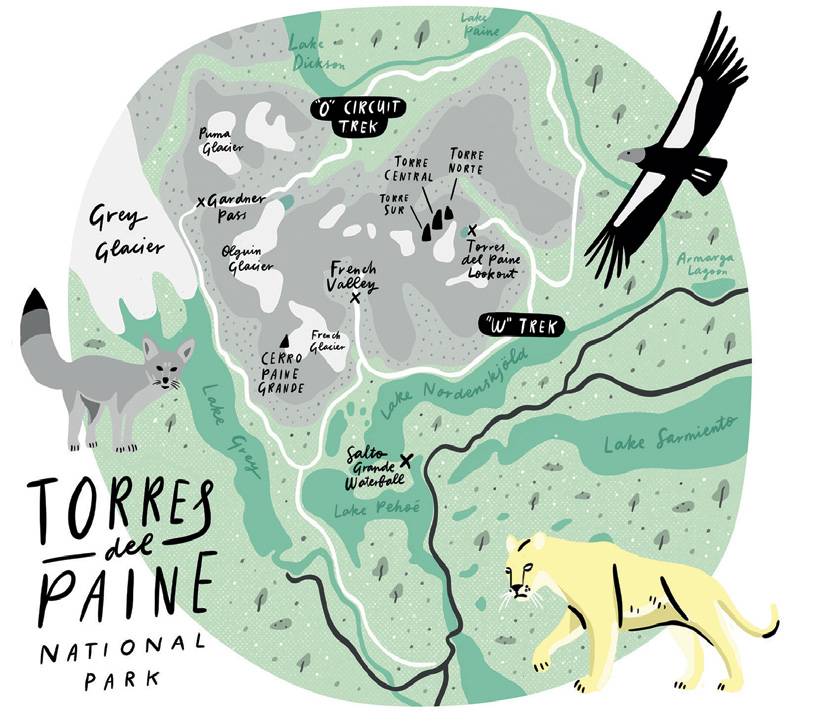 This is what you come to this national park for: hiking around the iconic mountains of the Cordillera Paine. Do a guided trek of the eight-day ‘O’ circuit, or the highlight reel ‘W’ circuit, which takes four days.

Head to this lake to capture Torres del Paine’s knife-like buttresses of rock reflected in its crystal-clear waters. If you’re really lucky, there will be a posse of bright-pink flamingos wading in the shallows to boot.

To get a sense of the power that the glaciers and mountains of the national park are able to generate, walk to this 10-metre-high waterfall that delivers raging meltwater from Lake Nordenskjöld to Lake Pehoé.

A CONSERVATION EFFORT: THE HUEMUL DEER

Inhabiting the harsh landscape of the ice fields, Chile’s national mammal also happens to be the rarest deer in the Americas. A conservationist with Colorado State University, Professor Joel Berger has been researching exactly why the Huemul is in decline, and how best to protect the 2000-odd that remain. “My work is aimed at understanding whether warming temperatures and the recession of glaciers is affecting body sizes and growth rates of Huemul,” says Berger. They face other threats too, including habitat loss and attacks by feral dogs. With the Chilean government investing in its future, coupled with the work of conservationists like Professor Berger, its numbers will hopefully recover. 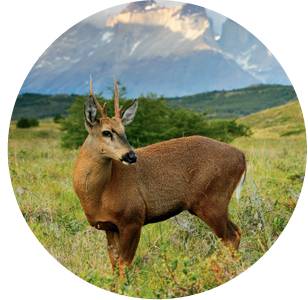 Up in the Andes and the surrounding wilderness of ice fields of Torres del Paine National Park, there’s a rich menagerie of iconic and unusual wildlife to keep an eye out for.

Herds of these llama-like shaggy beasts provide a staple diet for the resident pumas, and the subsequent leftovers are enjoyed by the condors. If they don’t like your presence they will let you know by spitting at you. Nice. 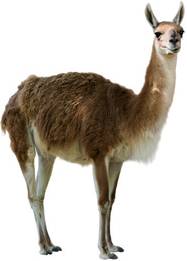 This species of ratite (flightless birds like our very own emu) stands up to a metre tall, making it easy to spot grazing on the steppes. Its name comes from when good ol’ Charles was dining on one and thought it unique enough to send the remains back to London to be studied. 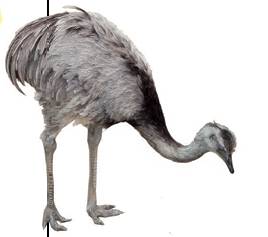 The best way to spot the king of the park is to look for condors circling overhead, which means one of these elusive animals has made a kill. If you really want to get a good look at this cat, you’re best off coming in winter when they follow the herds of guanaco, which come down from the mountains to feed on the plains.

A giant of the animal kingdom, the Andean condor is the largest flying bird on the planet when taking into account its wingspan and weight. A member of the vulture family, its wrinkly head ensconced in a fluffy white collar, it’s able to spot the remains of animals from on high. 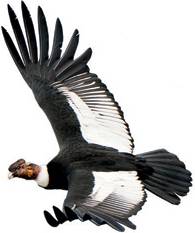