ADVENTURES OF A LIFETIME 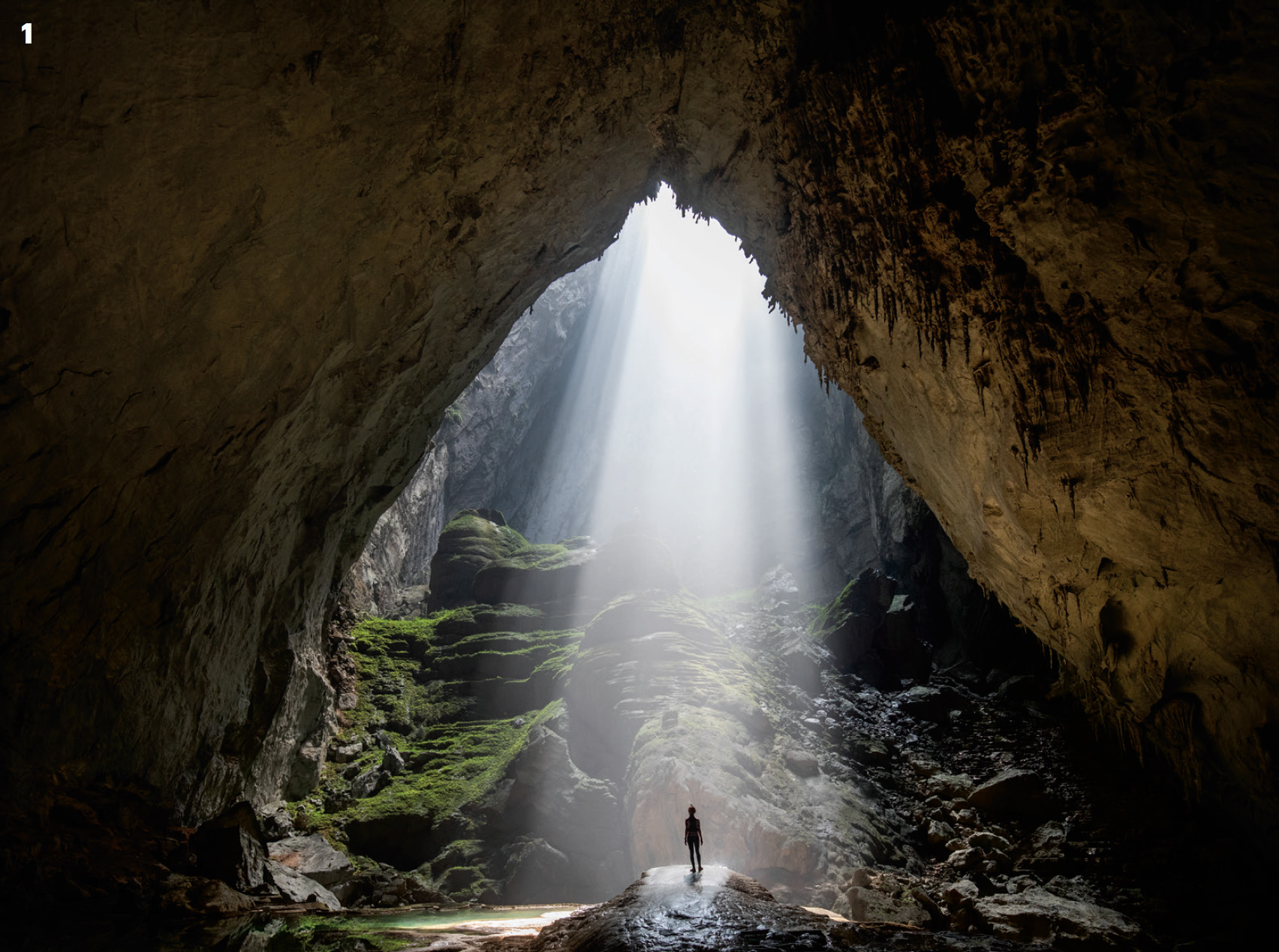 Show Us Your Epic Journeys

We asked for your most spectacular travel photos—and you delivered

Nearly 22,000 entries poured into National Geographic Traveler’s photo contest to document the greatest adventures on the planet. The winning image (opposite; see story online) frames an idyllic sunrise scene on Siargao Island in the Philippines. MARKETA KYNCLOVA AND MATT FIELD, from Perth, Australia, were exploring the island interior when they encountered young locals leaping into the Maasin River from a rope swing. They happily joined in, leading to a fast friendship. “We wanted to keep this moment alive forever,” Field says, and the next day they rose before dawn to get this shot. Traveler’s director of photography, Anne Farrar, loves the picture’s sense of adventure. “It feels like the beginning of an epic journey,” she says.—The Editors

California-based Speth returned three times to get this shot of the sunbeams that rarely enter the vast cave of Hang son Doong. “Kudos for continuing to go back to capture the image you envisioned,” Farrar says. 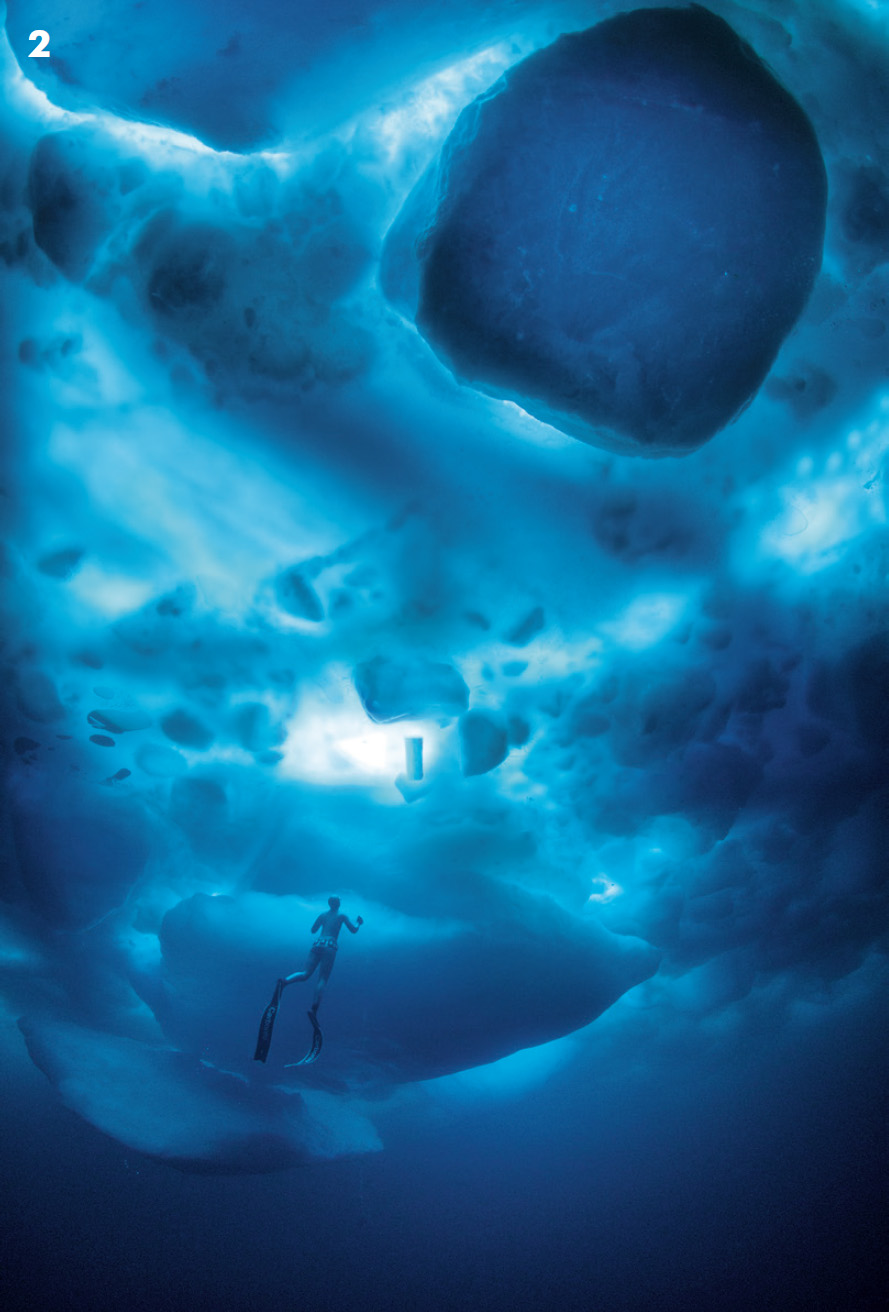 In this otherworldly picture, Dawson, who lives in Sweden, caught a free diver beneath the pack ice. “This is such an adventurous frame—it’s a beautiful capture with a ton of technical difficulty,” Farrar says. 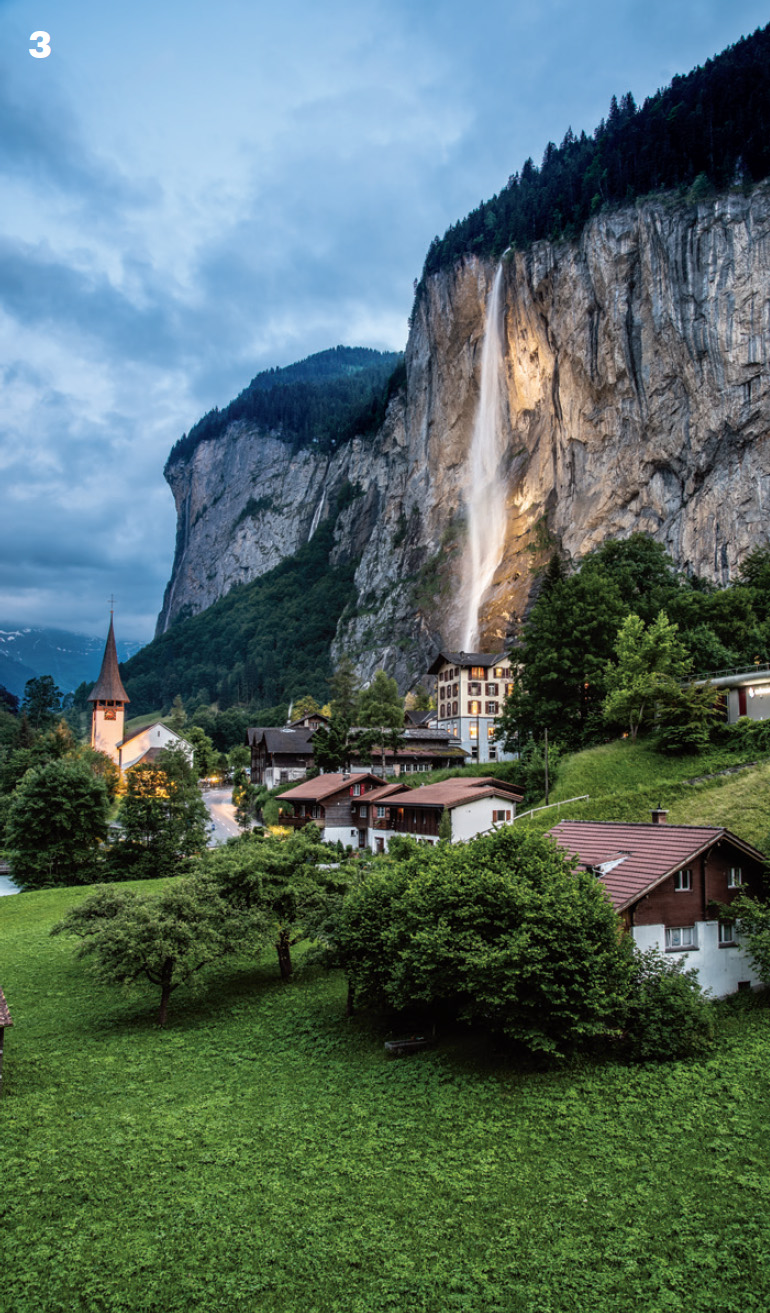 “Is this real?!” Farrar first thought. “Who spliced together Yellowstone and a quaint European village?” It is real—the Swiss Alps hamlet of Lauterbrunnen, which MacLeod, from Canada, calls “hands down one of the most magical places I have ever been.” ■