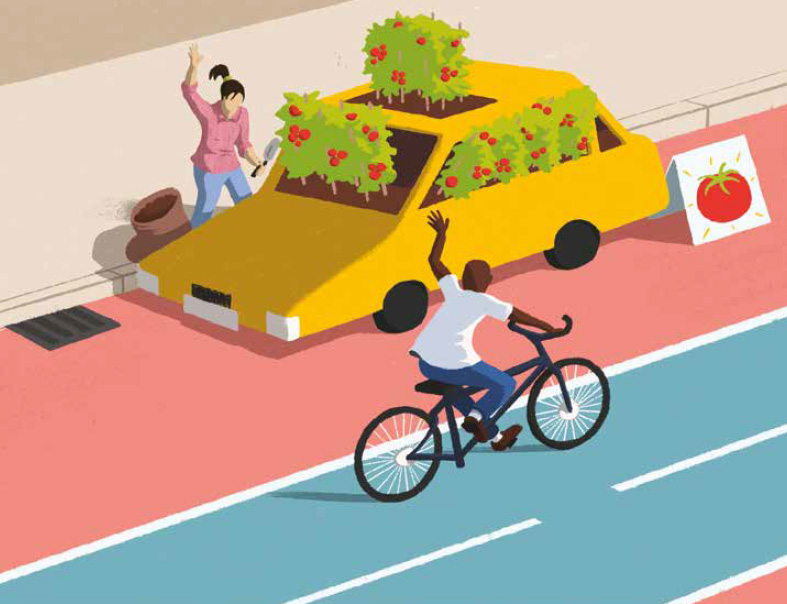 Here’s the fun bit. Did you know that traffic in London today moves slower than a horse-drawn carriage – and the average cyclist? That car drivers in Bogotá, Colombia, spent 271 hours in traffic jams during 2018, in Dublin 246 hours and in London 227 hours, according to global traffic data cruncher INREX.

Here’s the not-so-fun bit. Air pollution is now the world’s fourth biggest killer, contributing to more than seven million deaths every year. According to the World Health Organization (WHO), 91 per cent of us breathe air that is unsafe and it’s the cause of 36 per cent of deaths from lung cancer, 34 per cent from stroke and 27 per cent from heart disease. Exposure to small particulates which bypass the body’s defences, penetrating deep into the respiratory system, is often to blame.

Transport is responsible for up to 50 per cent of particulate emissions in the cities of industrialized (OECD) countries, rising to 70 per cent in poorer ones using old diesel vehicles. Another transport-related air pollutant is ground-level ozone – a key factor in chronic respiratory diseases such as asthma.

Today more than half the world’s population lives in cities – and by 2050 this will reach two-thirds. ‘City dwellers are already suffering from fumes and smog on their daily commutes,’ says Audrey de Nazelle of the Centre of Environmental Policy at Imperial College, London.

‘It’s outrageous that we’ve reached a point where it’s healthier for some people to stay inside and not exercise than to walk outside and breathe polluted air.’

A recent study of Londoners over 60 found that the toxic air pollution in Oxford Street cancelled out the health benefits they got from light walking. In Delhi cycling for more than an hour a day can do you more harm than good.

A new study by IQAir, AirVisual and Greenpeace shows that seven of the ten most air-polluted cities in the world are in India, with Gurugram the worst. Just one of the ten, Hotan, is in China, thanks to that country’s efforts to improve air quality through strong government policies, a ‘bicycle comeback’ and low-emission technologies.

In a study of 13 European capitals, London was joint third-worst on air quality.

So, what’s the answer? Electric cars are a huge improvement on fossil-fuelled vehicles. But simply going electric would be to miss a tremendous opportunity to remake cities for people, not for the lumps of motorized metal that have come to dominate public space.

Researchers in London have studied the health impacts of cutting emissions by two different methods: the first technology-led, the second promoting walking and cycling instead of driving. Both scenarios resulted in similar levels of improved air quality. But the second generated up to 30 times more health-related benefits. ‘I have carried out similar research in other cities and reached the same conclusions,’ says de Nazelle.

Cyclists are on average four kilos lighter than car drivers. As many as 10,000 premature deaths a year could be prevented by expanding cycling networks, a 2018 study of 167 European cities found. Cycling and walking are better for mental health too, reducing feelings of loneliness and increasing social contact. Lower car use reduces the risk of fatal accidents. For children especially, it means more and safer areas to play in.

Detaching people from their private car addiction is not easy, and it will only work if there is reliable clean, green public transport available when walking or cycling is simply not feasible. But spurred by the current toxic urban air and congestion crisis, we have everything to play for. ■