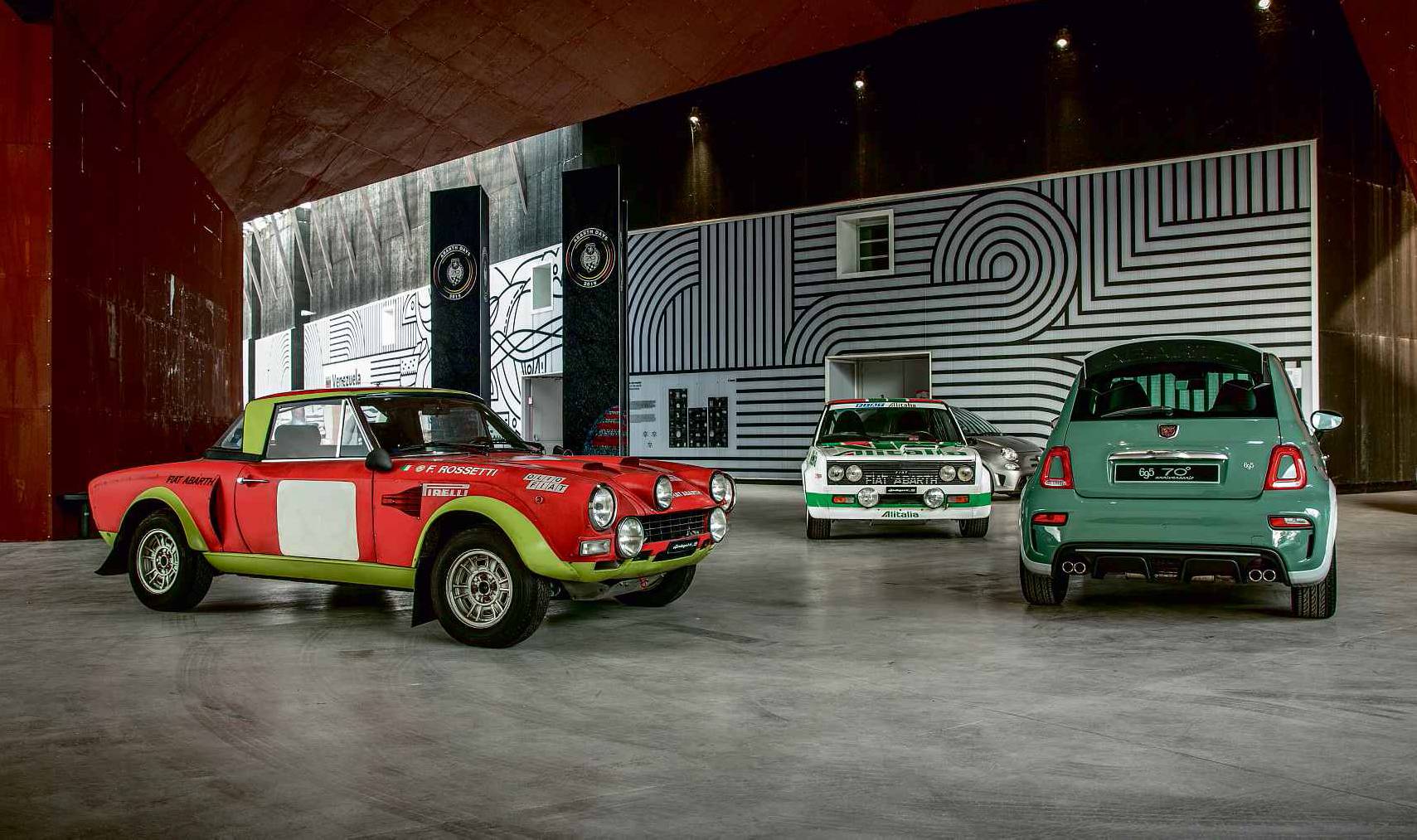 ‘All this begAn 70 years ago, when Abarth and Co was founded in Bologna. But Carlo Abarth’s passion for speed goes back to his childhood in Vienna, where he would race his scooter with the older kids.’

Seems appropriate, somehow. These are the words of current Abarth boss Luca Napolitano, who goes on to describe how Abarth himself sought the help of a local cobbler to wrap his scooter’s iron wheels with the leather of his belt, to improve its grip and to reduce friction. ‘And from there he built his reputation and developed his mantra: to humiliate stronger opposition with a more compact car. It’s a dream that has lasted 70 years.’

Octane was in Milan, ahead of Abarth Day, a birthday celebration that would see 4000 fans arrive from as far afield as Hong Kong in 900 Abarth cars: the largest such gathering ever in Europe. Several drove over from the UK. And it was here that the special-edition Abarth 695 70th Anniversario was being launched to mark the milestone.

Tiny its cars might be, but between them they have clocked up 10,000 race victories, ten world records, three manufacturers’ Rally Championships and two drivers’ Rally Championships. The Finnish former rally driver Markku Alén was there too, along with the Alitalia-liveried Abarth 131 (‘A car that’s remained in our hearts,’ said Napolitano, in reference to the part it – and Alén – played in scoring the 1977 Manufacturers’ title for Fiat).

‘I have good memories of the 124 Spider and the 131,’ Alén said. ‘It was like a family business. I was the first to win a World Championship rally in a 131. Fiat and Abarth worked so hard together in engineering. Everyone wanted to win. I have 20 World Championship wins, all in Fiat, Lancia and Abarth cars.

‘I was in the team for 25 years up to 1989, driving the 124, 131, the 037 and the Delta Integrale.’ With a laugh, he continued: ‘Of my Finnish style, chief engineer Sergio Limone told me I should look through the windscreen, not the side window!’

Nucita takes fans for a spin. 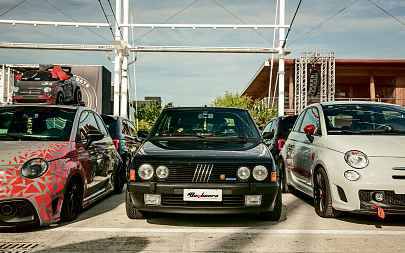 Ritmo Abarth about the oldest car driven to the event 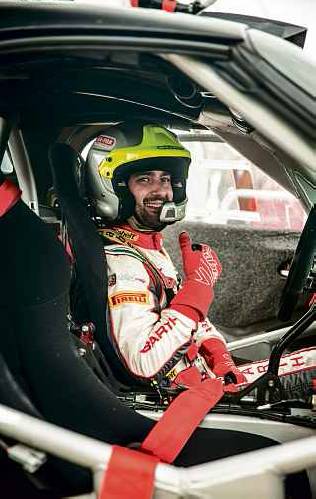 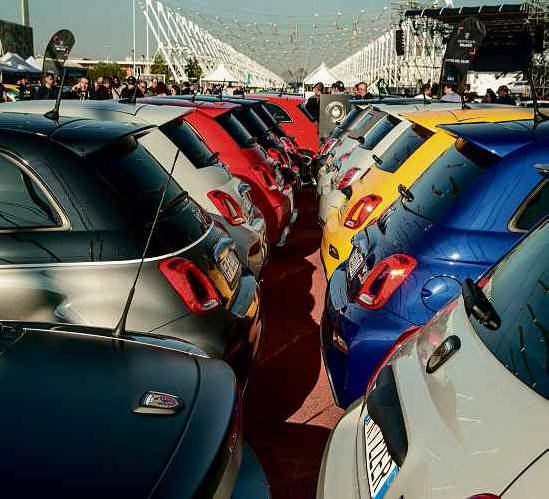 Abarths as far as the eye can see, and no two the same

Abarth fandom adds up to 110,000 members in 77 clubs: these are the people who buy the new cars. ‘Passionate people are our fuel,’ said Napolitano; ‘Many started off young and have grown with us. We have for them a birthday present: Abarth Day. It’s a weekend festival for the owners. We are here to celebrate all that Carlo Abarth founded. “Passion for speed is the illness”, he said. And we have another birthday present: the Abarth 695 70th Anniversario.’

You can read more about that shortly. Visitors to Abarth Day would get to sample it on a specially created city circuit at the Milano Innovation District (we did too: it was great fun), as well as taking passenger rides with rally pro Andrea Nucita in his Abarth 124 Spider R-GT company car. That was a slidey laugh riot of an experience, being strapped into his sequential-geared two-seater, and no-one returned without a rictus grin.

Whatever the achievements of Carlo Abarth and his company during its 70-year history, it seems that huge fun remains at the forefront.

‘FANS ARRIVED FROM AS FAR AFIELD AS HONG KONG: THE LARGEST SUCH GATHERING EVER IN EUROPE’