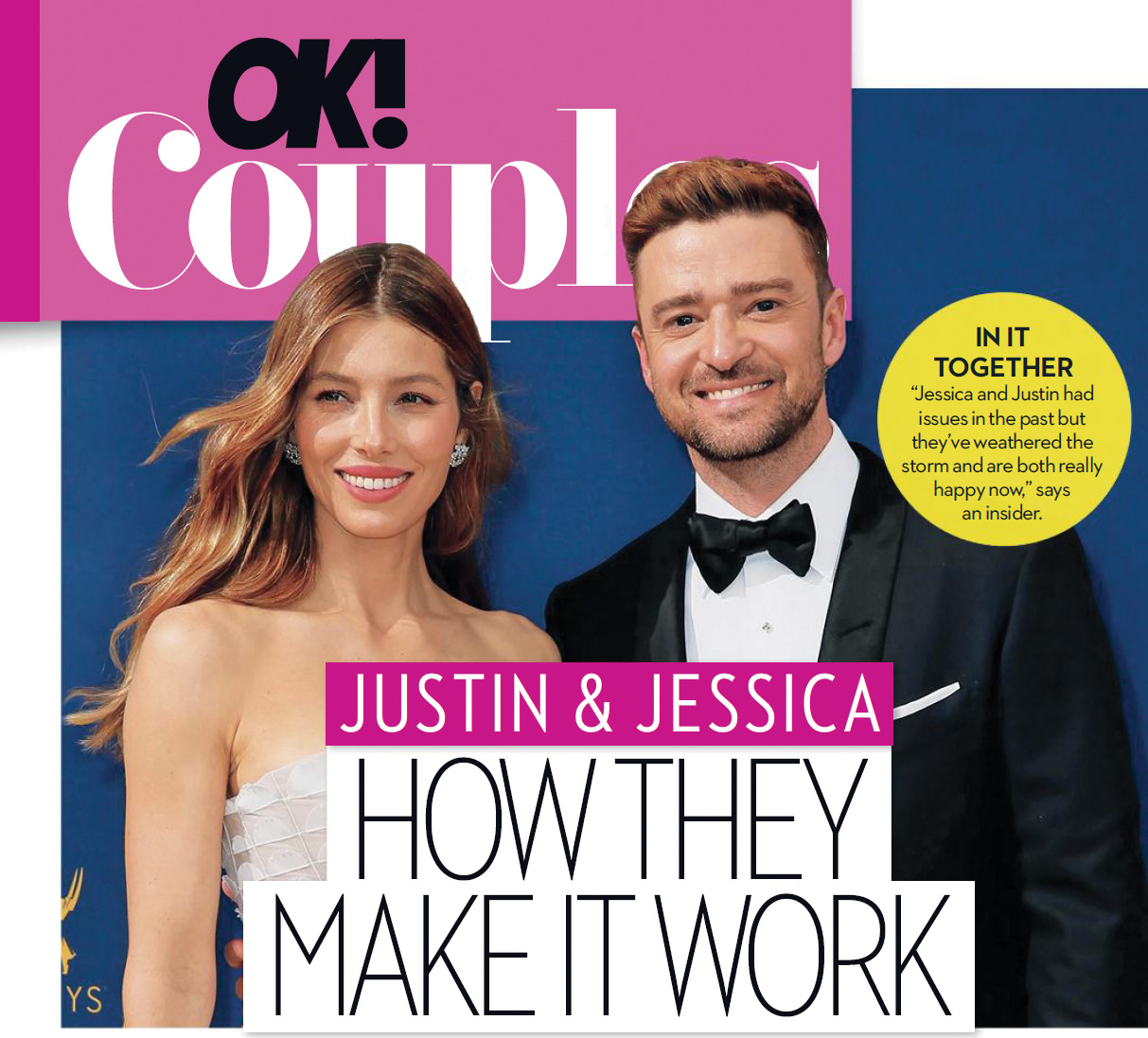 “Jessica and Justin had issues in the past but they’ve weathered the storm and are both really happy now,” says an insider.

JUSTIN & JESSICA HOW THEY MAKE IT WORK

It’s been seven years since Justin Timberlake and Jessica Biel tied the knot. And while they’ve endured several bumps in the road, their marriage is currently the strongest it’s ever been — thanks to a set of guidelines they both follow. “They’ve agreed that they must be 100 percent honest with each other at all times,” an insider tells OK!, adding that Justin, 38, and Jessica, 37, also discuss their problems before they get out of hand. The other rule they swear by: “They give each other space, whether it’s to pursue work projects or just hang out with friends and decompress,” the insider continues. “A lot of people find their marriage bizarre because of their independence, especially given rumors of Justin’s wandering eye, but Jessica refuses to put him on a leash. She genuinely trusts him.”

When they’re together, the duo enjoys date nights and adventurous activities. “Their favorite thing to do is hike. They also like to play golf, go biking — pretty much anything athletic,” shares the insider. “They joke that they connect over sweat!”

They also love spending time with their son, Silas, 4. “After he was born, their relationship changed — in a good way. It made their love and respect for each other grow stronger,” notes the insider, adding that they’re actively “trying” to expand their family. “If it were up to Justin, they’d have six kids by now! But he agreed not to pressure Jess and wait until she was ready, which is what they’ve done.”

While some may consider Justin and Jessica’s marriage unconventional, it works for them. “They’re in a really good place right now,” adds the insider, “and know they’ll always be fine as long as they keep doing what they’re doing.” 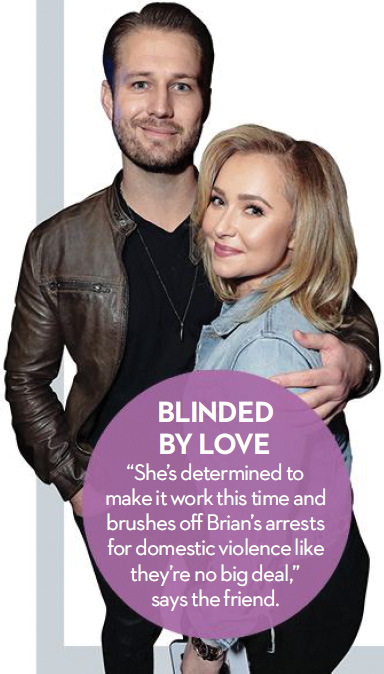 “She’s determined to make it work this time and brushes off Brian’s arrests for domestic violence like they’re no big deal,” says the friend.

Now that Hayden Panettiere, 30, has reconciled with bad news boyfriend Brian Hickerson, a friend tells OK! she’s eager to start a family with him — much to her inner circle’s dismay. “She’s crazy about Brian, but many worry it’s just a matter of time before things explode again,” explains the pal. The two hit pause on their romance in May after Brian, 30, was arrested for domestic violence, but when the case was dismissed earlier this month, they got back together. The friend adds Hayden’s loved ones are worried she reunited with Brian in the hopes of having another baby (she has daughter Kaya, 4, with ex Wladimir Klitschko, but isn’t able to see the tot regularly since she lives with her dad in Ukraine). “She misses Kaya and is desperate for a second child,” the friend spills. “She’s had a lot of issues, though, including postpartum depression, so everyone’s begging her to reconsider.”

All Chris Pratt wants for Christmas is some peace and quiet. According to a source, the actor, 40, has told wife Katherine Schwarzenegger, 29, that he has no choice but to miss her family’s holiday dinners due to his filming schedule. “He’s shooting back-to-back movies that can’t be postponed,” the source explains, “but really, he’s using that as an excuse to avoid her nosy siblings, as well as her mom’s [Maria Shriver] overbearing Kennedy relatives.” Needless to say, Katherine’s disappointed, “but she loves Chris, so she’s going along with it,” claims the source. “They’re going to celebrate their own way and just stay at home with his son, Jack [7].” What grinches! 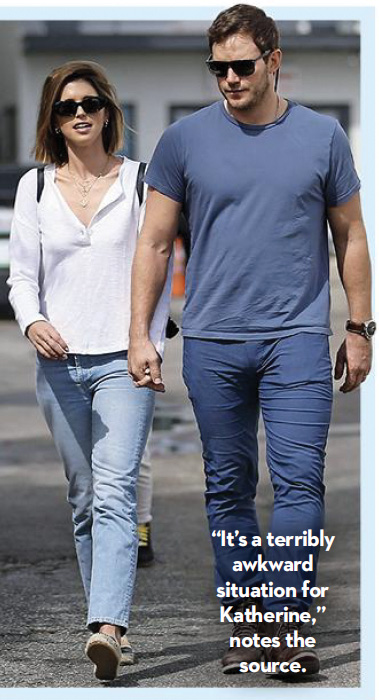 “It’s a terribly awkward situation for Katherine,” notes the source. 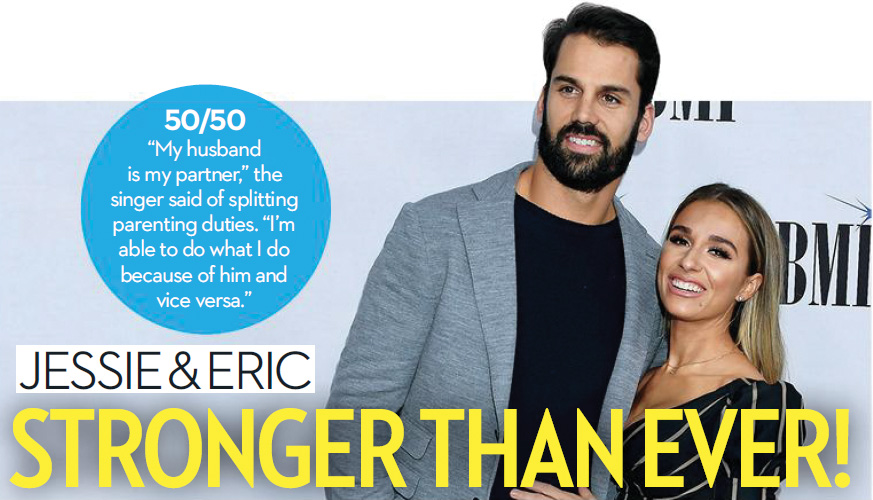 “My husband is my partner,” the singer said of splitting parenting duties. “I’m able to do what I do because of him and vice versa.”

JESSIE & ERIC STRONGER THAN EVER!

Jessie James and Eric Decker aren’t worried about a seven-year itch. The country singer, 31, who partnered with ABC-TV and Qbrexza for their What’s Your Cue? campaign, opened up about their marriage, gushing that she’s more in love with the athlete, 32, today than she was at their 2013 wedding. “I’m crazy about him, and I think what’s really important is when you meet that person you want to spend the rest of your life with is to make sure that spark is so incredible that it lasts for years and years to come,” she shared. “I think we just had such a great foundation to begin with and it’s just stronger than it’s ever been.” While the parents of three enjoy occasional nights on the town — “because of our jobs, it does take us out a lot so we kind of use that opportunity to go out together,” she explained — they have no problem staying in. “When we have that free time, it’s definitely Netflix and chill,” Jessie said. “We just like hanging out.” Hey, there’s no place like home! 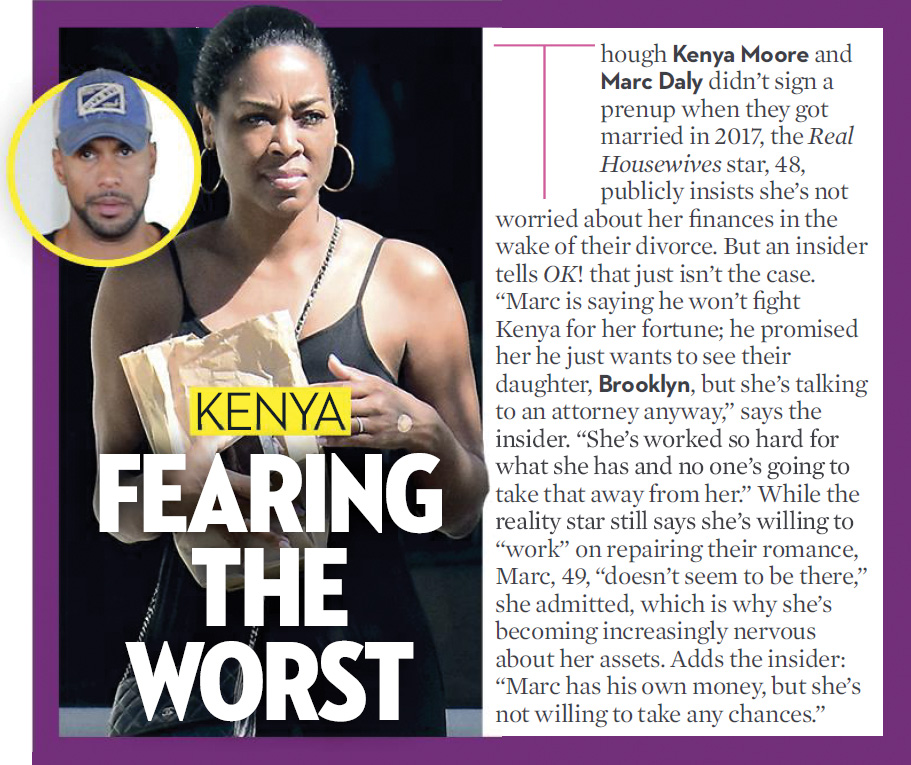 Though Kenya Moore and Marc Daly didn’t sign a prenup when they got married in 2017, the Real Housewives star, 48, publicly insists she’s not worried about her finances in the wake of their divorce. But an insider tells OK! that just isn’t the case. “Marc is saying he won’t fight Kenya for her fortune; he promised her he just wants to see their daughter, Brooklyn, but she’s talking to an attorney anyway,” says the insider. “She’s worked so hard for what she has and no one’s going to take that away from her.” While the reality star still says she’s willing to “work” on repairing their romance, Marc, 49, “doesn’t seem to be there,” she admitted, which is why she’s becoming increasingly nervous about her assets. Adds the insider: “Marc has his own money, but she’s not willing to take any chances.” ■