HOW TO EAT FOR ENERGY & STRENGTH 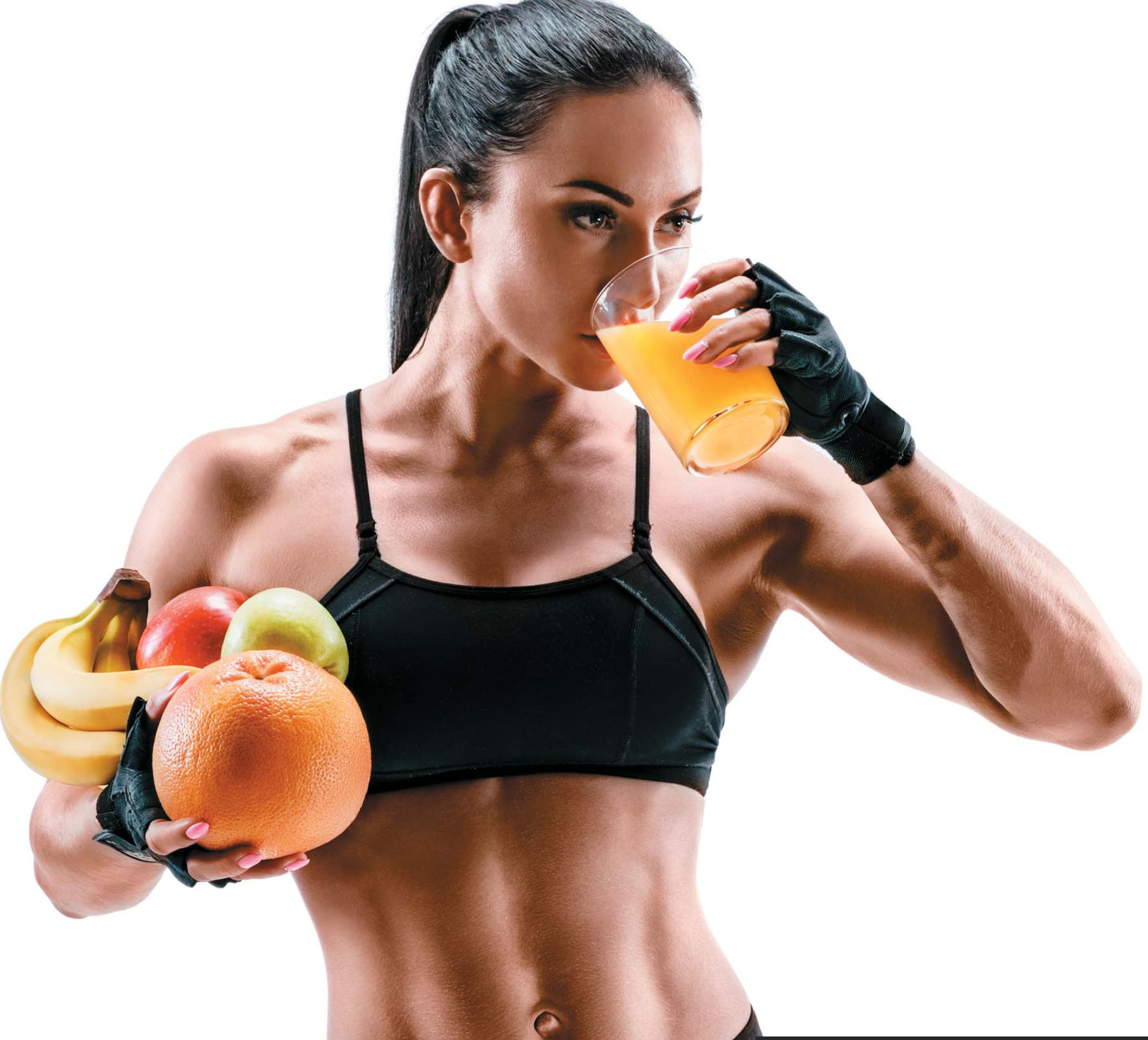 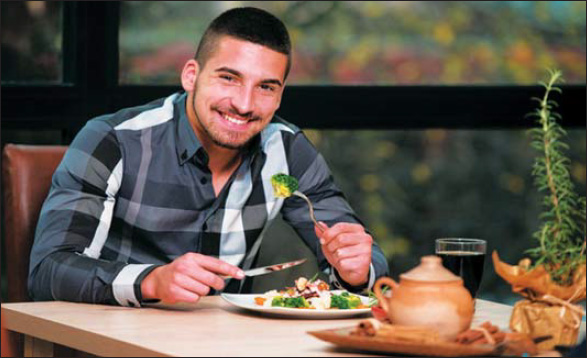 The idea of “dieting” serves nobody since it usually implies that there is an end in sight. Ask yourself, “Do I see myself eating this way a year from now?” And if the answer is “no,” then it’s time to go back to the drawing board and sketch a way of eating that can be maintained as a lifestyle, while also jumpstarting the path to optimal health.

A low-carbohydrate diet may produce an initial excitement in dieters who experience a quick five to ten-pound weight loss during the first week. However, any regular exerciser who has followed a diet like this knows that energy levels dwindle with the corresponding weight. The first two to four weeks of a low-carb diet are plagued with low energy levels, cravings for sweets and a generally somber disposition.

There is something to those carbohydrates, and the answer lies in carbohydrates’ ability not only to supply energy for exercise but also to facilitate the amino acid tryptophan’s availability in the brain to make the neurotransmitter, serotonin — the feel-good neurotransmitter.

First off, glucose found in carbohydrate foods is the body’s most favored substrate to produce adenosine triphosphate for energy in not only the muscles but all the cells of the body, including demanding brain cells that will only accept glucose for energy. When carbohydrates are consumed, they are broken down into small glucose molecules and absorbed into the blood, where they’re transported to tissues for energy; or, the glucose is stored as glycogen in the muscles and liver.

High blood glucose levels stimulate insulin to be released into the blood by the pancreas, where it mops up all the excess glucose and begins lipogenesis — or the making of new fat from glucose. Thus, the goal of any sustainable nutrition plan that incorporates carbohydrates should be to consume just enough to use in daily workouts and replenish glycogen stores. Any more will result in an increased likelihood of fat production.

Secondly, although insulin has gotten a bad rap, it can be useful in its action at the brain and its facilitation of serotonin production. At the blood-brain barrier, there exist many amino acids that are vying for a chance to get into the brain to perform their specific function. Tryptophan is one such amino acid, and its function in the brain includes the production of serotonin.

When a high carb meal is consumed, insulin is released into the blood and affects the competition at the blood-brain barrier. Most of the competing amino acids are forced into cells due to the presence of insulin, leaving the unaffected tryptophan relatively unchallenged, and thus it’s easily able to move into the brain, where serotonin production follows.

You may hear people say that they are “addicted to sugar,” and given the hormonal effects involved, they may be right. Likewise, this may be why many low-carb dieters report feeling subdued, melancholy or even depressed. Pair that with low energy levels and is it any wonder why many people cannot maintain a low-carb diet for very long?

Eat carbohydrates, but how much?

Though it may now seem that uninhibited consumption of carbs is quite fine, think again. To use carbohydrates effectively to obtain needed energy to fuel activity, while also burning fat and maintaining muscle, the amount and frequency of carb consumption are pivotal.

As stated earlier, excess carbs will get stored as fat. Thus, it’s important to eat only as much as is needed for daily workouts and glycogen repletion. This amount will most likely be different for each individual. Many people know someone who can “eat anything and as much as they want and not gain a pound.” They would be characterized as a slow oxidizer. These people traditionally convert carbs to cellular energy at a relatively slow rate and can get away with indulging in a higher-carb diet. Slow oxidizers feel most energized and least tired when eating greater amounts of carbohydrates than their fast-oxidative counterparts.

Though competitive endurance athletes and individuals whose goal is hypertrophy (such as bodybuilders) do need to meet the demands of their fitness goals through increased intake of carbs (and calories), the amount of carbohydrates needed for the average exercise enthusiast is not nearly as much as recommended dietary allowance would have us believe.

Everyday exercisers engaging in interval training or weight training with the goal of fat loss, muscle maintenance and energized workouts should be eating small amounts of carbs throughout the day. Consumption of twenty to forty grams, up to five times per day, is optimal for necessary energy to fuel daily exercise, with minimal fat storage effects. Fat-burning and energy sustainability are greatly enhanced through consumption of five to six meals of smaller-portioned carbohydrates per day, than through eating three larger meals, stuffed with carb-rich foods. High-carb meals, paired with long periods of fasting in between, create a scenario destined for fat storage and lethargy.

There exist certain carbohydrates that cause a large insulin release (insulinogenic foods) and subsequent fat storage potential, and conversely, there exist carbs that are more fibrous and higher in water (voluminous). Intake of the latter of these two groups yields sustained energy and lower insulin response.

Fiber is a type of carbohydrate that slows digestion and cellular oxidation of the food in which it resides. Oxidation is prolonged, and thus energy is sustained over a longer period, as is satiety. Fibrous foods include fruits, vegetables, and whole grains. Whole grains, however, though great sources of fiber, contain more potential sugar and less water than fruits and vegetables, so consumption needs to be monitored.

Sugary carbs such as cookies, cakes, donuts, candy, chips, brownies, white bread, pasta, etc., should be kept to a minimum; with small amounts allowed each day (i.e., three bites of chocolate per day). Remember, a “diet” should be sustainable, so think about a potential eating plan as a lifestyle and practice limiting these high-sugar carbs.

Time of day and frequency

To lose fat and maintain muscle mass, with the goal of improved body composition, it’s important to consider not only the food choices but also the times at which they are consumed. As stated earlier, five to six smaller meals throughout the day facilitate maintenance of energy levels, while simultaneously creating a fat-burning situation in the body, as opposed to fat-storing.

Additionally, meals should be consumed every two to three hours throughout the day. However, additional consideration of carb intake before and after training sessions is needed for regular exercisers. Pre-workout snacks should be consumed one to two hours before a workout and should contain small amounts of carbohydrates and protein (close to a fifty-fifty ratio). This type of snack will make glucose available in the blood for use during activity, while also limiting insulin release.

For post-exercise, however, even more consideration should be paid to carbohydrates. During intense exercise, blood glucose and usually glycogen stores are used up and need to be replenished. At the same time, however, muscle breakdown occurs, which merits nutritional attention also.

The goal of an optimal post-workout meal is to deliver protein to muscles for repair and reinforcement while also repleting muscle glycogen in preparation for subsequent workout sessions. The post-workout window of opportunity to maximize these goals is up to three hours after exercise ceases.

Following intense exercise, excess post-exercise oxygen consumption allows for the body to continue burning fat and calories for an extended period, thus creating a sponge-like situation in the muscles, with the tissue absorbing anything it’s awarded. Maximize excess post-exercise oxygen consumption by giving your body exactly what it needs to remain anabolic: protein and carbs.

At this point in the day only, it’s beneficial for a carbohydrate source to be very insulinogenic; insulin is a friend to the post-exercise metabolic situation. Insulin, paired with protein in a post-exercise meal, accelerates protein uptake by the muscles and facilitates muscle growth. Good carb sources for after an intense workout include simple sugar foods like honey and bananas.

Remember, eliminating whole food groups not only guarantees that whole nutrients go missing, but it also sets up an individual’s metabolic situation to crave those foods, as is seen with bingeing that frequently occurs after highly restrictive dieting. To sustain an intense workout regimen while also using food to maximize fat-burning and muscle-building, consider all macronutrients in moderation.

Protein and vegetables should serve as the cornerstone of any balanced diet, with small amounts of whole grains and healthy fats littering the plate as well. Sustain energy throughout the day by eating frequently and smaller portions than what is commonly seen at many restaurants.

Remember, the purpose of a meal is to remove hunger, not necessarily to create a feeling of fullness. Instead, create a feeling of satisfaction and nourishment. And rest assured that within a few short hours, you will again be able to indulge in a clean, nutritious meal that will keep you burning fat, energized and ready to maximize your efforts in the gym. ■