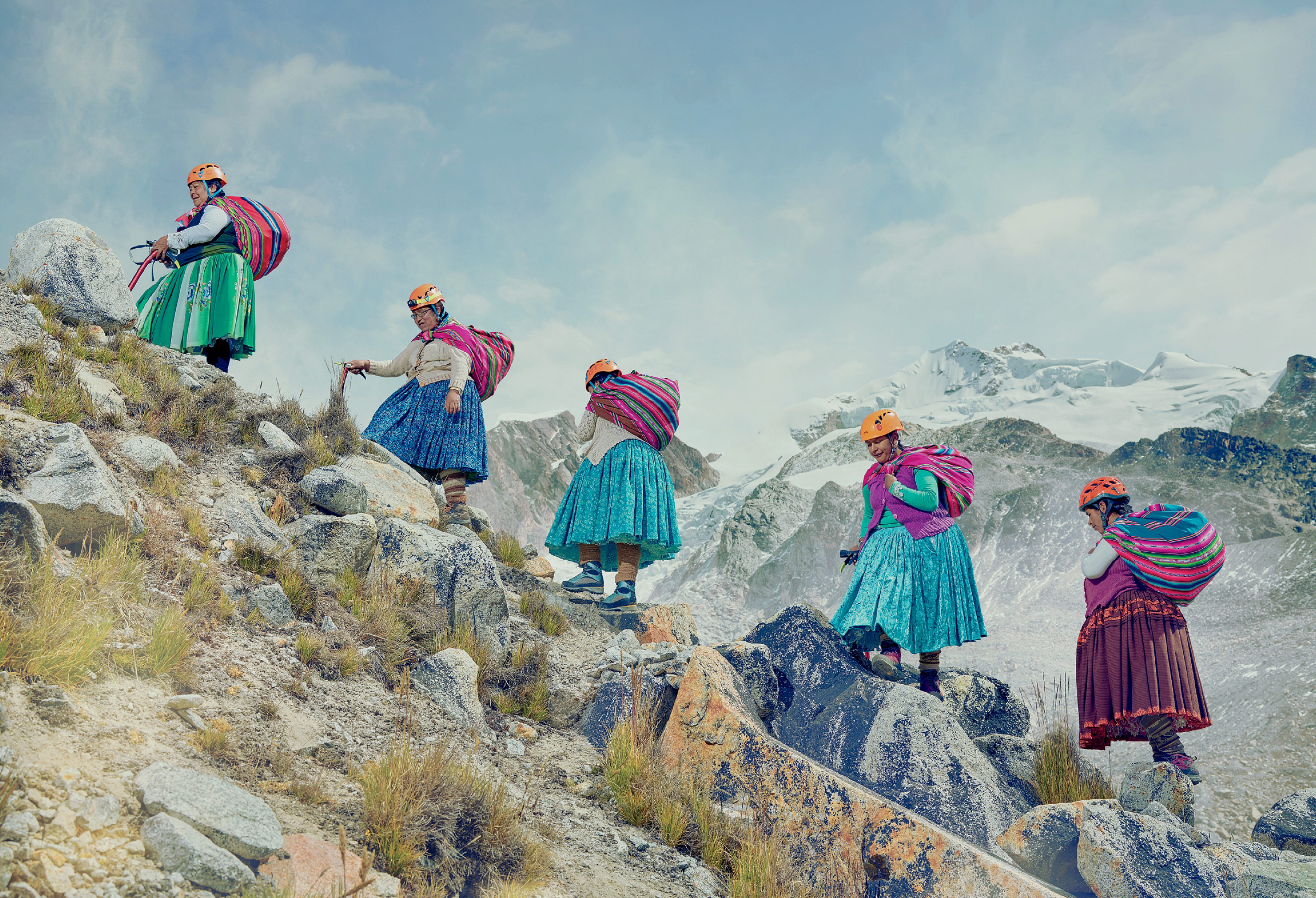 Photographer Todd Antony and his assistant Harry Hawkes were hurting. The London-based team wasn’t used to the altitude of the 19,974-foot Bolivian peak Huayna Potosí, and being up before the sun didn’t help. But the five indigenous women they were there to photograph didn’t seem to mind. “They were blowing past us,” Antony says.

This wasn’t such a surprise: the women, known as cholitas (a term for indigenous women), had recently been up Argentina’s 22,841-foot Aconcagua in their skirts and petticoats, ditching ultralight backpacks for traditional slings to carry their equipment. This glacier trek 25 miles northwest of La Paz was nothing to them.

As recently as the turn of this century, indigenous women in La Paz, many of whom are Aymara, were banned from entering certain public spaces and branded by their style of dress. But recently, Bolivia has changed. The once derogatory name cholita is now a term of endearment, and the associated colorful attire is a source of pride. Groups like the Cholitas Escaladoras, the El Alto–based climbing crew pictured here, are making the culture visible. “They’re stepping out of the shadow,” Antony says, “and reclaiming it for themselves.” 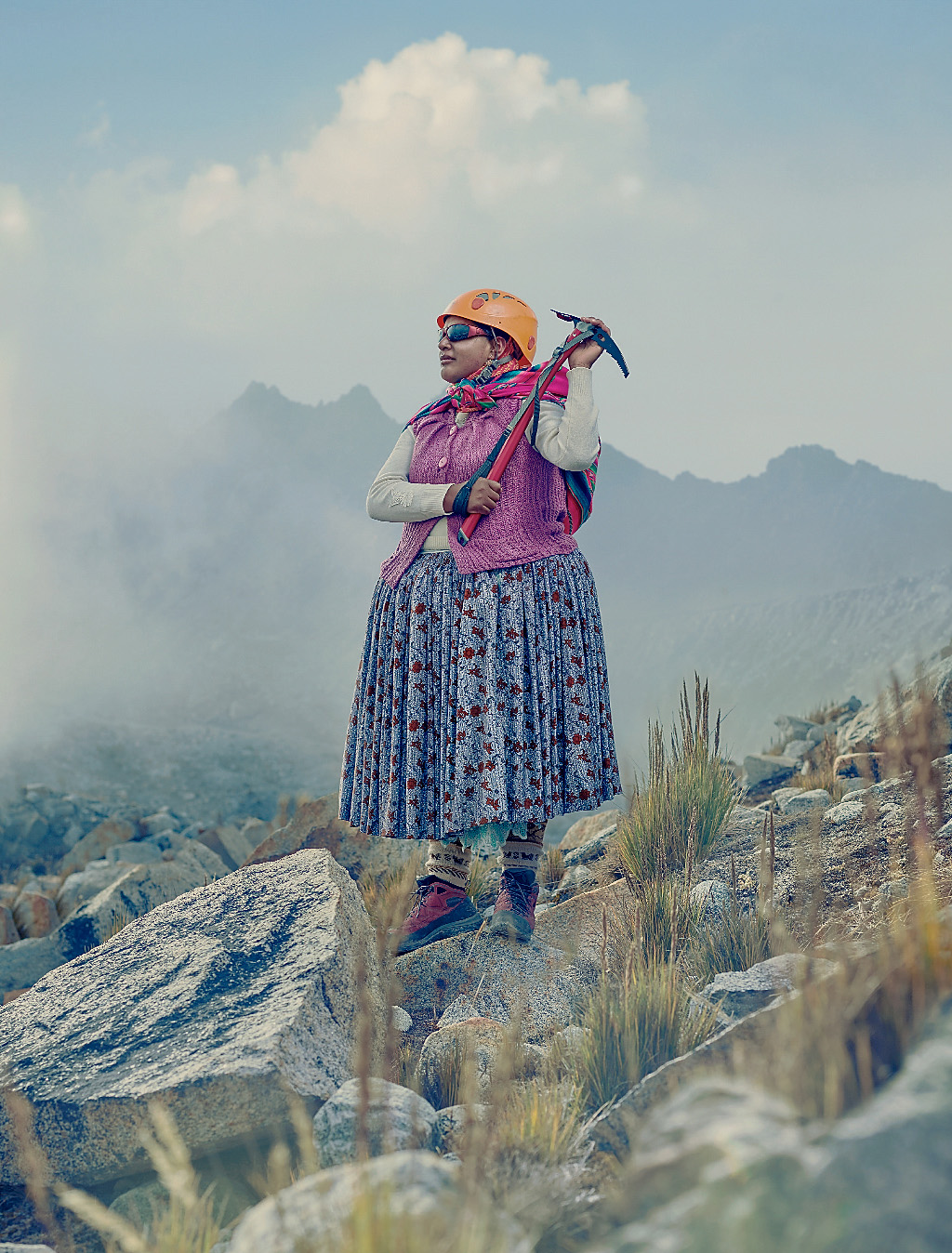 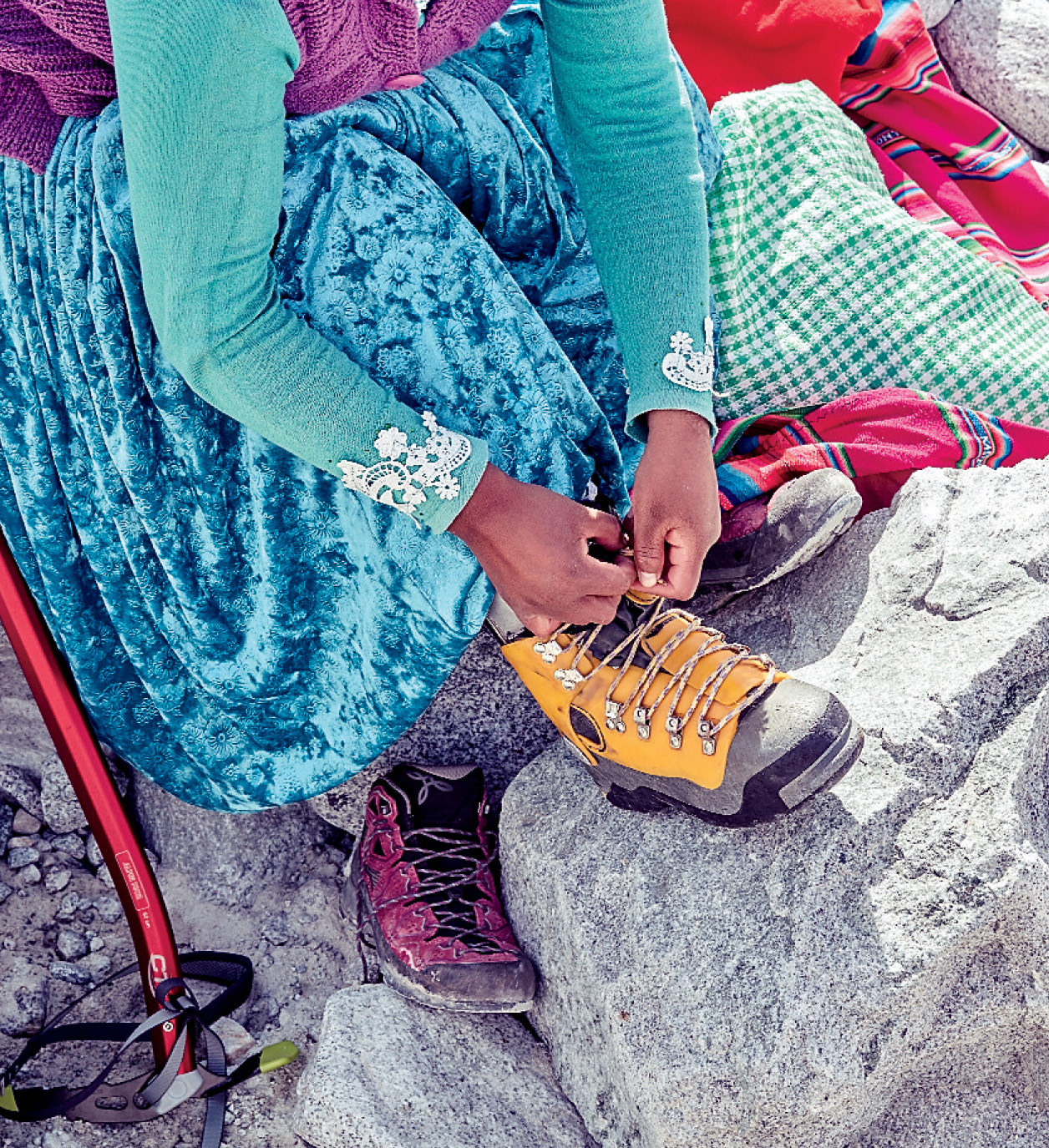 a cholita ties her boot 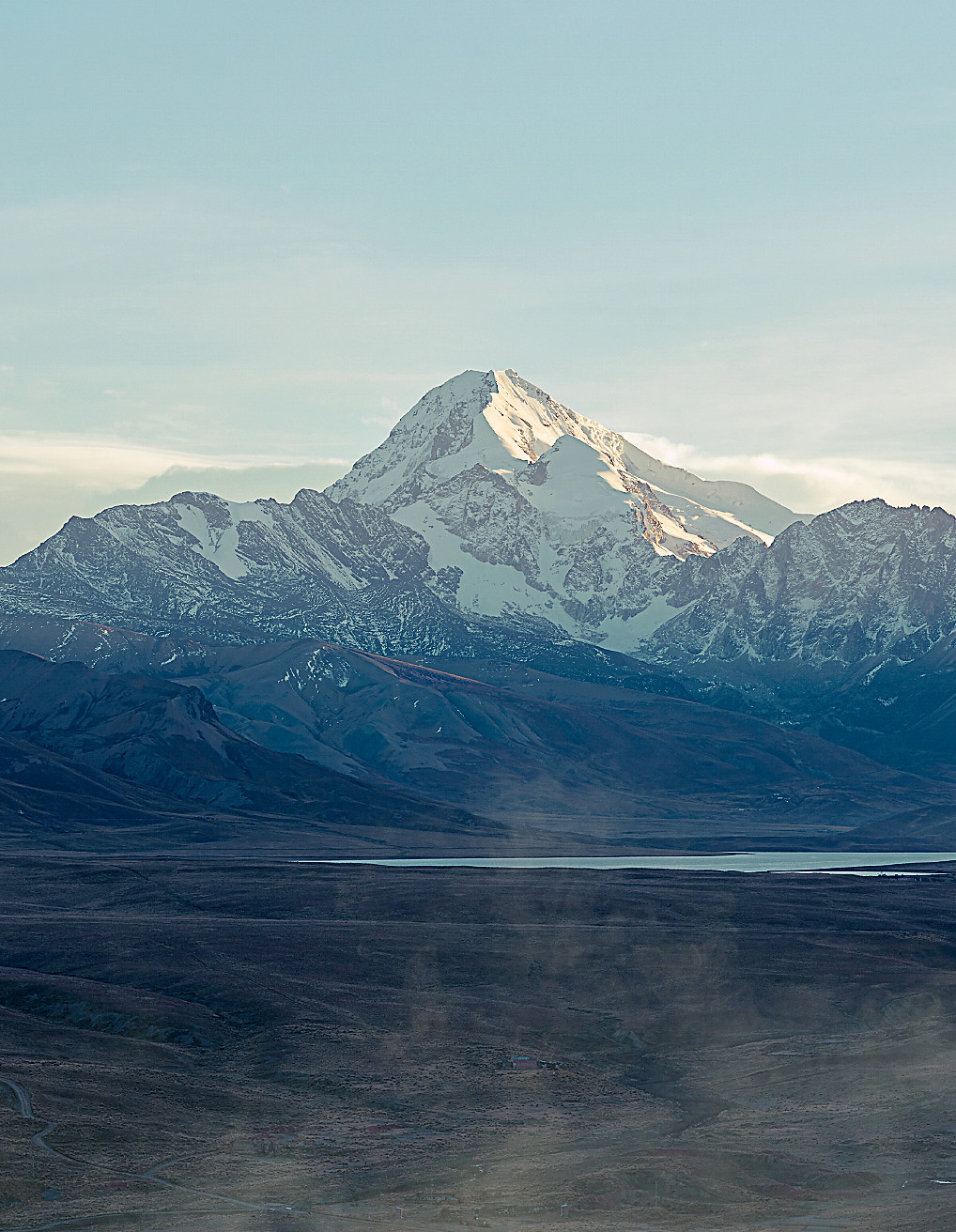 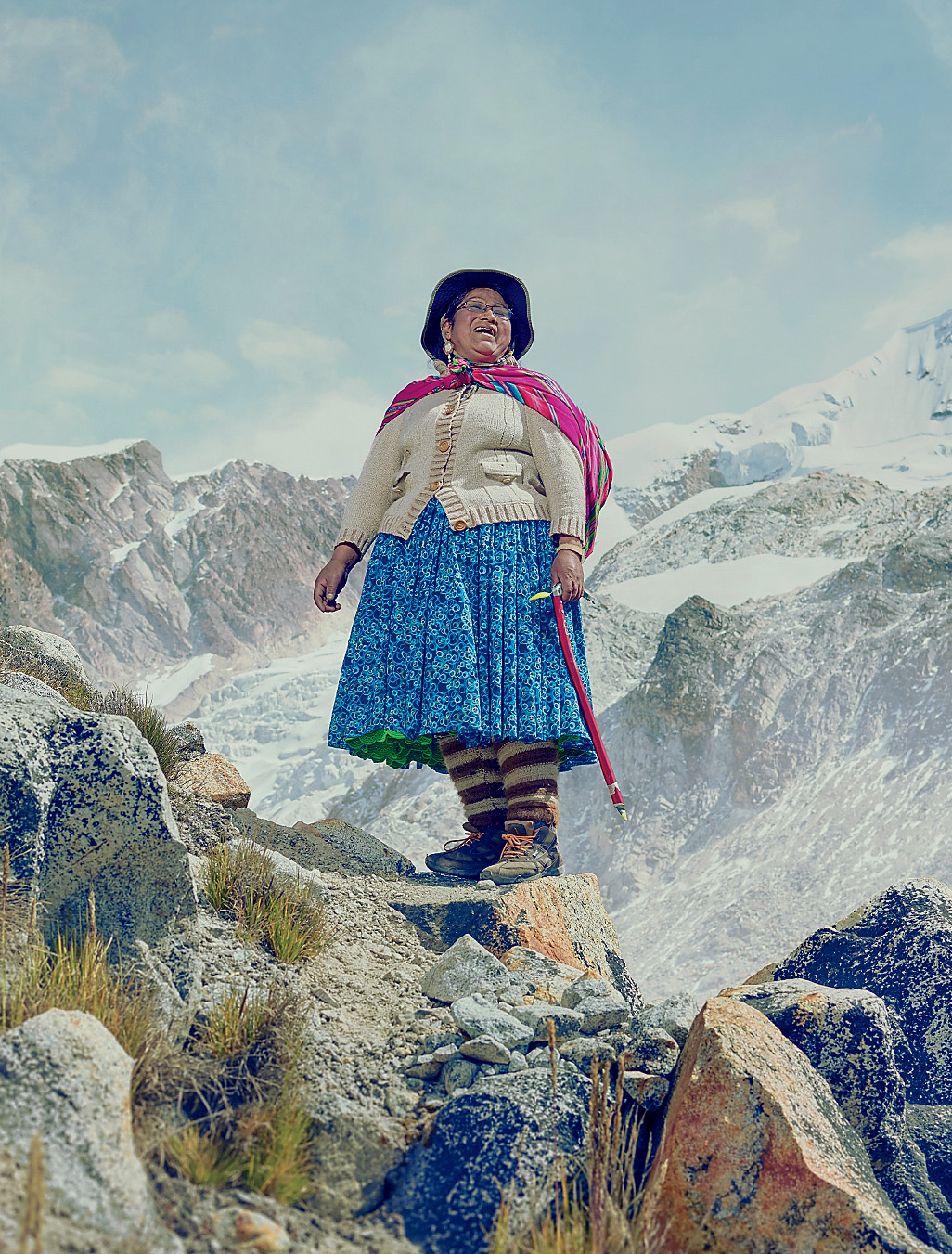 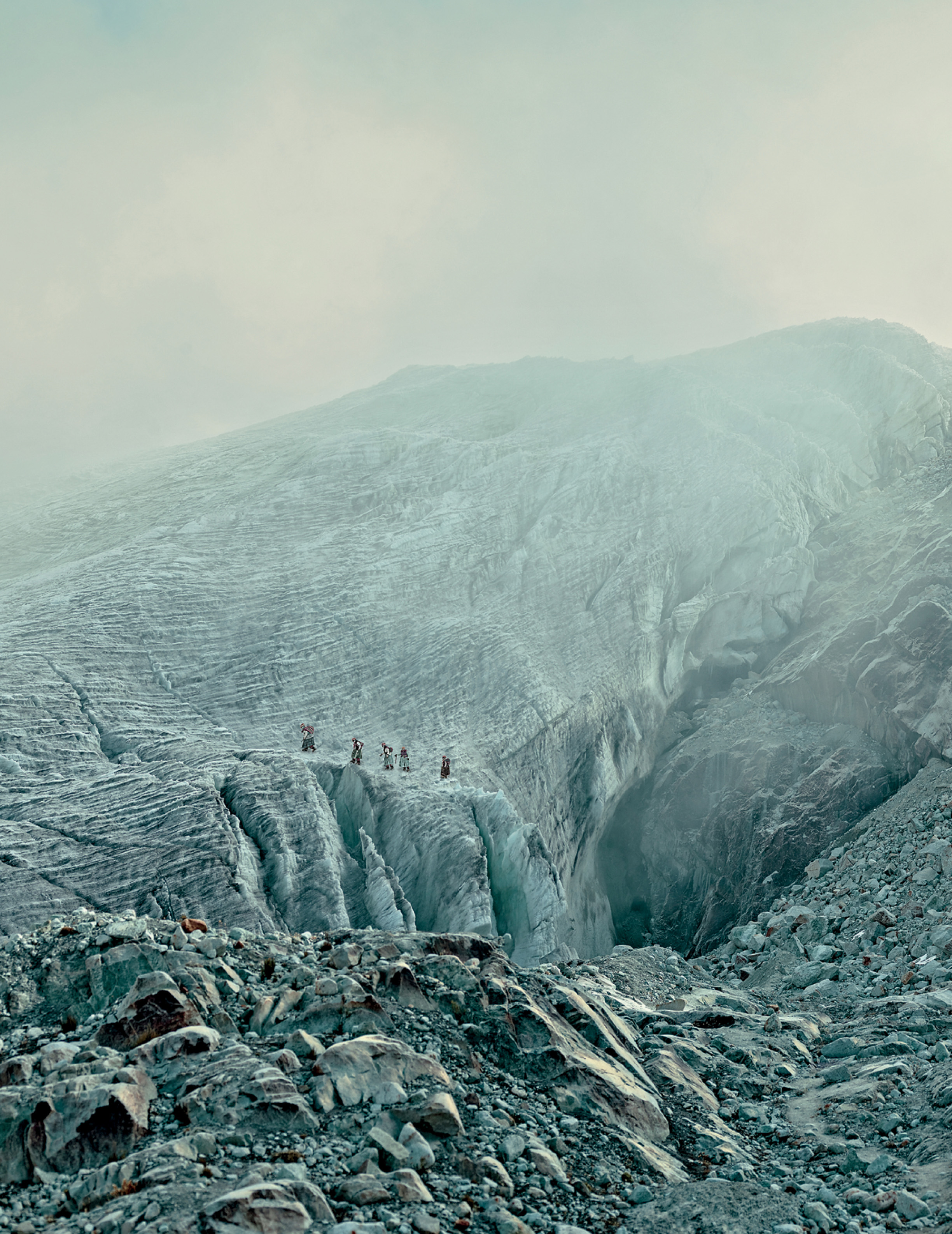 The first morning of the trek, the group performed a challa ceremony, making an offering to Pachamama (Mother Earth) for safe passage. “The sun was rising and kissing the top of the mountain,” Antony says. “It was a really special moment.” 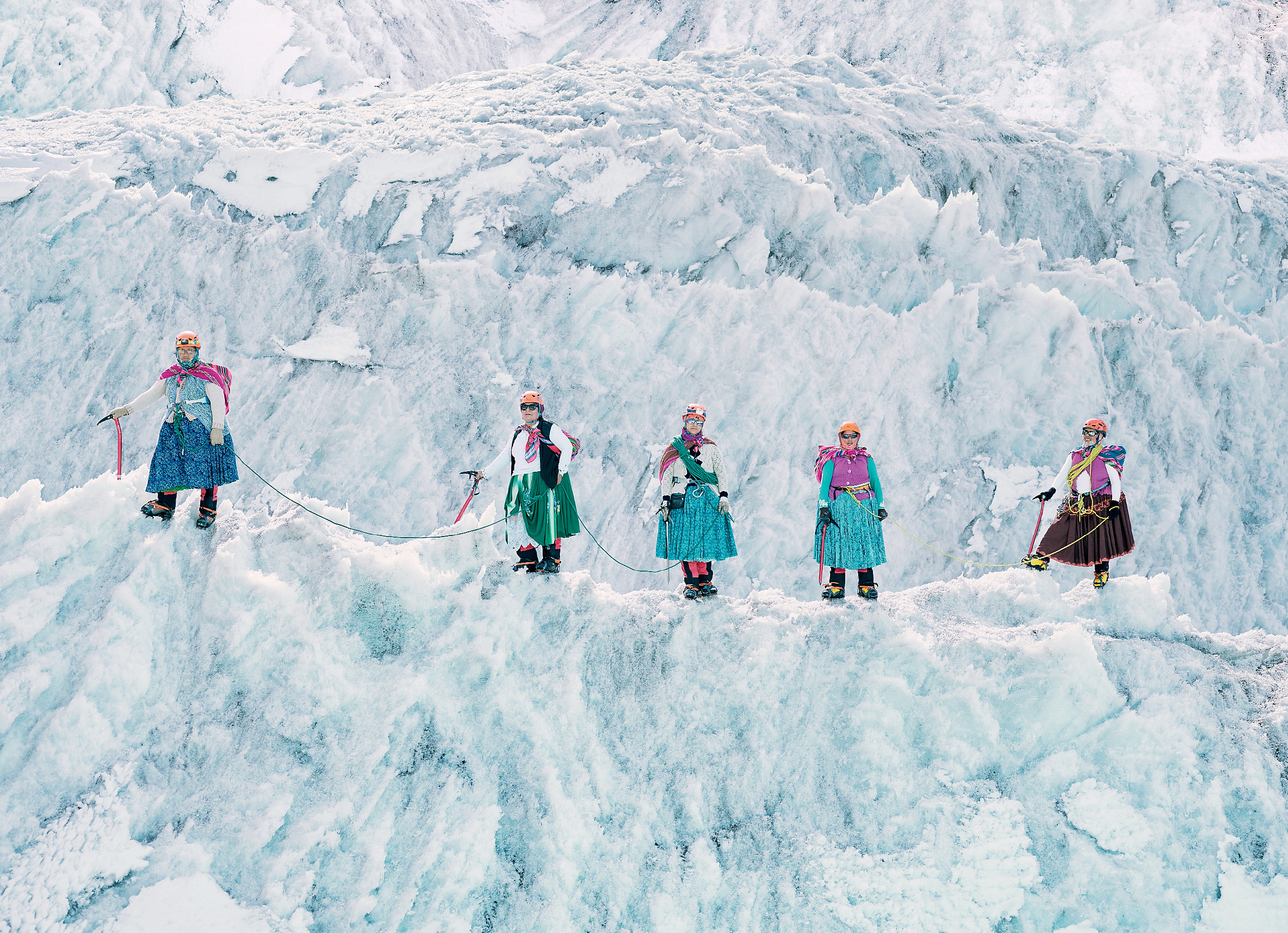 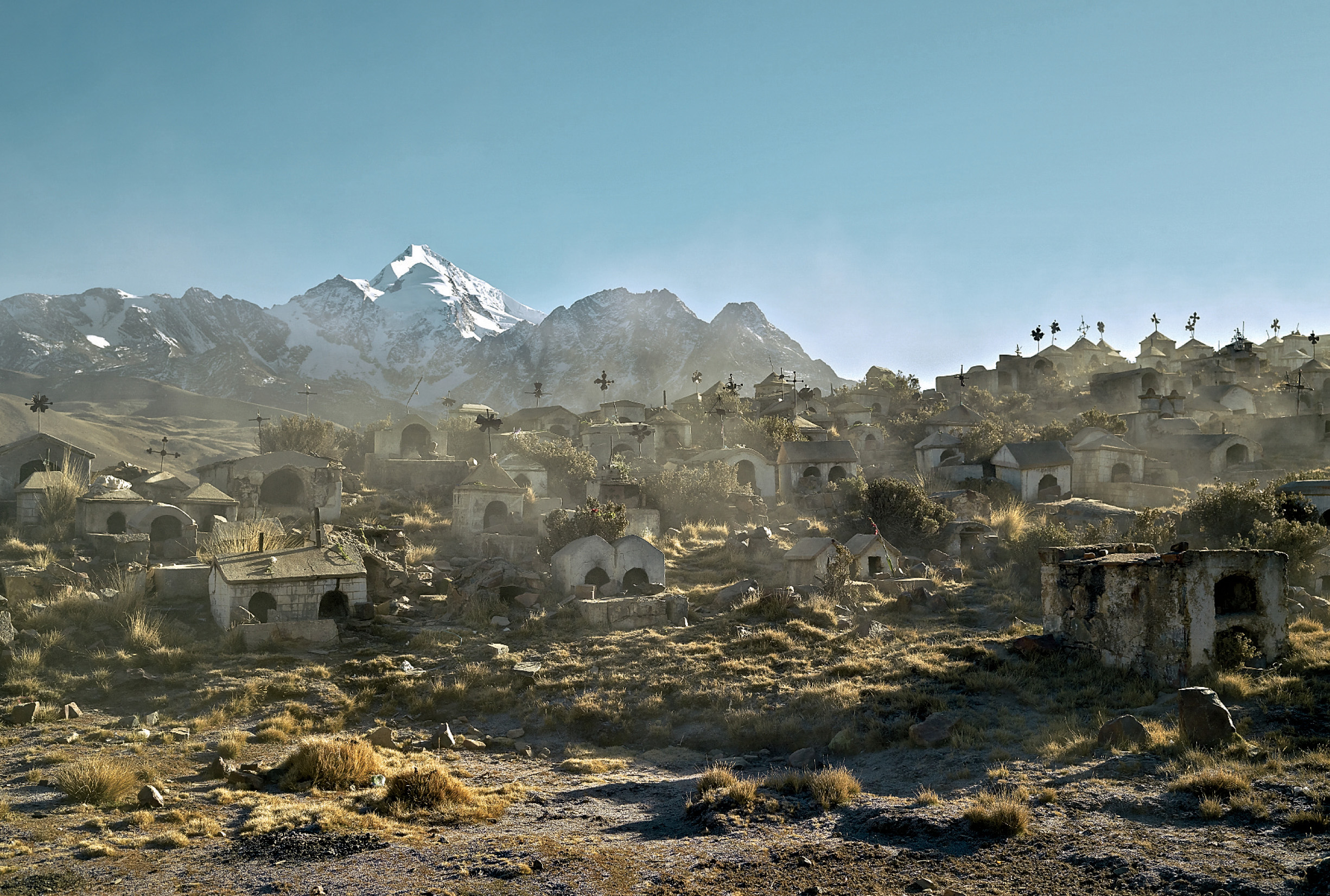 A graveyard at the foot of Huayna Potosí
■