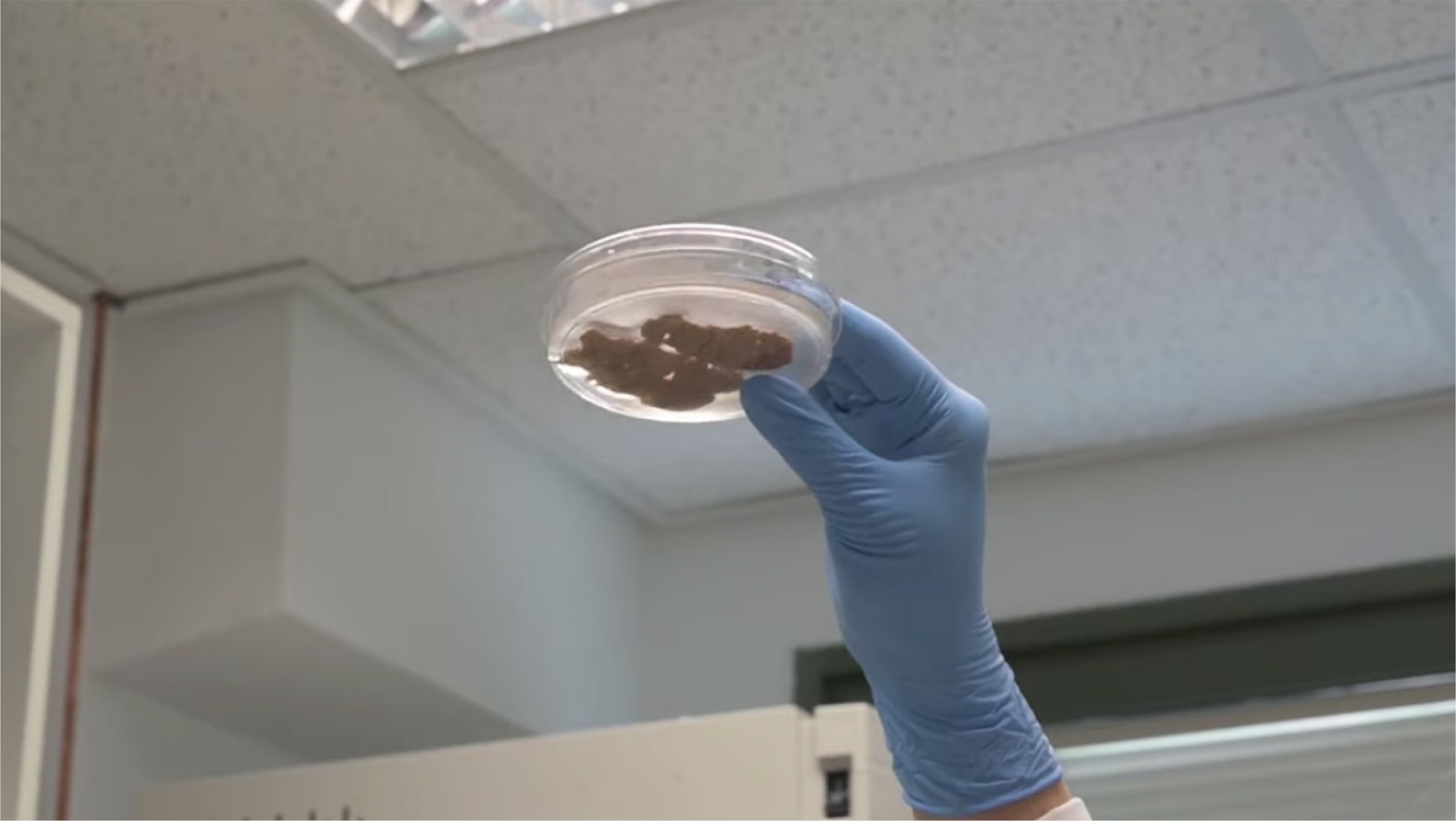 Most people like eating meat, but the ecological impact of raising livestock to feed 7 billion humans is not insignificant. So companies around the world are trying to come up with alternative ways of producing meat and meat-like materials. That’s all happened on Earth, but what about meat-loving astronauts? For the first time, we’ve made synthetic meat in space aboard the International Space Station.

Currently, your options for artificial meat are limited to plant-based materials from brands such as Impossible and Beyond. The next step might be to generate real meat with the aid of bioprinting. Israeli startup Aleph Farms has partnered with several 3D printing companies to conduct an experiment on the International Space Station (ISS). The company says this is the first time anyone has produced synthetic meat in space. We have no way to verify that claim, but it sounds extremely plausible.

Aleph Farms’ process for producing artificial beef relies on mimicking the natural muscle-tissue regeneration process in cows. If you’ve ever eaten a bad steak, you know it’s not just the animal cells that matter—it’s also the way they’re organized (as in, the texture). Aleph Farms says its process results in a more realistic piece of slaughter-free meat. Getting that meaty texture right has been a challenge for lab-grown meat, and doing this work in space could help inform how we do it on Earth.

The experiment took place in the Russian lab on the ISS using a printer developed by Russia-based 3D Bioprinting Solutions. Animal cells are mixed with growth factors to create the “bio-ink” for the printer. The printer lays down layer after layer of cells, which grow into a small piece of muscle tissue.

The company says bioprinting meat in space has the potential to be much faster than it is on Earth. Without gravity, the biomaterial can grow in all directions without a support structure. On Earth, you need a lattice and can print only from one side at a time.

We’re still a long way from making 3D-printed meat financially viable on Earth, but the costs of space travel are already astronomical. It might actually make sense for astronauts on extended missions to produce some of their meat in 3D printers rather than bringing it prepackaged. Aleph Farms aims to begin expanding its beef-printing techniques here on Earth as well, allowing it to make and sell meat that requires less water and farmland that the old-fashioned kind. ■