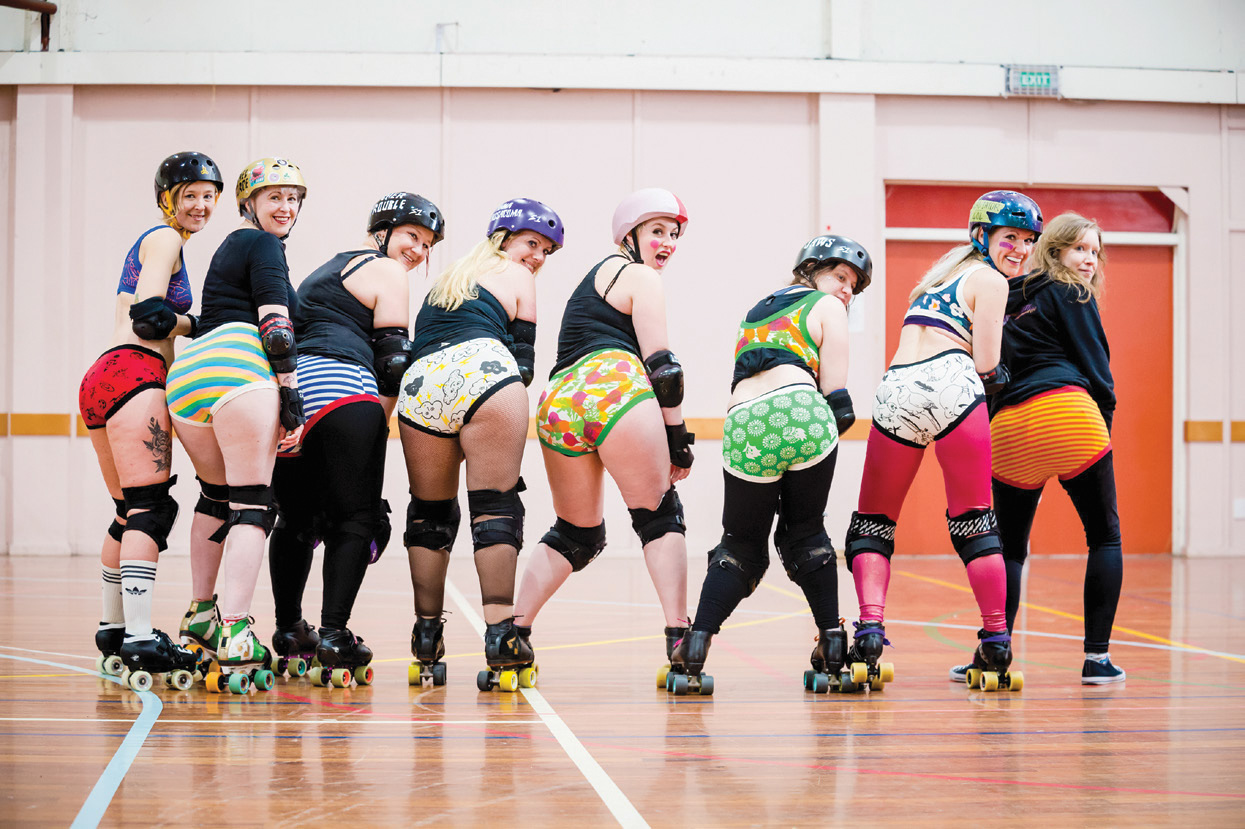 In 1995, fashion and textiles student Josie Bidwill decided to take a stand against uncomfortable undies – so she and a friend started making their own. “They were much more comfortable, featured bright colours and lasted longer than the ones we were buying,” she says. After selling some pairs to friends, the duo realised they were onto something.

“In our flat in Nelson, we would admire our wonderful sea view and plot our Thunderpants world domination,” Josie recalls. “We were doing all the printing, cutting and sewing ourselves and launched Thunderpants onto the market with an exhibition of the printed undies in a gallery.” Before long, the internet had transformed their business model, and Thunderpants began operating as an online store; Josie’s younger sister bought into the company, and Thunderpants HQ moved to Wairarapa in the North Island: “It’s where we’re from, and have stayed ever since.”

Nearly 25 years later, Thunderpants produce an impressive 50,000 garments annually. Alongside their signature pants, which come in a variety of colours and prints (everything from artichokes and sausages to cowgirls and goldfish), they’ve branched out into bedding, leisurewear, swimwear and kids’ clothing – all made from Certified Fairtrade Organic cotton. “I guess one of the key differences now is I’m not sewing them, and I’d have to say that’s a very good thing for everyone,” Josie jokes.

One thing that hasn’t changed over the years is the company’s values. “We’ve always liked to run things our way,” Josie reflects. “Our mantra has always been ‘work to live, not live to work’.” Thunderpants channel their ‘people over profits’ philosophy into every area of their operations, from how they make their garments to how they build their relationships with customers and the community. They source organic, fair trade cotton yarn from India that’s then knitted into their fabric at ABMT – a leading sustainable textiles company – in Melbourne. “Our supply chain is very small, and much of it we know intimately,” Josie says. “Where we can’t visit the premises, we rely on independent certifications such as Fairtrade.”

At the other end of this supply chain is the great undie-wearing public, another integral element of the Thunderpants ethical business equation. The brand isn’t just on a mission to produce comfy undies that come with a blessed promise of wedgie-free wear – they’re also committed to supporting meaningful initiatives. They achieve this in part through their Philanthropants campaigns, which Josie describes as having a “three-pronged approach”: Thunderpants collaborate with another organisation that’s affiliated with a charity, and then offer that charity either products or a portion of sales. Over the years, Philanthropants campaigns have included covering freight costs for books and medical supplies going to children in Cambodia; fighting food poverty by donating bananas and profits from banana-print pants to Kaibosh Food Rescue in Wellington; and giving an ongoing, annual supply of underwear to Charlotte Cleverley-Bisman, a young New Zealander who suffered severe meningitis as a baby and became the face of a campaign encouraging meningococcal vaccinations.

The brand’s sustainability initiatives involve waste minimisation and going completely carbon neutral. “We knew there were a lot of our packaging bags going to landfill, and it was niggling at us,” Josie says. Intent on finding a way to tackle the problem, Thunderpants began using plastic-free packaging for all their orders and repurposing their fabric offcuts – they periodically sell ‘patchwork pants’, crazy mash-ups of past prints that are guaranteed to liven up your downstairs. They encourage customers to repurpose their Thunderpants undies into everything from craft supplies to cleaning rags. “We get all sorts of emails and photos from people showing us their waste creations – it’s great!” Josie says.

The brand is also almost carbon neutral, having signed an open letter in 2018 to voice support for the New Zealand Government’s commitment to reach zero net emissions by 2050. “We’re currently looking at offsetting options,” says Josie, “and we’re hoping to have it all sorted within a year.”

Who knew that so much good could come from the humble underpant? For Josie and her team, Thunderpants is more than just a brand – it’s an opportunity to channel some good into the world by putting people first. “Thunderpants is really an extension of our personal lives,” Josie says. “How we operate as humans is how we operate as a company.” Just like a comfy pair of pants, it really is as simple as that. ■