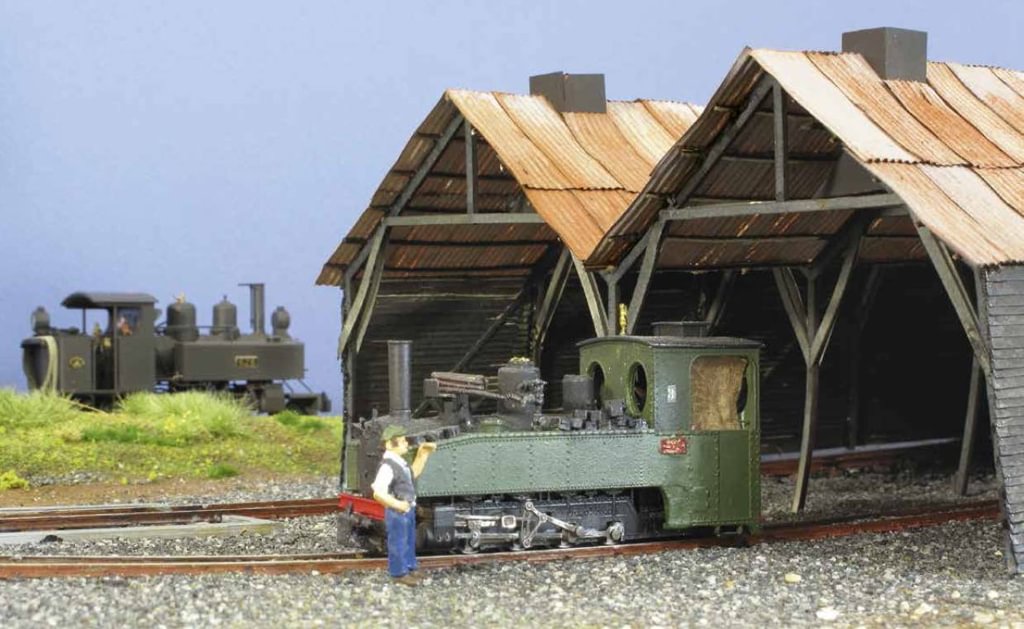 Early duties at Quittancourt depot. While Roger is preparing to open the smokebox door on the Brigadelok, a Baldwin is arriving with the morning train.

Slowly, but surely, my 1/76 scale layout is taking shape. The depot and its large shed will be one of its major features. In VL 97, I explained the use of card and paper to build the woodwork and the cladding of the shed. What remained was to build a roof that “blended” with this structure. Selecting the material was easy, as this type of building was, whether used by the military or by civilians, covered with sheets of corrugated metal. So corrugated sheet metal it would have to be… 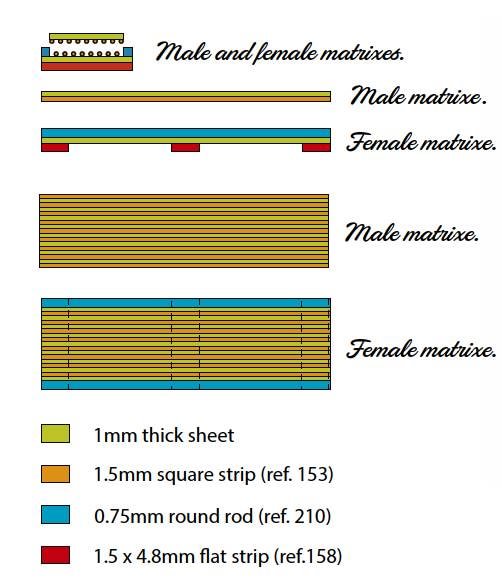 Figure 1. The embossing matrix makes use of Evergreen strips.

Sticking with the idea of scratchbuilding as many things as possible using simple materials, I opted to make my sheet metal myself. To do so, I designed a small tool to emboss the sheets one  by one (figures 1 and 2). Convinced that nothing would represent metal better than the real thing, I started by testing my system on pieces of domestic aluminium foil. The result was frankly disappointing. The aluminium got torn very easily and even the lightest handling left marks that erased the corrugations. Bad idea, something else had to be found.

That’s when I thought of making a test with paper. Once dampened, its shape can be altered without it getting torn, provided care is exercised. And above all, once dry, it retains whatever shape it was given. A quick test on rectangles of 80 gram typing paper turned out very promising. I obtained some nicely corrugated sheets that could withstand handling! 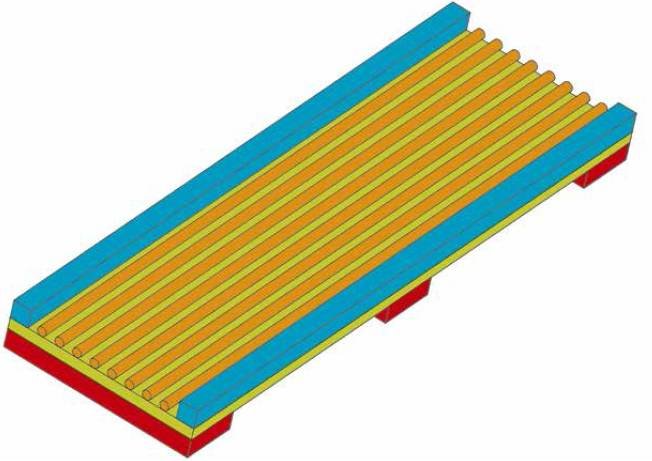 Figure 2. The lower tool seen in perspective. The colours refer to the caption of figure 1.

1 Before making my paper sheet metal, I had to assemble my two matrixes. They consist of Evergreen 0.75mm round strip (ref. 210) glued perfectly parallel and regularly spaced on a 1mm thick supporting sheet. The round strips extend beyond their respective supporting sheets. In this way, offcuts of round strip of the same diameter can be glued at the end, ensuring suitable spacing between the strips. 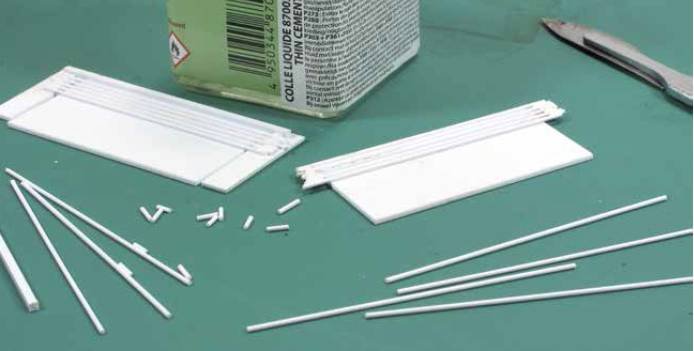 2 After having left the parts to dry thoroughly on a flat surface for the night, to let all the glue solvents evaporate, I trimmed off my strips flush with the supporting sheets. The lower matrix – the female one – has two 1.5mm square strips (ref. 153) fitted to its edges. The male matrix fits in between them. 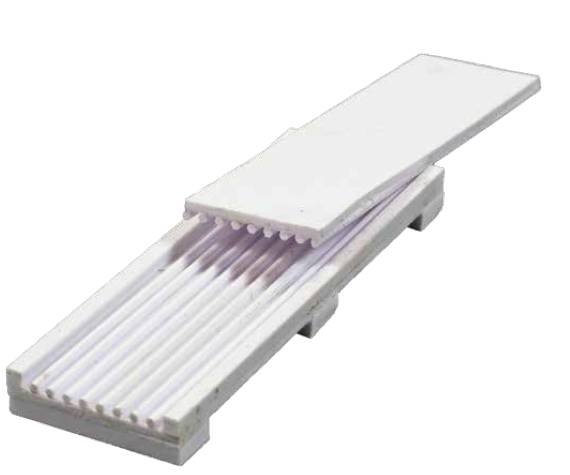 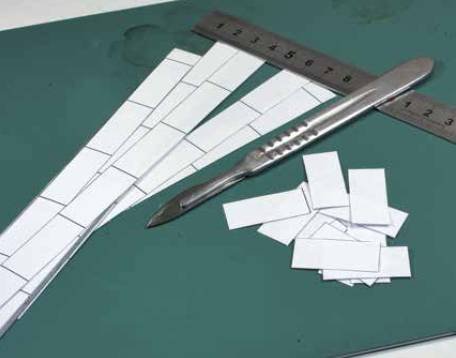 4 The sheet metal is coloured before being embossed. To do so, I prepared two shades. The base colour is Payne grey ink from the Pébéo range, diluted 50 per cent, with a few drops of Cléocolle adhesive added. The second cup contains a rust-coloured Vallejo wash. The rectangle of paper is first coloured grey on both sides. I then apply the rust weathering, insisting more or less in some places depending on the effect I’m after. 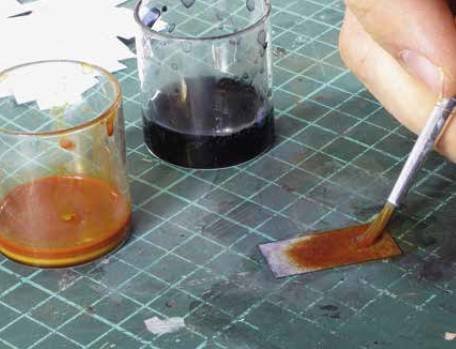 The purpose of the adhesive is to make the paper a tad more rigid when drying out. 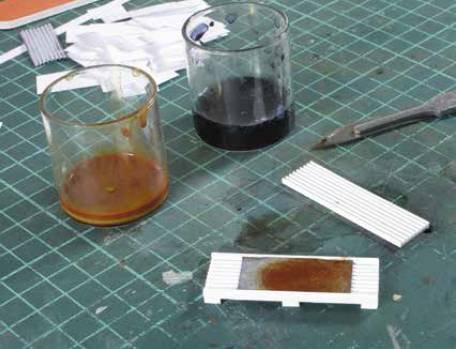 6 The male matrix is put in place over the paper, and the two parts are pressed together uniformly. Finger pressure for a few seconds is amply sufficient. Tests carried out with pliers showed this was useless extra work. 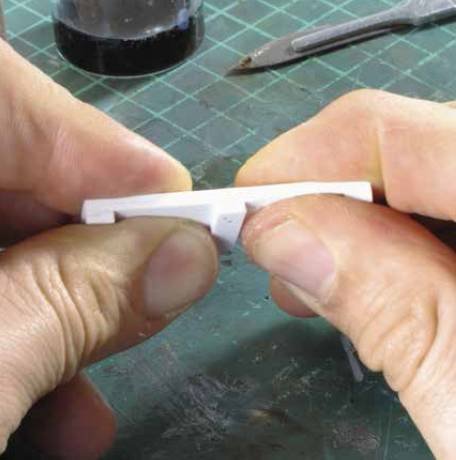 7 Hey presto, here is my corrugated sheet metal, straight out of the matrixes! The corrugations are neatly marked and will persist once the paper has dried. For the time being, the damp sheet still looks rather dark. It will get lighter gradually. 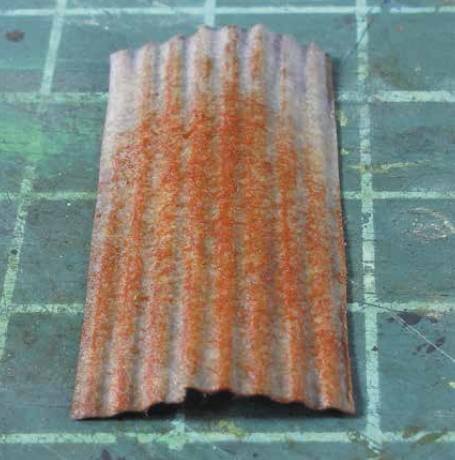 8 One hour’s worth of work, somewhat repetitive, was enough to produce the roofing for my shed. The sheets seen at the top right were embossed first. Their final colour is quite visible, pretty close to real metal sheet that has been exposed to the elements for some time, which has suffered from years of war and reconstruction. 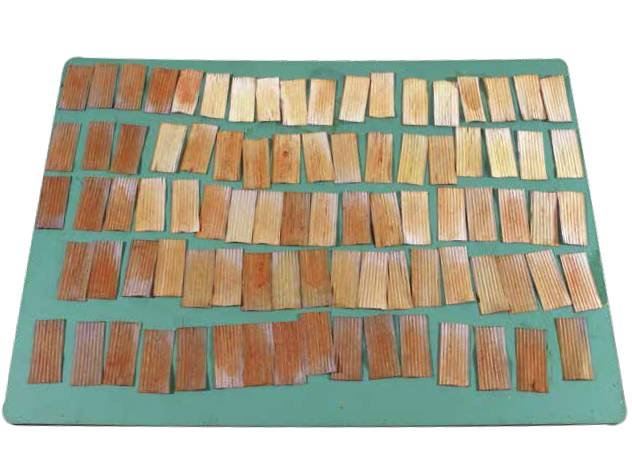 Some sheets also display gashes or are not perfectly flat. This enhances the realism of my roof .

9 Once the sheets have dried out thoroughly, all that remains to be done is to glue them one by one to the roof framework, with a prototypical overlap. At this stage, it is still possible to touch up the overall colour of the roof using pastel powders applied dry with a brush. 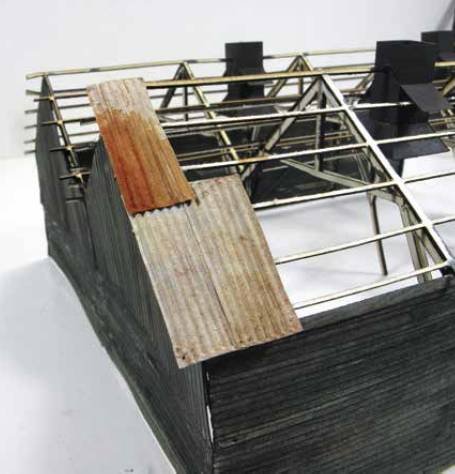