departments
/ smart
Home Grown
A new generation of pantry gardens takes local produce to the next level, but do they have a future in every kitchen?
TEXT BY Jennifer Pattison Tuohy
ILLUSTRATIONS BY Jay Cover Should your kitchen be a farm? With food transportation and waste accounting for as much as 30 percent of a home’s carbon footprint, that plastic clamshell of spinach transported by truck is a prime target for carbon cutting. Buying only locally grown veggies and diligently recycling containers helps, but if you grow greens yourself, there’s no transportation, no packaging, and much less food waste. But what if you don’t have outdoor space? Or you’re horticulturally challenged? There may be a solution—a living pantry.

Taking the carbon-conscious concept of farm-to-table a step further, a living pantry is a supercharged indoor garden that practically tends itself. A new crop of these appliances promises to make it easy to grow fresh greens, organic herbs, and even things like beets, celery, and tomatoes inside your home. They aim to take the guesswork out of gardening by providing the perfect temperature, lighting, nutrients, and water to your seedlings, caring for them 24/7 while you sit back and relax, monitoring progress through an app. The software sends alerts when it’s time to plant and time to harvest to ensure a consistent supply. Even the most enthusiastic production estimates indicate a family of four will net only a couple of salads a week. But it’s a start.

Living pantries allow healthier eating (vegetables lose up to 30 percent of nutrients within 72 hours of harvesting), plus they use less energy and fewer resources than traditional farming, help curtail food waste (you cut only what you think you’ll eat), and dispense with plastic packaging—a climate-change-combating trifecta.

“Countertop growing systems have been around for about a decade. What’s different now is that big appliance brands are playing with the concept,” says Michael Wolf, industry analyst and founder of the Smart Kitchen Summit. At this year’s CES, a consumer electronics show, Samsung unveiled its Bespoke Plant fridge and LG wowed with its Harvester indoor vegetable cultivator. Miele had already beat them both to market with its December acquisition of Agrilution, the Munich-based maker of Plantcubes, which cost $3,300 and fit in your kitchen like a wine fridge, only they grow lettuce, herbs, and microgreens.

Hank Adams, founder of Rise Gardens, a modular living pantry that starts at $550, sees these devices as a way to complement what you buy from the farmers’ market. “Growing things out of season, in particular, is a good-use case,” he says. As to the cost, he argues that Rise is cheaper than regularly buying out-of-season cut lettuce and other shipped-in produce from an organic grocery store.

Design is also key. Rise has a modern look that could fit in a living room as easily as in a kitchen, and offerings from the big appliance manufacturers blend right in with the all-stainless-steel aesthetic. But they’re still small weapons in the climate change battle. Ultimately, if we’re going to transform the way we consume food, our entire kitchens need to change. 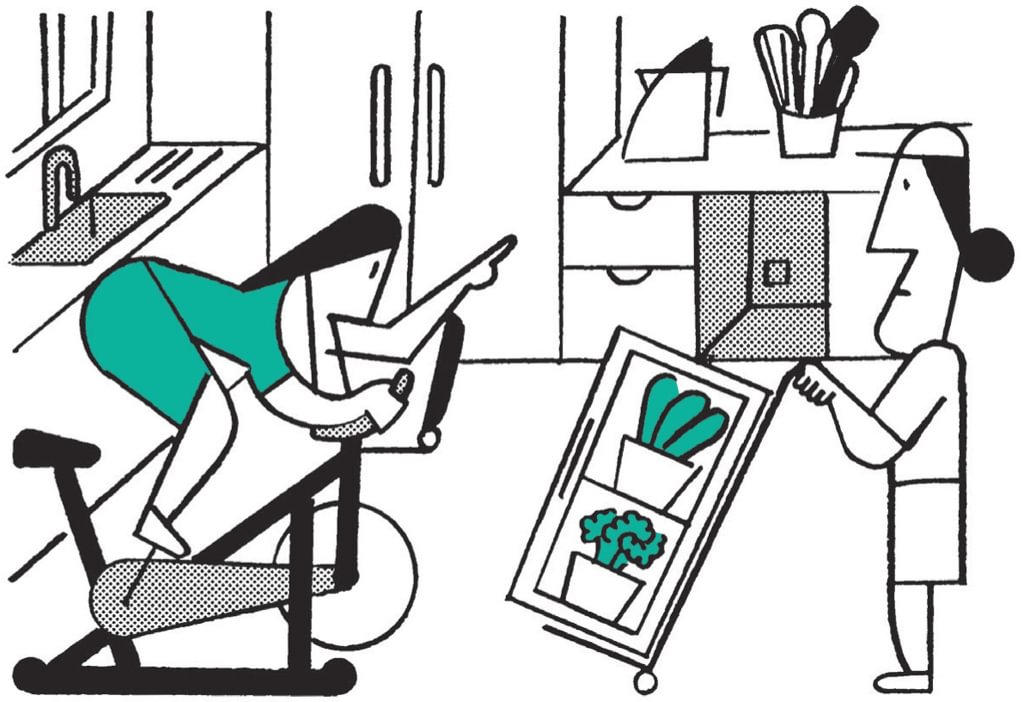 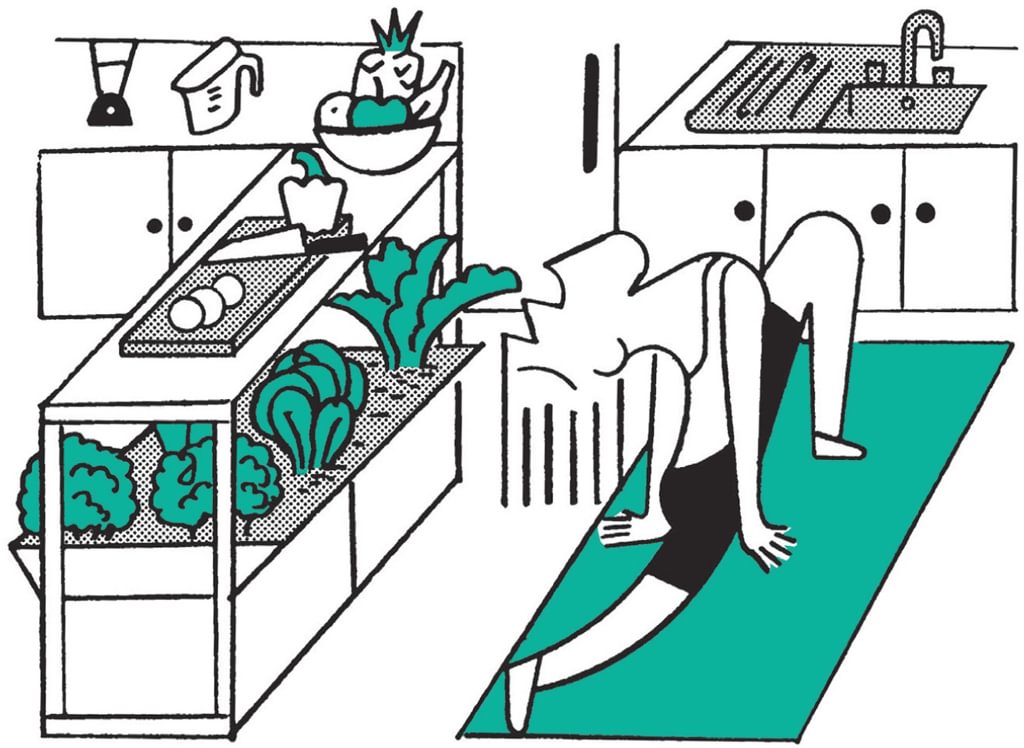 “The green kitchen is like the hybrid car was twenty years ago. There are people who are willing to spend a little bit extra and get out of their comfort zones to have what they see as a positive impact on the earth.”
MICHAEL WOLF, FOUNDER, SMART KITCHEN SUMMIT

GE’s ambitious HomeGrown concept, also displayed at CES, offers a glimpse into that future: an entire living kitchen featuring fruit trees, walls of greens, and integrated solutions—such as funneling gray water from your dishwasher to feed the veggies and compost from your garbage disposal to fertilize the trees—that could maximize energy and water efficiency and reduce food waste.

“This type of living-kitchen concept makes a lot of sense, and it will become fashionable to have these ‘green kitchens,’” says Wolf. “The question is, do they just make a statement, or can they actually provide a significant amount of food?”

Perhaps they don’t need to—they just need to be another link in the chain. “Indoor growing isn’t a complete substitute, far from it,” argues Andrew Deitz of Verdical, a start-up supplying living pantries to restaurants, hotels, and school cafeterias. “It’s not an either-or, it’s an and. We’ve got eight billion people to feed. We’ve got to use it all.” ■