IN THIS ISSUE
What We Think About When We Think About Football
With another month of agony, ecstasy and hyperactive national pride upon us, MH takes an atypically cerebral view of the beautiful game and asks why the World Cup means so much to us
WORDS BY PAUL WILSON 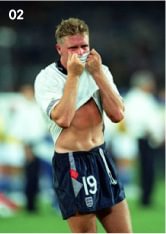 “There is no question,” says writer Simon Critchley, “that football is drowning in bullshit.” You could argue with that, or with any of his other thoughts on the world’s most popular game – as a professor of philosophy at the New School for Social Research in New York, he’d gladly take up your intellectual challenge. In his book What We Think About When We Think About Football, Critchley eloquently suggests that, beneath the managers-and-money soap opera, the sport and the act of watching it have a far deeper, more profound meaning. There may be no better time than during a World Cup, when beer gardens reach saturation point and the game supposedly ascends to its highest level, to ponder our national obsession and asks what it says about our psyche.

So, why write the book?

I was trying to get close to the lived experience of watching the game, or perhaps playing it, and to draw things out from there – the philosophical implications. Watching football is poetic, and I wanted to explore that. 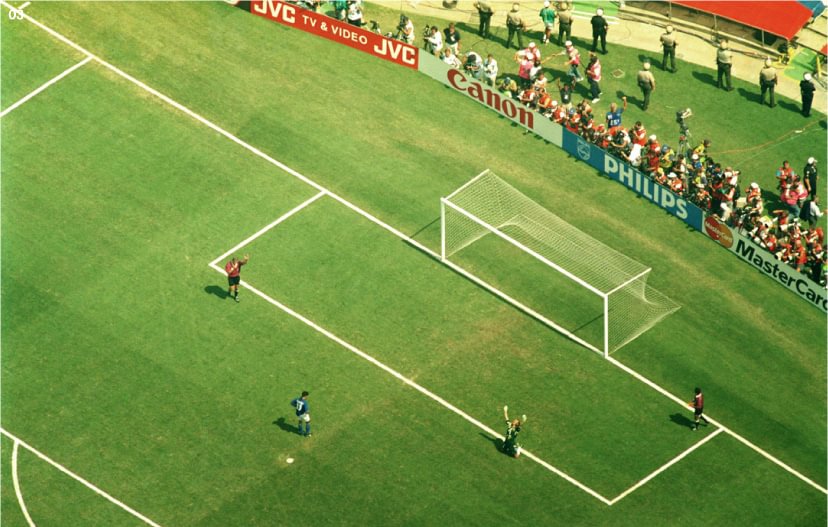 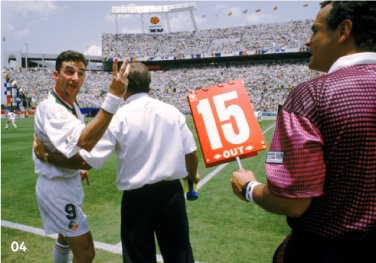 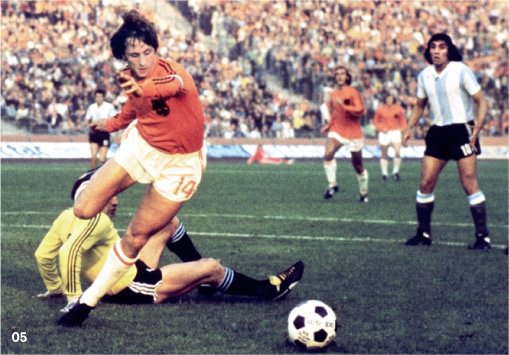 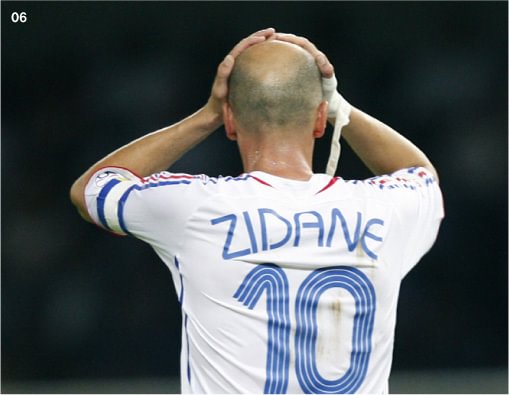 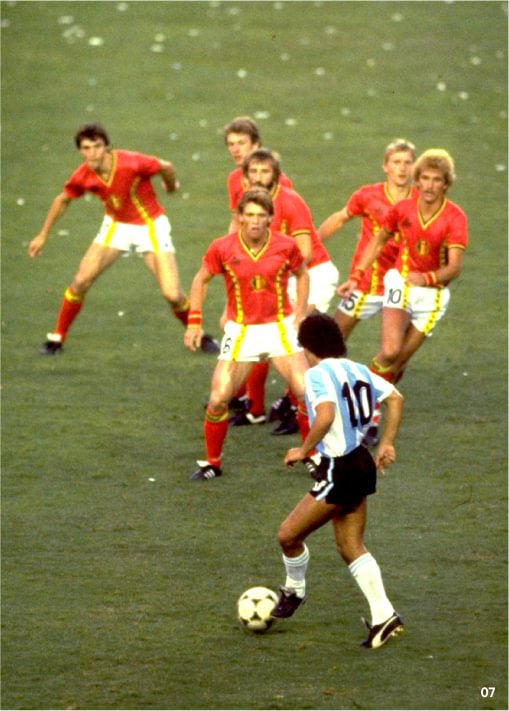 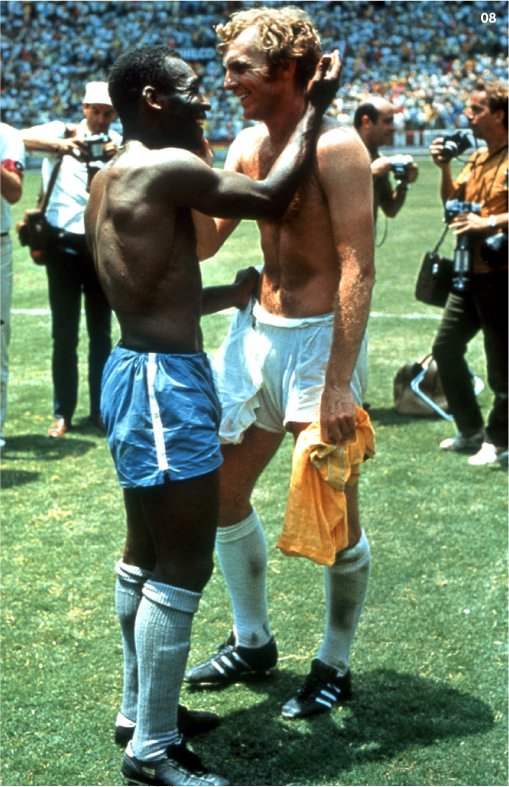 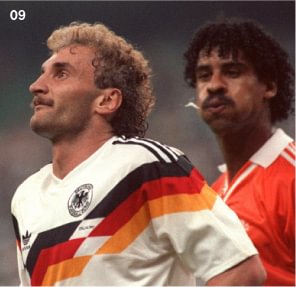 How is football poetic?

The shapes, the movement and the organisation of the team – the dynamics of it. I find a beauty there, even when I’m watching it on TV. What’s not poetic are the commercials, the Champions League music, the punditry at half-time. But these all fall away when the game kicks in. I’m not much of a yelper at live matches, but if I’m watching my team on TV, I’ll leap out of my seat and punch the air, or do a fist pump. It’s extremely embarrassing. I’d never do that in public.

And your team is?

My family is from Liverpool. My dad used to train at Anfield in the 1950s, when Liverpool were in the second division. Everton were the big team then, but I was raised to be a Liverpool fan – and it became a very good time to be one. It all waned for me a bit in the 1980s, when I was a student, as liking football wasn’t cool like it is now. But I secretly kept watching it. Liverpool games are a source of fear and anxiety for me, but I enjoy other games because I can just watch the spectacle. There’s something about the sound of a game that hypnotises me.

You write that football generates a unique type of ecstasy in fans. How so?

You can get a similar feeling when you’re in love, but there is something about the sober immersion in football that is unlike anything else. The idea of watching games while drunk never makes sense to me. I want to watch a game and experience the quiet ecstasy it creates. If it goes well, you can have a drink afterwards.

“Sensate ecstasy”, as I call it, is not the ecstasy of intoxication. You don’t go out of your mind. Instead, you’re very much there, attending to something that you’re watching unfold very carefully. The ecstasy you feel is almost analytical. You can have it with other experiences, but there’s a special kind of 360-degree feeling when you’re watching football.

Aren’t you in danger of over-egging it?

When I’m with my Liverpool-fan friends, we start off talking about what happened in the previous game. But then we go deeper. I think a lot of people do that. People feel almost ashamed that football means as much to them as it does. It is a problem. Arguably, other areas of our lives should be more important than football. Maybe football is a substitute for an experience of community that we have lost, and that’s really sad.

But isn’t it good that football brings people together?

Football is a virtual community. This is true even at an amateur level, with people playing for and running teams. But it’s linked to more substantial ways of life and patterns of moral behaviour. Football comes out of a very ordinary idea of social life. Teams began as social clubs, boys’ clubs, related to churches or pubs. Those were grounded in traditions. What we have now has lost a lot of the substance.

Can you offer an example of football doing something with substance?

Well, a great thing about it is that you can get to know people very quickly through a kind of code. Football is one of the few mediums through which we communicate with strangers. When you’re watching a game, you have this thing in common and you can end up in unlikely but interesting conversations, because people tend to know a lot about the subject. In football discussions, arguments are presented and counter-arguments are carefully listened to, even by those with a deep commitment to a particular team. Listening to another point of view can lead you to change your mind.

It happens all the time, at least in my experience. For example, a 10-year-old fan of a rival team can say something I hadn’t considered before, and I’ll take it on board. There is something about the rationality of football discussions that is very interesting. At the same time, I know – as we all surely know – that it’s stupid.

Some people complain that football is now swamped in too much information. Do you think that’s fair?

First, let’s look at the sport objectively. Increasingly, there’s the idea that we can understand the game better with data: the number of completed passes, assists, and so on. These are relatively new phenomena that I think explain very little. Then there’s the subjective side: the post-match interview in which players are asked what they were thinking when they scored a goal. The reality is that they were not thinking. They were reacting, and that’s what’s important.

Football takes place in what I call the “middle kingdom” between subject and object. When the game is happening, everything feels alive. In ancient religions, there is an idea that all things, not just humans, are alive. Now, we know scientifically that this is not the case. But in football, it feels as if the whole experience is alive: there are no dead objects. The game is vibrating between you and the things out there. That’s what I mean by the middle kingdom.

Is there a middle kingdom on a wet Wednesday night in EFL League Two?

I used to go to watch Colchester United, because they were the team closest to where I lived at the time. When my son was five, I took him to his first game at their ground. At the lower levels of football, there’s an extraordinary dignity among the fans: people who turn out week after week, with their rituals, their programmes and their badges. The spectacle of the Premier League is, of course, terrific, but what’s going on in the lower leagues is much more heroic. My nephew has been to every ground in the four divisions. He’s a Luton Town fan, so he knows about suffering.

Don’t we all suffer when England go to the World Cup?

With England, it’s one long anxiety dream. It’s the strangest thing. When they played Italy at the 2014 World Cup, somewhere in the middle of the Amazon, England suddenly decided that the best way to play Italy was to play like Italy. It was extraordinary. That is, until the point when Italy decided to play like Italy. Andrea Pirlo did a dummy and then it was 1-0. Is it fate that we feel?

For most people who watch England, their relationship with the team is powerfully ambivalent. It’s always been club above country for me. I admit that sometimes I want another national team to win a tournament because of its players at my club. But there is always a part of me that longs for England to do well. You just know they won’t, because the players are too tired from playing all year, while other national teams have been resting and playing fewer games. Or maybe it’s altitude – whatever the reason. I hope the inevitable won’t happen this summer, but I fear it will. I try to repress that fear.

Is it harder to relate to players now because they are aloof and so athletic?

You can still look at the players and imagine how a body does what it does, then relate it to your own experiences of playing the game. I’d be curious to know what kind of commentary is running through young people’s heads when they’re playing now. I’m sure they are emulating the great players.

Today’s players are faster and fitter and can spend longer at the top, which just didn’t used to happen. Great players used to have a peak of five or six years. Cristiano Ronaldo, through his intensely narcissistic physical perfectionism, has been able to maintain his ability. On the other hand, players don’t seem as much fun as they used to be. They’re on message all of the time – almost scripted. I would love to know what they really think. Simon Critchley’s What We Think About When We Think About Football (Profile) is out now in paperback