STORIES
/ mindful health
Caring for Your AMAZING BRAIN
Making smart lifestyle choices now will support the health of your brain for years to come.
By Linda Graham 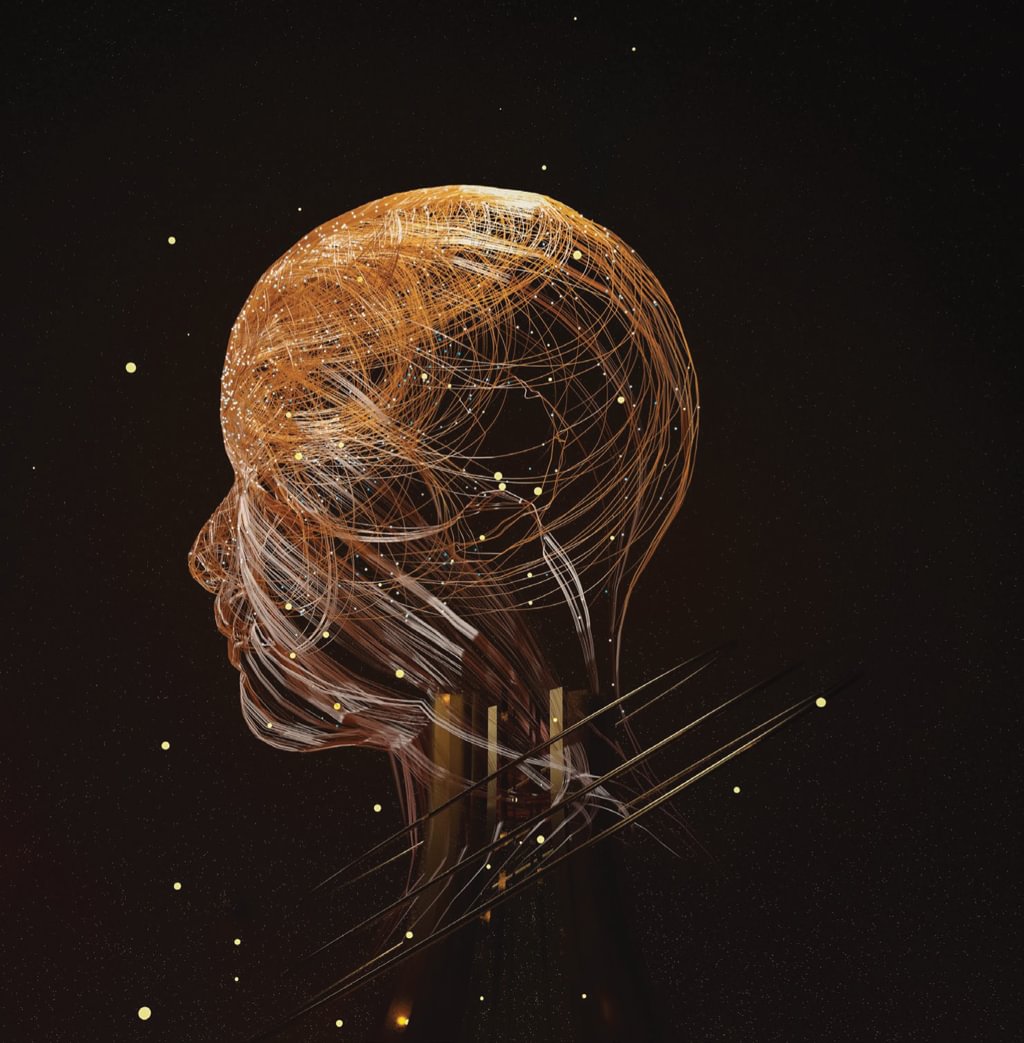 The human brain is the most dazzlingly complex entity in the entire known universe: 80 billion brain cells, with additional neural cells throughout the body. Each neuron connects across synaptic gaps to thousands of other neurons, resulting in trillions of connections responsible for all of the brain’s internal communications and processing and all of our external behaviors and creations. Neuroscientists are beginning to map those connections, drawing the brain’s neural “connectome,” much as molecular biologists have mapped the human genome. There are as many neuronal connections in a single cubic centimeter of brain tissue as there are stars in the Milky Way galaxy. Contemplating the brain boggles the mind.

Protecting and nurturing the functioning of your brain is important for your long-term health and well-being. You can make lifestyle choices that protect, exercise, and strengthen the physical brain, which in turn supports the complexity of all of your emotional, relational, and cognitive functioning.

Exercise makes you smarter. It can help you think more clearly well into old age. Exercise can even help reverse memory decline as you age.

Research in the last 10 years has made it abundantly clear—we need to move our bodies not just for the health of our heart, lungs, muscles, and joints, but also for the health of our brain. One of the best things you can do for your physical brain is to break a sweat with aerobic exercise.

Vigorous exercise makes your brain release brainderived neurotropic factor (BDNF). This is the hormonal growth factor that causes your brain to grow new neurons, particularly in the hippocampus, the structure of the brain that consolidates learning from new experiences into long-term memory. BDNF also stimulates those new neurons to increase the length, density, and complexity of their dendrites (the extensions of the neurons that receive input from other neurons), creating “thicker,” more complex networks in the brain. In addition, BDNF speeds the maturation of new neurons into fully functioning brain cells. This protects related structures, like the prefrontal cortex, from brain atrophy and cognitive decline. Exercise makes you smarter. It can help you think more clearly well into old age. Exercise can even help reverse memory decline as you age.

Regular exercise also stimulates the heart to pump more blood to the brain, increasing the flow of oxygen and glucose in the brain that fuels all of the brain’s activity. Furthermore, exercise causes the release of essential neurotransmitters like serotonin, dopamine, and norepinephrine that stimulate various types of brain activity; endorphins that make you feel; and acetylcholine, which increases alertness. Because of these effects, exercise has been shown to be as effective an antidepressant as Prozac in head-to-head clinical trials. 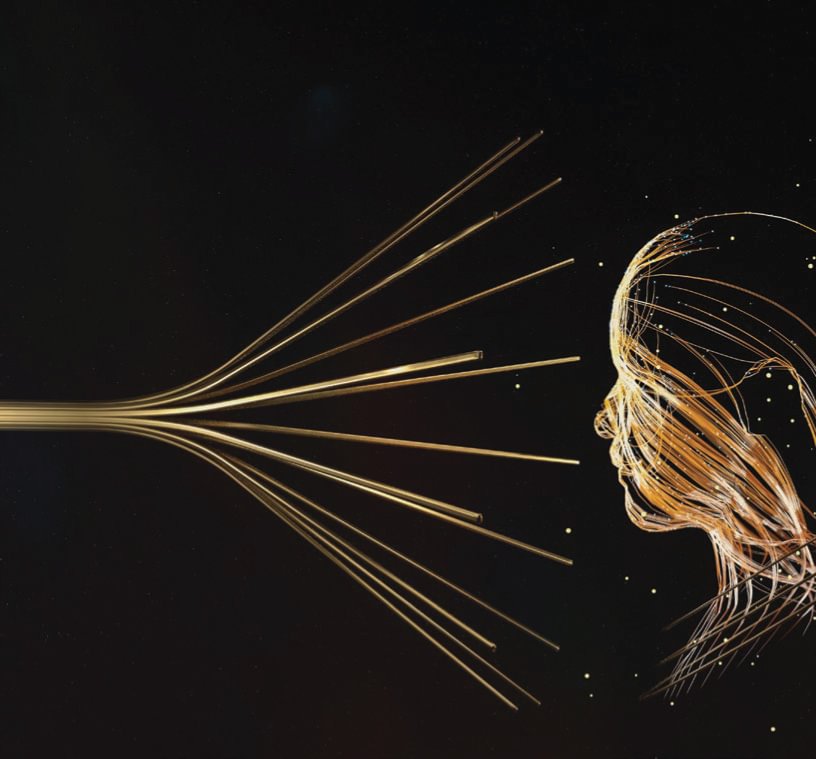 Exercise regenerates our telomeres, the protective protein sheaths at the ends of our chromosomes, likened to the plastic caps on the ends of our shoelaces that keep the laces from unraveling. Because telomeres keep our chromosomes from unraveling as they replicate, protecting our telomeres prevents copying errors in our DNA and extends our span of healthy life. Exercise also extends our span of healthy life because it acts as an anti-inflammatory, reducing the underlying causes of many systemic diseases and delaying the onset of degenerative diseases. The body needs to move for about 30 minutes for the brain to release feel-good endorphins. Three times a week is good enough. Five times a week is great. Little and often applies here, too: moderate exercise over several days is more effective (and safer) than a big workout once a week.

Activities like running, vigorous walking, bicycling, swimming, and using the stair climber at the gym are bilateral movements (moving the two sides of the body alternately, thus stimulating the two hemispheres of your brain alternately) and have an especially calming effect on your nervous system while nourishing your brain. Exercising with others—dancing, tennis, basketball, and volleyball—activates your social engagement system, creating a sense of safety in the brain and priming its neuroplasticity. Activities like these also engage the dopamine pathway of pleasure and reward in the lower brain that keeps you motivated. Mix it up to keep your exercise routine interesting. Recruit a buddy or join a good gym to expand your options and enhance your motivation.

Curiosity can be an important part of creativity—following one idea, one turn in the road after another, with open-minded interest.

Lack of sleep affects your metabolism, immune system, and genetic health — and especially brain health. If you get only five to six hours of sleep every night for a week, you likely have the same level of cognitive impairment as if you were legally drunk.

While you are sleeping, doing “nothing,” the brain is doing vital tasks:

• Consolidating learning and memories from the day and storing that learning in long-term memory. Sleep optimizes cognitive functioning, restoring your ability to process information and retrieve information quickly when you are awake.

• Restoring the equilibrium of the nervous system. Sleep absorbs the stress hormone cortisol. REM sleep is the only time the brain is clear of norepinephrine (adrenaline), processing memories of the day but without emotional charge. There’s less anxiety in the morning.

• Allowing the prefrontal cortex to rest from its executive functioning and from controlling your impulses, making it better able to function again the next day.

Sleep researchers have long known about the brain’s two main forms of normal sleep. The first one, REM (rapid eye movement) sleep, is a slight activation of the sympathetic nervous system. We dream during REM sleep (nightmares result from too much activation). The second one, slow-wave sleep, is a deeper, nondream sleep, an activation of the parasympathetic nervous system. Through imaging technologies used in sleep study labs, scientists have discovered that the brain has a third form of sleep. If your brain gets overtired during the day, it will shut itself down for a fraction of a second—a break so short you don’t notice it—and then turns itself back on so that you keep functioning.

Researchers have identified foods that promote good brain health. The MIND diet (standing for Mediterranean Intervention for Neurodegenerative Delay) is a good example, recommended to help prevent, reduce, and reverse cognitive impairment from aging and dementia. It includes lots of vegetables, dark leafy greens, nuts, berries, beans, whole grains, fish, poultry, and olive oil. The omega-3 fatty acids found in fish and some nuts and seeds are particularly important nutrients for the brain.

The brain learns and rewires itself from experience all the time. The more complex the experience or the learning, the more integrated the functioning of the brain, because more of our senses and regions of our brain are engaged in taking in the new information and processing it. That work of integration and complexity, which harnesses the brain’s neuroplasticity, is a protection against brain atrophy—losing brain cells as we age. It’s called building cognitive reserve. You did that when you were younger by going to college or mastering a craft. By keeping your brain active, you have more brain cells in the bank, so to speak, to buffer the loss of brain cells that comes naturally with aging.

To create a surplus of gray matter, try learning:

• to play a musical instrument

• to speak a foreign language

• to play a complex game like chess or go

• your way around a new city

• your way around a new relationship

• your way around a new service activity in the community

All of these examples involve procedural learning: The brain is learning how to do something and processing that experience, not just memorizing new facts. The more complicated the learning, the better.

5 Get Creative, Be Curious

Any creative endeavor—stream-of-consciousness journaling, process painting, mixing ingredients together without a recipe, making up a new game with your children—pushes the functioning of the brain into new territory and puts the brain in a state of flow. That puts new brain cells to good use. Curiosity can be an important part of creativity—following one idea, one turn in the road after another, with open-minded interest and without preconceptions or judgment. Curiosity is a great spur to creativity. Children tend to approach their world with uninhibited curiosity and wonder at the most ordinary rainstorm or bug.

Play—encountering or creating new situations, dropping into the defaultmode network in the brain, making up new rules, new characters, or new worlds—gives the brain a good workout. Play often also engenders laughter, a sense of connection with other people or things in our world, and a sense of relaxation and ease. All of those are good for the brain, too.

We can be so busy and pressured that we forget to laugh and play, and then we forget how to. If you experienced a lot of trauma in your early life, you may never have learned how to safely laugh and play. This capacity is fully recoverable with practice.

7 Hang Out with Healthy Brains

Focus on the power of social interactions with people, casual as well as intimate, to foster brain health and psychological health. We continue to evolve as we mature and move through life in new ways. Sometimes we coevolve with others, and marriages, friendships, business partnerships, social groups stay intact and flourish. Sometimes shared interests and life paths diverge, and we find ourselves drifting out of touch with people who were once close and significant to us. Sometimes in our own maturing and healing we are no longer as tolerant as we once were of hanging out with unhealthy brains.

Researchers are documenting our rapidly escalating overuse of digital devices and identifying the increasingly serious effects on our brains, our relationship, and our resilience—especially the effects on young, still-developing brains. In a world where you brain is constantly bombarded with emails, texts, tweets, and posts, one of the best things you can do for it is to let it rest. Rest from long periods of energy-consuming focused attention and the overstimulation of incessant incoming messages that can negatively affect several essential capacities of your brain. 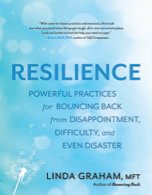 Excerpted from the book Resilience: Powerful Practices for Bouncing Back from Disappointment, Difficulty, and Even Disaster. Copyright ©2018 by Linda Graham. Printed with permission from New World Library. www.newworldlibrary.com

Linda Graham, MFT, is a licensed marriage and family therapist and mindful selfcompassion teacher in the San Francisco Bay Area. She is also the author of Resilience: Powerful Practices for Bouncing Back from Disappointment, Difficulty, and Even Disaster (New World Library, 2018). ■