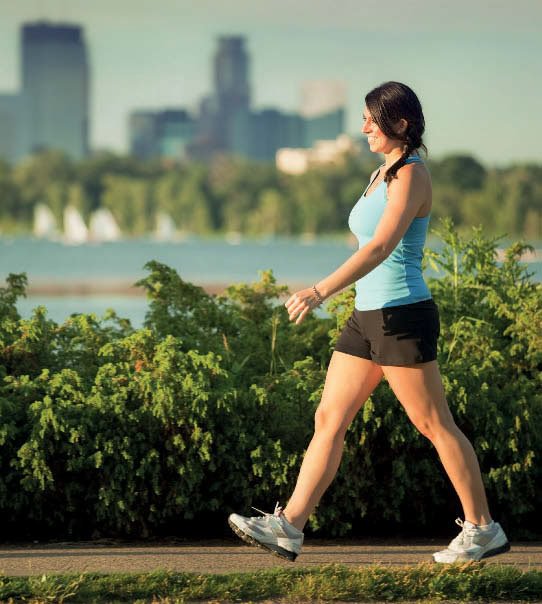 THE higher your daily step count, the lower your risk of death per year, according to a new analysis – but the link only goes so far.

We have long been encouraged to walk as a way of improving health, but many studies on its benefits have focused on people in their early 60s and have sometimes ignored minority ethnic groups.

A new analysis, by Pedro Saint-Maurice at the US National Cancer Institute and his colleagues, looked at 4840 people who were representative of the US population over the age of 40. Between 2003 and 2006, all participants wore an accelerometer for a week.

The team found that the average daily step count was 9124 paces, higher than many previous studies. That may be because the study included younger people, those in less sedentary jobs and more men, who tend to be more active.

But taking more than 12,000 steps didn’t seem to show a further reduction of mortality risk. Up until 12,000 steps, more paces equated to a lower risk of dying per year regardless of sex, race, level of education, health condition and whether a person smoked or drank alcohol. The intensity of the steps taken also had little to no effect on the mortality risk (JAMA, doi.org/dqm4). ■