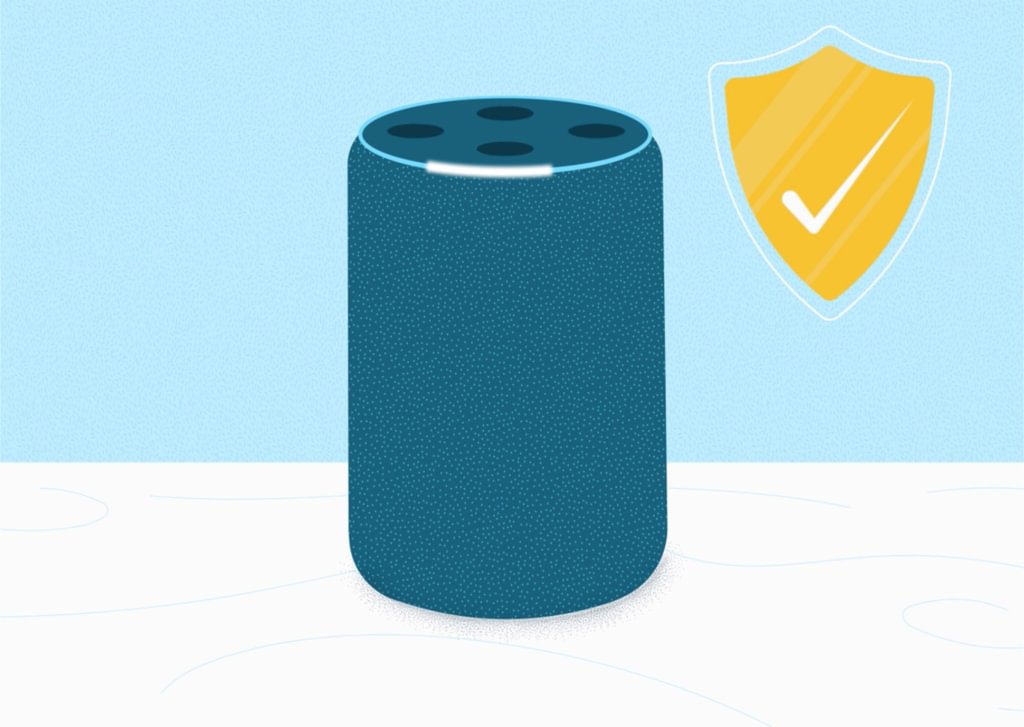 Amazon Echo owners, you can protect your home with a handy feature called Alexa Guard. With this option enabled, Alexa can send you notifications when your Echo detects certain sounds, such as smoke alarms or breaking glass: Alexa texts you a Smart Alert through which you can listen to the detected sounds that raised the red flag.

Alexa Guard can also turn connected smart lights on and off, to make it seem as though someone is home. And although Alexa can’t actually contact emergency services, Smart Alerts can be sent to certain smart home security system providers, including Ring and ADT.

Alexa Guard is compatible with the Amazon Echo, Echo Plus, Echo Show, Echo Dot, and Echo Spot. If you want your Echo to detect the sounds of smoke alarms and carbon monoxide alarms, your alarms must be capable of producing tones that are audible to the Echo; the Echo device must also be positioned close enough to the alarm to detect the sound. Amazon recommends testing this out by positioning your Echo, then pressing the test button on your alarm and seeing if Alexa Guard detects the sound.

To set up Alexa Guard, open the Alexa app on your mobile device. Tap the hamburger icon and select Settings > Guard to begin the setup process. Tap Set Up Guard at the bottom of the screen.

You are then asked to grant permission for your Echo device to detect and report the sounds of alarms and broken glass. Tap the Add button to set up these features.

“If Alexa Guard detects the sound of something like breaking glass or an alarm, you’ll receive a Smart Alert.”

A confirmation screen then shows the features you have allowed. Tap the Confirm button at the bottom of the screen to finalize the setup. The app tells you the setup is complete; tap Done.

You can now activate Guard mode a couple of different ways. At the Guard screen in the Alexa app, tap the Home button to change it to Away Mode. Otherwise, you can use your voice. Say “Alexa, I’m leaving.” Alexa says goodbye and tells you that Guard has been activated. 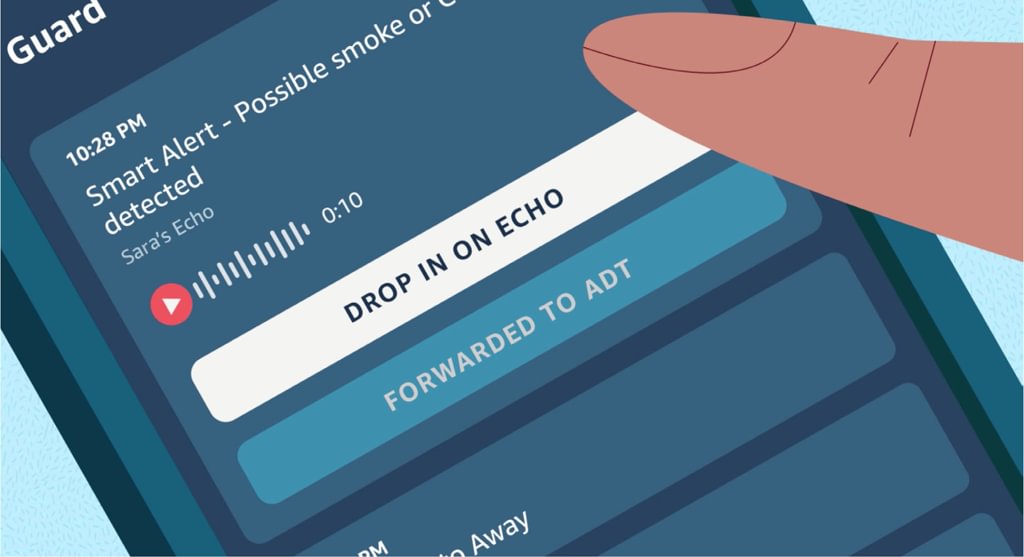 If Alexa Guard detects the sound of something like breaking glass or an alarm, you’ll receive a Smart Alert on your mobile device and smartwatch. You can then play the recording to hear the sound. You can also drop in on your Echo and listen to the surrounding area for any noise, in case someone has broken in.

When you say “Alexa, I’m leaving,” Alexa then periodically turns your lights on and off. If you use ADT Pulse, ADT Control, or Ring Alarm security systems, Alexa Guard can automatically alert the security company when it detects the sound of broken glass or alarm tones. ■