Dover is one of Britain’s greatest castles. Its clifftop location, overlooking the shortest crossing between England and France, has given it an immense strategic importance, and as a result its defences have been rebuilt and adapted over the centuries to meet the changing needs of warfare. Spend a day there and you’ll discover 2,000 years of military building, from Iron Age earthworks to Cold War tunnels.

The importance of the site wasn’t lost on the Romans, and the lighthouse they built on the heights to guide their ships into the harbour below still stands within the castle walls. It’s the most complete standing Roman building in England. The upper part dates from the 13th century, when it served as a bell tower for the adjacent Anglo-Saxon church. The church was heavily restored in Victorian times but some Saxon features remain, notably the now-blocked south door.

“When the barons rebelled, Dover remained loyal to King John and held out against the French”

Although William the Conqueror built a wooden castle at Dover, the first major construction in stone dates from the reign of Henry II, who spent a vast amount of money building the curtain walls and the huge Great Tower. Clearly this monumental 25 metre high structure could have been used as a place of refuge in the event of attack but it was also a statement of royal power, a comfortable lodging and an impressive place in which to entertain. English Heritage has recreated the lavish interiors and brightly coloured decorations that would have greeted visitors at the time. Other buildings did have a purely military purpose – the remarkable Avranches Tower on the eastern battlements was constructed in the 1180s to cover a relatively weak spot in the castle perimeter, and features over 50 crossbow loops in two tiers.

These defences would soon be put to the test. When King John (who also spent money on the castle) reneged on Magna Carta, many of his barons rebelled and invited Prince Louis of France to replace him. But Dover remained loyal to John and successfully held out against Louis, even though the French succeeded in undermining the castle’s main gatehouse. After the siege it was blocked and replaced by the Constable’s Gate, now the castle’s main entrance. Note how the approach to this runs parallel to the main defences, exposing an attacker to flanking fire from the castle walls. Meanwhile additional defences were built outside the old gate, linked to the main castle by a tunnel you can still explore.

When troops were massed here to guard against the threat of a French invasion at the end of the 18th century, further tunnels were dug to serve as barracks. These tunnels were used again during the Second World War to house a hospital and it was also from here that Vice-Admiral Ramsay organised Operation Dynamo, the evacuation of British troops from Dunkirk in 1940. During the Cold War, the tunnels were secretly converted into a regional seat of government, tasked with the unenviable job of organising life in the event of a nuclear attack. You can visit the tunnels by joining one of the regular guided tours. One takes you into the underground hospital, which has been faithfully recreated, while the other tells the story of Dunkirk through special effects and film, and incorporates visits to wartime operations rooms and a telephone exchange.

Julian Humphrys is a historian and author specialising in battlefields. His books include

Enemies at the Gate (English Heritage, 2007) 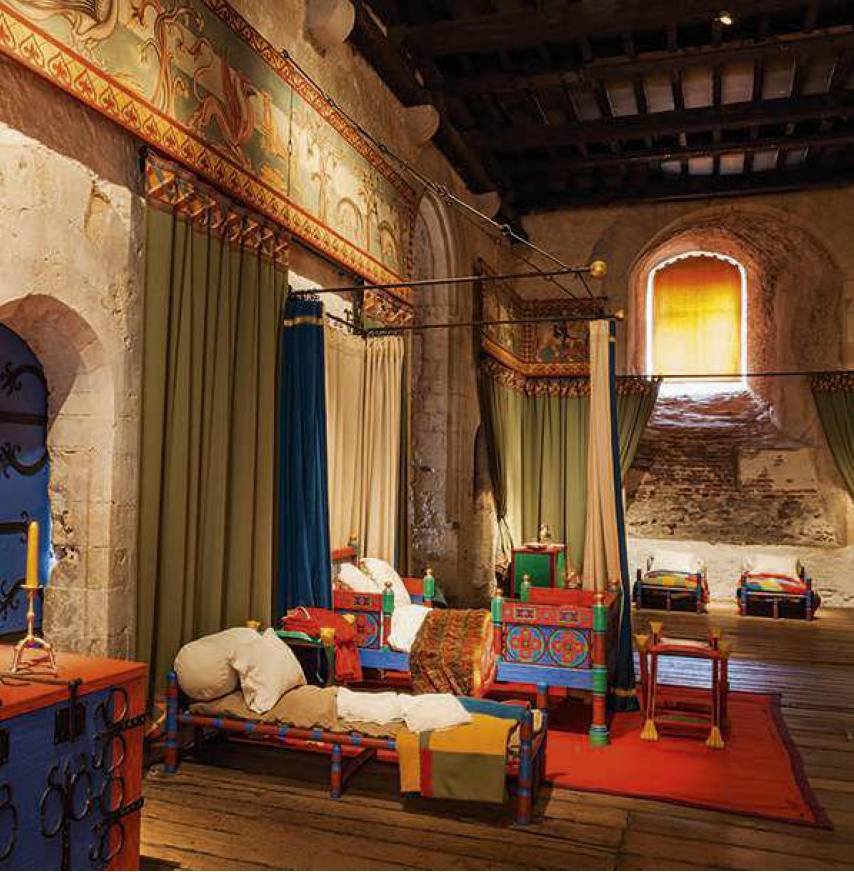 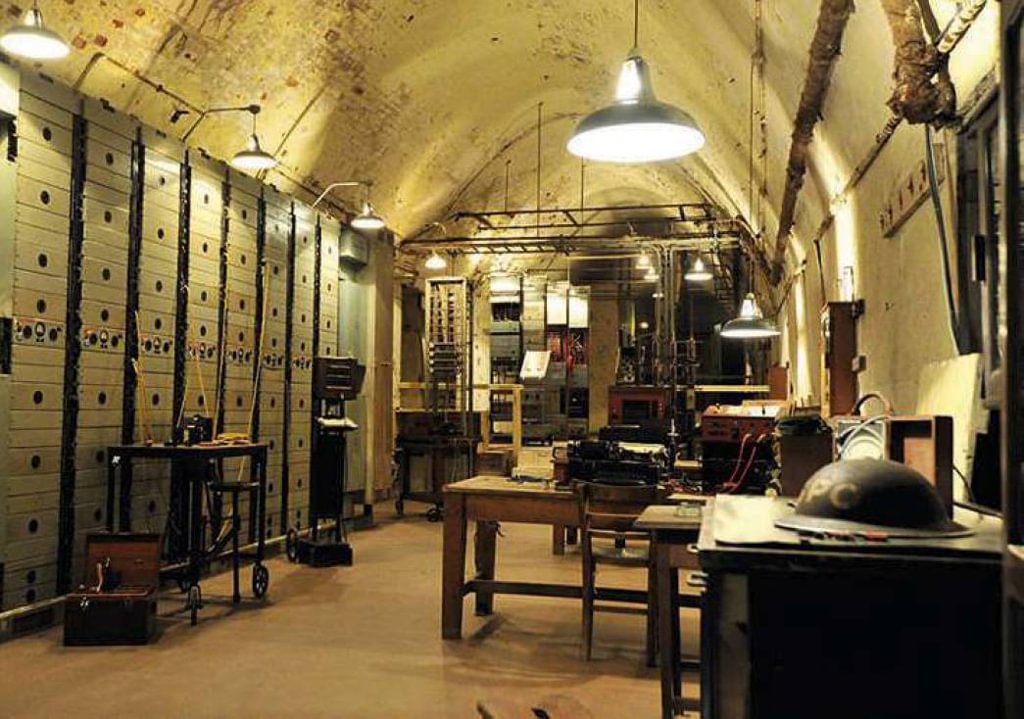 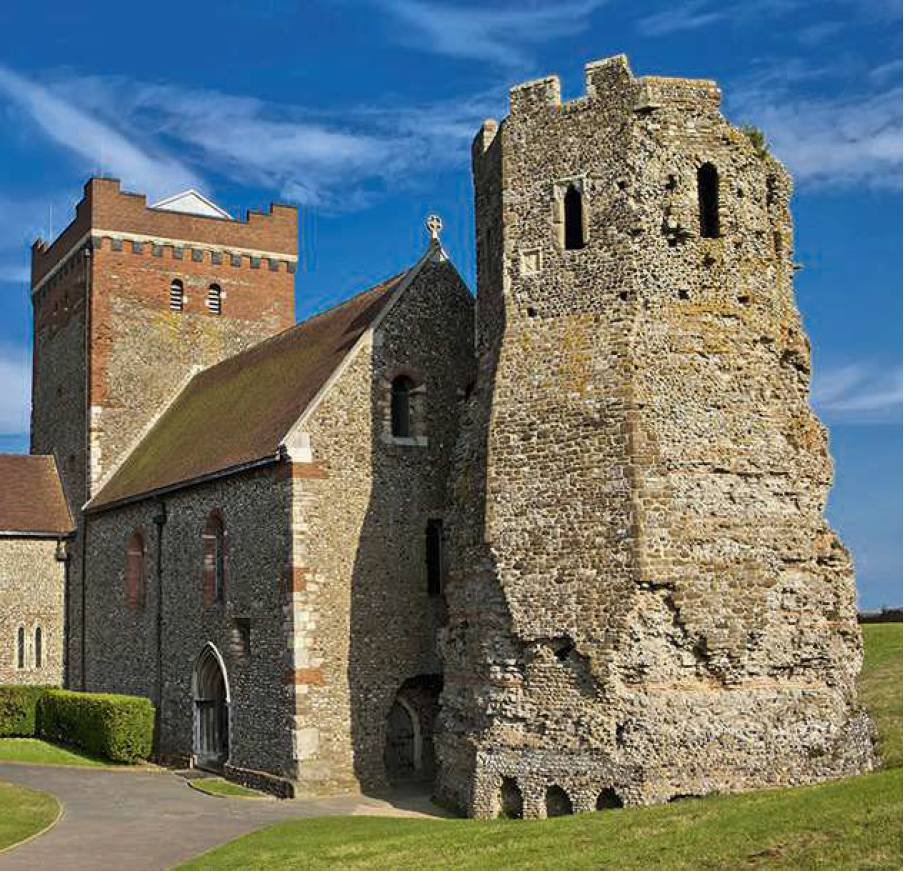 The Anglo-Saxon church, whose bell tower makes use of a Roman lighthouse

For more content on military threats to Britain, go to historyextra.com/ topic/military-history