departments
/ In Every Issue
/ EPICUREAN TRAVELER
Sicily, the Eighth Continent
On the Food and Wine Trail with Tasca d’Almerita
By Laurie Jo Miller Farr 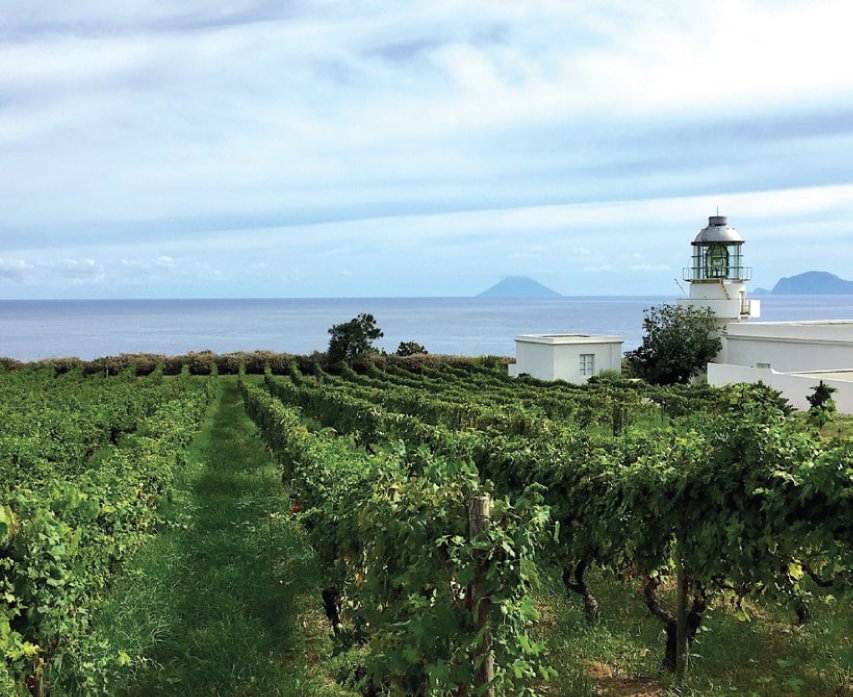 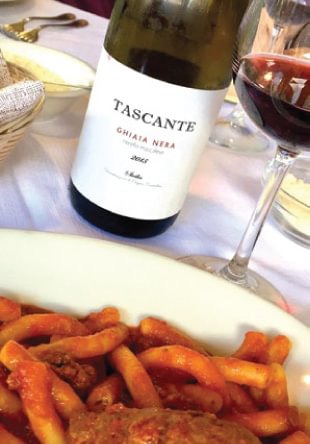 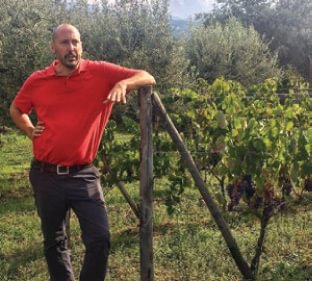 Even as a first-time visitor, it doesn’t take long to glean an understanding of why Sicilians are proud to call their island, the football off the toe of Italy’s boot, “the eighth continent.” Sicily’s capital city of Palermo is closer to Tunis than Rome, resulting in a North African influence in evidence around the island. In fact, the former Kingdom of Sicily did not become part of Italy until 1860.

Intro to Sicily over Dinner

In Palermo, at the trendy Le Cattive restaurant in Palazzo Butera, Sicilian wines accompanied well-loved family dishes while I soaked up lessons in “Sicily 101.” The main takeaway shared by my dining companions, eighth-generation members of the renowned Tasca d’Almerita family of winemakers, was that —no surprise here—a unique style of Mediterranean food and wine is central to the local epicurean narrative.

In strategically located Sicily, everything about the sun-kissed food is based on time-honored traditions reflecting influences from invaders and neighbors over two centuries: Arabia, Grecian, Roman, Spanish, and French. Fresh local olives, pine nuts, raisins, saffron, capers and lemons are essential in many recipes. And remember, no matter what you’re served, save room for an iconic Sicilian ricotta-filled cannoli.

Sicilian Wine in the 21st Century

But first, the wine story of a bold turnaround as personally told by the winemakers. Following World War II, Sicilian production was primarily a bulk export to fortify weaker French or Italian wines. What followed was a revolutionary shift in Sicilian wine production focused on quality.

When a new generation of winemakers led by Count Lucio Tasca d’Almerita anticipated a change in consumer tastes, it became possible for a long-established estate in the center of Sicily to experiment with single vineyard production. In 1970, the resulting Rosso del Conte from Tenuta Regaleali was Sicily’s first cru, the first Sicilian wine with potential for excellent aging.

One of Lucio’s sons, Alberto Tasca, CEO, explained, “It’s an amazing place. In Sicily, we have soil that ranges from clay to volcanic to sandy and elevations from sea level to the highest vineyards in the world. We have influences from the sea on both sides and huge variations in temperatures between night and day.

The robust king of Sicilian reds, Nero d’Avola, is loaded with cherry and jammy berry flavors, accounting for one-fifth of the island’s vineyard acreage. What else grows well? 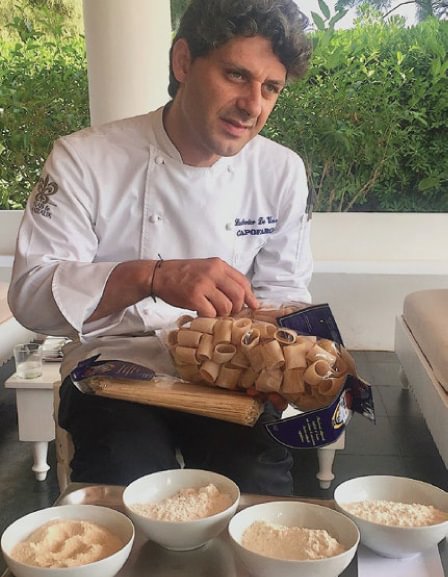 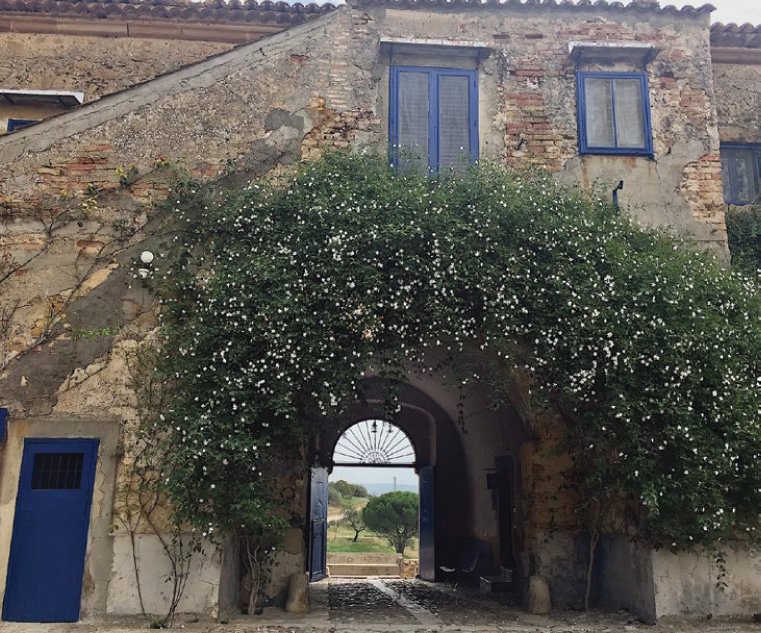 “We have more than 40 different grape varieties in more than 40 different territories. It’s amazing and Sicily is bigger than one imagines,” said Alberto Tasca. “Among our five estates around the island, there’s an exciting focus on Nerello Mascalese at Etna at the moment and I can also suggest the white grape Grillo, especially when grown at high altitude.”

The 1.5-hour drive along winding back country roads must be done in daylight to appreciate the rustic scenery en route to Tenuta Regaleali, the elegant manor house of the Tasca d’Almerita family. It’s a special place where history, nature, food and wine intersect, overlooking rolling hills covered with vines stretching as far as the eye can see.

Serious food lovers can carve out extra time to absorb the slow rhythms of rural Sicilian life by enrolling in a culinary course at Anna Tasca Lanza Cooking School in the restored 19th century annex beside the swimming pool.

One doesn’t wish to rush, but Mount Etna awaits. The road journey is three hours to catch Ferrovia Circumetnea, a 130-year old narrow gauge railway that encircles Etna’s base for a rickety 68 miles. Lush vineyards, chestnut tree orchards and downy oaks are juxtaposed with fertile black lava-rich soil and outcroppings to remind that this is one of the world’s most active volcanoes.

At Parco Statella Venezia in tiny Montelaguardia, a pretty inn with a trattoria and patio overlooking the garden, Tascante brand wines are in the table. Sourced from the steeply terraced slopes on Etna, these wines accompany antipasti platters, pasta alla Norma, mushrooms carpaccio, and fresh vegetable dishes that keep coming until someone says stop.

You’ll want to try Nerello Mascalese from the oldest vineyards high on the volcanic, terraced northeast slope; Tascante Chardonnay grown at high elevation; and Buonora Etna Bianco made from indigenous Carricante grapes growing here for a century, currently being rediscovered for a mineral expression of the terroir.

Across the Tyrrhenian Sea

Arrive by island-hopping ferry from Milazzo to the port of Santa Marina in Salina, a UNESCO World Heritage Site. Grab a taxi to Capofaro Locanda & Malvasia Resort where you can turn a vacation into a gastronomical sojourn.

An agricultural property tour with Chef Ludovico de Vivo reveals the genius behind a “zero kilometer” philosophy of “fished, foraged, and grown,” where it’s not just about ‘Made in Sicily’ but ‘Made of Sicily’ at this romantic Relais & Chateaux outpost.

A freshwater pool and 27 whitewashed villas adorned with bougainvillea are close to the vegetable garden that supplies nearly everything chef needs for his kitchen. There’s a proclivity for pickling, a focus on pasta, plenty of caramelizing. The bread was voted best in Italy in the 2018 Gambero Rosso Restaurant Guide, made from wheat harvested at Tenuta Regaleali and milled nearby.

Meet Malvasia delle Lipari, the noble fruit of the Aeolian islands. From atop a small mountain straight down to the sea, 15 acres are planted in ancient lava flow soil. The Tasca d’Almerita family have chosen to present the grape as a smooth, floral, dry wine from an early harvest. In a bottle set apart by its baby blue label, Didyme (the ancient Greek name for Salina) pours as a lovely pale yellow. At Capofaro, Malvasia grapes for their traditional sweet wine are slowly dehydrated in the shade to maintain fragrance and elegance.

Most every conversation—inevitably passion-filled—with a Sicilian winemaker or chef reinforces the concept of “the eighth continent.” To appreciate the diverse flavors of food and wine in modern-day Sicily is to understand that this is an old society, one that has been regularly invaded over and over again through the centuries. Spanish, Greek, and Arabic influences run deep. After all, this sun-drenched Mediterranean island blessed with an abundance of grains, lemons, olives, and grapes, has been Italian for only a handful of generations. ■