tech
HOW A CAR BATTERY IS MADE
Lithium-ion batteries attract all the headlines, but the humble lead-acid type still has an important role to play today … and tomorrow
By: Nicol Louw
NicolL_CARmag
Photos: Jotham van Tonder 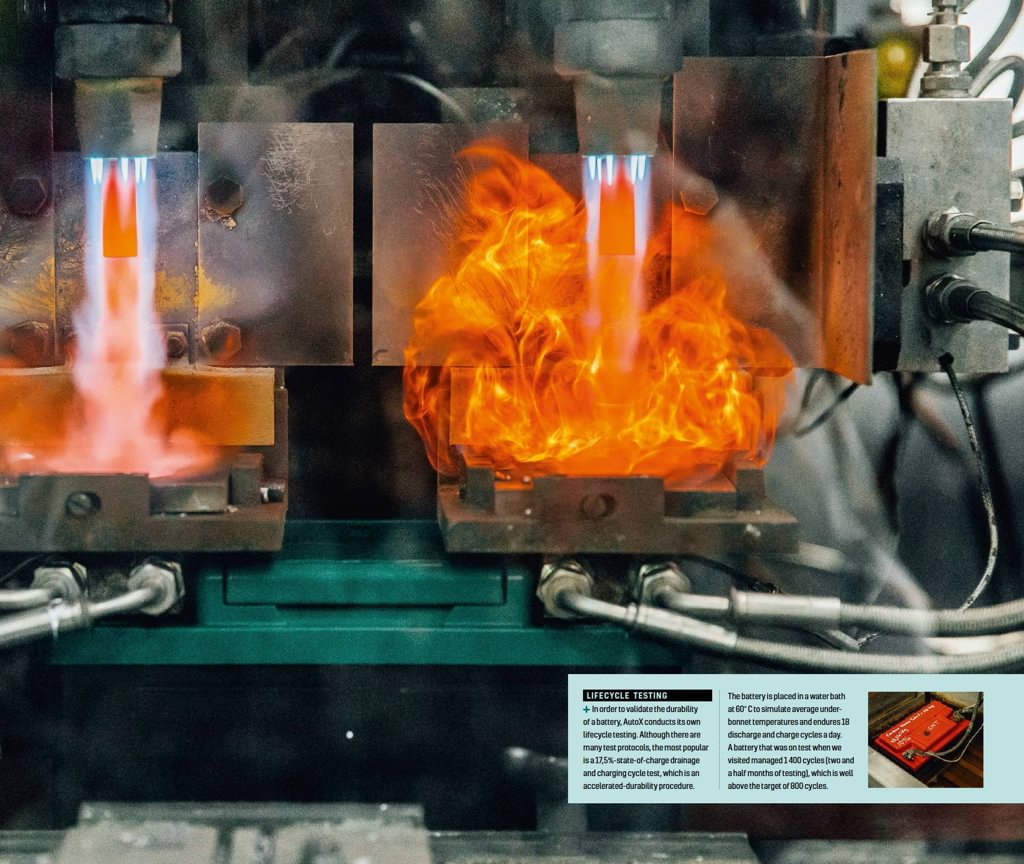 Kelvin Naidoo, group technical executive at AutoX, that’s how many times a vehicle engine is started every minute in South Africa. Considering that AutoX occupies roughly a third of the market share, it means 667 starts per minute happen using Sabat or Willard batteries manufactured at its Port Elizabeth battery-manufacturing plant. We paid AutoX a visit to talk to the experts and learn how a vehicle’s starter battery is made.

In order to validate the durability of a battery, AutoX conducts its own lifecycle testing. Although there are many test protocols, the most popular is a 17,5%-state-of-charge drainage and charging cycle test, which is an accelerated-durability procedure. The battery is placed in a water bath at 60° C to simulate average under-bonnet temperatures and endures 18 discharge and charge cycles a day. A battery that was on test when we visited managed 1 400 cycles (two and a half months of testing), which is well above the target of 800 cycles. 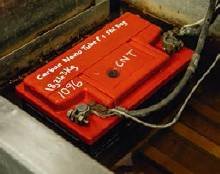 It’s all about the lead 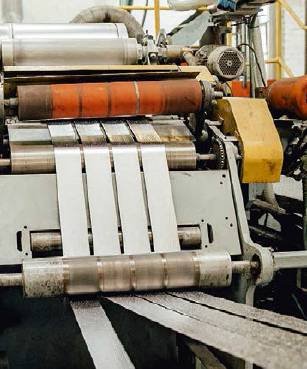 Lead is the most important component of a traditional car battery and commands a price of R30 000 a tonne when bought in bulk. Interestingly, around 98% of a lead-acid battery is recyclable (lithium-ion experiences wide-ranging recycling issues), including lead alloys. The latter component arrives at the AutoX manufacturing plant in raw bars and the next step is to create lead components.

The first step to form this active battery material is to convert bulk lead to fine lead-oxide powder in an oxide mill. The process involves melting bulk lead at close to 400° C (a different method to the popular lead-ball mill) before spinning the molten material and introducing air to start the oxidation process. Fine lead particles are removed by what is called a cyclone and this powder is allowed to cool before being stored in bulk and used as main ingredient in the oxide paste. 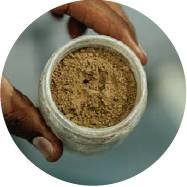 The process of creating the paste is similar to creating cake batter, as the lead-oxide powder is mixed with water, sulfuric acid and other additives to create the paste. As the recipe for the positive and negative paste differs, the end result has a colour difference, too. 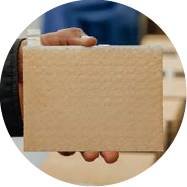 The battery consists of multiple positive (cathode) and negative (anode) plate pairs. They’re created by melting specific bulk lead alloys for each application before allowing the molten metal to flow over a water-cooled, spinning drum to create 1 mm thick metal strips. These strips are controlled to a fine tolerance and gathered in rolls weighing around 800 kg.

The rolls are transported to the next station, where they’re transformed into metal grids by cutting the patterns and stretching the strips until they resemble a mesh. Now the lead-oxide paste is applied before the strip is cut into the correct-size plates.

These plates run through an oven to be dried in order to protect their integrity. Final curing happens in dedicated ovens for up to 48 hours, under strictly controlled conditions regulating temperature (60° C) and humidity (45%).

There are quality-control procedures in place at every step to catch potential defects early and ensure perfect components reach the assembly phase.

The first clear indication we were indeed in a battery plant was when I spotted square plastic (polyethylene) battery casings arriving from an external supplier. These casings are divided into six compartments that eventually form the six cells of the battery.

Plates are loaded in positive and negative pairs with a separator material preventing a short circuit. The main terminal connectors, as well as the interconnectors between the cells, are added. These interconnecting terminals are welded together before glue is added on top of the plates to prevent relative cell movement (once cured) when the battery is subjected to shock loading, for example, when a vehicle traverses bumpy terrain. 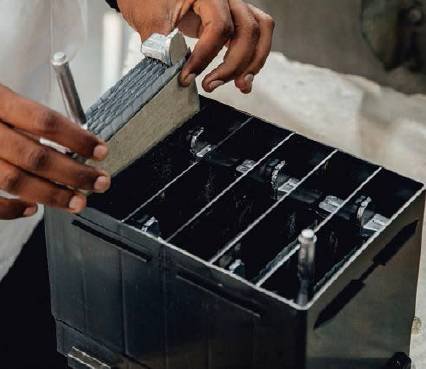 Each cell produces roughly 2,1 V and the six interconnected cells are in series, resulting in a total voltage of around 12,7 V when fully charged. The lid of the battery is securely fixed by heating the mating surfaces to the point that plastic welding occurs when they meet. The seal is later tested by pressurising the casing (3,5-bar air pressure) and monitoring for any leaks.

The battery terminals are finished in a visually exciting process called “post burn”. Extra lead material is added to the blazing flames to form the end product. A code is engraved into the casing to state the date and production line on which the battery was produced in order to provide complete traceability of the product throughout its service life. The battery is now almost complete, although it is still unable to produce electrical power because no electrolyte (diluted sulfuric acid; H2 SO4 ) has been added.

The first charging/conditioning phase is extremely important because it affects the durability of a brand-new battery and therefore happens in the manufacturing plant. A highly diluted electrolyte (sulfuric acid) is added before the batteries are charged for 28 hours under controlled conditions. This process is closely monitored to ensure all batteries are conditioned before the next step, where draining of the diluted electrolyte takes place and standard electrolyte solution is added before sealing of the battery. Lastly, stickers and information labels are pasted on and the unit is ready to leave the production facility. 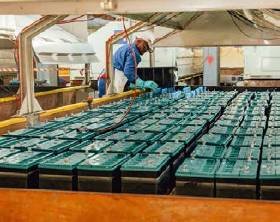