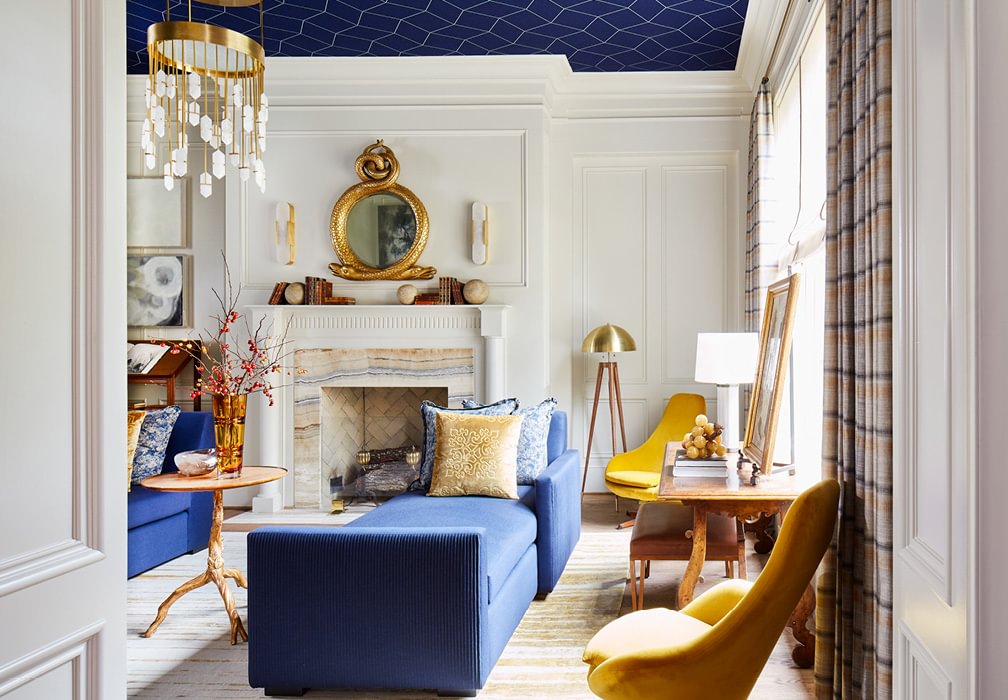 Prior to medieval times, fires were built in the center of huts in order to provide both heat and light. However, chimneys were invented in the 13th century and built into exterior walls so that smoke could vent while concurrently permitting more open living space. Because fire was the primary source for heat, cooking and light, the fireplace remained the gathering spot for families well into the early 20th century.

The first mantels were simple hoods designed to catch smoke and direct it up into the chimney flue. They were practical as opposed to decorative, and fireplaces were built as large as possible to create the most heat. Throughout Europe, various styles of mantels evolved, each referencing the cultural aesthetics of that particular country.

In the 17th century, architect Inigo Jones introduced classic English architecture that was based on symmetrical ancient Roman designs. In the 18th century, the renowned Adam brothers created highly ornamental mantels that were similar to those made in France during the Louis XV and XVI periods. The first Early American mantels were simple, but by the mid-18th century, American construction rivaled those of their English counterparts.

Mantels were originally constructed from indigenous materials that were easily sourced. Wood, limestone, granite and marble were the most frequently used, with white marble considered the most luxurious.

Mantel decoration evolved throughout centuries and continents to reflect cultural aesthetics. Carved flora and fauna featuring capitals, columns and brackets were some of the sculptural elements used in 18th-century English and French mantel designs while highly carved overmantels were found in the most lavish estates. By comparison, Dutch mantels of the same period were quite simple; however, the hand-painted blue and white tiles that surrounded Dutch fireboxes were highly valued decorative elements.

Design aesthetics changed drastically throughout the 19th century and mantel design reflected those changes in the Victorian, Gothic, and Arts and Crafts periods. By the mid-20th century, and with the creation of central heating, mantels became purely decorative. From sleek mid-century modern designs to ornate traditional designs, mantels became commanding architectural statements rather than utilitarian design elements.

Today mantels span every price point and material and are available through a wide array of stores, shops, dealers and craftspeople. Simple, prefabricated mass-market examples; one-of-a-kind commissioned pieces; and antique and vintage options abound. Whether one aspires to replicate an ornate design from the past or simply frame a modern firebox, there’s no shortage of options from which to choose. Bookcases lined with mauve Ultrasuede set the stage for a limewashed mantel—and bold art—at the Boomershine’s. 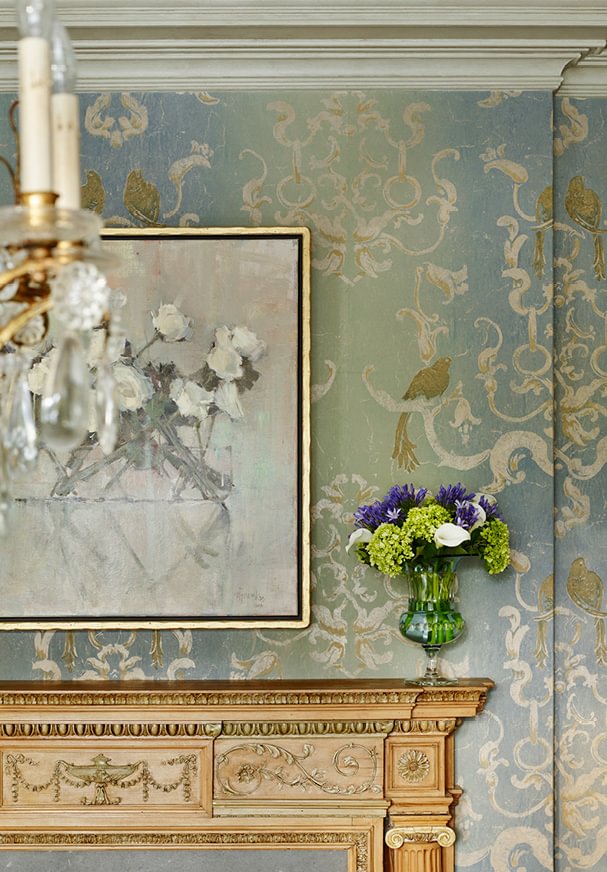 In this library by Suzanne Kasler, an ebony-paneled mantel establishes a mood.