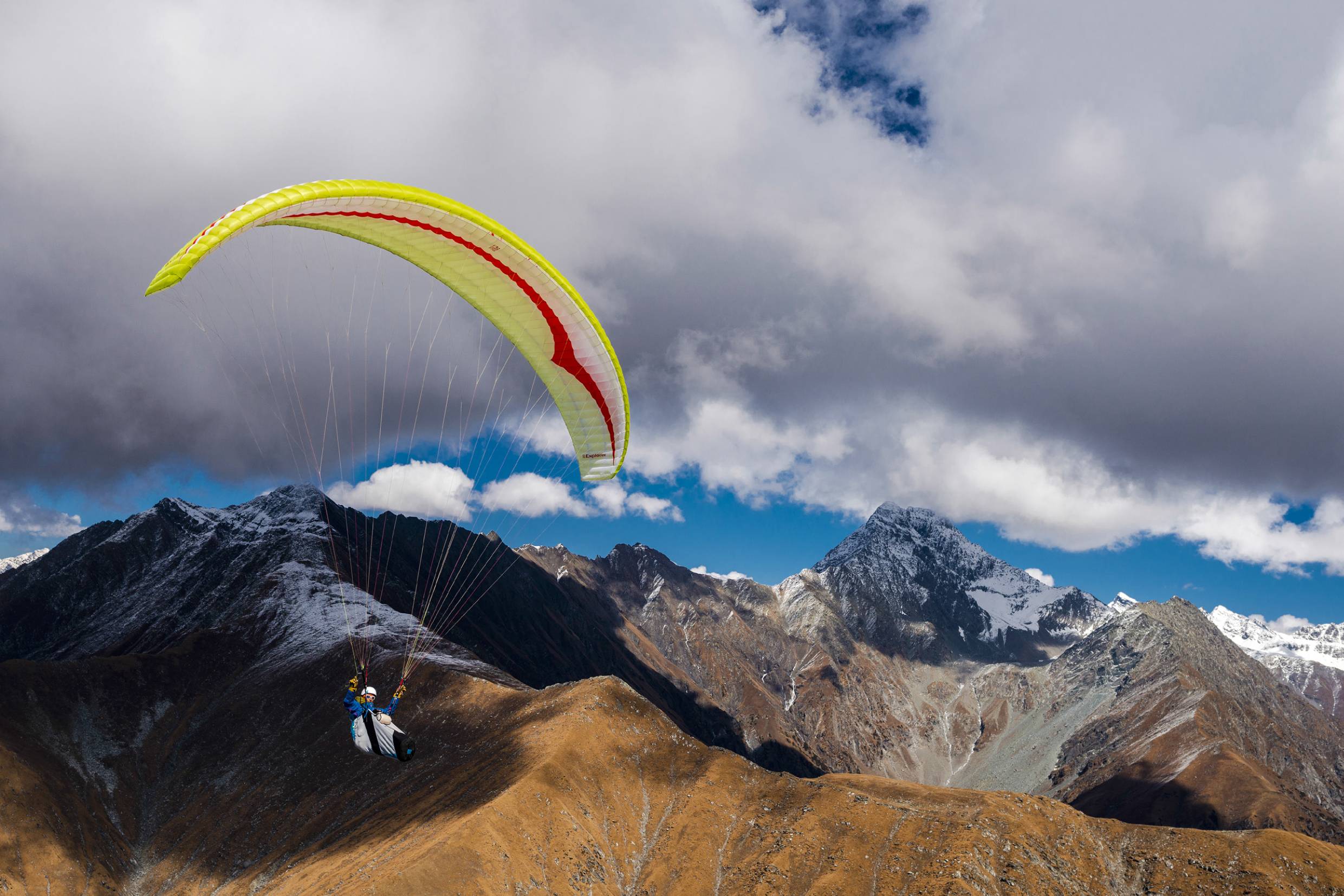 On the small road leading in to the village of Bir, a five-metre arch announces that you are about to enter “The world famous paragliding site.”

Twenty years after my first visit I visited again, last year, to rediscover this site that has been written into so many pages of free-flying history. I already feel the changes. In 1998 Bir was a then recent Tibetan colony, tucked away from the tumult of Indian life. Once the monsoon was over, in early October, a few pilot-travellers would start to arrive. Often Western, more or less hippie, they made their way to this little free-flight paradise before winter raised its head.

They lodged in homestays, ate dhal and rice, and every morning would drive up the long track to Billing, stopping many times to clear the road of rocks that had tumbled down from above. Billing, a series of sloping meadows above the tree-line, where shepherds kept their sheep, was the take-off. Home to a small chai shop pilots would stop to take chai with Chachu (“Uncle”) and watch the morning develop. 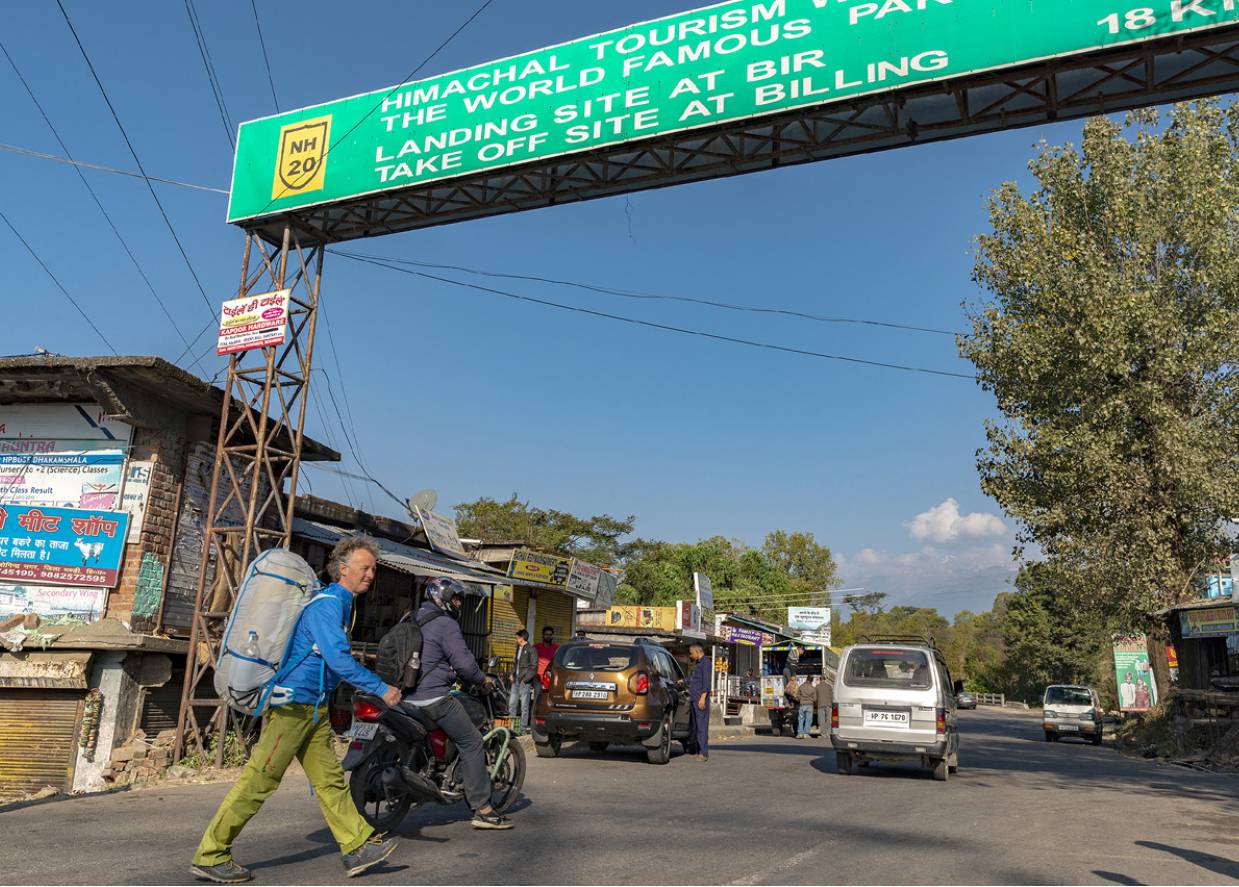 WELCOME TO BIR Marc Boyer strides into Bir. Once far off the beaten track this small village on the edge of the Indian Himalaya is now a bustling paragliding honeypot in autumn

They would rest on the grass dome, since flattened and remodelled, before launching. At 5pm, back in Bir, we would fly above Choukling monastery grazing large stupas, watched by Buddhist monks.

Season after season Bir grew slowly, developing an international reputation for XC and vol-bivouac flying. From 2010, and especially the Paragliding World Cup in 2015, the real boom in Bir began. The first hotels sprung up, guesthouses grew, shops blossomed.

There are now vending machines and trekking agencies. Tourists and locals alike roam the streets, heads dipped into their smartphones. The monks ride motorbikes. Roof terraces are converted for the season into trendy bars with working Wi-Fi. Pilots upload their tracks to XContest while checking the news from Europe.

The transformation of the small village of Bir is simply a reflection of the profound change that the country and Indian society has been experiencing for a good decade.

Flying in Bir is a serious affair. We fly on steep, rocky, forested slopes at 1,500m and above. We pass abruptly from calm, generous aerology to high mountain flying.

The 90-100km classic route between Bir or Mandi and Dharamsala and back is not to be taken lightly. It involves flying over serious mountain terrain with poor trails. The Dhauladar Mountains are an imposing range of 4,500m mountains that rise steeply from the Indian plain. Rescue as we understand it in the West does not exist. If it comes at all it comes on foot, and slowly.

A military helicopter is a last resort, and only used for simple scouting, not for winching. Last year a Spanish pilot spent four days and nights out at 4,000m after an incident. It took two days to locate him, and another two days for an exhausted rescue team to reach him. Preparing to fly here means preparing to be autonomous on foot in the mountains too.

Even if there are 200 pilots on take-off, as soon as you are in the air you are almost alone. Buddy up, use a radio and a satellite tracker, and fly within your margins. Flying in a small group here makes perfect sense. Pushing the envelope can be expensive. Even if you lower your usual expectations by several notches you will still have incredible flights. 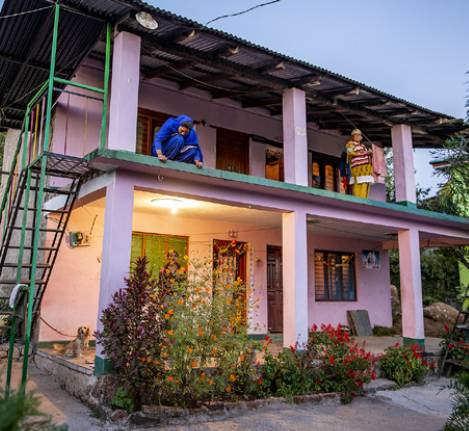 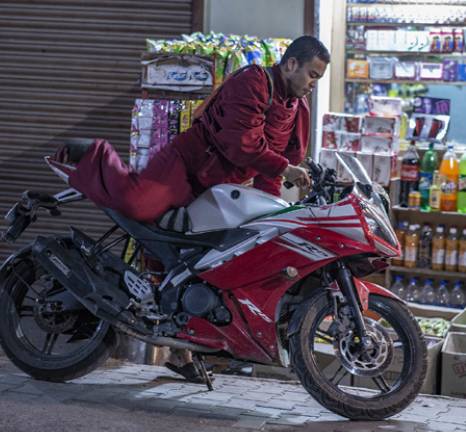 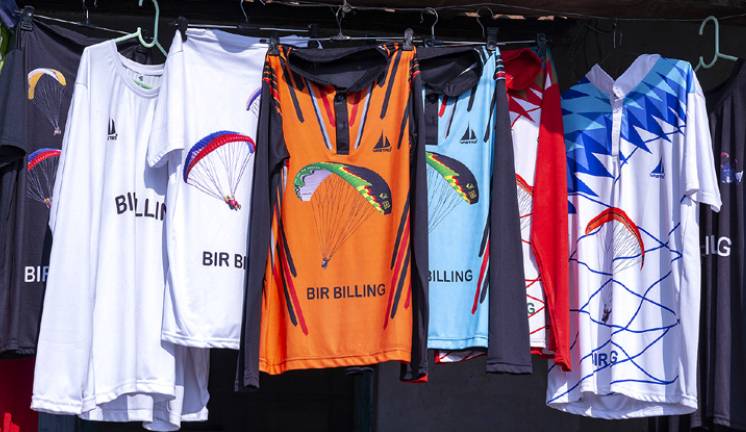 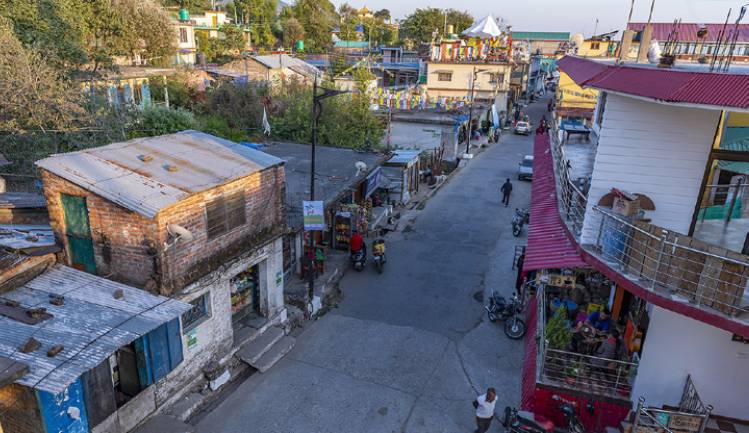 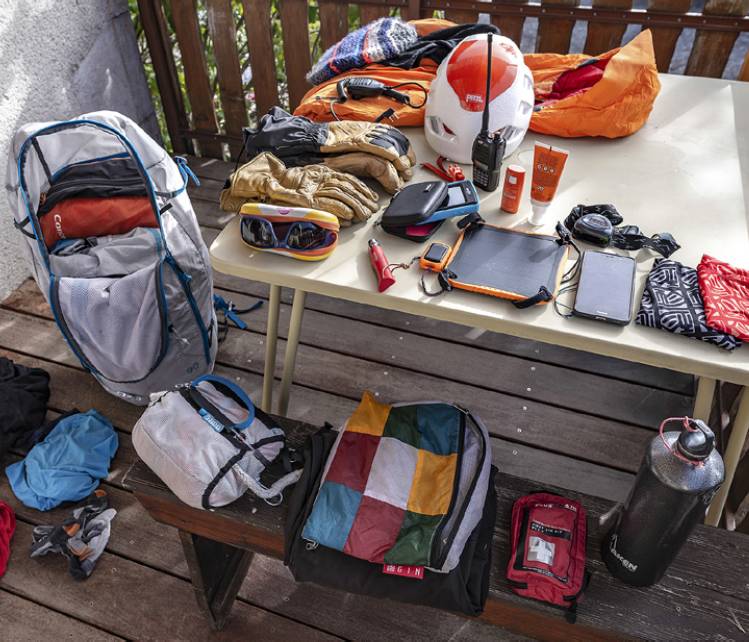 CHANGING TIMES Monks on motorbikes are just one sign that village life has transformed in the last 20 years. Preparing to fly with the latest generation in paragliding kit

In October, after the monsoon, spring-like conditions set up in Bir/Billing. This is the busiest period, when Europeans, Russians, Americans and Australians arrive en masse to experience the adventure of flying in the Indian Himalaya.

Each day the rush starts at 8am. A little knot of taxis, a concert of honking horns, a cloud of dust. It is better to be at the front of this queue as it winds its way up the mountain.

Squeezed into a small Suzuki you begin to breathe after 35 minutes when the first clearings are reached. The game of horns plays all the way up, annoying but friendly. One long beep is followed by a double-tap from another as the taxis navigate their way to take-off.

And here is the amazing thing. When you get to launch there are already 200 pilots ahead of you! And it’s only 9.15am. Away from a competition I have never seen such bubbling at take-off. Where to launch from is now a key strategic move, everyone jostling for the perfect spot.

As the slopes warm a small anabatic flow, typically from the east, sets up, helping ease the congestion. Thanks to a beneficent deity, miracles are regularly observed: the show is guaranteed! 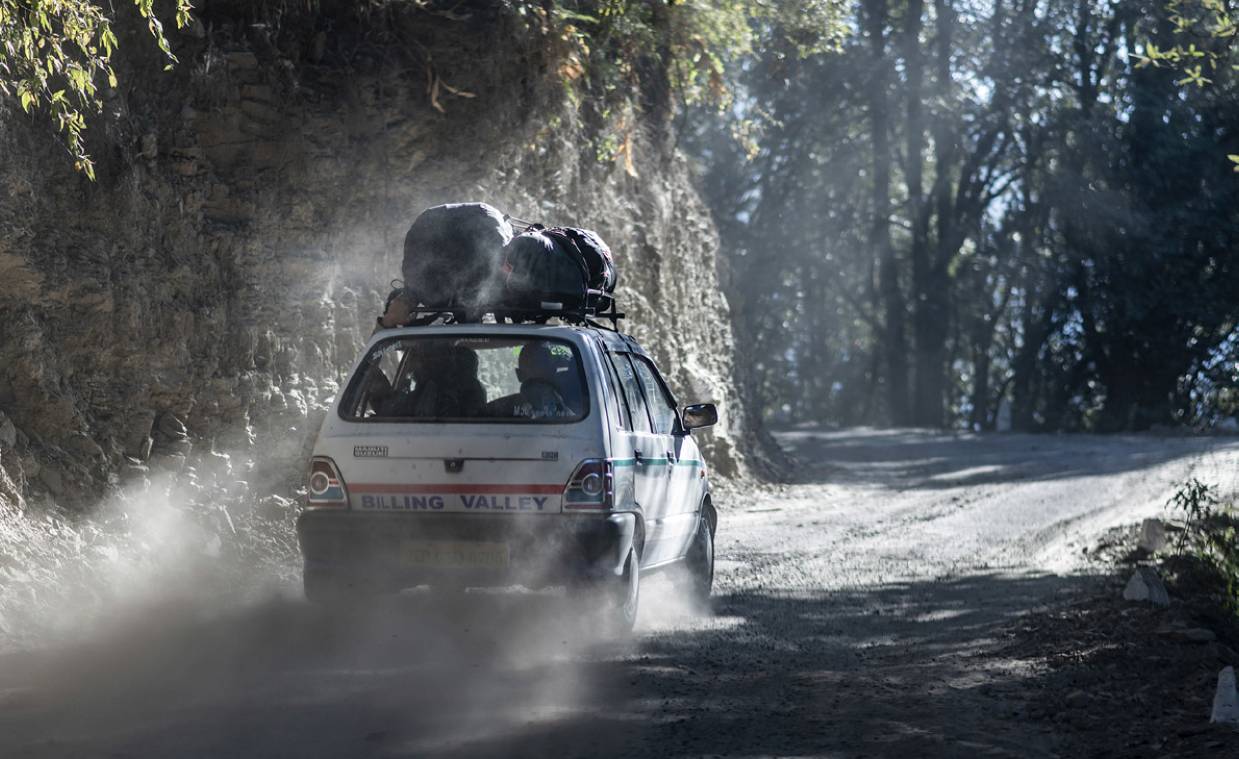 By full afternoon it is common to count more than 100 gliders in the air above Bir, with at least as many again spread out along the range towards Dharamsala. About 1,000m below take-off, a little way from the village, the landing slopes gently. It’s just a little more pronounced than the glide of most modern wings… Often pilots touch down in a cloud of dust on their buttocks. Indian tourists come en masse to enjoy the show!

Over the last 10 years tourism in India has exploded: a boon for Bir and manna for the 15 or so tandem businesses here. The kids who folded our wings for a few rupees in 1998 today take tourists tandem and earn a decent living.

In the neighbouring valley, near Manali, the tandem scene is incredible. Just north of Manali, a mountain resort and India’s equivalent to Switzerland’s Interlaken, on the grassy slopes of the Solang Valley some 200 “apprentice” tandem pilots vie for the tourist trade on flights that last seconds from 60m or 200m.

They use wings that are close to the end of their life. After two seasons at Solang they can graduate to flying from Marhi at 3,500m on the slopes of the 3,978m Rohtang Pass.

In Bir, the most popular flight for tourists is probably the sunset flight. The golden hour is absolutely pure thanks to an unobstructed horizon. Each flight involves a selfie pole, a 360-degree camera, and ends immortalised with the glowing golden sun in the background, before landing again in a cloud of dust. 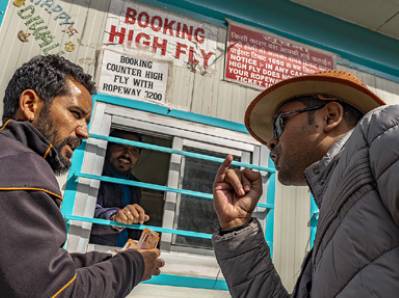 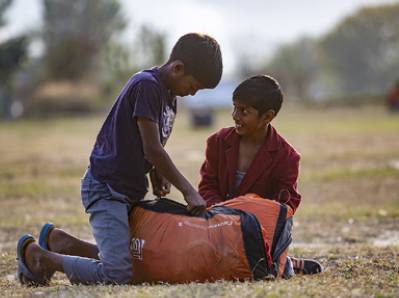 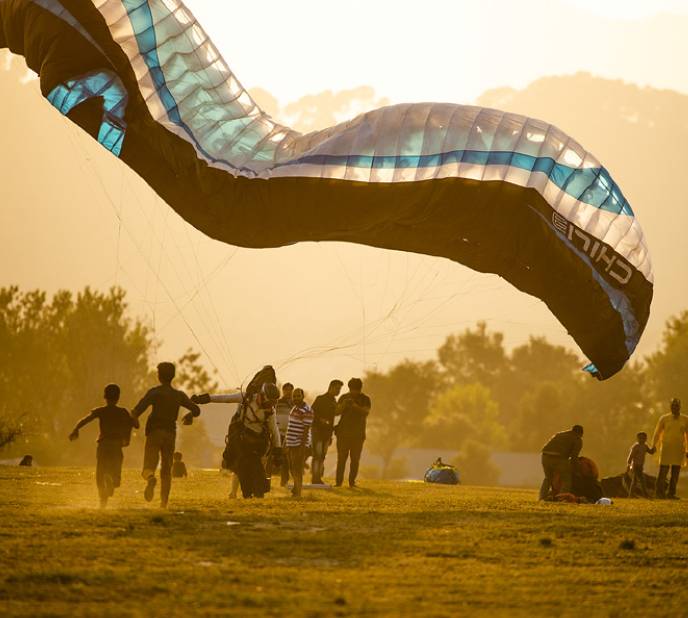 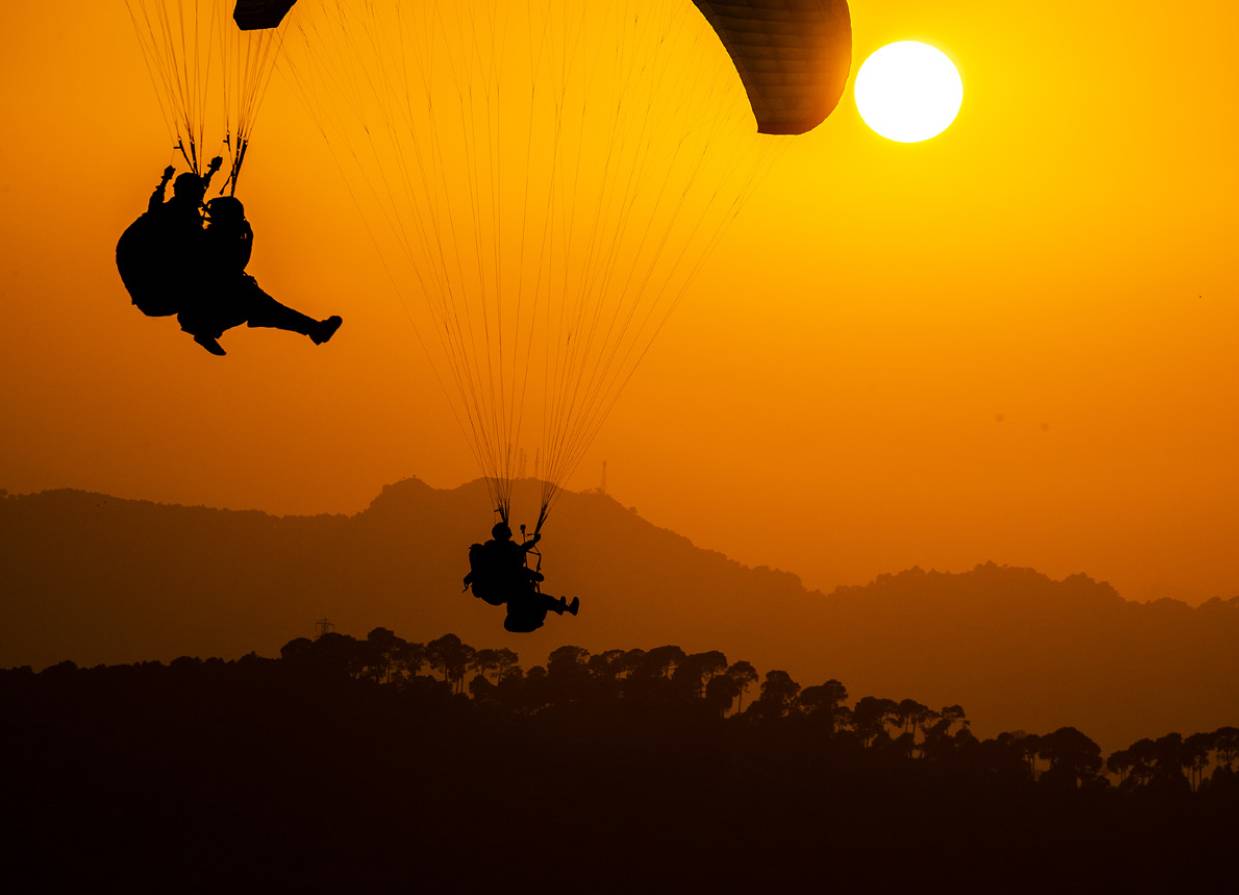 The magic of flying in Bir and the surrounding massifs is in the quality of the aerological conditions: no wind, classic XC conditions. The Dharamsala run offers an extraordinary playground for classic out-and-return flights because at any time you can escape out to the front.

But behind the main ridge, the Barot Valley and the massif that leads to Manali opens the door to long, high flights. The ceiling of 3,700m at Bir can rise to 5,000m behind in just two thermals if you head north. Here, you will require accuracy in preparation, technique and commitment.

Each year tracklogs and stories testify to the enthusiasm and inventiveness of adventurous pilots who stitch together large-scale circuits or long-distance itineraries towards and into Ladakh, Spiti or even to Nepal. It is paradise for well equipped, experienced adventure pilots. 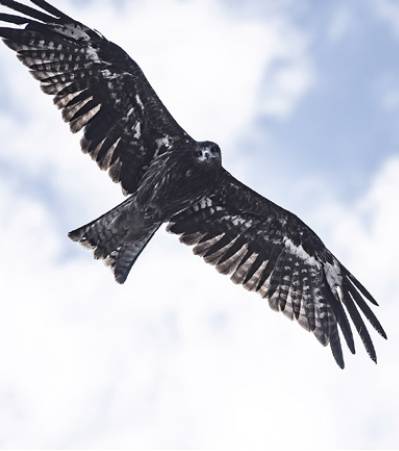 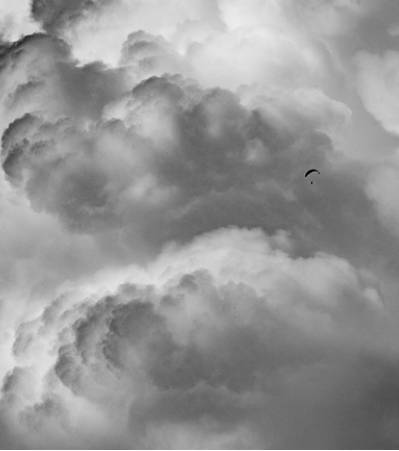 MASTERS OF THE AIR Although much of India has seen vulture and raptor populations crash because of the Diclofenac crisis, in Bir/Billing flying with the majestic Himalayan griffon vultures and other birds is almost guaranteed

The Company of Birds

“Hey, look up!” On glide at 3,900m I look up at my wing and discover a large Himalayan griffon vulture (Gyps fulvus) floating flush with my leading edge. He sometimes lets himself slide back to the trailing edge, as I watch with one eye.

Flying with the vultures here is the real thing. They are numerous, and their curiosity towards our wings is real, even at the risk of some awkwardness sometimes. Collisions and other occasional mishaps are not uncommon. The magic, the game, can also suddenly turn to stress when both get too close to each other and they claw at the fabric! In thermals, our performance is close to theirs. It means for a short while we can keep up with them, and watch them turning tightly in the climb. It is at this point, these moments of communion with the elements, that the magic of flying here becomes real. 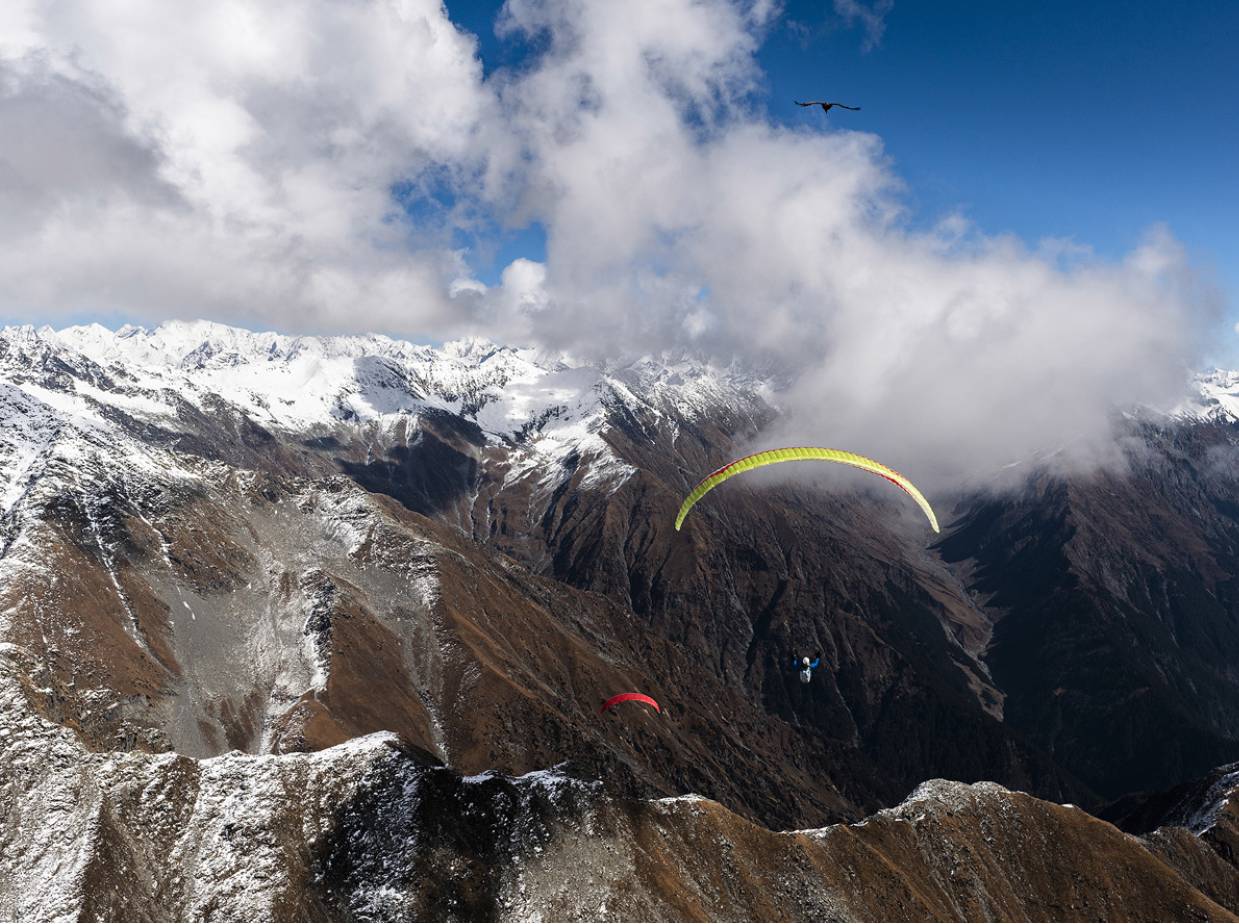 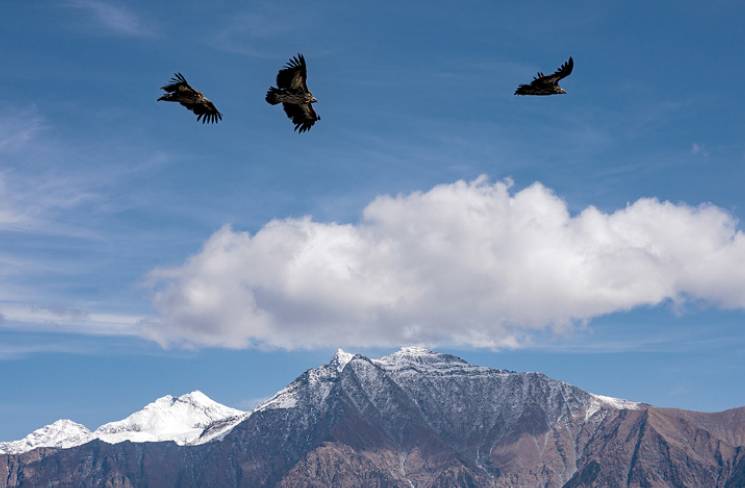