RISE AND FALL OF THE BERLIN WALL 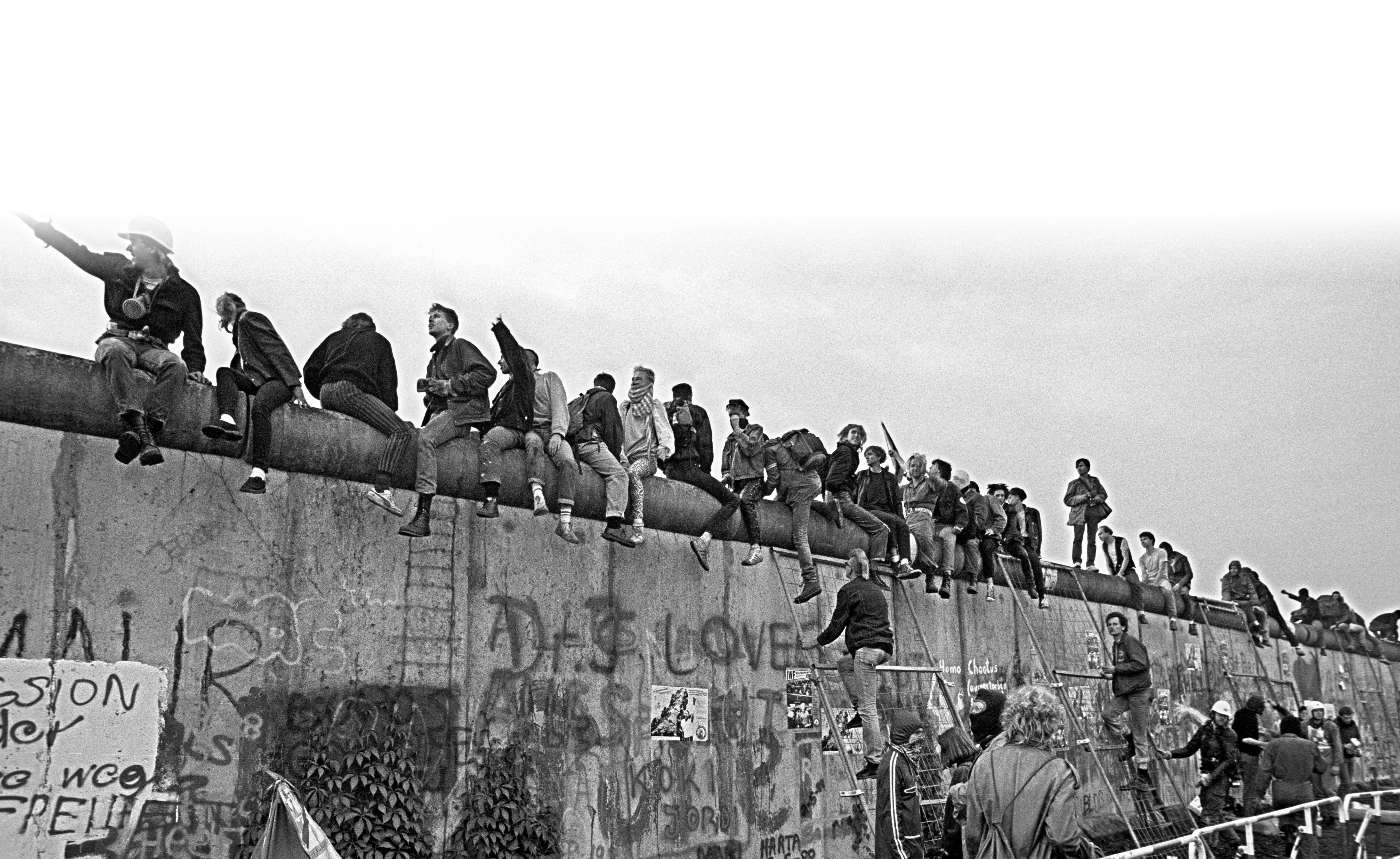 On the morning of 13 August 1961, Berliners woke up as normal. But something was different. Before, the border that divided the city into East and West, Russian and Allied, communist and capitalist, had been almost invisible; now there was concrete and barbed wire.

Germany had been split since the end of World War II, with the eastern half falling under the control of the USSR, while the other half of Germany went to the western Allies: the UK, the US and France. Berlin technically fell under the Soviet Union’s jurisdiction but it was too important for the Allies to lose, so the city was split too. Citizens from East and West would cross the border to work, go to school, do some shopping and visit the theatre or cinema. They lived unhindered, but change was in the air. 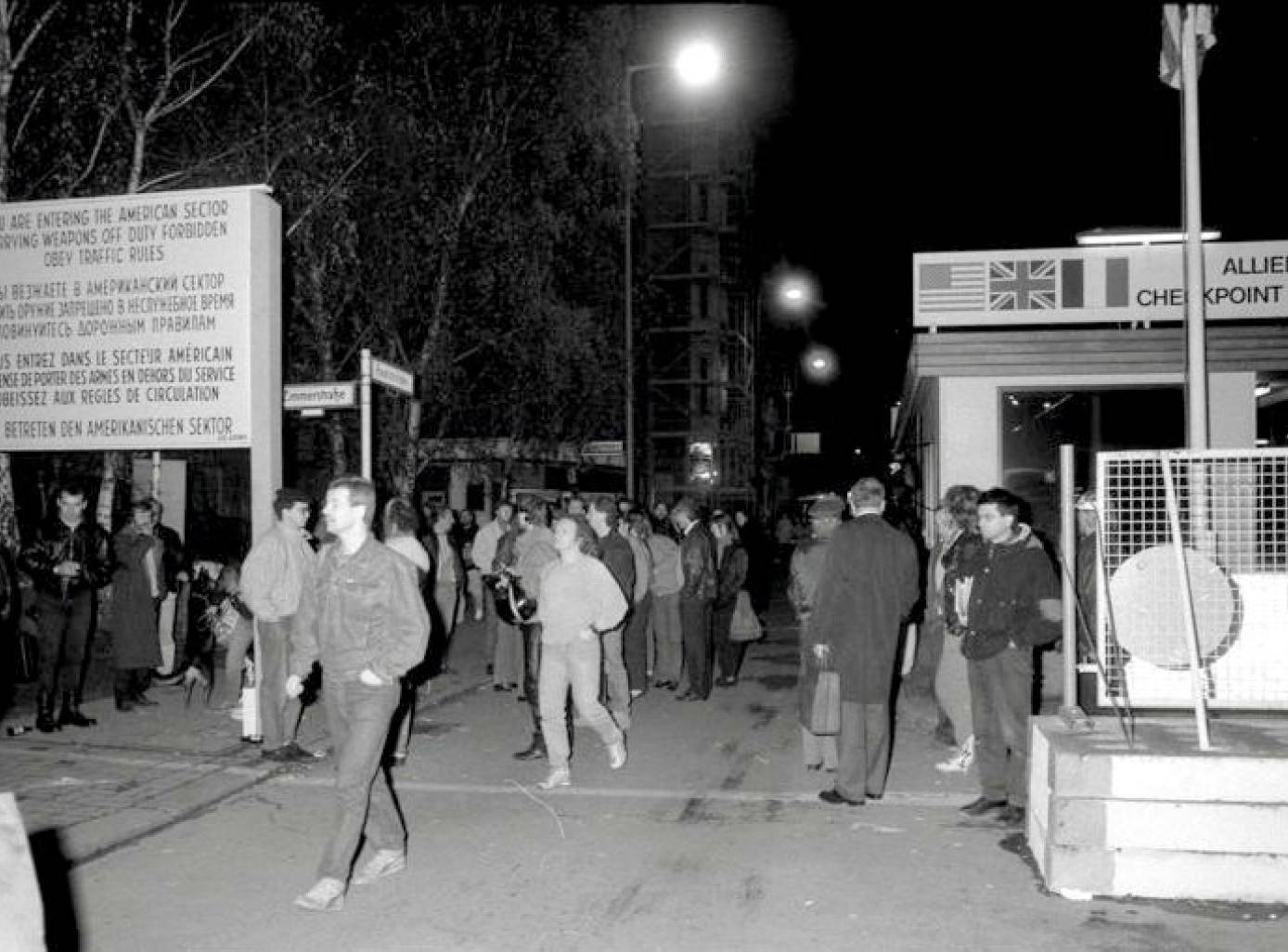 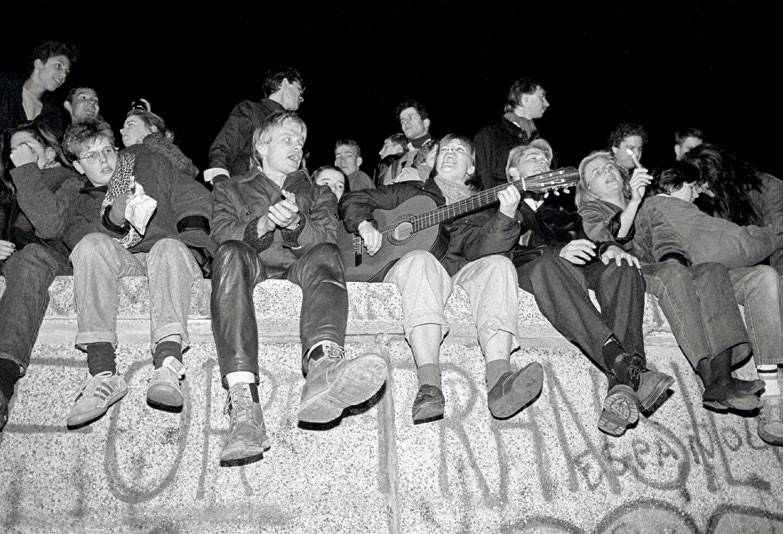 The existence of capitalist West Berlin in the middle of communist East Germany “stuck like a bone in the Soviet throat”, according to USSR premier Nikita Khrushchev. The Russians wanted the capitalists gone and so they tried to starve them out in 1948 by blocking access to Berlin. This lasted for over a year, but it was to no avail – the Allies delivered more than 2.3 million tons of food, fuel and other goods by air. A decade of calm followed, but it wasn’t to last.

In those ten years, 3 million refugees had defected to the West, including doctors, teachers and engineers. The USSR was losing these much-needed people in the midst of the Cold War – they were just walking over the border. Summits and conferences to solve the problem came and went but no progress was made. In June 1961, around 19,000 people left East Germany through Berlin. The next month, it was 30,000. The first 11 days of August saw 16,000 more, and then on 12 August, another 2,400 – the highest number of defectors to leave East Germany in a single day.

The wall sprang up overnight, and the East German army, police force and volunteer workers all helped to finish it over the next fortnight. Suddenly, it was impossible to cross the border without going through one of three checkpoints: Alpha, Bravo and Charlie. There, East German soldiers would screen diplomats and other officials, but the general public couldn’t cross. The rushing river of refugees was halted in its tracks. Trying to sneak across was not an option unless you wanted to be gunned down. US president John F Kennedy wasn’t happy about the situation, but he did concede that “a wall is a hell of a lot better than a war”. 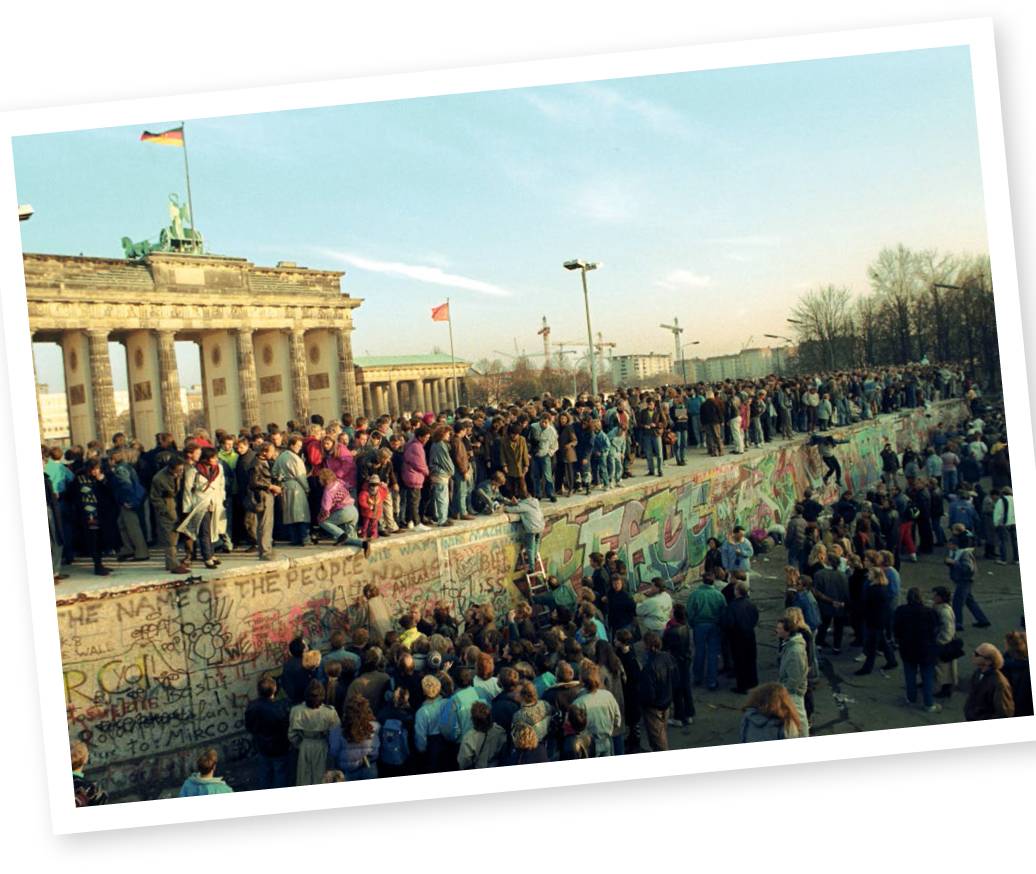 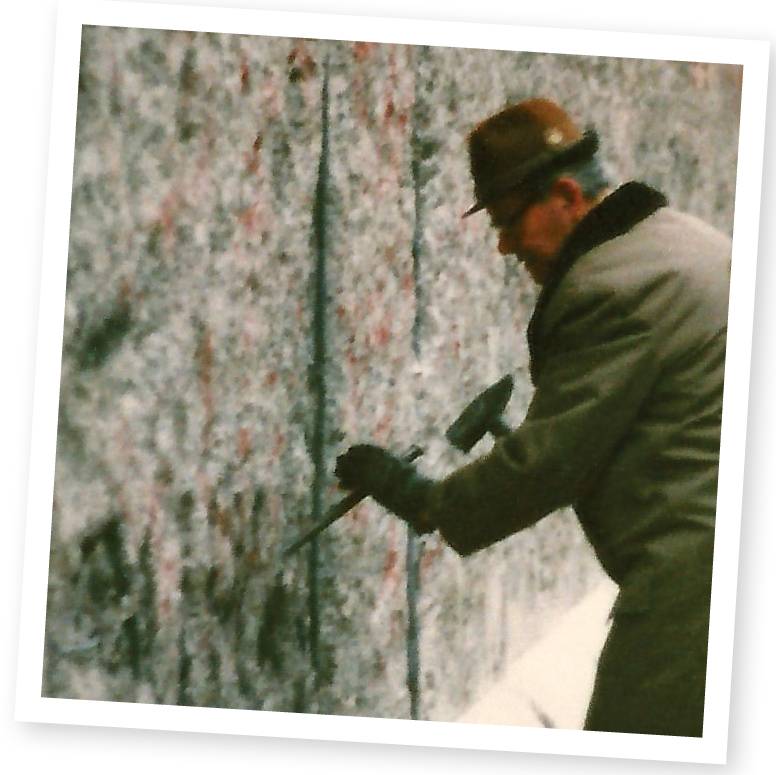 A Mauerspechte, or wall woodpecker, chips away at the Berlin Wall in November 1989 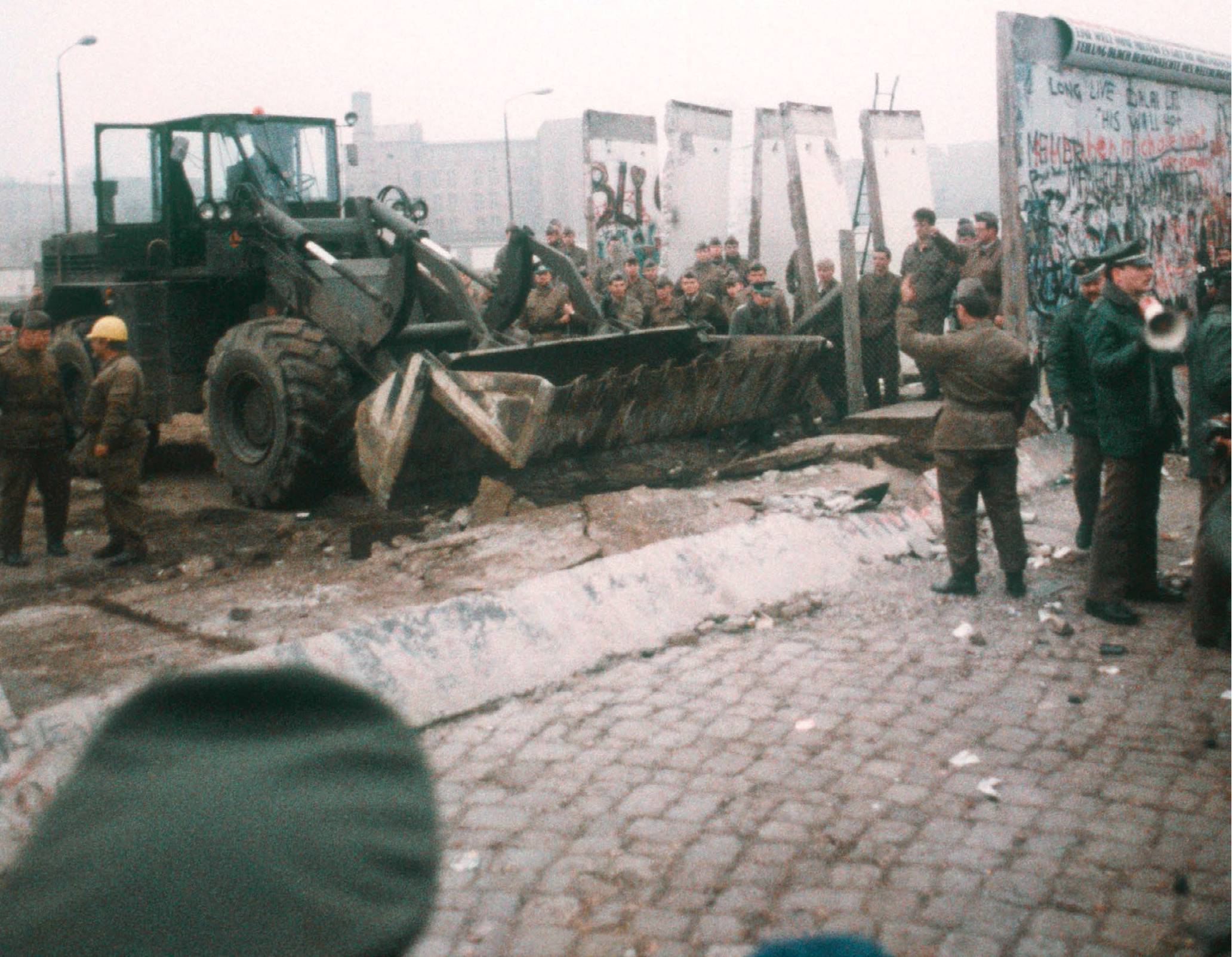 Over time, the original small wall was replaced with one that was taller, sturdier and harder to climb. Berlin was now officially two cities existing side by side, never really seeing the other. As always, life went on. For almost 30 years, East and West stayed separate.

But walls don’t last forever. On 9 November 1989, a spokesman for East Germany’s Communist Party made an announcement: starting immediately, citizens of East Germany would be free to cross the border. Berliners from both sides flocked to the wall, eager to see friends, family and history in the making. It was called the greatest street party in the world – everyone was drinking beer and champagne, all chanting “Tor auf!” or “Open the gate!” Later that night, they flooded through.

Hammers were used to knock away chunks of the Cold War’s most recognisable symbol, and later cranes and bulldozers pulled down huge sections of the wall. Germany was reunified almost a year later, the East German government unable to stay in control any longer.

2 Berlin and Germany were split into two separate parts

43.1km The length of the border between East and West Berlin

2,400 The number of East Germans who defected to the West the day before the wall was built

10,315 The number of days the Berlin Wall stood as a barrier between East and West

Over 5,000 East Germans, including 600 border guards, managed to cross the wall and defect

In April 1963, an East German soldier stole a tank and drove it through the Berlin Wall to escape

People who used hammers and picks on the wall became known as ‘mauerspechte’, or ‘wall woodpeckers’ ■