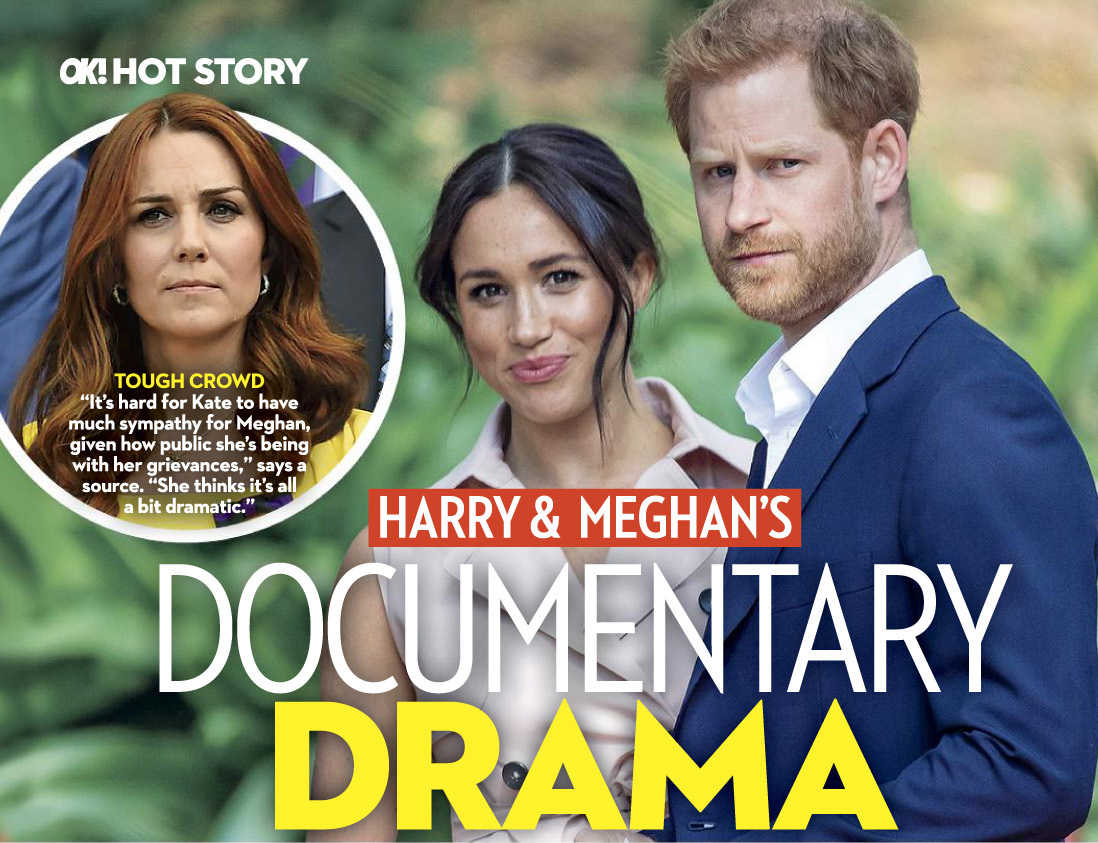 “It’s hard for Kate to have much sympathy for Meghan, given how public she’s being with her grievances,” says a source. “She thinks it’s all a bit dramatic.”

Prince Harry and Duchess Meghan opened up about their private lives like never before in the ABC documentary Harry & Meghan: An African Journey, touching on everything from Meghan’s struggles as a royal and new mom to the couple’s infamous feud with Prince William and Duchess Kate.

But their unguarded interview has ruffed more than a few feathers within the monarchy. Harry, 35, and Meghan, 38, “have done the unthinkable and broken the royal rule of ‘never complain, never explain,’” a palace source tells OK!, adding that Queen Elizabeth II, 93, is said to be extremely upset. Now she’s ordered the duo to meet her at Balmoral Castle so she can express her grievances privately: “The queen has always been understanding, but this whole thing has gone beyond what she feels is acceptable.”

William, 37, is equally upset — especially with his younger brother. “In the documentary, Harry seemed to admit to troubles between them, which was absolutely shocking to William,” explains the source. “He feels that whatever lies between them is private and shouldn’t be shared with the whole world.”

Making matters worse, Harry and Meghan reportedly broke protocol by promoting the documentary while William and Kate, 37, were still in Pakistan. “It’s frowned upon to do anything high-profile while other royal family members are on an offcial tour. So it’s hardly a surprise that William and Kate felt like Harry and Meghan were stealing the spotlight,” says the source. “In private, Kate told William they should start calling Meghan the ‘Princess of Drama’ because the royal family never had these kinds of problems until she came into the picture.”

With Harry and Meghan gearing up to take six weeks off from their duties to embark on a trip to the States, they likely won’t be seeing much of the Windsors. “Harry and Meghan know they’re not very popular in royal circles at the moment, so some time away will do everyone good,” says the source. “They’re both looking forward to relaxing a bit and spending some family time with [their almost 6-month-old son] Archie in America, and are hoping the dust will settle soon.” ■