JOURNEY INTO THE HEART OF THE LEGEND

In Xochimilco, south of Mexico City, ancient canals built by the Aztecs to transport water are filled with colorful trajineras—flatbottomed boats, many with women’s names like Lupita, Adriana, or Elenita—which overflow with tourists who decide to explore this area that floats over water. Food stalls float, artisans sell wares on boats, mariachis perform their traditional music; the festive atmosphere never ends. But what those who buy tickets to board this floating fair are looking for is much darker, the remains of a living legend born almost 70 years ago: The Island of the Dolls. 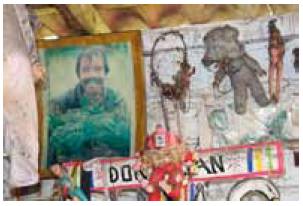 An offering to Julián Santana, original owner of the Island of the Dolls and creator of the legend.

COLORFUL TRAJINERAS EMBARK UPON A FESTIVE TRIP TOWARDS A DARK, BUT HISTORIC, DESTINATION

The journey begins on the docks of Cuemanco. There, trajineras wait for groups of up to 10 (depending on the size of the boat) to climb aboard, many times, with pulque—a pre-Hispanic drink made from the fermented sap of the maguey (agave) plant—and something to eat in hand. The atmosphere grows livelier as the trajineras leave the pier. Musicians play norteños, marimbas, and rancheras. It’s music that does not stop playing until the famous island—which is more of a chinampa, built from stones and reeds for growing vegetables—can be seen. Nothing but one of the darkest legends in Mexico is cultivated there now.

As the story goes, Don Julián Santana—as he is known there—lived alone on the island, which was only named The Island of the Dolls after he began to hang dolls from the trees there in the 1950s. The catalyst for his behavior was the discovery of a drowned girl’s body along the shore of the island. After that, he said the girl’s spirit tormented him; so when a doll appeared in the same place as the corpse (probably belonging to the girl), he decided to hang it up as a sign of respect to the deceased. Julián went from being inhabitant to guardian of the island. The number of dolls he hung grew to appease the spirit of the girl and to chase away the paranormal events Julián said he was suffering from. People began to be curious about this cursed place, which became the destination for cult pilgrimages made by lovers of the paranormal, who arrived with children's toys as an offering to Julián to allow them to visit. They hung hundreds in this jungle nightmare of dolls, but Julián had his favorite, Agustinita, which can still be found on the island.

After the death of Don Julián in 2001, the myth had a second coming. His nephew tells the story that the two went fishing together one day, and Julián told him about a mermaid who wanted to take him away. Julián perished in the water that same day. 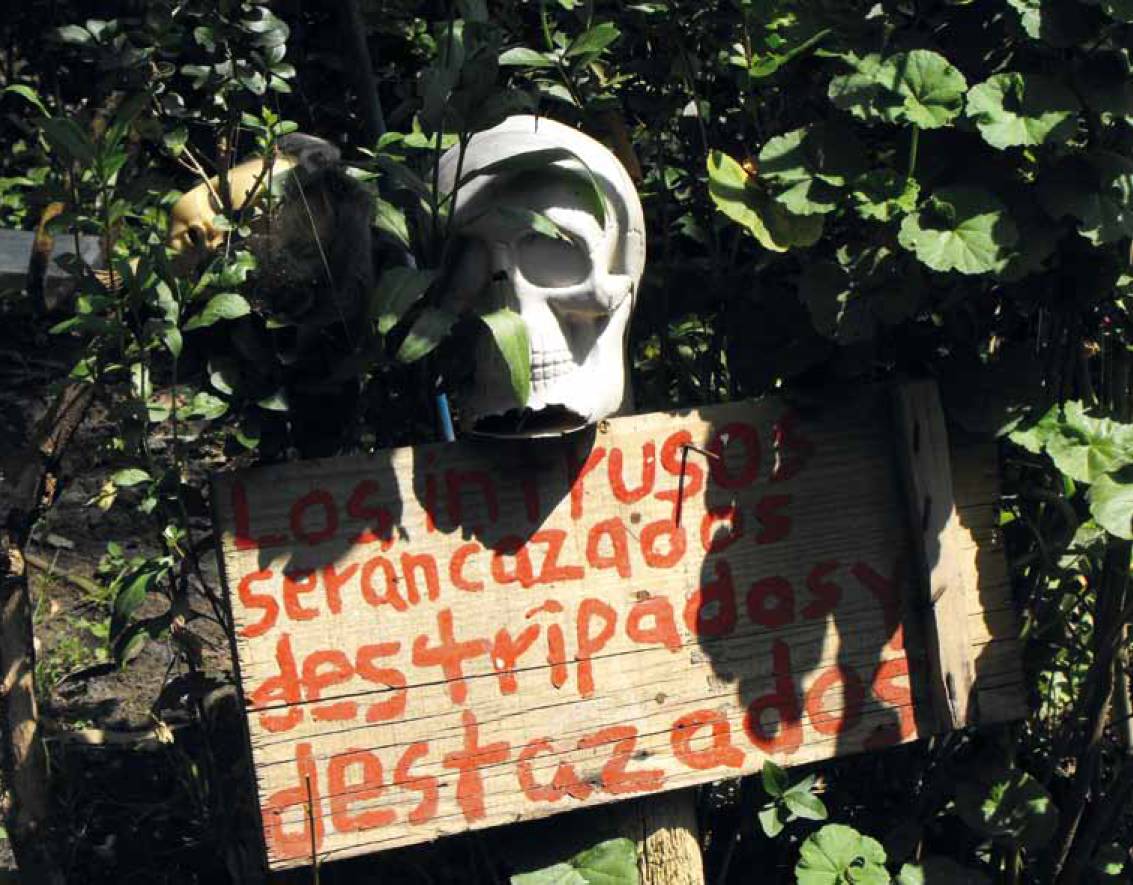 While it is true that the tragedy has fueled so-called “dark tourism” in Xochimilco, there is much more to see and do there with happier vibes. Food markets are one of the many great attractions. You’ll find exotic fruits, rare chilies, typical piñatas... Although it’s best to avoid the butcher shops if you want to get away from the grim side of tourism.

Nurseries, growing a range of plants, are perhaps the most beautiful part of this working-class neighborhood. They are a little bit off the beaten path, but the flowers and plants spilling out of them make it well worth the visit. The Madre Selva nursery is a must-see, also because of its location next to the Nativitas Forest, filled with lush vegetation and native fauna.

And if you’re going to Xochimilco, you have to make a stop at the nearby borough of Coyoacán, one of the oldest in the region, famous for being home to Leon Trotsky, Diego Rivera, and Frida Kahlo. Kahlo’s famous Blue House is found there. What was once her home, the museum today continues to protect her personal belongings and some of her most important works. A journey of contrast has to end in a traditional Mexican cantina, making a toast to Mexico, cabrones! ■