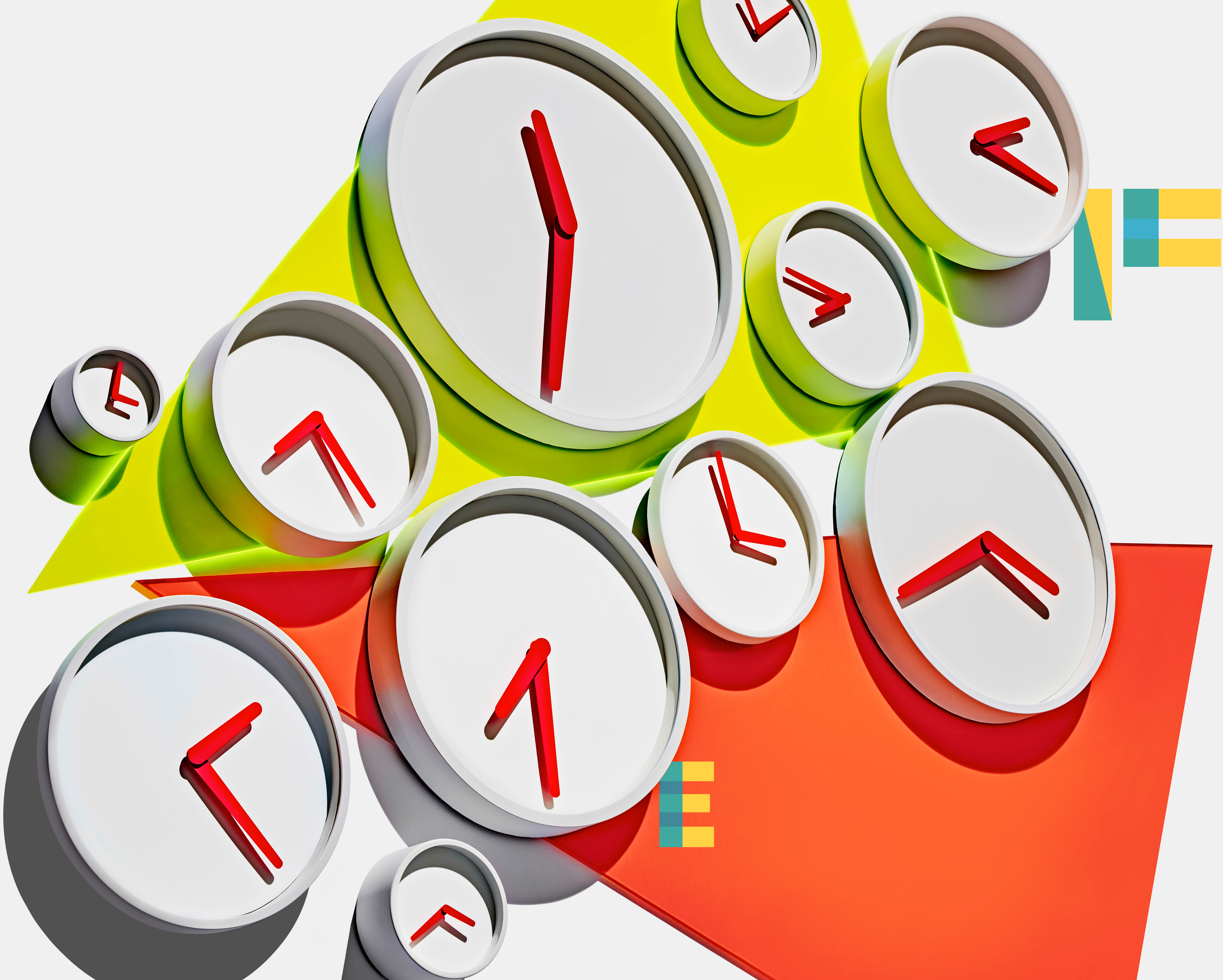 IF you want to understand your circadian rhythm better, it helps to think about The Bachelorette. (Stay with us here!)

The producers map out each day, scheduling events in a particular order to keep the show progressing the way it’s supposed to: In the morning, there’s a date card selecting the dudes who will attempt to woo the leading lady first. Next is the group date, which continues the quest for a love connection. In the evening, a rose ceremony advances the healthiest relationships and weeds out the toxic ones. If these events and interactions didn’t occur at the right times, the show wouldn’t make sense—or even function.

Your body is the same way, following a sort of script in the form of a daily schedule it’s programmed to want to stick to.

“We have certain rules and specific times we eat, work, sleep, heal, and repair,” says Satchidananda Panda, PhD, a professor at the Salk Institute for Biological Studies in San Diego and author of The Circadian Code. It’s all determined by your circadian rhythm, basically an internal timepiece that affects so much more than just sleep.

Each of the tissues in your body is tied to your circadian cycle, and nearly 80 percent of your genes are in a rhythm that depends on the time of day, according to a study conducted last year by the Salk Institute.

In fact, your timekeeper runs just about every physiological function you need to survive—how fast your heart beats, when hormones are released, how well you digest food, and so on.

“One of the things that is really coming to bear at this point is just how much of your body is controlled by the clock,” says Jennifer Marie Hurley, PhD, a molecular biologist in the department of biological sciences at Rensselaer Polytechnic Institute, whose research focuses on circadian rhythm. “It’s absolutely not just sleeping and waking.”

There are three main factors that hold the power to impact or change your cycle: light, genetics, and sleep. When you, say, are exposed to bright light at the correct times, your body operates as it’s designed to.

Unfortunately, when your clock is thrown off, your cells can’t function properly. All sorts of stuff can go wrong as a result, from little nuisances like fuzzy concentration to bigger issues such as hormonal imbalances… and, eventually, severe health problems like diabetes, depression, or cancer.

More womp-womp news: Modern life is jam-packed with disruptions that muck up our tempos, such as starting the workday before your body is ready, spending most of your waking hours indoors under dim lighting, or staring at a phone screen while you’re lying in bed.

So how do you keep your rhythm humming as it should without living like a full-on cavewoman?

WH tapped pros at the forefront of research in this area to find out what you can realistically do to reset your body clock for a stronger, healthier you—morning till night. 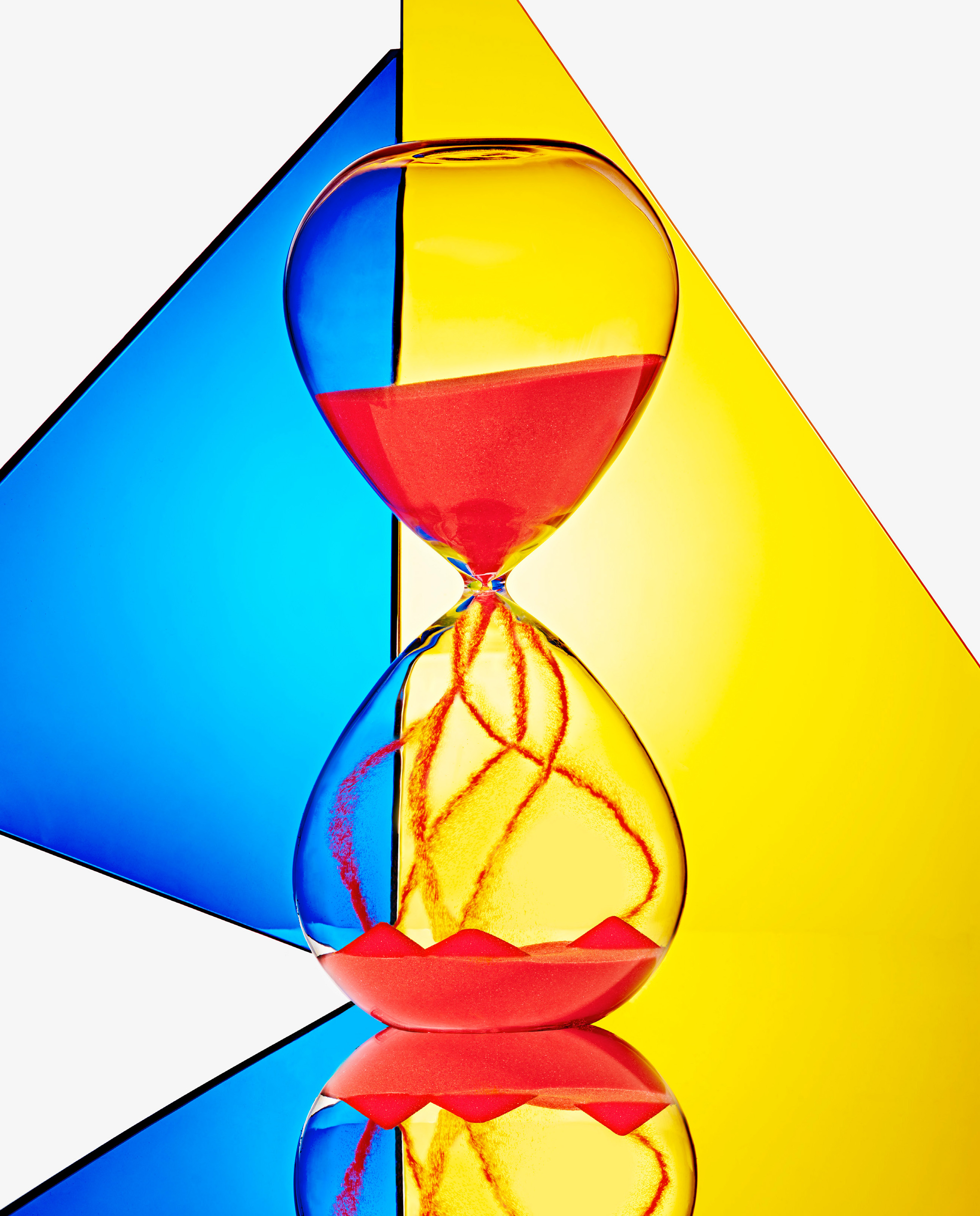 Zeitgeber: the word for an external cue that influences your cycle. (STYLING: MEGUMI EMOTO/ANDERSON HOPKINS)

Your DNA is a power player in the circadian rhythm game because it determines your chronotype—i.e., your body’s preferred sleep and waking patterns. Your chronotype sets when you’d nod off and rise if you had no work or commitments that got in the way. Fight against your type too much and you risk throwing off your rhythm. “Over time, the disruption of your circadian rhythm can lead to a higher risk for disease,” says Hurley.

It’s not as easy as figuring out whether you’re a morning person or night owl, either. “Most of us are intermediates,” says sleep and circadian rhythms researcher Ari Shechter, PhD, an assistant professor of medical sciences at Columbia University Medical Center.

See which chronotype sounds most like you, then lean into your type with this advice.

You’re a natural early riser and feel most active and alert during the morning hours. So make that your get-sh*t-done time. You’re also more tired than the other groups by the evening. Don’t be afraid to hit the hay as soon as you start feeling drowsy, even if that sometimes means saying no to after-work drinks. Your body will thank you for it.

This group is in the middle of the road, Shechter says. Compared with larks and owls, intermediates are not as negatively impacted by social behaviors. Translation: You’re more able to pick your ideal rise and sleep times. If you’re looking to get to bed and wake up earlier, try starting your wind-down routine an hour or two sooner.

If you fall into this category, you don’t truly feel awake until after 10 a.m. at the earliest, and you typically don’t get tired until well after 10 p.m. Don’t be surprised if you have a sudden spark of creativity after dark while your S.O. or roommate is sound asleep. If you’re fortunate enough to have a flexible job/a cool boss, ask if you can start at 10 and stay late, Hurley urges. “It will have a positive effect on your health in the long run.” 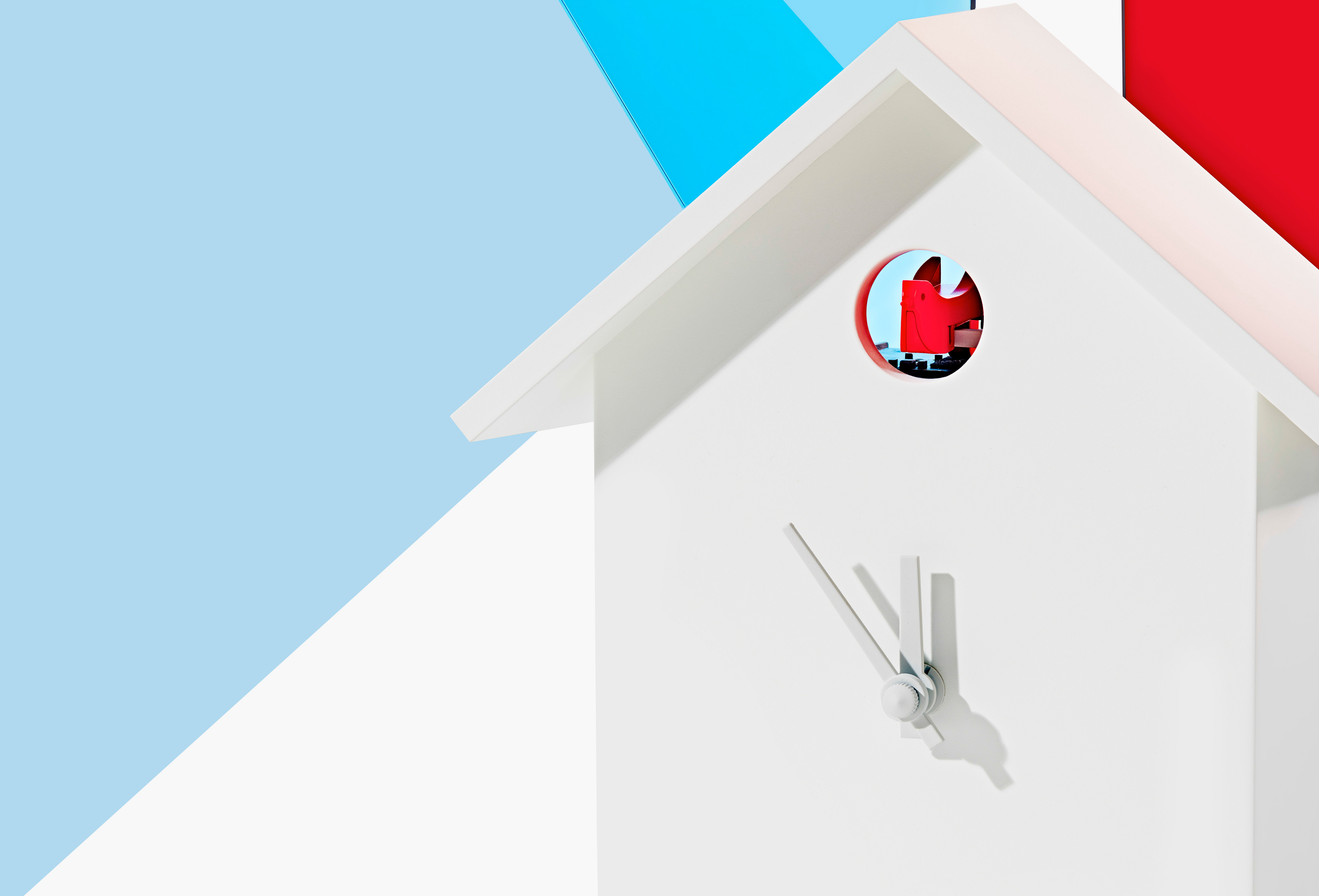 30% Estimated percentage of intermediates, the people who don’t fall into a chronotype extreme (night owl or morning lark), per a study of over 1,000 people in Personality and Individual Differences

LOOK ON THE BRIGHT SIDE

Light may play the most important role in regulating your body clock, says Cathy Goldstein, MD, a sleep neurologist at the University of Michigan Sleep Disorders Center. Before the lightbulb, it was all about the sun. Then came smartphones, tablets, and that after dark Netflix glow.

Your gadgets have turned into extra appendages, and your circumstances may not let you abide by the been-there-heard-that advice “Don’t use technology at night” (le sigh). Some relieving news: Even small adjustments can help run interference.

Well, just with your screens. Activating the “night shift” setting on your devices to tamp down brightness can make a big difference, says physician Anil Rama, MD, an adjunct faculty member at the Stanford Center for Sleep Sciences and Medicine.

Take in the morning rays.

Even when it’s overcast, this is beneficial, says Panda. Getting outside for 30 minutes in the a.m. does the trick. “On a cloudy day, the light outside will still be around 10,000 watts—which is plenty,” he adds. “Or wake up and just open the window, or pull up the blinds so you bring some light into the house.” 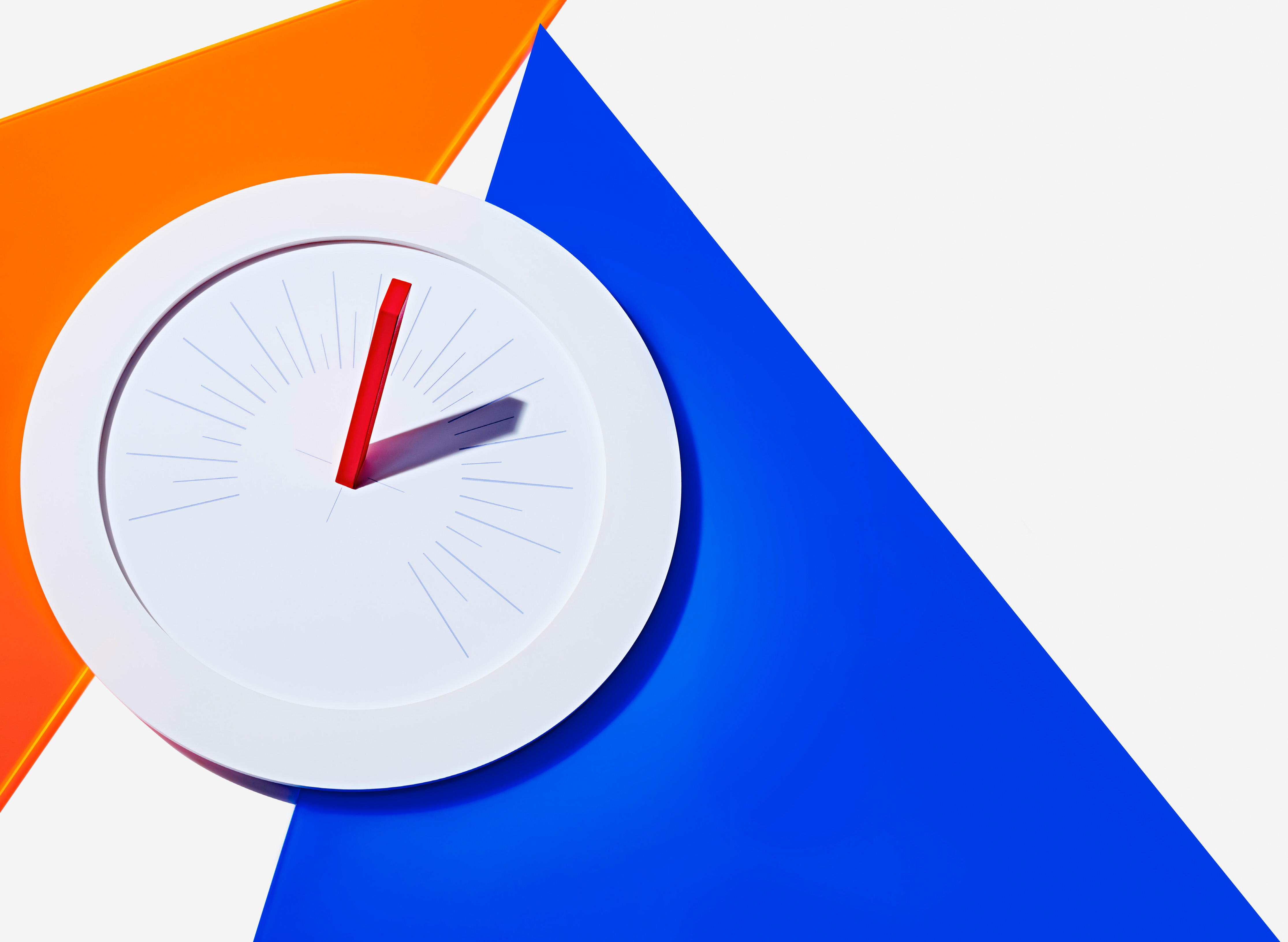 55% Percentage of the population that wakes up (by their alarm clock—not necessarily by choice!) between the hours of 6:30 and 8:00 a.m.

You know you love cozying up with candles or a fire—and now you have a legit health reason to. Using a flame for light after the sun goes down instead of jarring bulbs can help keep your internal beat aligned, Panda says. “You will feel sleepy a couple of hours earlier.” Try this to gain extra Zs after a few nights when the sleeping was tough.

SNOOZE TO THE BEAT IN YOU

We live in a world where it’s more socially acceptable to be an early bird, says Mimi Shirasu-Hiza, PhD, an associate professor of genetics and development at Columbia University. And sleep hygiene advice often harps on this theme (“Get to bed earlier,” said everyone, ever). “But now we know that people have very diverse rhythms, and different parts of the day or night may be optimal for them to do different things, including sleep,” Shirasu-Hiza notes. Behold, your freshened-up sleep rules:

Sleep when you want to sleep.

Follow the schedule that feels best for you (that is, when you line up closely with your chronotype, even if it’s a late one). Shirasu-Hiza, for example, says she’s a quintessential night owl. “I do my best work between 10 p.m. and 2 a.m.,” she explains—so she goes to bed early, then wakes up during those hours to power through some things. The takeaway: Listen to your bod and keep to the schedule that makes sense for your life and chronotype—even if it’s unconventional.

Too often, people are hung up on the idea of catching up on sleep, which actually isn’t possible. A better way to think about it: Get your rhythm back on track. “It’s not that you have to be perfect every single day,” Panda says. But if you’re exhausted and out of sync, try not making plans for a while. Panda also recommends skipping coffee until you return to your preferred sleep-wake times.

Rather than setting a strict bedtime and wake-up time, says Panda, it’s better to focus on how much time you spend in bed—snoozing or not. “We don’t say how many hours you should sleep,” he says. “We just say, ‘Try to be in bed for eight hours, so that you have the opportunity to sleep for at least seven of those.’” This may help relieve the stress you might feel over not being able to start snoring precisely at a designated time—or about not conking out the minute your head hits the pillow. ■