In Every Issue
/ romance news
Brad’s IN LOVE AGAIN!
BRAD PITT IS OFF THE MARKET! AFTER A ROUGH FEW YEARS, THE A-LISTER IS ROMANCING ACTRESS ALIA SHAWKAT 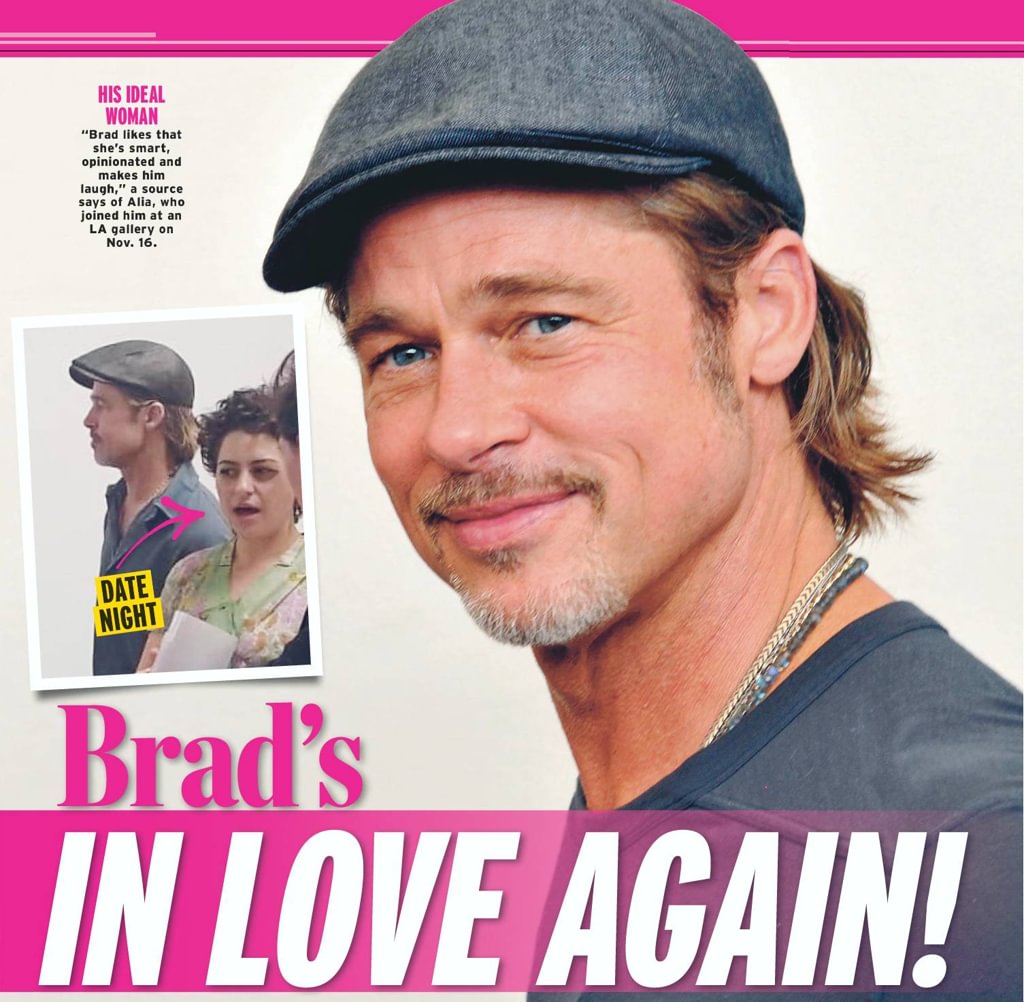 HIS IDEAL WOMAN “Brad likes that she’s smart, opinionated and makes him laugh,” a source says of Alia, who joined him at an LA gallery on Nov. 16. 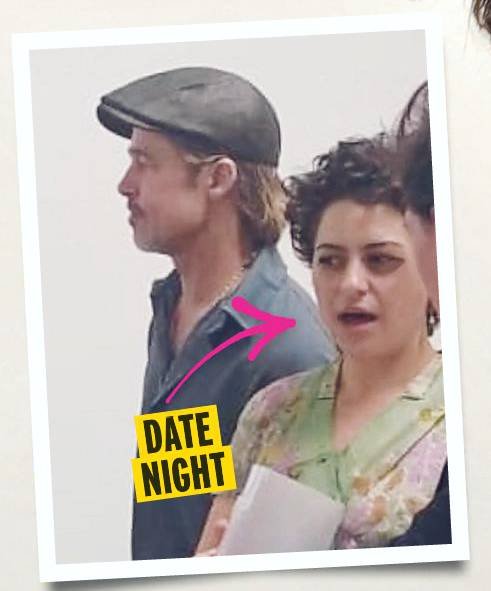 They looked so comfortable together. After checking out an exhibition featuring actress Alia Shawkat’s artwork at LA’s Wilding Cran gallery, she and Brad Pitt had a two-hour dinner together at Majordomo restaurant on Nov. 16, during which they were “deep in conversation,” says one witness. Adds another, “They were laughing, and he kept touching her shoulder. They definitely seemed like boyfriend and girlfriend, and they left together.”

They’ve been seeing each other for months now. Brad, 55, and Alia, 30, also reportedly left a play together in September, and were spotted backstage at comedian Mike Birbiglia’s one-man show on Oct. 24. “He’s been slowly dipping his toe in the dating pool, and he’s finally found someone he connects with,” a source says of Brad, who was declared officially single by a judge in August, though his divorce from Angelina Jolie is not yet finalized. “He really likes spending time with Alia. He’s excited to fall in love again.”

Despite their 25-year age difference, Alia is a surprisingly good match. “They have a lot in common,” says the source. The pair, who run in some of the same art circles in LA, have a few other connections: The SearchPartyactress’ first film was 1999’s Three Kings opposite Brad’s pal George Clooney when she was 9 — and more recently she starred in a music video for her ex-boyfriend Jack Antonoff’s band, directed by Lena Dunham, who befriended Brad on the set of Once Upon a Time in…Hollywood. “She’s not the usual vapid, fame-seeking actress looking to latch on to a star — she has substance,” the source says of Alia, who came out as bisexual in 2017. And while it’s only been a few months, “Brad’s telling friends she’s one of the most interesting women he’s met in LA in a very long while.”

It’s about time. Since his painful 2016 split from Angelina after more than 10 years together, the Ad Astra star has been linked to a bevy of smart, beautiful women, including architect Neri Oxman, 43, holistic healer Sat Hari Khalsa, 50, actresses Charlize Theron, 44, and Margot Robbie, 29, and of course his ex-wife Jennifer Aniston, 50 (see box), but hasn’t moved forward with any of them. “He’s really into Alia, but he’s taking this slowly,” says the source. “Brad comes with a lot of baggage! He’s worried about the attention she’ll get. Not a lot of women can handle that scrutiny, but if anyone can, it’s Alia.”

They’re willing to give it a shot. “Brad’s friends are excited for this romance to develop,” says the source. “He certainly deserves it!” ■