Departments
/ NEWS ANCIENT DNA
Tracing the Ancestry of the Biblical Philistines
Ancient DNA reveals the Israelites’ archenemies originally came from Europe, settling around Ashkelon at the dawn of the Iron Age. 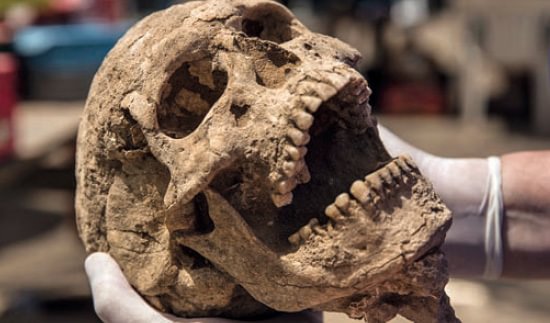 THE DISCOVERY OF a Philistine cemetery at Ashkelon, Israel, has provided researchers with human remains to study local ancestry. Uncovered at the site were a well-preserved human skull (above), the remains of a 10th-century B.C. Philistine (below left), and a small vessel (below right) that was found near the nose. 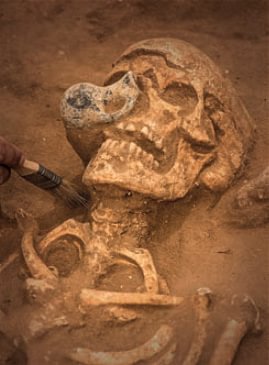 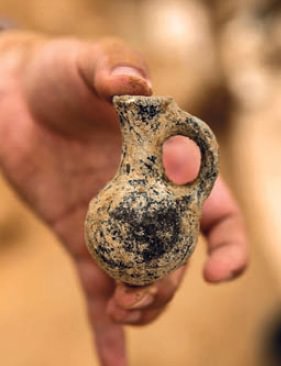 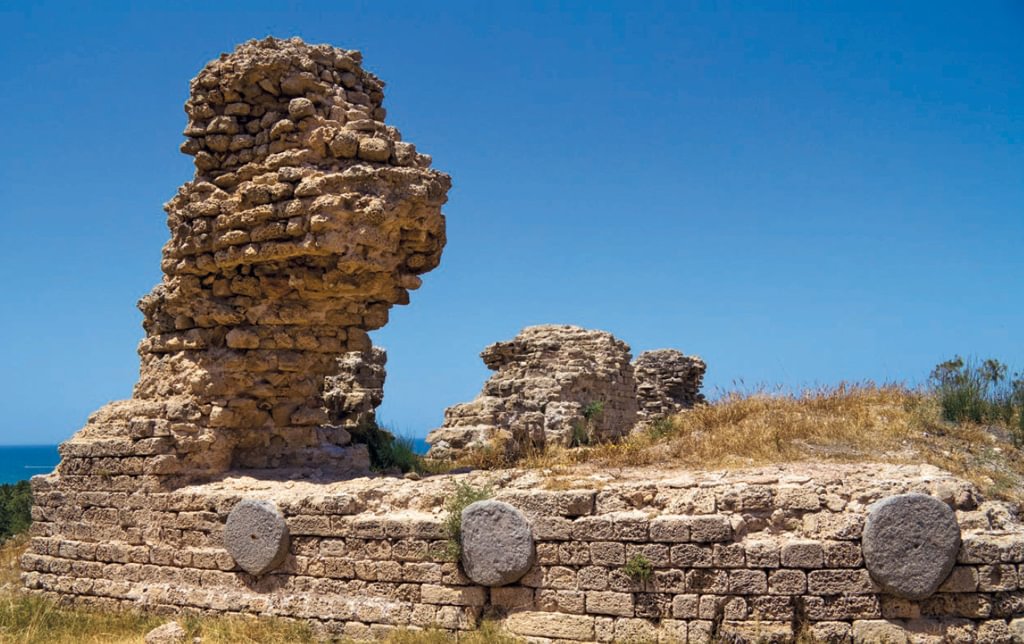 REMAINS OF THE MEDIEVAL FATIMID WALLS OF ASHKELON, ISRAEL. THE ANCIENT SEAPORT WAS FOUNDED BY BRONZE AGE CANAANITES, AND LATER SETTLED BY THE PHILISTINES IN THE 12TH CENTURY B.C. (V. DOROSZ/ALAMY) 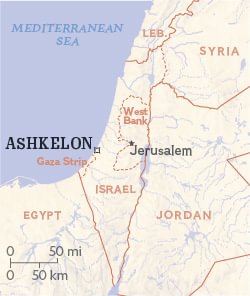 ASHKELON, today in Israel, was already an ancient seaport when it was settled by Philistine peoples from Europe around 1200 B.C. The newcomers also established rule over Ashdod, Ekron, Gath, and Gaza. (NG MAPS)

Ancient bones from southern Israel have confirmed the European origins of the Philistines of the Bible.

A genetic study of remains from sites near Ashkelon also strengthens the view that the Israelites’ troublesome neighbors—whose best known representatives in the Bible include the giant Goliath and the seductress Delilah—settled in modern-day Israel around 1200 B.C.

The Leon Levy Expedition to Ashkelon joined with the Max Planck Institute for the Science of Human History to analyze DNA from 10 sets of human remains. The results, published in the journal Science Advances, confirm that four of these sets of remains, which date to the late 1100s B.C., display significantly more European ancestry than older specimens that were analyzed.

The researchers believe these four people were recent descendants of the first Philistine migrants to the Levantine coast. Historians date their arrival to around 1200 B.C., a time that coincides with the earliest production of Philistine pottery in the region.

The origins of the Philistines have long intrigued archaeologists. Until recently, only a few burials had been uncovered that could shed light on their provenance.

In 2016, however, the Leon Levy Expedition to Ashkelon unearthed a large Philistine cemetery at the Ashkelon site. This discovery, together with the location of other Philistine burials, provided the basis for the genetic analysis across different time frames.

Genetic evidence of European provenance echoes the Bible’s description of Philistine roots, saying they came from “Caphtor” (Amos 9:7), an ancient term for Crete. The Ashkelon team has yet to determine an exact origin, but Greece, Crete, and Sardinia are strong contenders.

Despite this, the Philistines remained outsiders. In the Bible they are reviled for their differences, traits confirmed in archaeological finds: Their script was Aegean, not Semitic; their pottery was similar to that of the ancient Greek world; and they ate pork.

Even so, as Daniel Master, director of the Leon Levy Expedition to Ashkelon, explains, Philistine cultural differences lessened and evolved: “Over time, we can show that Philistine culture changed, that their language changed, and now that their genetic profile changed, but according to their neighbors, they remained Philistines from beginning to end.” ■