FOOD
IS PLANT-BASED MEAT GOOD FOR YOU?
If the juiciest burger you eat this year is made of pea protein, you won’t be alone.
BY MARISA COHEN
PHOTOGRAPHS BY SARAH ANNE WARD Over the past few years, imitation meat—created in a lab from plant proteins, but with a texture and juiciness that mimics animal-derived meat—has taken us light-years beyond the days of cardboard-like veggie burgers. Today there are meatless burgers, wings, and sausages that look and taste as much like meat as you can get without harming a cow, chicken, or pig. Their impact on the planet is considerably gentler than that of raising livestock, and concern about the climate may be a factor in the growing sales of meat substitutes (up to $150 million in 2018) as experts warn that our current food systems are unsustainable.

And a lot of people love the taste: “I haven’t eaten meat in years, but I recently had an Impossible Burger in a restaurant, and it was absolutely delicious,” says Bonnie Taub-Dix, R.D.N., creator of BetterThanDieting.com and author of Read It Before You Eat It. “But you have to look at the ingredients and nutrition facts to find out exactly what you’re eating, because these meat substitutes may not be as healthy as you think.”

A Look at What’s Inside

Instead of using traditional veggie-burger ingredients such as rice, whole peas, beans, and tofu to mimic meat, the creators of the Impossible Burger and Beyond Burger, the two largest new brands, engineered a new substance. It tastes similar to animal flesh through a combination of modified plant proteins, coconut oils that provide the sizzle, and, in the case of the Impossible Burger, a molecule called “heme” that provides the meaty flavor.

“There is a real health halo around plant-based meats, but when you see them compared side by side with beef or chicken, it can be very eye-opening,” says Dawn Jackson Blatner, R.D.N., author of The Flexitarian Diet. Even John Mackey, CEO of Whole Foods Market—which introduced Beyond Meat’s first products in 2013 and carries its full line of burgers and sausages along with other plant-based meats—recently made waves by telling CNBC that he believed the products weren’t a healthy choice. “If you look at the ingredients, they are super-highly-processed foods,” he said. “I think people thrive on eating whole foods.” The main ingredients in plant-based meats are lab-derived pea protein isolates and soy protein concentrates. Plus, they have more than a dozen ingredients, while real beef or ground turkey has, of course, just one.

In general, switching from a meat-based diet to a plant-based diet can have numerous positive effects on your health: Studies have shown that well-planned vegetarian and vegan diets can cut the risk of heart disease, certain types of cancer, type 2 diabetes, and hypertension. Simply switching from animal-based burgers and chicken fingers to plant-based versions, though, won’t do the trick unless you add a lot of vegetables, fruits, and whole grains to your diet as well, says Taub-Dix. 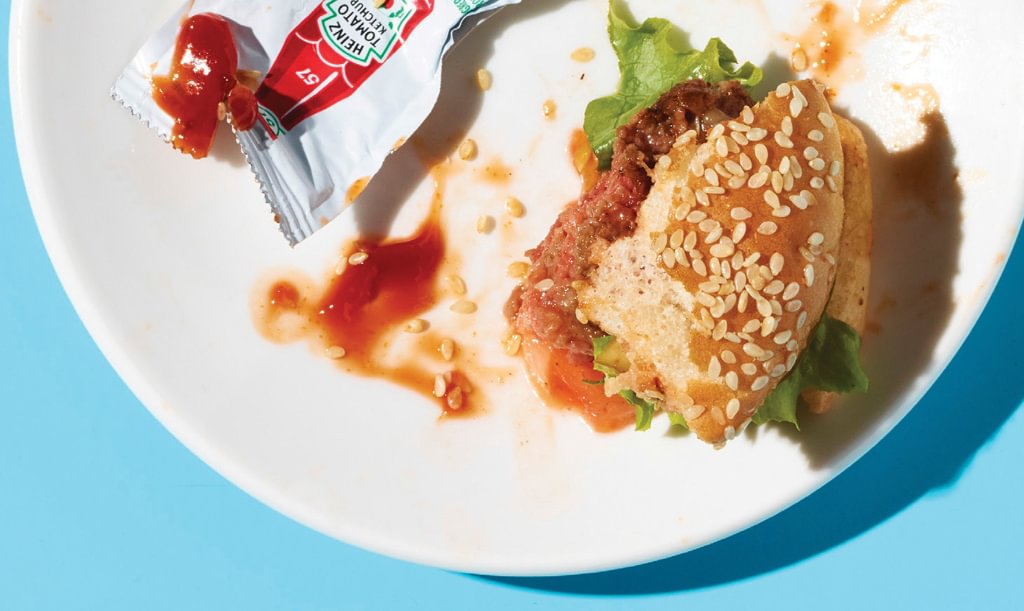 So, Should You Eat It?

Any discussion about the benefits of eating plant-based meat doesn’t stop with the nutrition label. “If you don’t eat animals for philosophical or moral reasons, yet you still miss the taste of a burger or chicken fingers, then these plant-based meats are a great choice, as long as you think of them as a ‘sometimes’ food,” says Blatner. The makers of Impossible Burgers and Beyond Burgers claim that the production of their foods uses far fewer land and water resources than are required to raise cattle. Given that industrial-scale livestock production is one of the main contributors to greenhouse gas emissions, going veggie can be a major step toward saving the planet.

Both Blatner and Taub-Dix say you should think of highly processed plant-based meats the same way you would think of a burger made with beef—great as a treat once a week or so, perfect to toss on the grill, but not an every-day meal. “If you want to eat burgers more frequently, I would recommend making a bean-based veggie burger yourself or stocking your freezer with veggie burgers like Dr. Praeger’s that are made with whole-food ingredients such as black beans, quinoa, carrots, broccoli, and corn,” says Taub-Dix. Those burgers have about half the calories of the newer meatless burgers and little or no saturated fat.

If you go for the plant-based meat, Blatner says, treat it like any other burger—surround it with healthier sides, including crunchy vegetables (i.e., not a plate of cheese fries). “If you’re eating just a burger for a meal, that’s bad news no matter what kind of burger it is,” she says. ■