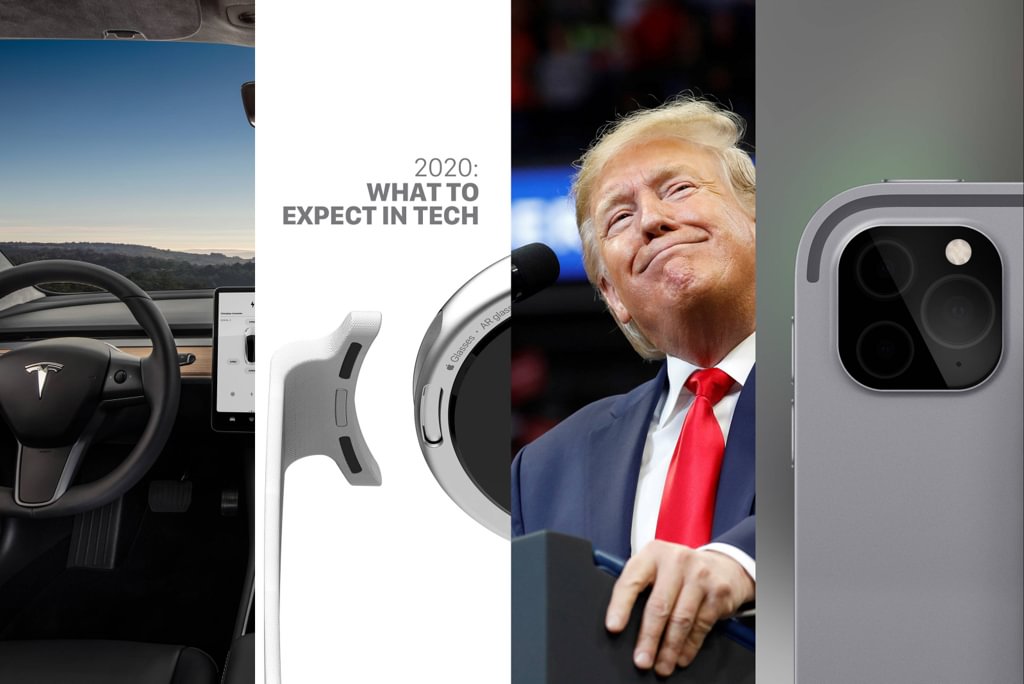 The 2010s represented a real change in the world of technology, changing the way we work, live, and communicate. But where are we headed next, and what can we expect to happen in 2020? This week, we take a closer look at innovations that are just around the corner…

Perhaps one of the biggest changes expected to hit the market in 2020 is 5G technology, promising super-fast download and upload speeds, more stable connections and unlimited possibilities for new apps, software, and hardware. Though the United States, the United Kingdom, and China have already begun to turn on networks in parts of their countries , it won’t be until the end of 2020 when we begin to see widespread adoption of the new tech .

Some of the world’s biggest networks, including EE in the UK and T-Mobile in the United States, have promised that 5G will come at no extra cost to consumers, so everyone will be able to join in the fun and take advantage. And it’s not just being able to download a movie in a couple of seconds that will change; greatly-increased speeds mean that we’ll replace our broadband and home internet boxes with our smartphones and movable dongles, and there are immense possibilities in the world of machinery, robotics, autonomous vehicles, and Internet of Things devices, with the real potential of this new technology yet to be realized .

Though we’re not quite at the stage where we can holler a robotic Uber to take us from A to B, there will be a significant shift in autonomous vehicle development in 2020. Tesla’s Elon Musk has already promised that the company will deliver its first truly automated vehicle in 2020, and we expect to see things such as automated braking and lane-changing come to the fore across a number of vehicle manufacturers’ 2020 models. And that’s without considering the rise of automated taxis, with Google’s Waymo already completing its first trial of autonomous taxis in California, transporting more than 600 people across the city in its first month . By the end of 2020, expect to see a huge number of automated players enter the market and partner with companies like Uber, Lyft, Ola, Careem, Didi, and Taxify; as the market moves towards automated driving, it’ll change the way we get to work forever. 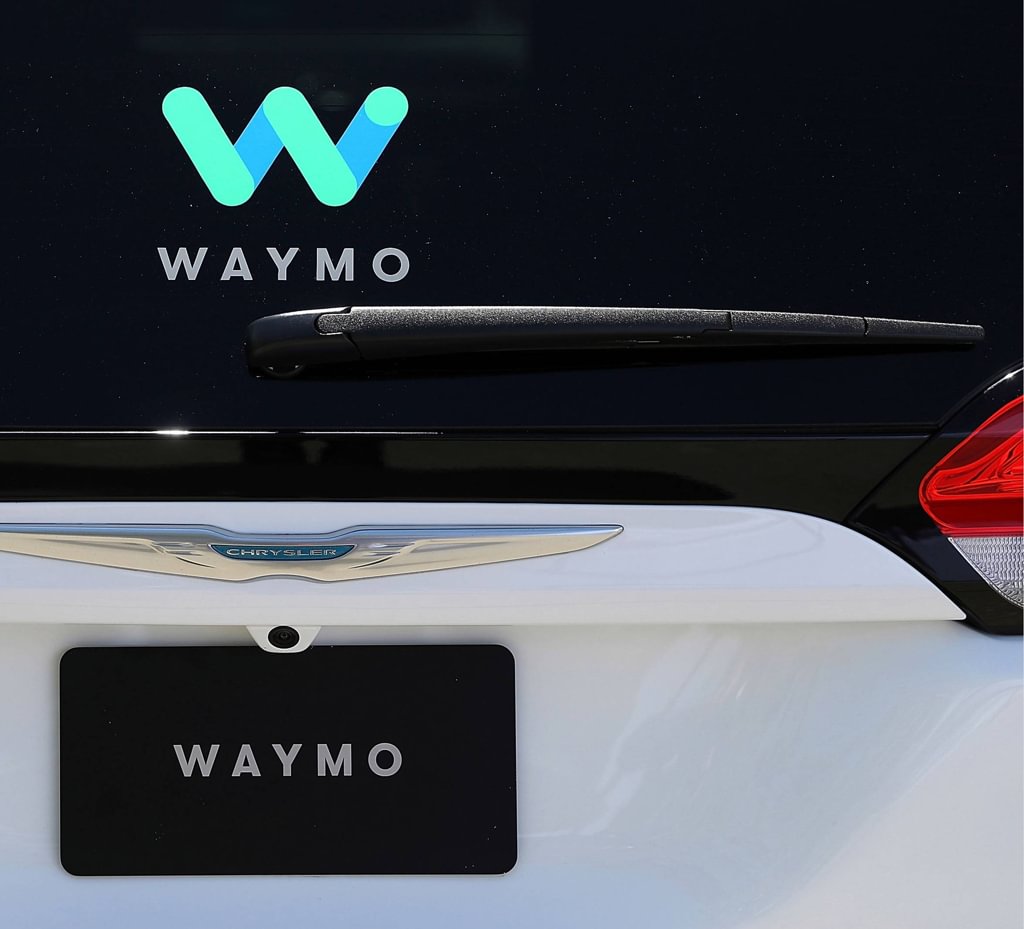 And it’s not just cars where automated vehicles will change. The trucking and shipping sectors will become more autonomous in 2020 and beyond, and we’re expecting to see some major breakthroughs in 2020. We’ve already seen Amazon deliver parcels in under an hour using drones , but that’s just scratching the surface of what could soon be possible as we combine technology with distribution. Of course, all of these changes and innovations won’t come without their challenges; not only from a human standpoint, but from regulators, legislators, and authorities. We’ll likely see the debate heat up around autonomous driving - is it safe, is it ethical, and who is accountable when something goes wrong - but it will be more a question of “when” rather than “if” we see vehicles take to our roads.

Artificial intelligence has already had an impact on virtually every facet of our lives, but in 2020 and beyond, its dominance will be felt much more greatly. As technology companies increase their computing power, we’ll soon be able to leave devices to carry out complex human tasks at lightning speeds, freeing up our time to consume content, hang out with loved ones and focus on the creative aspects of our jobs, rather than monotonous tasks .

Huge advancements in facial recognition, voice technology, and understanding the human condition mean that our technology is growing at a frightening pace - soon, AI won’t need human intervention and will be able to learn on its own, and the opportunities are endless . Voice will also become more important. Today, 20% of all searches on Google are conducted via voice , and that figure will only climb as more of us introduce smart hubs and speaker systems into our homes. But whilst Siri and Google Assistant may fall short of our human expectations, they are continuing to grow and develop, offering a more human-like experience. Indeed, Google and Amazon record millions of hours worth of voice searches every day , and through artificial intelligence, voice processing, and machine learning, they’re building capable machines that will become significant in the years ahead. Neuro-linguistic programming, for example, allows computers to understand the meaning of our voice, giving them a deeper knowledge of underlying tone and sarcasm, creating truly smart assistants for the decade ahead.

A BIG YEAR FOR APPLE

Apple rounded out the 2010s with an impressive year, launching a boatload of new products and introducing four new services to its arm that will no doubt increase profitability and prop up the company’s trillion-dollar valuation. In 2020, however, Tim Cook and Co will blow it out of the water, introducing a whole host of products and services as Apple enters its new era.

The iPhone SE 2 will start off 2020, offering a smaller, cheaper iPhone handset for price-conscious consumers and developing markets such as India and South America. The company is expected to follow up on the four-inch iPhone SE in March, sporting the same form factor as the iPhone 8 and introducing impressive internals, like an A11 chip and new camera, all for under $400, comfortably competing with the likes of the Google Pixel 3a . 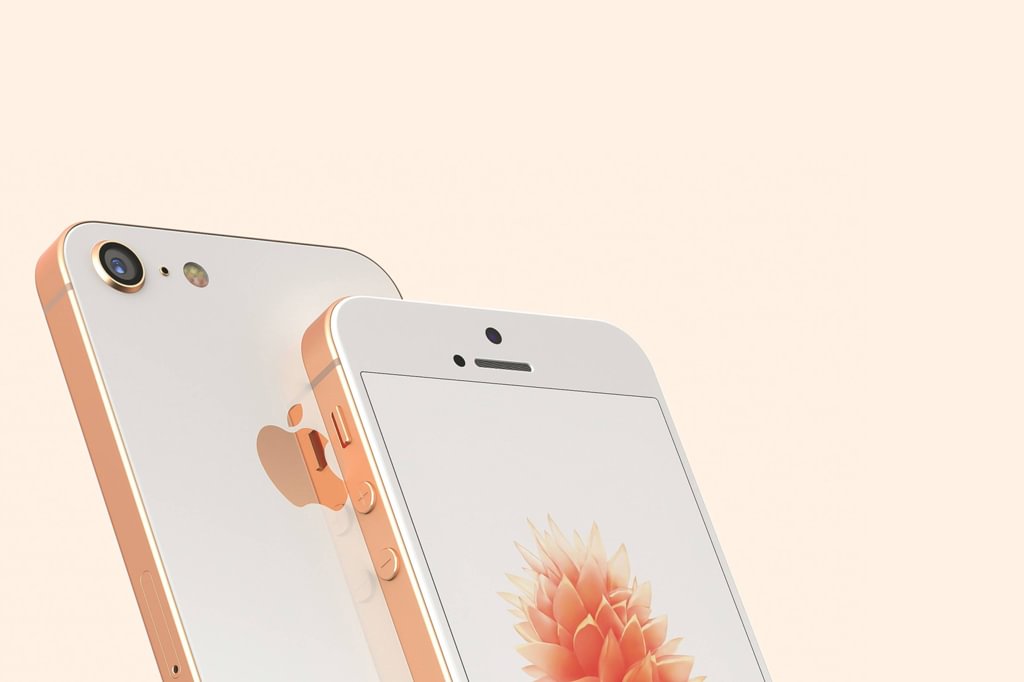 The iPad Pro will also be given some love in 2020. The company refreshed the iPad, iPad mini and iPad Air in 2019, but the Pro model wasn’t updated, suggesting a new model is coming before long. Insiders suggest a spring launch, with Apple expecting to bump up the processing power, introduce new triple-lens cameras, and perhaps even a mini-LED display .

Apple TV will also be overhauled in 2020, following the launch of the Apple TV+ streaming service in November. Though the current box offers everything users need to access their favorite content and play games through Apple Arcade, a set-top-box with a cheaper price point will encourage more consumers to make the jump to Apple TV+, while the long-rumored Apple TV stick could see the light of day, allowing Apple to reach the masses.

Apple is also widely expected to launch its own headphones in 2020. Though the company already offers an impressive line-up in the form of its AirPods, AirPods Pro and its Beat range of earbuds and headphones, the Cupertino company has yet to develop its own over-the-ear headphones with Apple branding. That is expected to change in the first six months of 2020, with StudioPods offering a high-end audio experience for professionals . 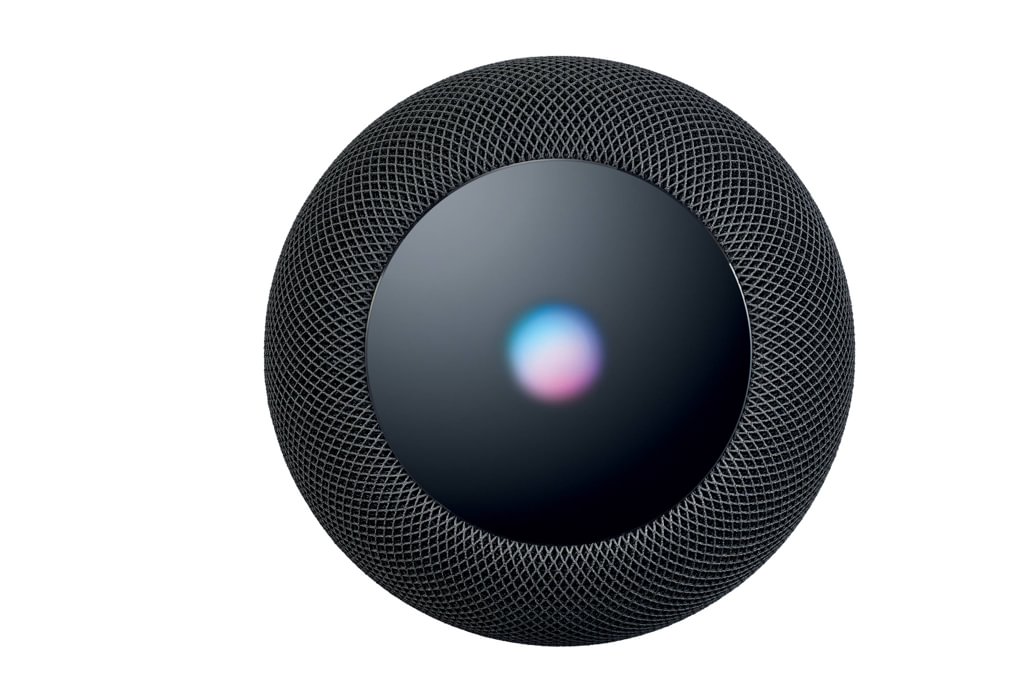 A new HomePod will also be welcomed in 2020, allowing Apple to better compete with the likes of Amazon and Google who have cannibalized the smart speaker market. Though the company’s first foray into a home hub was well received amongst critics, few could deny that the HomePod was overpriced; so much so that the company eventually dropped the price . In 2020, we expect Apple will launch a new HomePod and a cheaper, smaller alternative (akin to the Google Home Mini and Amazon Echo Dot) to help Siri dominate.

2020 will also bring with it an updated MacBook Air with a new keyboard (first introduced on the 16-inch MacBook Pro) and a new Mac mini, which hasn’t been updated since October 2018. Those two new devices, potentially set to be unveiled at WWDC 2020, could be the first to come packaged with an Apple-made processor; the company has made no secret of the fact it wants to move away from Intel, and some expect the first will be ready for 2020.

And the announcements don’t stop there. Several high-profile sources are adamant that Apple will release the first iteration of its AR Glasses, offering developers the ability to build apps and games that change the way we play, communicate, and work. It’s the world’s worst kept secret that Apple Glasses will be followed up by a VR alternative in 2021 or 2022, but code has already been found in iOS 13 to suggest the first version of Apple’s glasses will be coming in 2020. 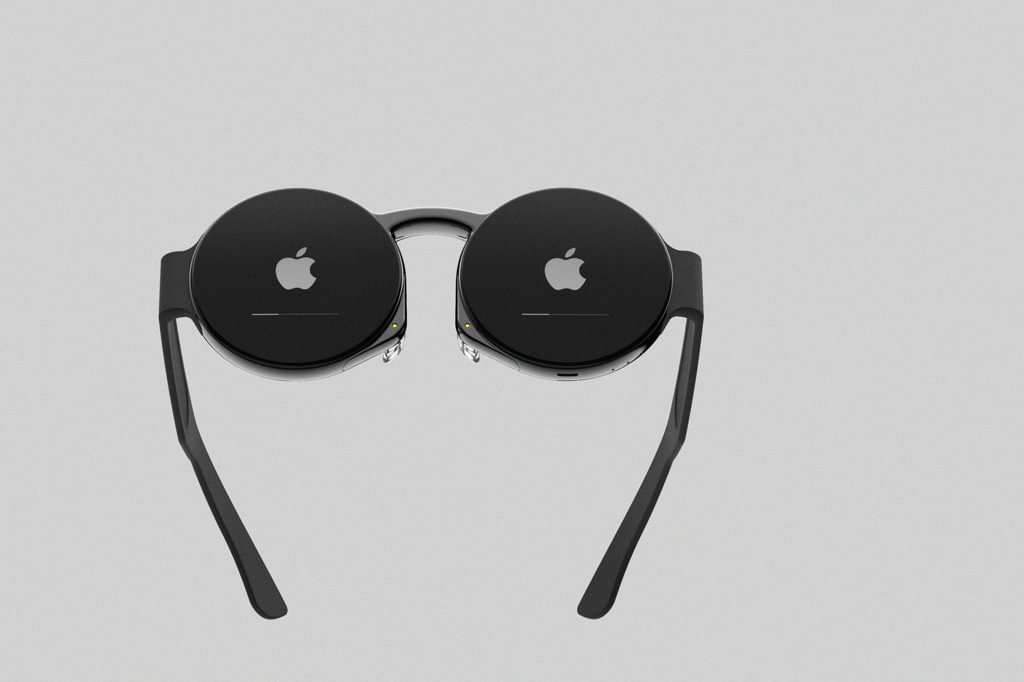 2020 will also see some big changes to the iPhone lineup, with Apple launching its first-ever 5G-capable devices in September. They’ll be powered by iOS 14, whilst iPadOS 14, macOS 10.16, and new versions of tvOS and watchOS will, as per tradition, be teased at WWDC.

Finally, the small issue of Apple Car. Rumored for more than eight years, we know that Apple is working on something motoring related behind the scenes, though we’re unsure exactly what the firm has been cooking up. More than 1,000 developers are working on Project Titan, and rumors have suggested that 2020 will be the year we hear something official . Of course, there’s no guarantee an Apple Car is coming at all (the project had previously been scrapped) but we’re certainly expecting to hear about some major developments in 2020 .

THE FUTURE IS COMING

With technology impacting every aspect of our lives, and innovations taking place across the globe both publicly and behind the scenes, it’s impossible to predict what our world will look like a year from now. We didn’t have time to mention a humanized internet, global electrification, cheaper solar power, the growth of the Internet of Things, new cures in medicine thanks to scientific breakthroughs, and data-driven healthcare, fueled in part by wearables like the Apple Watch. And that’s without thinking about the possibility of printable organs, the “internet of everywhere” connecting the dots and bringing us closer to one another, and the environment, and how technology can help us to reserve the damaging effects of climate change. Oh, and there’s the small matter of foldable phones, health tech, the growth of cryptocurrencies, and the increasing role social media plays in our democracies, with all eyes firmly on the 2020 United States Presidential Election . 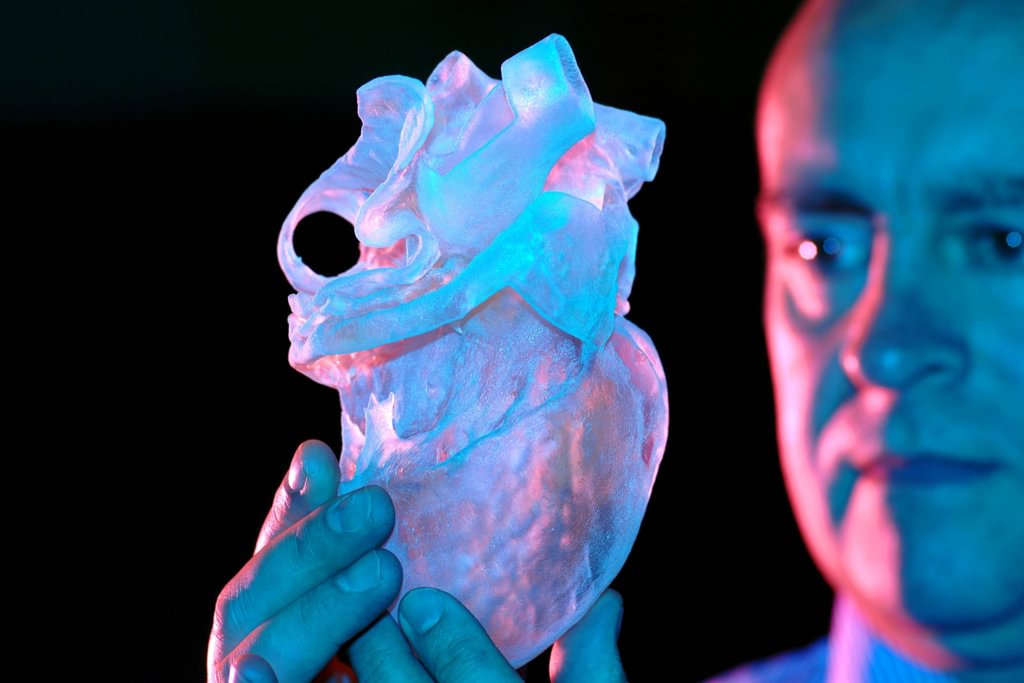 In short, 2020 represents real change. It will be a year of coming together, using technology to empower us and change the way we work. Automation and the threat of jobs will no doubt be one of the biggest challenges we overcome, but it’s a hurdle that will set us off on a new path and allow us to build a world that’s brighter, smarter, and safer for everyone… ■