Features
The NEW RULES of DATING
Maybe you’re out there again or you’re just curious about life on the ‘other side’. Read on for the latest trends on the singles scene
WORDS MARIA COOLE 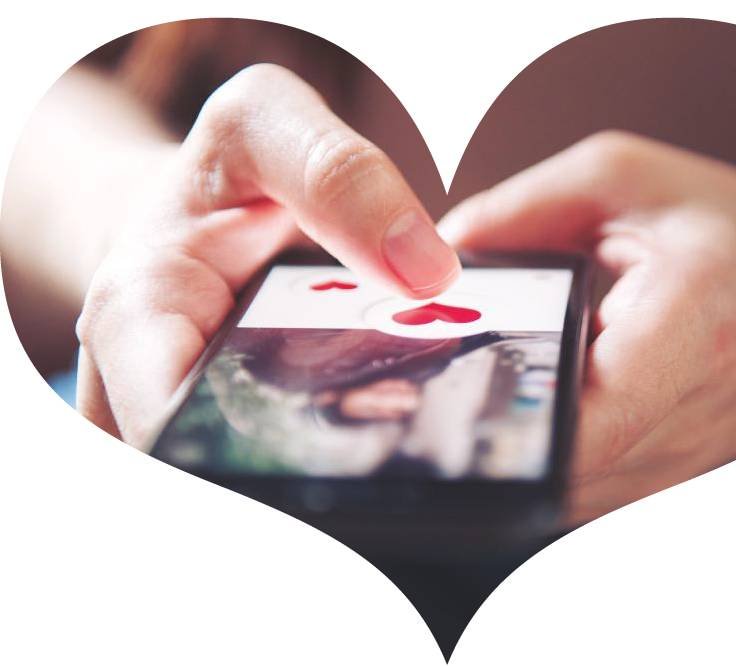 Remember when dating was simple? Introductions through friends, at the student bar, parties or weddings, then meeting in a pub and shazam! – or not, but at least it was easy to read.

Fast forward – and if you’re now one of the box-fresh divorcees looking bewildered at a dating scene that’s undergone a drastic transformation, you’re not alone. According to the Office For National Statistics, the divorce rate is highest among women aged 40-44 years, and men aged 45-49 years. And now most singles are dabbling in the digital dating world, with estimates of up to seven million currently registered on UK dating sites. According to the dating experts the same rules apply, whatever your age. So brace yourselves for the w&h glossary on new dating trends.

Everyone has a favourite photo. The trouble is if it’s over 20 years old and it’s their profile pic. How do you know, when you’re arranging a date with Dorking’s very own Jon Bon Jovi that what will turn up is a baldie with a beer belly. This is a form of lying, and even if your date wins you over, it’s not an ideal start to a relationship.

Fran Levy*, 53, a charity worker from Cardiff, knows the feeling only too well. ‘I’d been married for 22 years, so when my divorce came through, I signed up with a few websites. I was excited when I hit it off with Gordon. He looked a little bit like a slimmer Michael Ball – who I think is gorgeous. We talked a lot by text and email for a few months until our first date.’

That was an evening meal in a local restaurant, with Fran arriving early. ‘I’d been there five minutes when a chubby, bald man walked in. I carried on looking at the menu. Shortly after I was aware someone was standing over me. I looked up and there was Gordon. My heart sank. He was Michael Ball, if Michael ever loses his hair and grows a big belly. Despite my disappointment, he did make me laugh and came across as a decent bloke, but I couldn’t get out of my head that he was a liar.’ Fran sent a couple of polite emails but never saw Gordon again.

This is the opposite of kittenfishing. It’s when a younger man uses photos of an older one to convince women he’s a silver fox in their age group.

Retail manager Susan Drew*, 49, from Rochester, recalls her mixed emotions when a 22-year-old turned up. ‘Online Jason was a 51-year-old divorced firefighter. I’d just come out of a 25-year relationship and was horrified when a 22-year-old met me in a pub. He revealed straight away he was much younger. I was appalled, but he kept saying he was highly attracted to me. Who wouldn’t be flattered?’

Susan embarked on a three-month relationship with Jason but she never told family or friends. ‘He was only two years older than my eldest son, so part of me felt ashamed. We’d meet in remote hotels and basically had great sex. After three months he disappeared. I guess he moved on to another woman. I knew deep down it wouldn’t last and to be honest, it was exactly what I needed.’

Ever feel like you’re the warm-up act and not the headline attraction? You could be the victim of pocketing. If you’re always the Monday evening date, they’re mysteriously never free at the weekends, you’ve never been introduced to family and friends, watch out! It’s a fact of life that you’ll encounter more people who have pre-existing relationships, but pocketing is a red flag – are they married, with you the unwitting mistress?

‘There was one guy I liked,’ says Claire Laing*, 62, from Stirling. ‘But he only gave me a landline number and it always went to voicemail. It occurred to me later it was probably his office line. He was very vague about where he lived and worked, although he stayed over at mine. We saw each other for a few months but it was like dating a spy. He didn’t do social media. I did ask if he was married. He denied it.’ 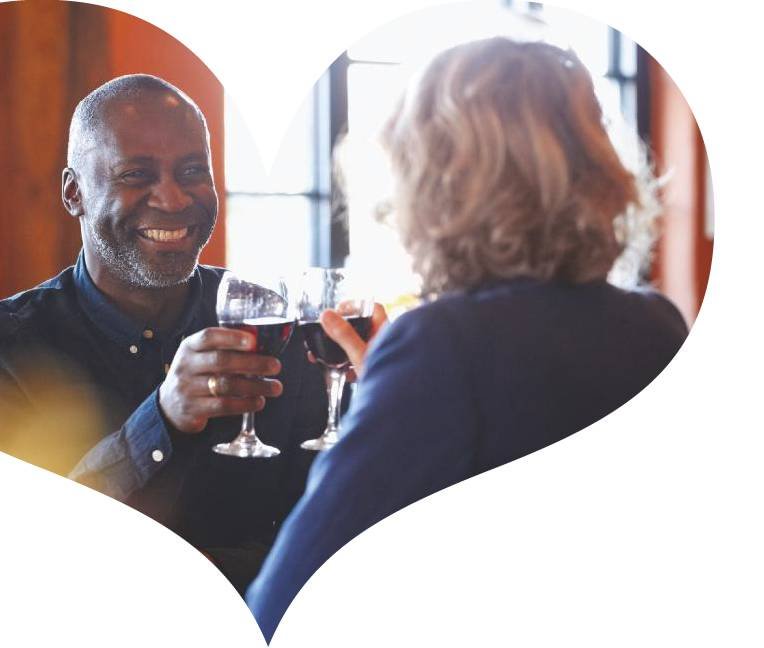 This is when an ex keeps in touch on social media platforms and says how nice you’re looking.

‘If you have any sense you’ll delete an ex from Facebook and Instagram,’ says Tracey Harvey*. The 43-year-old London schoolteacher had been plagued by this trend for three years until she blocked her annoying orbiting exes.

‘I was always casually dating before meeting my current boyfriend but nothing seemed to put off any exes. Every couple of weeks one of them would check in with a message. If I replied, they never did.’

This is named after Jay Gatsby in F Scott Fitzgerald’s The Great Gatsby – the doomed character who threw lavish parties in the hope that Daisy Buchanan would show up.

Nadia Carter*, 47, a divorcee from Birmingham, has had a gutful of Gatsbying guys. ‘I know dating is like a rollercoaster ride, but I never knew I’d be bombarded by men preening like peacocks,’ says Nadia. ‘As soon as I express an interest in them, odds on they’ll start posting waterskiing, abseiling and holiday pics, knowing I’ll spot them. Blokes showing off actually puts me off, so I really wish they would calm down.’ And finally, have you found…

You’ll be praying for miracles if you land one of these. GOD = Grumpy Old Dick, and, thanks to the booming over-forties divorce rate, there are a lot of men online with a family-sized bag of chips on their shoulder and no idea how to behave.

‘In reality we all have baggage,’ says Caroline Oliver*, a 56-year-old widow. The hairdresser from Liverpool deploys the three strikes and they’re out for any GOD squad member. ‘I’m easygoing but I know life is short. I had one man moan about his ex-wife all evening, and one widower who popped round for tea. Every day. He’d go home after a few hours. I quickly realised he didn’t know how to cook and just wanted a chat and a warm meal.’

A matter of respect

The rise of these badly behaved trends is not a surprise to Peter Saddington, a Relate counsellor and therapist. ‘There are no consequences online and therefore many people don’t respect or even think of the other person as real.’ But Rebecca Twomey, an eHarmony dating expert, says there are ways of dealing with digital dating. ‘Take time out a few times a week to look for potential suitors – Sunday evenings after 7pm are peak time for dating apps. When you start speaking keep your excitement in check and when ready, suggest a phone call. If it’s good, set up a date within two weeks and take each date in isolation.’

Finally, there is one new trend guaranteed to make you feel good. It’s called ‘masturdating’. No, it’s not that, it’s a solo date with yourself. Join that dance class, see an exhibition, whatever you love, do it. Because taking care of you is a trend that will never treat you badly.

PHOTOGRAPHS GETTY IMAGES/ISTOCKPHOTO *ALL NAMES HAVE BEEN CHANGED ■