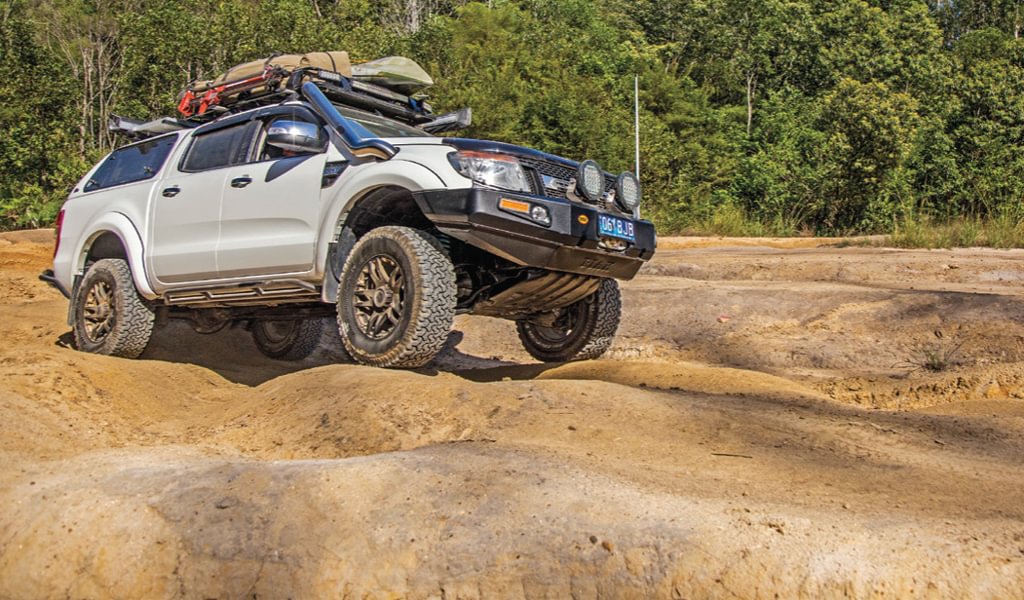 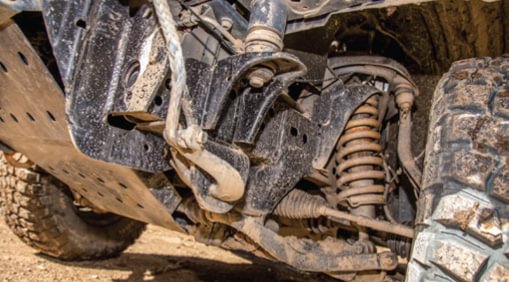 Independent suspension in the front of most vehicles limits safe lift levels; thankfully 2inch is perfect for most IFS utes

Suspension lifts aren’t just about lifting the vehicle higher for better ground clearance. In a dual-cab ute, suspension that is properly setup to take the weight of the load being carried is vital. A 2inch lift will, for the vast majority of Aussies, provide more than enough clearance for just about any track, while keeping the vehicle road-legal and avoiding the pitfalls of massive lifts (see our Illegal Mods article in this same issue). Here’s how to ensure you’re setting your ute’s suspension up for long-term reliability.

Fit proper upgraded leaf spring packs to the rear of the vehicle, along with suitably valved upgraded shocks

Use airbags, but do not over-inflate them to the point where the ride becomes harsh

Be conscious of weight distribution. If you hang twin spare wheels and a couple of full jerry cans right off the rear of the vehicle, you dramatically increase the risk of damage

Consider pre-emptive chassis bracing. It’s not the cheapest exercise but then again neither is repairing a destroyed ute. See the next page for more details.

Airbags, when correctly setup, don’t by themselves increase the risk of bending chassis rails. In fact we’ve seen and heard of plenty of examples where vehicles without airbags at all still bending or crack their chassis. So what’s causing it and how can you prevent it? The biggest issue is people overloading airbags. They should never be used as a replacement for upgraded leaf springs and properly upgraded shock absorbers. Airbags are part of a well-setup suspension system, they aren’t a replacement for one. When that happens you’re not properly carrying the load, you’re directing the vast majority of it to a single point on the chassis rail, the point where the airbag supports the load. The ute’s designed to take loads at either end of the leaf pack, which spreads the load across wide areas of the chassis. The airbag should be used to help absorb the load. Airbags should be thought of as shock absorbers. If they are over-inflated, then they are way too stiff. If they can’t absorb shock properly, they transfer it to the surrounding metal in the chassis. You shouldn’t ever inflate airbags so that they raise the vehicle’s suspension – that’s not their job.

Chassis strengthening is no small job, but it can be performed on both normal utes, and also on wagons that have been chopped into utes.

It has to be done when the vehicle is chopped into a ute, but it also has to happen after a repair is made to bent or broken chassis rails. Considering the cost of repairing a vehicle, it’s often a great idea to brace the chassis rails as a pre-emptive option, and many 4WDers do this, particularly if they are planning on running a slide-on camper. The cost depends on the ute – there’s less to remove with a tray than there is with a tub – but a rough guideline might be somewhere around the $3,000 mark. ■