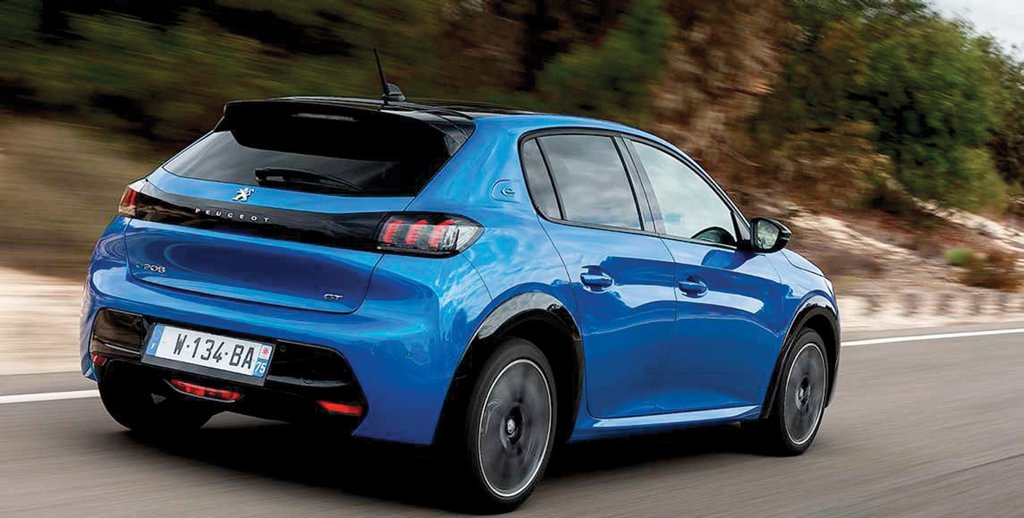 FOR Interior, better range than most electric superminis

AGAINST A bit cramped for those in the back 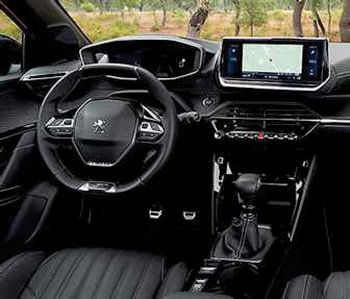 This is not a car for zero-emission virtue signallers. It looks like a regular 208. It is a regular 208. The drive, the space, and even running costs as we’ll see, are pretty similar to the 208s that you pour petrol into.

And being a 208 is a good thing. It’s just so darned desirable. It’s pert on the outside. Original and beautifully made on the inside. Only trivial differences let you spot it’s not a combustion 208 – grille, wheels, badge, and, duh, there’s no exhaust pipe. This platform allows a 50kWh battery in the space where cats, exhaust and fuel tank were, without having to lose out on foot room or bootspace.

The electric one is the quickest cub of the 208 litter, with a 0–62 time of 8.1 seconds. Totally smooth too – situation normal for an EV, then, and the motor and reduction gear are free of whine. Switching through Normal to Eco loses 27bhp and 30lb ft at each step. So Eco mode will force you to be easier on the battery. As for slowing down, beware the efficiency-promoting blended brakes that feel a bit laggy and unprogressive, but they do stop the car.

In bends it’s not the world’s most involving small car, but far from shabby. The steering is low-geared on-centre, so holds a motorway line well, then quickens up as you add lock. Roll is low, and the responsive motor makes the whole experience feel nicely quick-witted. A brittle ride mars the ones on the 17-inch rims. The lower trims get 16s and more supple tyres.

Inside, there’s a fair bit of wow factor for a small car. The mid-to-upper specs get pretty lavish trim materials and contrast stitching, multi-colour ambient lighting, and aluminium switches. And of course the 208’s eye-candy 3D display for the high-mounted driver binnacle. I sit upright and can easily see that display over the wheel rim; those who recline can’t.

The e-208’s 50kWh battery is enough to take it 217 miles in the WLTP. We found it was less in winter, but our early car needed a firmware update to recalibrate the guess-o-meter range dial. Probably a real 180-odd in summer. That’s much further than a leccy Mini or Honda e, and only slightly less than a Zoe. But the e-208’s max charge rate is faster than the Renault’s thanks to a liquid-cooled battery and 100kW DC capability, peaking at six miles range a minute. Finding a chargepost that powerful is hard now, but they’re gradually rolling out.

Because you can get a near-identical car with an engine, it’s easy to compare like-for-like. The petrol is the 1.2-litre with auto, listing at £5,000 less. That’s about £80pcm cheaper on a four-year PCP at 10k miles a year. But about £80pcm more expensive to fuel, if you recharge the electric one at home. If it’s a company car, the electric is a no-brainer because you pay no BIK this year.

In the old days, you chose a car then decided what sort of engine and transmission to get. With the 208, in addition to diesel or petrol, there’s also electric. So the e-208 can appeal both to people who primarily want a 208 then opt for that powertrain. And to people who primarily want an electric car and then opt for an e-208. At the moment, the latter group will probably be bigger, but as EVs become the norm, the former will swell. ■