Inside
/ WORK
How to tell it like it is *and finally get a promotion*
Receiving constructive criticism on your work can be terrifying. But do it right and it can be a career game-changer.
By CLARE THORP 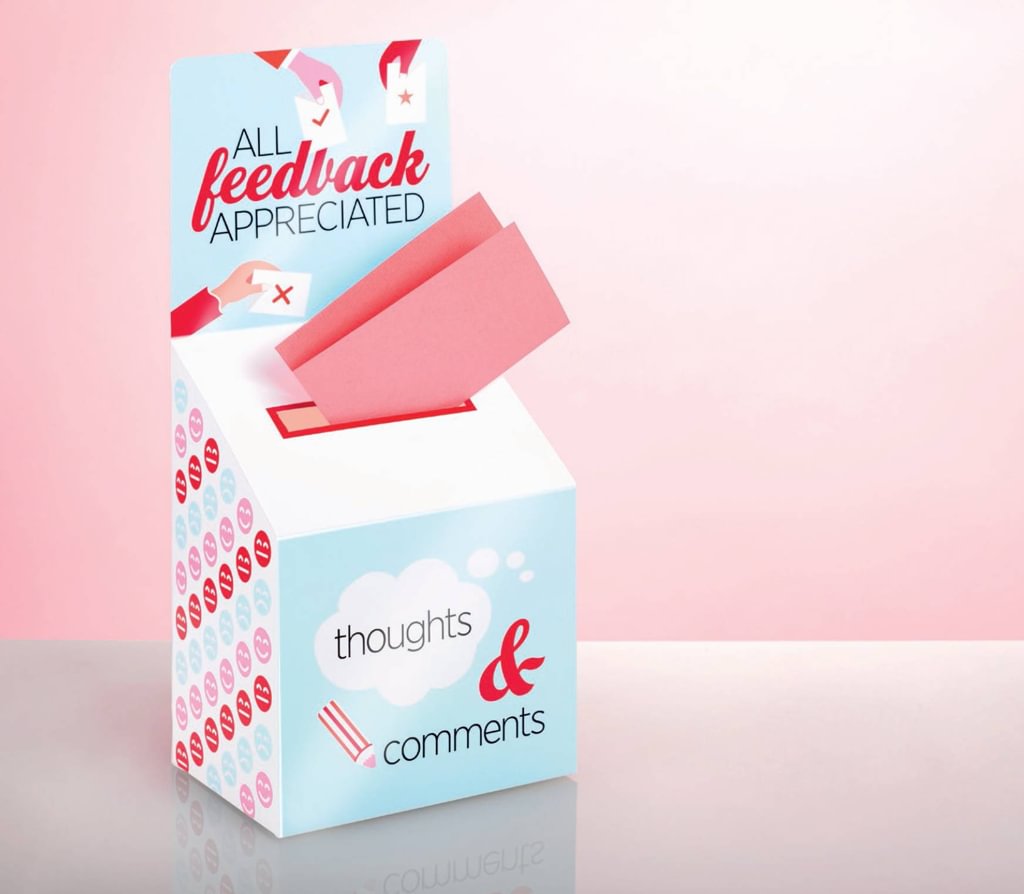 five short words. One terrifying phrase. ‘Can I offer some feedback?’ Wherever you’ve worked, the chances are someone has told you just how well – or not – you are doing. But do you really need it? Feedback is the subject of hot debate in the business world. A new study by the University of Toronto found that feedback can stifle creativity, while research by London’s Queen Mary University says that, when given during a complex task, it can hinder performance. And a recent Harvard Business Review story called it a ‘fallacy’, saying others’ views of our work are ‘more distortion than truth’. On the flip side, Netflix reportedly encourages harsh feedback and holds dinners where staff go around the table criticising others (gulp).* In Silicon Valley, the trend is ‘radical candour’, a concept developed by executive coach Kim Scott, where bosses ‘challenge directly’ and tell employees how they can improve. So how do you ensure feedback helps, rather than harms, your career (and your self-esteem)? We asked the experts…

You don’t have to wait for an annual appraisal to find out how you’re doing, but make sure there’s a purpose for seeking feedback. ‘Asking all the time signals insecurity,’ says career expert John Lees.** ‘Don’t ask enough and there’s a danger you’re operating in a bubble.’ A good time to do it, he says, is when you get a sense that things aren’t moving in the direction you’d like. Maybe you’ve been overlooked for a promotion, you know a meeting went badly, or have heard rumours that you’re not seen as an enthusiastic team member. The end of a big project is also a good time, says Helen Matthews, chief people officer at advertising agency Ogilvy UK. ‘I encourage staff to do it then, as their work’s fresh.’

You don’t always have to get it from your boss. If they’re too busy, or you’re worried about exposing your insecurities, ask someone else you trust (who will be honest). It could be a peer, a manager not directly responsible for you, or even a client. ‘Look for someone who is good at picking up how other people are perceived,’ says Lees. ‘Somebody who sees the value you’re adding but can also say how you’re seen by other people, how you’re making an impact and what opportunities you’re missing.’ Outside of formal feedback, Naeema Pasha, director of careers at Henley Business School, suggests creating your own personal boardroom – a small group of people you trust and admire to share ideas and brainstorm problems with.

Think that flight to Cape Town with your boss for a conference is the perfect time to find out what they think of you? It’s not. No-one likes surprises. ‘Never blindside someone,’ says Matthews. ‘Plan the conversation, or you could get empty advice.’ And don’t ask for it over e-mail – something could get misconstrued. Lees even recommends avoiding the ‘F-word’ altogether: ‘People who ask for feedback are often presenting problems.’ Go in sounding like you’ve got solutions. ‘Saying, “I’ve been thinking about how I can develop my role,” will fly much better than, “I’m feeling dissatisfied – can I ask what you think of me?”’ he says. And be specific. Say: ‘Could you suggest one thing I could try?’ You’ll end up with the information you can work with. 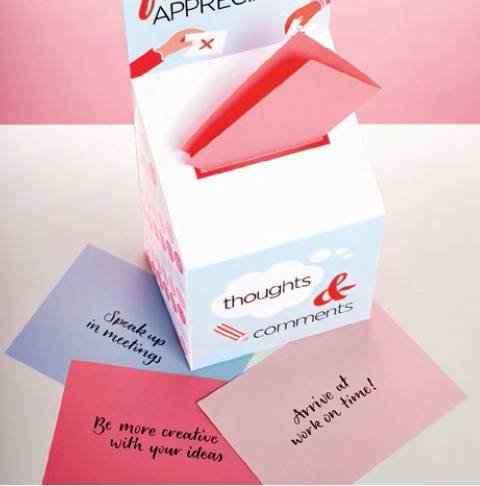 Asking for feedback is one thing, stopping your bottom lip from wobbling as your performance is picked apart is another. ‘It’s important to separate fact from feeling,’ says Lees. If the emotional fog descends, take some notes, then go away and think about what was said. Try to focus on how you can grow – not how it made you feel. ‘The worst thing you can do is get defensive,’ Lees adds. Remember that feedback isn’t a personal attack, but a sign someone wants you to progress. See it as a chance to move forward. How you react to feedback is important, too. By saying, ‘I hear you, can you give me an example of something I could do differently?’ you sound able to learn and adapt, which will impress.

WHEN NOT TO ASK FOR IT

It sucks to be told you’re doing a bad job, and if you’re feeling at all down, the slightest criticism, however constructive, could shatter your self-esteem and do more harm than good. ‘Never ask if you’re feeling vulnerable,’ says Matthews. ‘You’re inviting comments you can’t anticipate, and you might unwittingly be given feedback that is more damaging than helpful.’ If you’re feeling wobbly, turn to friends for some cheerleading and, once you’re feeling more robust, ask for the conversation.

Sheryl Sandberg might have called feedback ‘a gift’, but sometimes that gift is like the pair of novelty socks your uncle gives you for Christmas every year – unnecessary and unwanted. The biggest red flag is when the focus is on your personality, rather than your actions. ‘If someone says something that really doesn’t fit in with your values, and they don’t have context for it, sometimes you have to trust your own beliefs,’ says Pasha. Cross-check it with someone else you trust, suggests Lees: ‘Get feedback on the feedback. Work out how much of it is somebody else’s agenda and what, if anything, is left for you to work with.’