Pitt and DiCaprio play it as it lays in L.A.
TARANTINO DOES PULP HOLLYWOOD
Set in 1969 Los Angeles, Tarantino’s all-star fantasia links the movie biz and Manson-era violence with explosive results

Once Upon a Time in … Hollywood 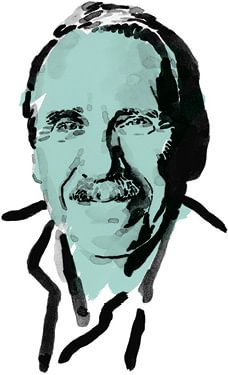 ON A HOT August night in 1969, four murderous members of the Charles Manson cult invaded the Los Angeles home of pregnant actress Sharon Tate. Her husband, director Roman Polanski, was in Europe on business. What happened next made headlines. You might not remember everything the way that Quentin Tarantino remembers it in Once Upon a Time in … Hollywood. But you won’t forget a second of what’s onscreen in this new pulp classic. It’s Tarantino’s ninth film, and he claims it will be his next-to-last. If so, he’s going out with a bang. There is no movie around right now that can match this triumphant fable for pure adrenaline rush. As ever with Tarantino, the action jumps off the screen while setting up psychological provocations with a reverb that won’t quit.

Tarantino gives Sharon (Margot Robbie) a fictional neighbor on Cielo Drive. He’s Rick Dalton (Leonardo DiCaprio), a star of TV Westerns who’s boozing away what’s left of his flagging career. Rick’s only friend is Cliff Booth (Brad Pitt), his stunt double and confidante who lives in a trailer near the Van Nuys Drive-In with a rust-colored Rottweiler named Brandy. Cliff is a Vietnam vet and has been largely unemployable since rumors started swirling that he killed his wife and got away with it. 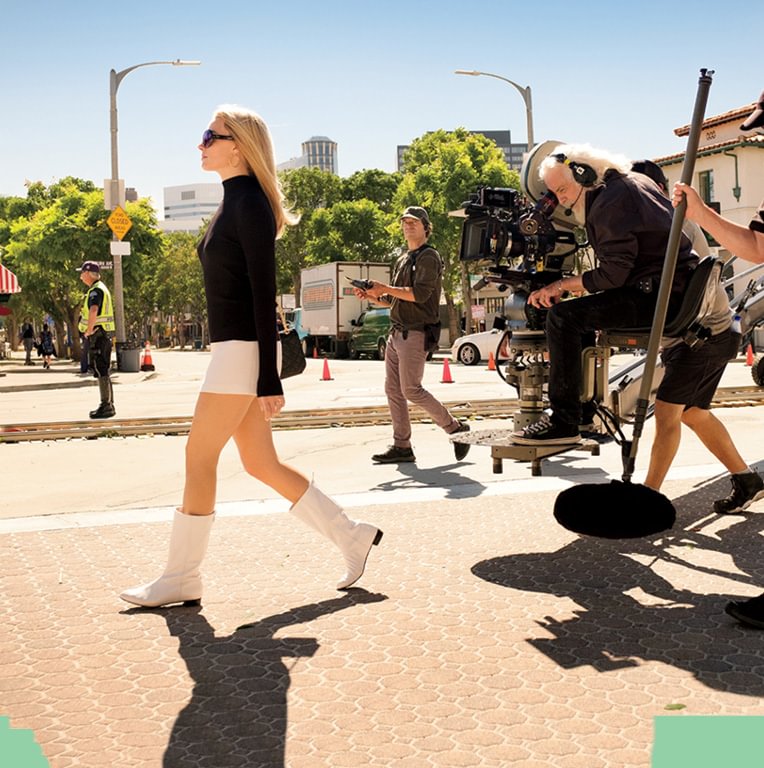 Robbie, as Tate, walks hand in hand with danger.

It’s a ballsy Tarantino move, casting two of the biggest and most likable stars in Hollywood as losers. But DiCaprio (Django Unchained), 44, and Pitt (Inglourious Basterds), 55, do him proud working against type. They’re a landmark screen team whose explosively funny, emotionally complex performances stand with their very best. Pitt is flat-out hilarious when Clint gets a stunt job on The Green Hornet and goads an arrogant Bruce Lee (Mike Moh), starring as Kato, into a battle that ends badly for the Fists of Fury legend.

DiCaprio also wins big laughs trying to disguise Rick’s woe when his career hits the skids. A high-powered agent (Al Pacino, having a ball) tells Rick he’s killing his career doing guest spots as villains in TV shows. In a satisfying irony, Rick receives the best reviews of his career playing the heavy. Success also follows when he heeds his agent’s advice to star in spaghetti Westerns abroad, like Clint Eastwood and Burt Reynolds. (A side note: Reynolds himself was cast to play George Spahn, the owner of a movie ranch used by the Manson cult as a hideout. Bruce Dern took the role after Reynolds’ death.)

All the actors, in roles large and small, bring their A games to the film. Two hours and 40 minutes can feel long for some, but I wouldn’t change a frame. Tarantino laughs at a lot of things in his movies, especially his own leap through genres in films as diverse as Pulp Fiction, Django Unchained and Kill Bill. But not for a minute does he fake his love for the Hollywood of the late Sixties. With the help of master cinematographer Robert Richardson, costume designer Arianne Phillips, and editor Fred Raskin, the period of backlot Hollywood is painstakingly recaptured. You can feel in every shot Tarantino’s mad love for movies in all their disreputable dazzle and subversive art.

This doesn’t mean that violence is absent. The Manson era is just one reflection of the rise of American bloodlust. It’s one of the Manson girls, Pussycat (Margaret Qualley), who gets Cliff to give her a ride to the Spahn ranch, where helter-skelter reigns. And when the cult gets closer to home, no opportunity for splatter is spared.

What is most shocking about the film is its open heart toward innocence, Sharon in particular. Robbie plays her like a point of light undimmed by cynicism. She enters a theater to watch an audience watch her in a Dean Martin spy caper and stays to revel in their joy. Rick feels nurtured in his art by a fellow thespian, who is blunt, honest, and only eight years old. As played by the mesmerizing Julia Butters, the kid is another source of incandescence in a film where Tarantino gives hope the last word. 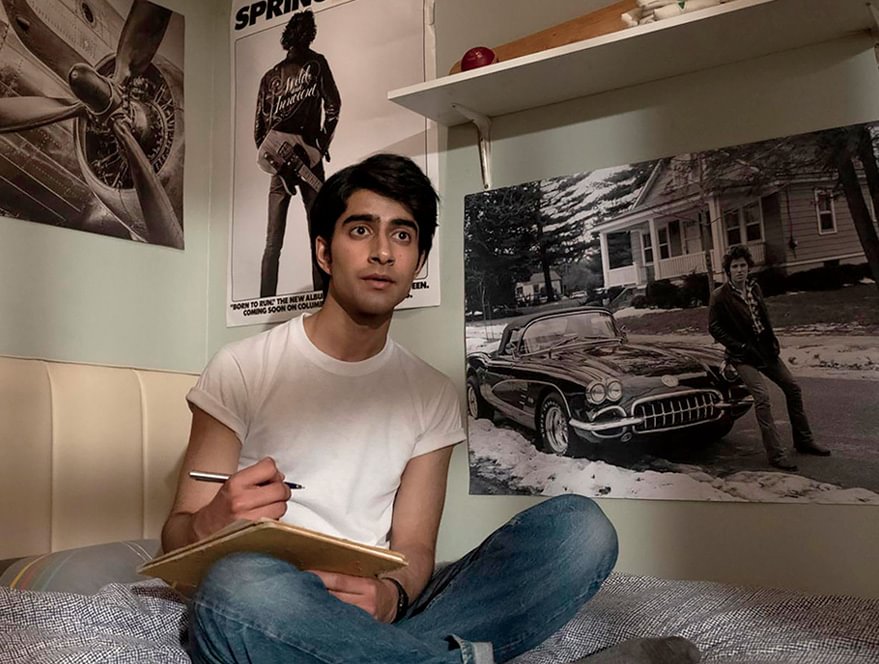 Blinded by the Light

FOR SOME people, Bruce Springsteen doesn’t just write lyrics — he sings words to live by. That’s the case for Javed (dynamite newcomer Viveik Kalra), a no-hope British Pakistani teen feeling the financial squeeze of Thatcherism in 1987 Luton. Then he hears Springsteen for the first time, and the words of “Dancing in the Dark” jump out of his headphones and onto the screen. He’s exhilarated. Look for this exuberant gift of a movie to have the same effect on you. Directed by Gurinder Chadha (Bend It Like Beckham), from a memoir by the Javed-like Springsteen fan Sarfraz Manzoor, Blinded by the Light is a joyous antidote to cynicism. Cynics, of course, will hate it. But as Javed finds a teacher (Hayley Atwell) to inspire, a friend (Aaron Phagura) to brace him, and a girl (Nell Williams) to kiss, the movie becomes an irresistible blast of pure feeling. Is the music of Springsteen, who gave the film 15 songs and his blessing, really “a direct line to all that’s true in this shitty world”? Go ahead and argue. But from Thatcher’s England to Trump’s America, it sure as hell couldn’t hurt. P.T.

BIRD ON A WIRE

IT’S INSTRUCTIVE to point out that The Nightingale is not for the faint of heart. Rape scenes abound, including one where the rapist violates his victim while her baby screams in his ear. For those made of stronger stuff, The Nightingale is a potent, artistic triumph that refuses to traffic in coddling.

In her second film, after 2014’s scarily haunting The Babadook, Australian writer-director Jennifer Kent pursues a more literal kind of horror. Set in the 1825 Tasmanian Outback, the film stars Aisling Franciosi in a tour de force as Clare, a young Irish convict who’s kept as a sex slave by the virulent Lieutenant Hawkins (Sam Claflin). Having served her seven-year sentence, Clare longs to break free with her husband (Michael Sheasby) and baby.

When Hawkins brutally ends that dream, Clare vows revenge. She pursues him into the wilderness with only an Aboriginal tracker, Billy (a superb Baykali Ganambarr), to guide her. As Kent shows their mutual hostility soften into a fragile bond, she uses Clare to deconstruct the complex nature of a woman’s retribution. Kent never loses sight of the psychological wounds that fester underneath. P.T. 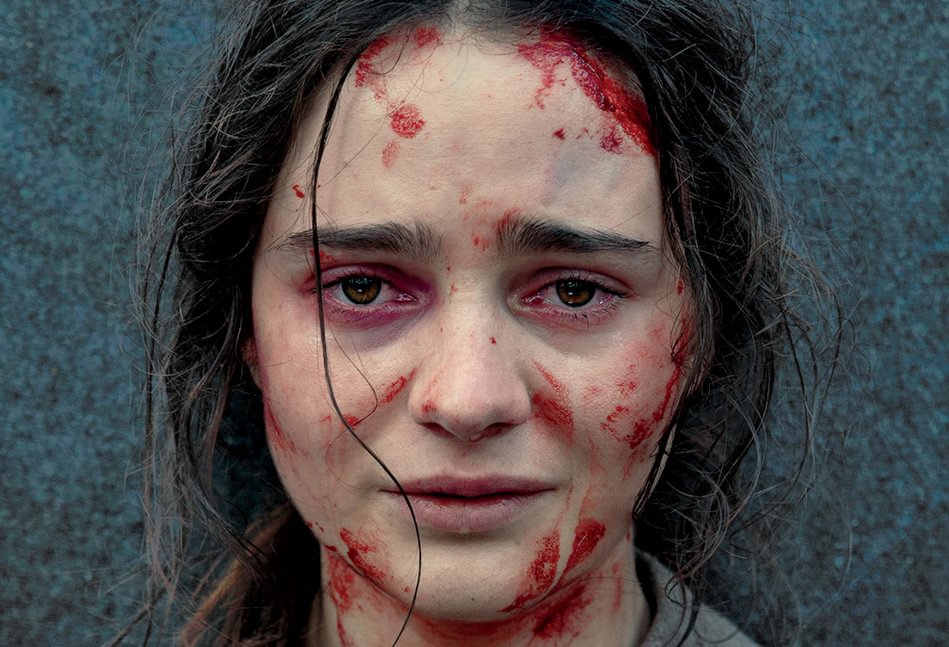 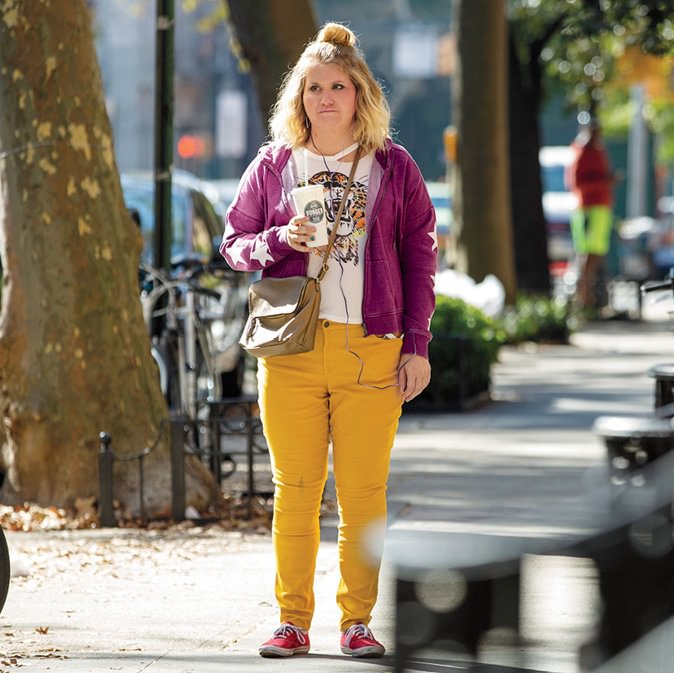 Bell takes a run at reinvention.

RUN FOR YOUR LIFE

I A FUN RIDE, spiked with touching gravity, is not a shabby way to end the movie summer. Thanks to Jillian Bell, a comic force of nature with real dramatic chops, that’s what you get at Brittany Runs a Marathon. Bell (22 Jump Street) plays the title role, an aggressively upbeat twentysomething who gets a medical wakeup call about weight, high blood pressure, and Adderall addiction. There’s a downside to being the plus-size best friend to her skinny, narcissistic roommate (Alice Lee). And it’s not pretty.

It’s running the New York City Marathon that reps Brittany’s impossible dream. Luckily, debuting director Paul Downs Colaizzo doesn’t build his script for easy sitcom miracles. For Brittany, it’s all baby steps, and the same goes for the movie, which refuses to leave Brittany’s demons unexplored. It’s the backsliding that gets to the roots of her self-loathing. Brittany and Colaizzo do it the hard way, creating a character to root for without glib shortcuts. When you cheer at the end — and you will — the laughs and the tears feel honest and richly earned. P.T. 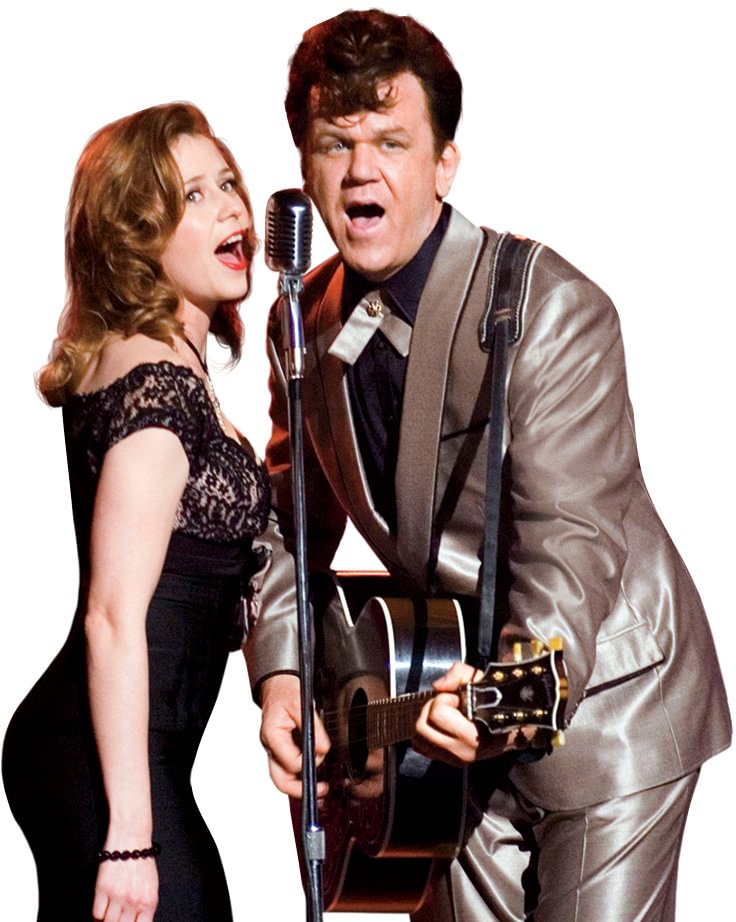 THE GREATEST musical biopic of the past 20 years isn’t about Johnny, Reggie, or Freddie — it’s all about Dewey. A hard-livin’, hard-lovin’ country singer with his share of childhood tragedies and career detours, Dewey Cox is the quintessential 20th-century chart-topper. So what if he’s not real? Jake Kasdan’s comedy mercilessly skewers every cliché, from the “eureka!” moment to the drug-induced downfall. Thanks to John C. Reilly’s musical chops and Method approach — he went on tour in character — what could have been the Scary Movie of biopics morphs into a parody even better than the real thing. (His “Dylan phase” song could be a Blonde on Blonde outtake.) Our current wave of rock-star melodramas only makes Walk Hard sharper with age. Thanks to bad timing, it tanked upon release. Meanwhile, the unintentionally hilarious Oscar bait Bohemian Rhapsody became a hit. The wrong film died. DAVID FEAR