ON ANY GIVEN DAY, MILLIONS OF motorbikes zip across Hanoi. Jon Enoch, a London-based photographer, traveled to the city, Vietnam’s capital, to photograph bikers with their gravity-defying cargo loads of plastic toys, cartons of eggs or—in the case of the Grand Prize winner of our 17th Annual Photography Contest—live fish. But sights like this will soon be a remnant of the past: Hanoi is planning to ban motorbikes by 2030 to cut down on traffic and pollution. “This sort of thing won’t be around for much longer,” Enoch said. “Unless you go and capture it, there is going to be no record of it.”

The winning images, selected by the magazine’s photo editors, manage to capture the ephemeral and frame the fleeting: The instant after a boxer lands a punch on her opponent’s face, sending the audience into a roaring cheer. The inward expression of a 20-year-old bride in Central Asia as she says goodbye to her own family and gets ready to be welcomed into her husband’s. A quiet moment between family members in a car in Moscow. A dreamlike split-second meeting of two surreal figures, their hair flying behind them.

Two of this year’s awardees focused on scenes being affected by climate change. On an expedition in Antarctica, Conor Ryan of Scotland documented Adélie penguins, whose population is declining as temperatures rise. Natnattcha Chaturapitamorn, of Bangkok, journeyed to Disko Bay, Greenland, where the ice cap is undergoing unprecedented melting, to experience the majesty of icebergs.

More than 10,000 photographers, hailing from 145 countries and territories, submitted 36,000 entries in this year’s contest.

Enoch, who lives and works in England, travels abroad to work on personal photo projects like this one involving motorbike drivers who make deliveries. He waited for the moment the city lights started shining: “You actually have a very short window of time between it being dark and the city still being awake enough to capture that atmosphere.” He says his next project will take him to India, where he’ll photograph cotton candy sellers on the beaches of Mumbai. 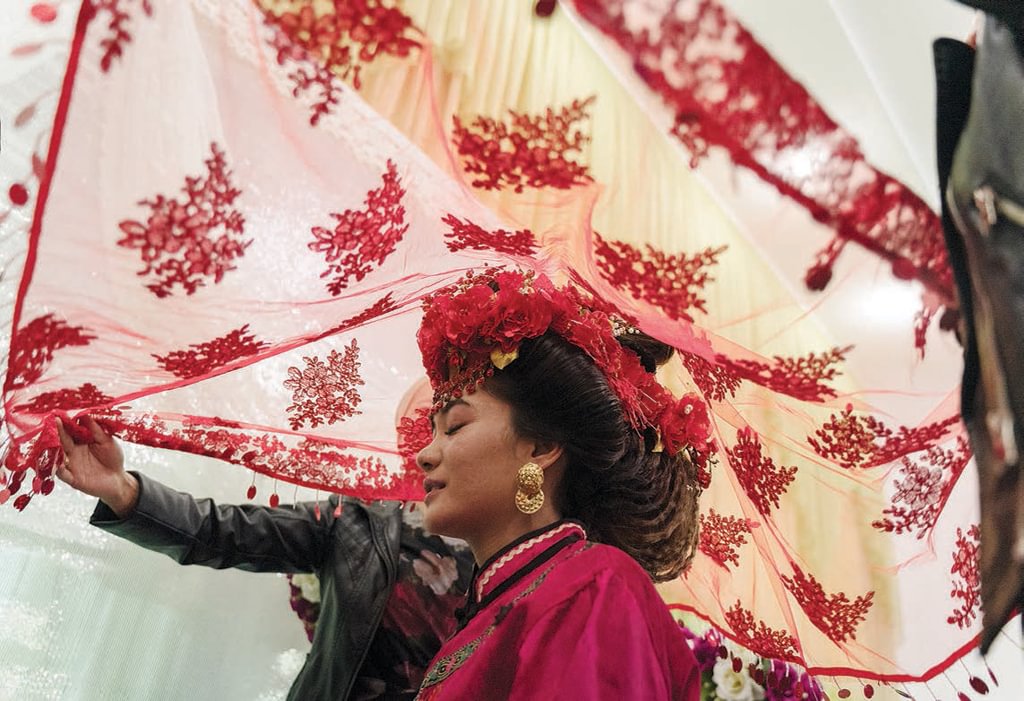 Originally from Malaysia, and now living in Kyrgyzstan, Yam is interested in documenting the experience of belonging to a diaspora. One such group is the Dungans, an ethnic Chinese Muslim minority, who migrated to Central Asia around 150 years ago and still practice their Chinese customs. Last fall, Yam attended a traditional wedding, capturing a pivotal moment in a young woman’s life. “The veil hovering above her represents the emotions and pressure as she awaits her passage.”

The concept for this image came to Pears, a surrealist fine art photographer based in Helsinki, right as she was falling asleep. It explores the idea of inner dialogue and debate. “There are often those two parts which are inside of our mind. They are in conflict. They’re struggling,” Pears says. “I was trying to basically harmonize those parts, mainly inside of my head, first of all. But I also wanted to call out this idea, which could resonate with other people as well.” 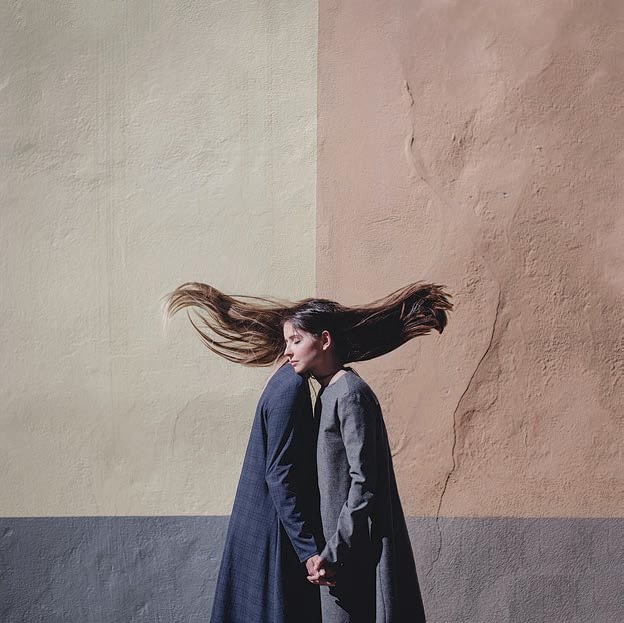 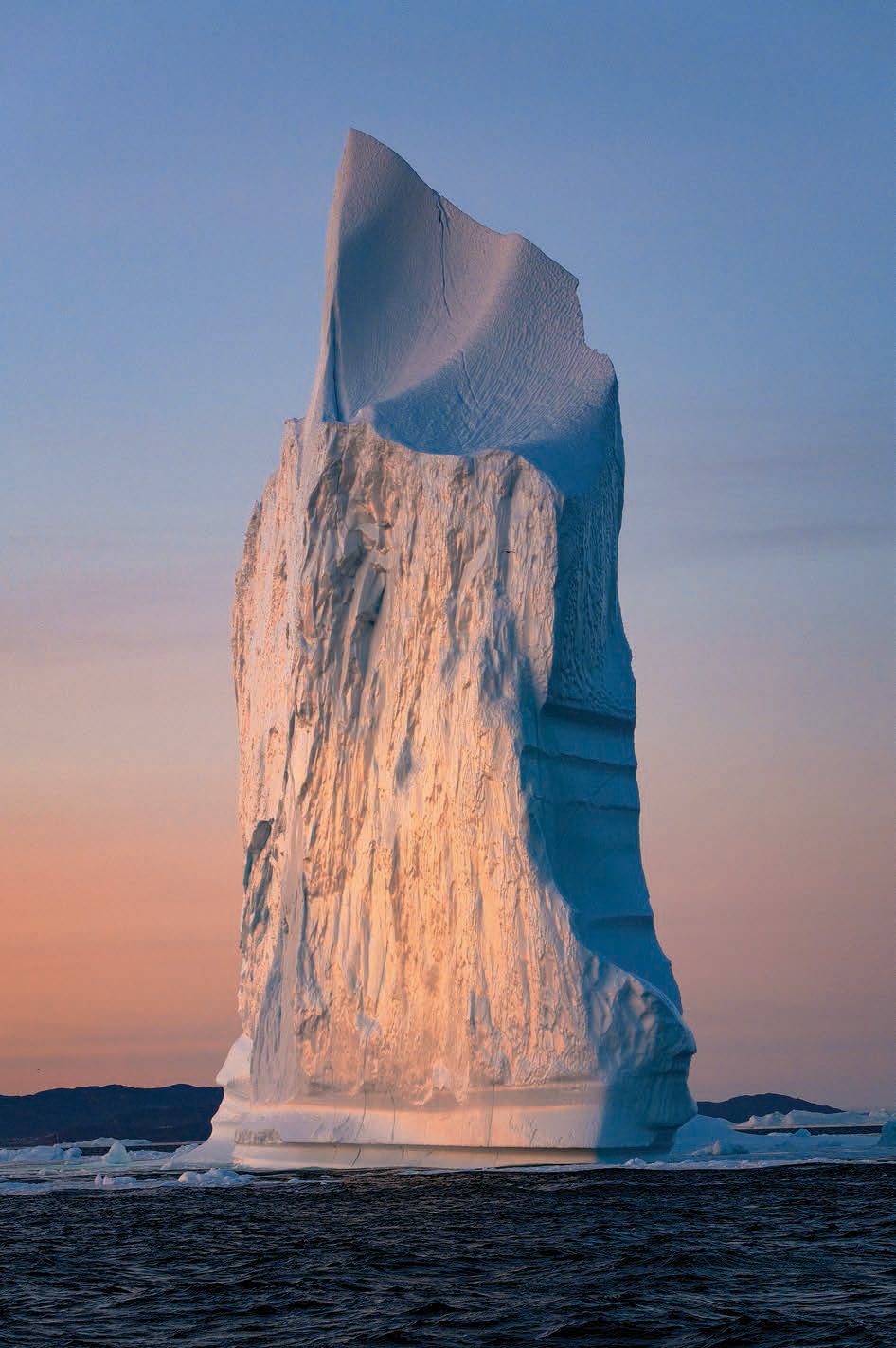 During a trip to Greenland, Chaturapitamorn frequently ventured out on a boat, hunting for icebergs. “We started sailing in the late afternoon and finished in the early morning of the next day. We found this one by chance,” she says. “Once we started to get a visual of it, we were stunned by its height, roughly equal to a four- to five-story building. The soft light when the sun almost hit the horizon added a sense of tranquillity.” 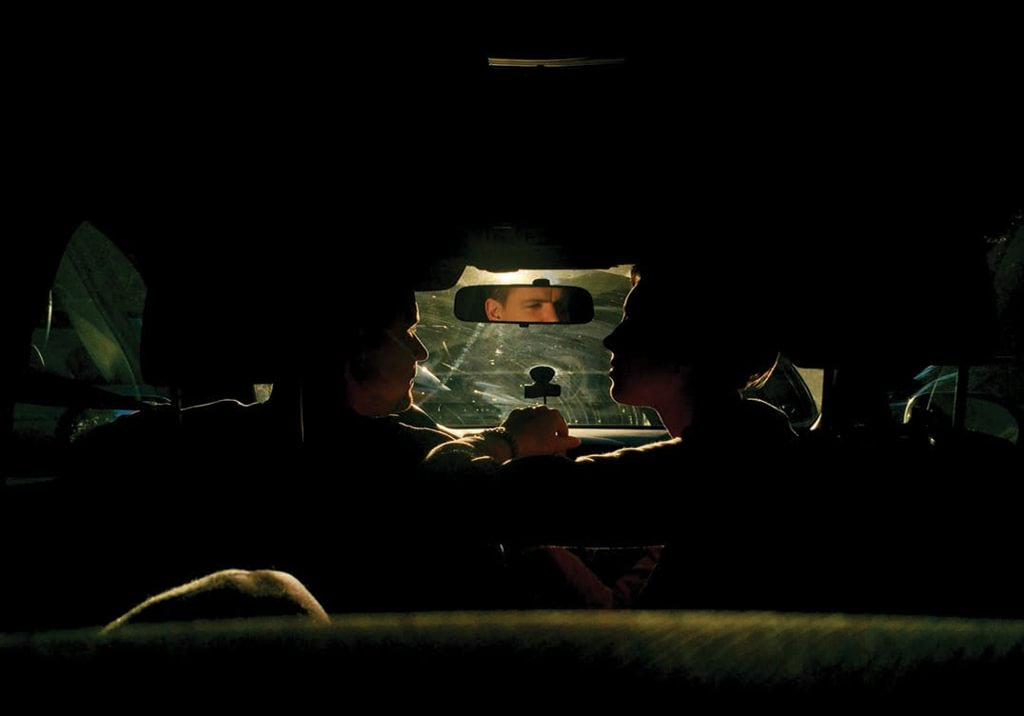 “I shoot what surrounds me, what catches me, what seems to me beautiful and interesting,” Gorelchenko says. One May evening, while running errands with her family, she was struck by the sun going between the houses before her. She says, “The next minute I was trying to attach the phone to the rear window. In my head, I already imagined the silhouettes in the sunset backlit in the car.” 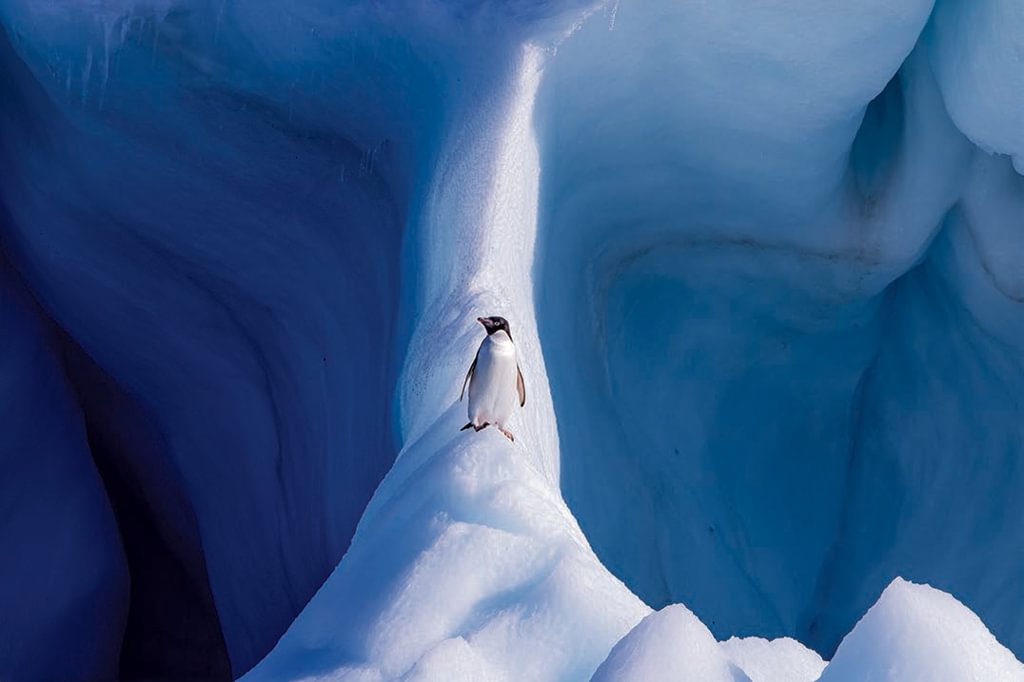 Ryan, a whale biologist, loves “to capture the behavior of animals in a way that allows us to see ourselves in them–a way to connect with them and appreciate the daily trials that they face.” He traveled to Antarctica for the 20th time to document the small but mighty Adélie penguins: “They are incredibly tough animals that have to negotiate big waves and large ice floes to get ashore to access their colonies.” 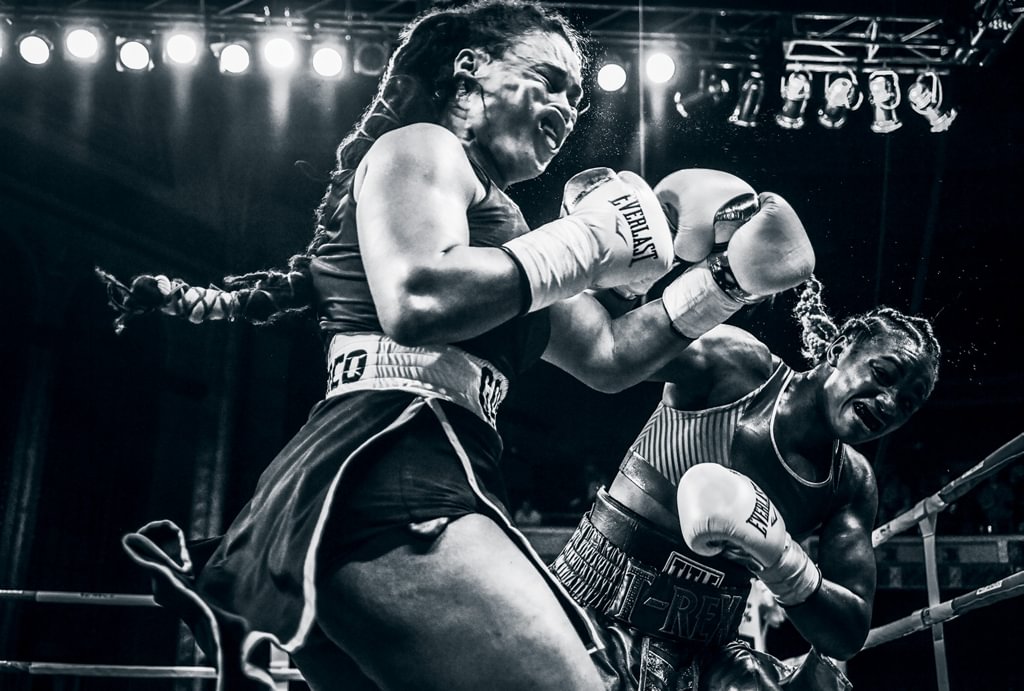 Just a couple of rounds before this photograph was taken, Olympic gold medalist and middleweight champion Claressa Shields (right) was knocked down for the very first time in her professional boxing career. But she got right back up and bested her competitor Hanna Gabriel. Groggins, who has been following Shields since 2017, says, “I wanted to photograph her in the same light as Muhammad Ali. I want her to have one of those shots that will live on forever.”

SEE ALL 60 FINALISTS and enter the next competition at Smithsonianmag.com/photocontest ■