(PHOTOGRAPH BY JESSICA PETTWAY FOR THE NEW YORKER) 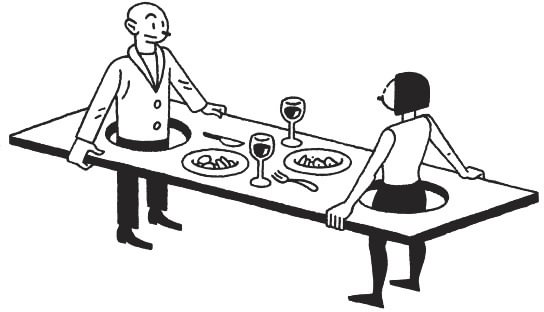 Vegan cuisine is hit or miss, a meat-eater would imagine, whether you like to eat food derived from animals or not. To this day, four decades after the “Moosewood Cookbook” revolution, it’s more miss than hit. Vegan cheese, made from soy or legumes or coconut, remains thin on flavor and terrible on texture; “burger” patties, in spite of inroads made with plant-based heme molecules, which lend a meaty flavor, are mostly dry and crumbly. But climate change is happening, and many people are trying, valiantly, to eat vegan, even if only sporadically, for reasons other than animal welfare and personal wellness. And so a place like Jajaja Plantas Mexicana, which serves vegan Mexican food with a millennial tinge, feeds both the striving masses and the Zeitgeist.

Jajaja opened two years ago, on a corner across from Seward Park, in east Chinatown, lately a hipster food hub that includes Dimes, Mission Chinese Food, Kopitiam, Scarr’s Pizza, Kiki’s, and Metrograph Commissary. (There’s a smaller Jajaja location in Williamsburg, and a new, bigger one in the West Village.) Judging from recent crowds, Jajaja is where the Everlane-mom-jeans-and-lavender-hair set heads after work to get the night started with pomegranate-jalapeño margaritas, or on weekends for kale pancakes and portobello steak and (tofu) “eggs.”

The pale beechwood ceiling, pennytiled floor, Miami-mint metal chairs, and snaking philodendrons give the room a hippie-beach vibe; the list of more than sixty tequilas and mezcals signals party time. And what’s better party food than nachos? Nacho lovers can put up with pretty much any kind of cheese—in desperate times even movie-theatre “cheese” will do. Upon trying Jajaja’s nachos, which arrive in a gargantuan pile, those people might wonder if there’s any “cheese” involved at all, and then realize, oh, right, it’s that liquidy orange stuff. (It’s cashew cheese, with turmeric for that authentic color.) For some reason, there are peas and corn, too, but also beans and guacamole (thank God), and the chips are nicely crunchy.

You would think that Mexican food would be a natural fit for vegan preparation, with all the rice, beans, salsa, and corn. Maybe it is, but Jajaja doesn’t take any chances, front-loading every seemingly familiar item with some sort of trickery: shiitake “bacon” on the utterly lovely pupusas, in which soft, fluffy corn rounds are stuffed with beans and topped with pleasantly charred mushrooms (that don’t taste like bacon); fish tacos in which the “fish” is actually wedges of chayote squash coated with a hemp-and-flaxseed batter and fried. It’s not bad, but it tastes like juicy squash—why bother calling it “fish”?

The reason that the Enchiladas Mole were not good on a recent evening was not the weird “shredded palm carnitas,” which amounted to chopped heart of palm dyed pink (to make it look like pork?) and gave the whole dish a watery tang. The main problem was that the mole sauce tasted like cinnamon ketchup.

Some of the innovations turn out to be great. The quesadilla, which could have been disastrous, is filled with a coconut queso that melts like a dream; grilled to a crisp, it’s rather craveable, its lingering coconut aftertaste accented with fresh pico de gallo. The chorizo burrito gets back to normal vegan territory, the meat-flavored texturized protein, an old standby. The burrito is painted like the Mexican flag, in a bright, savory green-chili sauce, a white tofu-based sour cream, and a red-pepper sauce. (Peas show up in the burrito, too, but it’s fine.) There are buffalo-cauliflower tacos with chopped celery and shredded carrots, which sounds like a punch line; the real kicker is that they’re delicious.

One outlier on the menu doesn’t try any funny business: the churros. Thick, with cinnamon sugar and a crenellated crunch, they’re plain old fantastic churros, with no need to imitate anything. (Dishes $8-$16.) ■