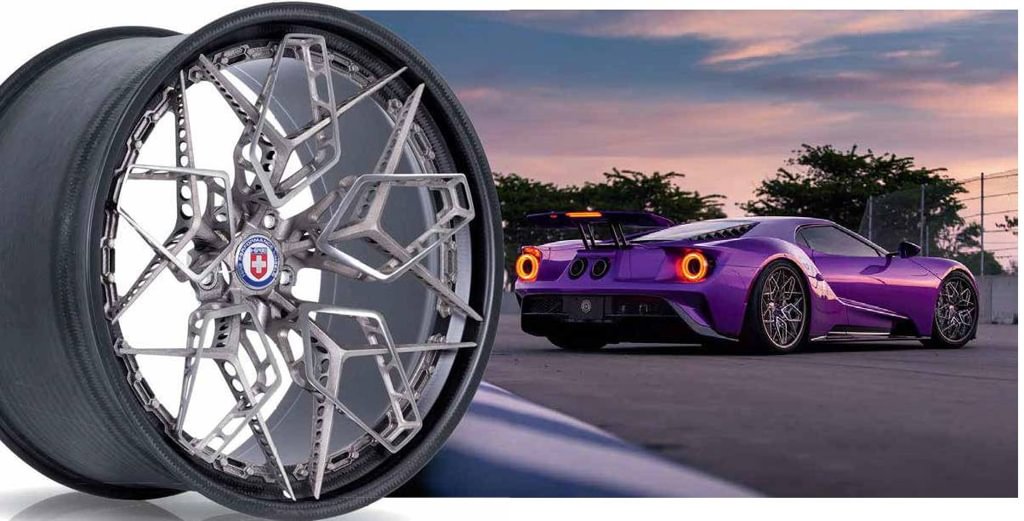 Additive manufacturing is an evolution of what was known as 3D printing, and is at the cutting edge of vehicle component production.

While more traditional computer numerical controlled (CNC) ‘subtractive’ manufacturing produces precision components by machining material away from a solid block, additive manufacturing builds an object where there previously was none.

The core process is simple. An intense electron beam or laser instantly melts a small quantity of powder, which then solidifies. More powder is precisely introduced and melted, which then bonds to the previous layer. As the process continues, the computer-controlled laser moves to different positions, gradually building the component.

A wide range of additive materials can be used, but titanium is at the front line of the technology. Bugatti has already created an eight-piston monoblock brake caliper, while New Zealand high-performance car manufacturer Rodin and Californian wheel maker HRE are producing wheels that use titanium spokes bolted into a carbonfibre rim.

The result is an incredibly light but strong wheel that simply couldn’t be manufactured using any other existing techniques. Such a specialised process is both lengthy and, due to the highly specialised equipment, very expensive. But it will eventually infiltrate mainstream manufacturing, contributing to faster, lighter and more efficient cars.

The completed component is buried in unused titanium powder and must be extracted. Unlike metal swarf, which must be collected and reprocessed, the powder can be sucked out and reloaded immediately to produce the next component.

An organic appearance of finished components is no coincidence as the parts effectively grow from nothing. And like biological construction, the design of additive manufactured parts can mimic nature for incredible strength and lightness.

When McLaren needed a new rear wing for its 2017 Formula 1 car, there were just two weeks before the next race, but thanks to additive printing, a process that ordinarily takes a month was completed in less than half the time. ■