Features
I’m so much BOLDER now!
Radiant English actress Emily Blunt talks about the joy of hiking, reading Kate Atkinson novels, loving her own company, and working alongside her husband in the dramatic thriller A Quiet Place
WORDS FAMOUS FEATURES 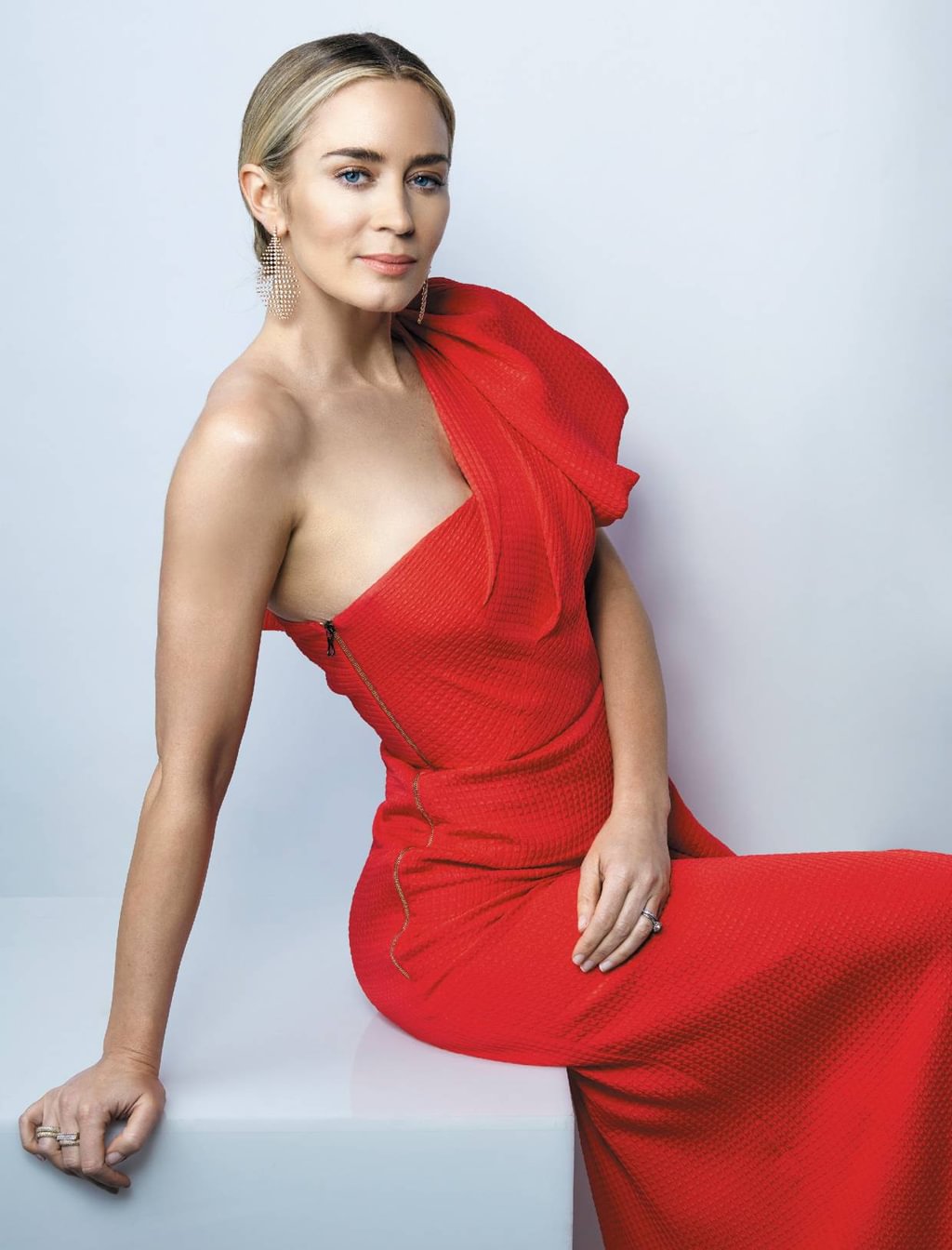 Emily, 37, is enjoying a wave of career success, appearing in one box office hit after another. She first made a name for herself as Emily Charlton in The Devil Wears Prada, and the last few years have seen the actress take on more demanding roles in films like The Girl on The Train and Mary Poppins Returns . In 2018 she starred alongside her husband, John Krasinski, in the award-winning thriller A Quiet Place , which he also directed. In the film’s highly anticipated sequel, Emily returns to her role as mother of three, Evelyn. Though John isn’t acting in the second instalment, he’s at the helm once more as the film’s director.

Emily and John live in Ojai, a small city near Los Angeles with their two daughters, Hazel, six, and Violet, three.

Working with John is fantastic. At first, we were both a bit nervous because we’d never gone toe to toe with each other before. But it turned out to be quite exhilarating to be directed by and share scenes with him. After being together for almost a decade, it was a whole new experience for us. We saw how we respected and cared for each other on a different level to our marriage. Now I want to do every film with him!

John is a great father, and that’s been a huge source of comfort to me. It’s not always easy to pursue a Hollywood career when you’re also raising kids, but John’s with me every step of the way – we support each other. He makes sure there’s always fresh milk in the fridge and food in the cupboard. Just those little things make such a difference.

What’s the biggest difference between us? Our time-management skills. I’m very good at planning and making sure I have enough time to get everything done. John says I go into ‘time mode’ where I don’t speak to him and cease to be any fun. That’s usually when we’re about to leave for the airport after I’ve been planning for two days, and he’s still packing his bag.

Becoming a mother gave me more strength than I thought was possible. It changes you completely, and changes your world. I nearly passed on doing the film Sicario, because I was still feeling very vulnerable and very close to my newborn baby, Hazel. I wasn’t sure I could tackle a fairly violent film about Mexican drug cartels. But, once I did it, I realised motherhood had made me more capable than ever. I feel bolder now. 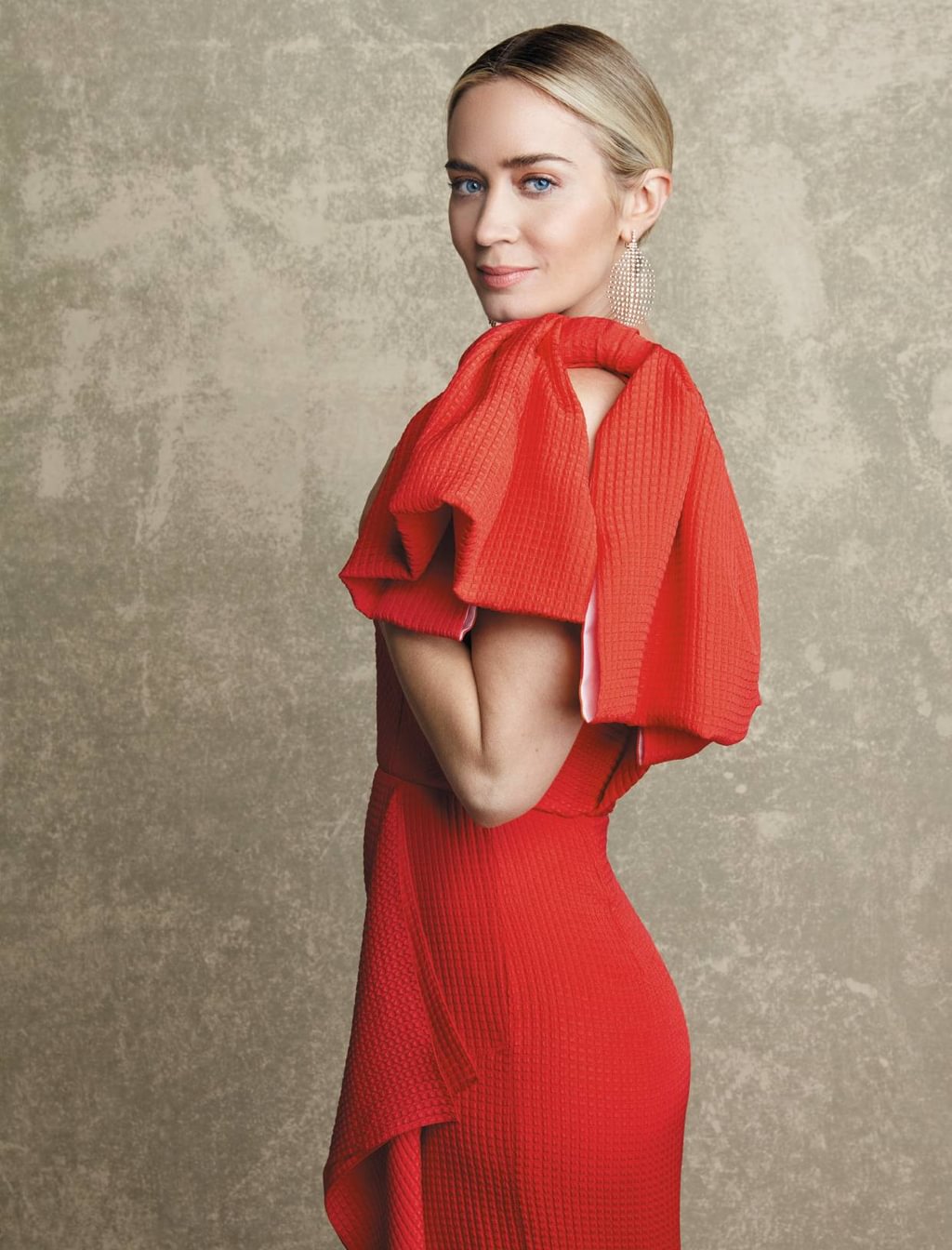 ‘I don’t mind going to gym for a role, but I’d much rather be riding bicycles or going on hikes’

This is a magical time for me as a mom, and also for us as a family. I love learning with my girls, playing with them, and seeing how creative they are. Now, when I am considering a new project, it’s all about how it might affect my daughters’ lives. When your children are young, you have such a strong desire to be with them as much as you possibly can.

I sort of fell into acting – it was never my plan. I was going to go to university and study to be a linguist like my mother; I wanted to be just like her. My plan was to do languages and become a translator, but that clearly went off track. After doing a school play when I was 17, an agent contacted me and said I should do this more seriously, so I shrugged and said “Okay.” Then I did my first proper play, working with Judi Dench – and I made $400 a week. I thought, “My word!” I’d never seen that much money in my life and I couldn’t believe how lucky I was.

When I started out, I wasn’t a particularly ambitious actress, but I’m reclaiming the idea of ambition as a positive thing. I’ve lived in this industry for a while now and it’s embraced me, which I’m very grateful for. There have been tough times when I’ve had to kind of ‘put a helmet on’ and get through it, and other times where I’ve had to readjust. But I’ve fallen in love with this job and I want to keep doing it for as long as possible. I want my children to find something they want to fight hard to do.

My sister is a literary agent, so I sometimes get a sneak peek at the new book releases. I’ve always been a bookworm and I follow every bit of advice she shares. We have similar tastes and often discuss which books could be turned into great film adaptations. It’s a useful advantage if, one day, I find a story I want to buy the rights to and speak to a studio about.

I love novels told from a woman’s perspective. I’ve just finished Kate Atkinson’s Life After Life, which I thought was excellent. Otherwise, I read books from all genres – from romantic dramas to thrillers.

The extremes in this industry make my job fun. I’ve done a wide range of movies, from dark thrillers and dramas to ones like Into the Woods where I get to sing and dance. I think it’s important to have both. I mix it up for my own enjoyment and because I need to keep taking on new challenges, but I wouldn’t say I have a preference. I love to fluctuate between the extremes of what’s out there and what’s on offer.

I don’t mind getting into shape for a role, but I’d much rather be riding bicycles or going on hikes. Even though I love a good action film, I’m always worried about having to spend several months working out in a gym. That’s why I was very happy to play the dishevelled alcoholic in The Girl on the Train. It helped to look as awful as possible and not worry about my appearance. That was much more doable for me.

We’re lucky to live in a very beautiful part of California. The small city of Ojai, where we stay, is a good two-hour drive from Los Angeles, and much more relaxed. We live in the middle of these magnificent vineyards and it’s always very sunny and warm and peaceful. It’s the perfect place to raise our kids. The scenery is so pretty that it can be hard to go back to the city sometimes.

The worst part about doing A Quiet Place was how banged up my feet got. I spent the whole film barefoot so, by the end, I was in such desperate need of a pedicure. My feet looked hideous. There was the option of wearing my fake feet, but they really weirded me out – they were too strange looking. I decided to rather suffer through the blisters and cracked heels.

I quite enjoy my own company. I feel like my life is pretty loud and dialogue heavy – mostly because I’m constantly negotiating with my children. Now, when I get to drive by myself in the car with no music playing in the background, that’s my quiet place. Those moments are very rare. I think you need to be in a happy place, a comfortable place with people you can just be quiet with, to really appreciate the power of silence. 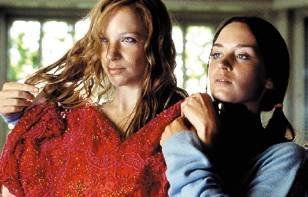 2004: Her breakout role as Tamsin in My Summer of Love 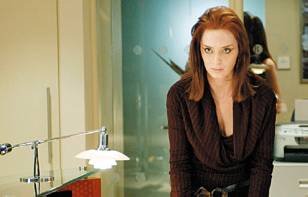 2006: We loved to hate her in The Devil Wears Prada 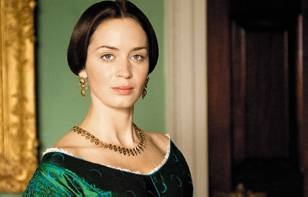 2009: In The Young Victoria, Emily played the queen 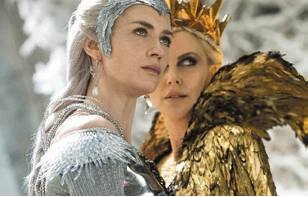 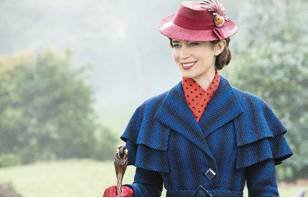 2018: Emily as the beloved Mary in Mary Poppins Returns 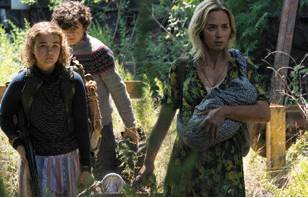