Inspire
/ FEATURE
/ WOMEN TO WATCH
What Does It Mean to Be a STRONG WOMAN in 2020?
Legendary journalist Joan Lunden—one of the strongest women we know—met with four dynamos to find out. Turn the page to meet these motivators and everyday heroines.
AS TOLD TO MICHELLE RUIZ
PHOTOGRAPHED BY ALLIE HOLLOWAY 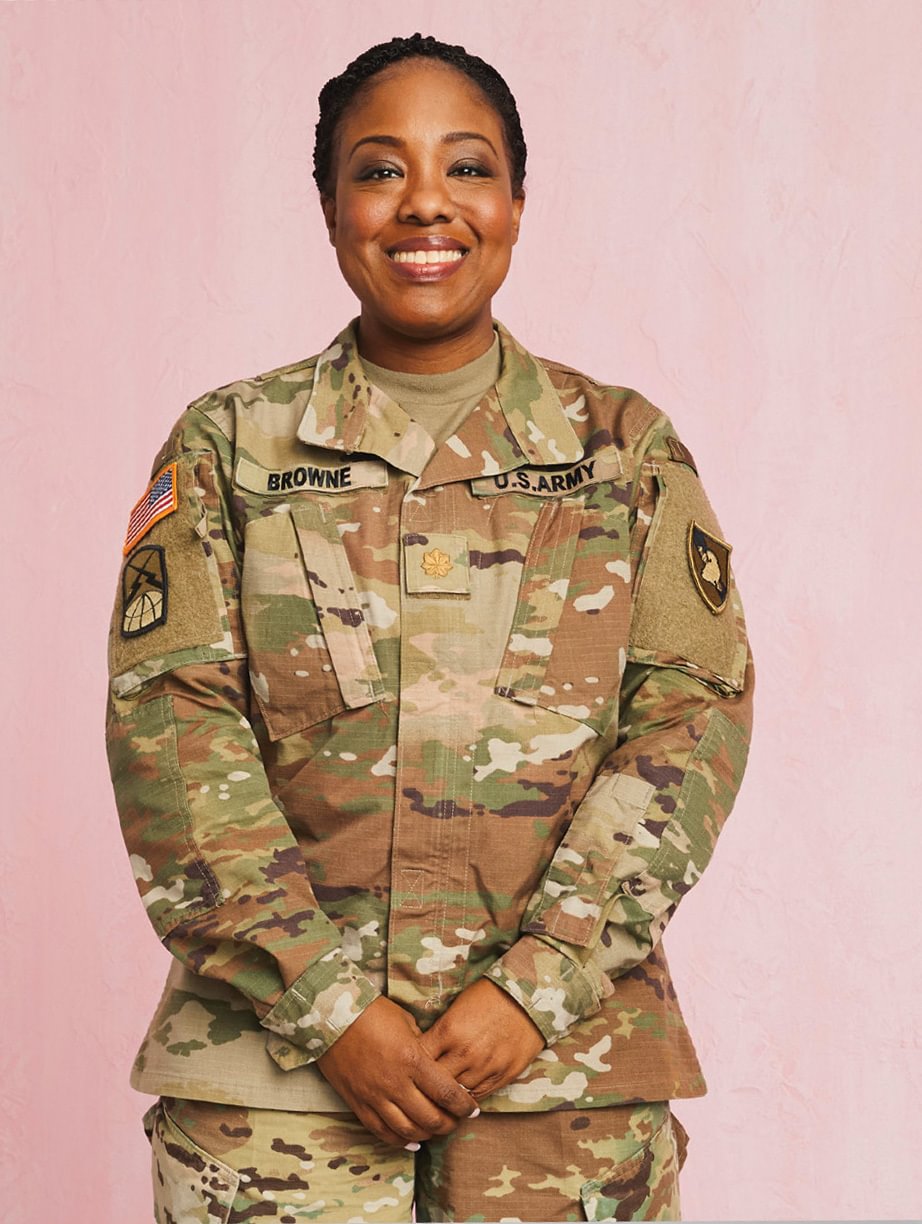 I majored in journalism in college, so I thought I was going to be a reporter. But I worked in marketing and it wasn’t rewarding. I wanted to do something connected to service. My father had been in the military and said, “Why don’t you check it out?” I was young and fearless when I signed up in July 2001. Then, September 11 happened. My friends and family said, “You’re not going to do it now, right? You’re going to go straight to war.” I could have changed my mind, but it only motivated me more. I wanted to be able to help.

For my first assignment in South Korea, I was a platoon leader of about 40 soldiers. Two were women. But I wasn’t scared about being one of the few females or African Americans. One thing I love about the military? It’s equal opportunity. They saw me as a lieutenant.

My husband and I met in Korea. Then I went to Kuwait. After we got married, he deployed to Iraq. Now we’re a dual military family with a daughter, 10, and a son, 8. It’s not an easy life for the kids, moving and making new friends every three years. For instance, back when he was in Iraq, my husband called and said, “We just had an RPG [rocket-propelled grenade].” I think about the soldiers I had in my command—they were mothers and fathers and children. I wanted them to stay out of harm’s way. You feel that in terms of one or two children, but I had 80. What I’ve learned about strength is, you’re going to face obstacles, but you stick with it. I’m doing something that’s more than me.

When I started out in child welfare in 1997, I worked in a sex abuse unit, and I found myself calling Safe Horizon, the nonprofit that helps victims of domestic violence, as an outlet. Whether you need a lawyer or an advocate, they’re there. I got married in 2007, and we had a daughter, but we separated in 2013. Six months later, I went to the gym with my cousin, and my ex was outside saying, “I want to talk to you.” I called my attorney inside and said, “I’m not comfortable.” I came out later, and the next thing I knew, my ex was punching me in the face. I was grabbing for my phone, telling my cousin there was a number I used to call for others: 1-800-621-HOPE. The Safe Horizon hotline.

I heard a comforting voice on the other end, and I calmed down a little bit. I was able to file a police report, and he later pleaded guilty to a misdemeanor.

At the beginning, I was in disbelief, like, “How could this happen to me? I should know better.” It took a lot of reflection, and a lot of support, to say, “This is not what I’m made of.” It can happen to anyone. As an ambassador for Safe Horizon, I talk to teens; I talk to boys. I wear purple nail polish [the color for domestic violence awareness] on my left ring finger, so if somebody needs assistance, they know I’m here. My ex and I are in a much better place. We have to co-parent a little girl who’s 11. She knows that love shouldn’t hurt. 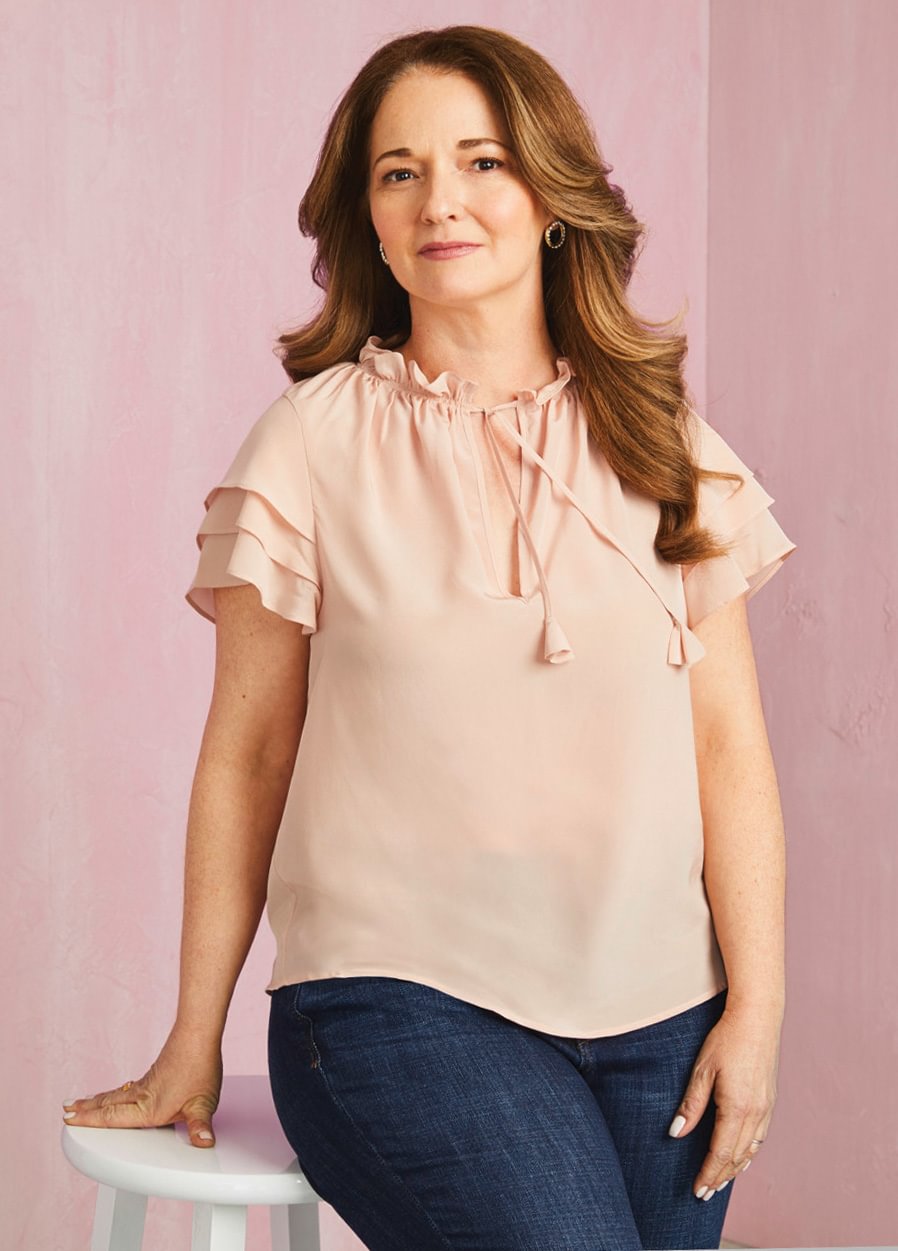 My mom always had a garden, wherever we lived. I love the magic of growing things. My undergraduate degree is in plant biology; then I went to forestry school. Yes, I did learn how to operate a chain saw! One day, my cofounders and I saw a vacant lot that was neglected, just filled with trash. We thought, Let’s start a community garden. Our community was, and still is, too divided—with many neighborhoods where people all look the same—and so we wanted to get people from all parts of our town together. We went to the senior center, a bunch of African-American churches, and youth clubs, and then we purposefully gave them community garden beds next to people they didn’t know or who didn’t look like them. We’d have an 80-year-old guy hanging out with 5-year-olds, and by the end of the summer, they were like his grandkids. We’ve had people who met gardening and got married.

As the organization grew, we turned an abandoned playground into an urban farm, where we grow food on a larger scale. We give to the local high school, but the bulk of the produce goes to the Interfaith Food Pantry and Nourish NJ, the community soup kitchen. The local hospital runs a program for families who have recently immigrated to the U.S., whose kids are at risk for type 2 diabetes. We load them up every week with a free bag of produce and write recipes in Spanish. Most important, the message is about taking care of one another.

54, president and cofounder of We Run Brownsville, Brooklyn, NY

I was a very energetic kid, and my mom had to do something with all that spirit: She let me join the local track club, and that was my introduction to running. I worked as a bank executive for a long time. People convince you that you’ll make a lot of money, but nobody ever talks about all the stress. One day, I quit. There was a pool of money coming into Brownsville that was designated to help residents take ownership of their health. Brownsville has some of the worst health outcomes in New York City. It’s a food desert. The track at the park had holes. There’s high blood pressure, obesity, diabetes. I said, “We could start a running group.”

We had 22 women show up; then they asked if they could bring family. They were scared. Women of color have to get past the mindset that we’re not deserving of a beautiful park, fresh vegetables, and good health. Some women brought their kids, and the kids started to bring bicycles and scooters. Four years ago, I suffered a stroke. Had it not been for this running group getting me back to my conditioning, I could’ve lost my life. What’s happening now is “active activism”—women in the group feeling so empowered, they’re joining the community board, the parks organization, PTAs. The park is being totally redone. Our name is intentional: We run this community. 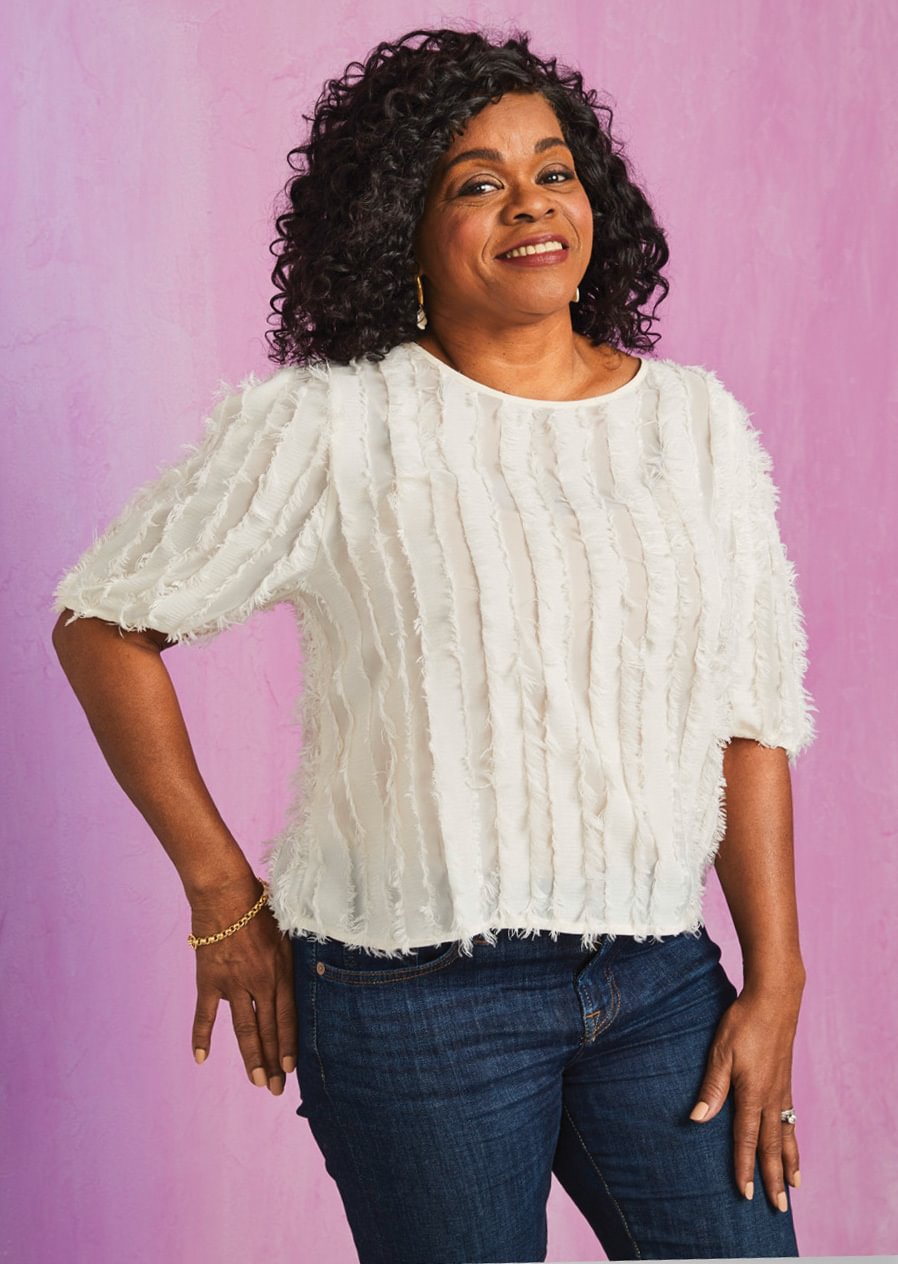