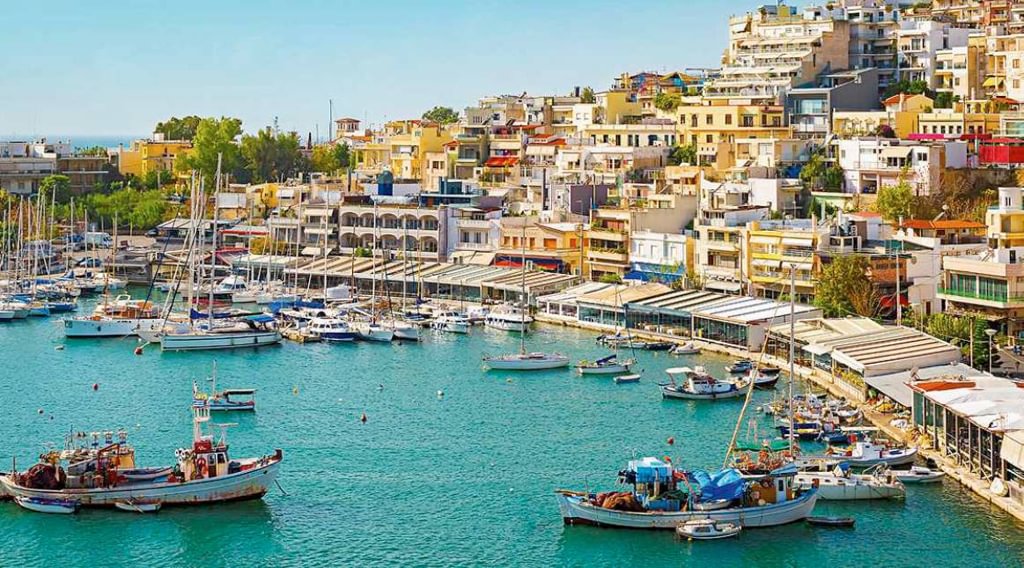 Fish restaurants line the harbour at Mikrolimano in Piraeus

Ancient monuments aside, it may lack the ornate architecture of Paris or Rome, but the Greek capital has seen a surge of creativity transform the city’s art, culture, and food. Athens has quietly reinvented itself amidst financial turmoil with a vibrant new scene of bars, cafés and restaurants led by a new wave of Greek chefs and food lovers.

‘When you lose everything, doing what you really love is a good start,’ explains Periklis Koskinas who launched two new restaurants with four other chefs, Cookoovaya (cookoovaya.gr) and Hoocut (hoocut.com) in 2014 and 2018, respectively. ‘The economic crisis in Greece changed many things –unemployment and poverty increased – but it also means people are finding new ways of expression and entrepreneurship: from winemakers and farmers, to new hoteliers with ecological and ethical character, and restaurateurs like us.'

Exceptional Greek cuisine is nothing new of course and Athens is home to plenty of traditional tavernas and souvlaki stands, like Kyrios Kostas who has been serving souvlaki in Agias Irinis Square since 1946. Locals and tourists flock to it, sometimes queuing half an hour for juicy pork kebabs in pitta dressed with Kostas’ famous spicy sauce. Meanwhile, the harbour at Mikrolimano in Piraeus is lined with seafood restaurants serving fresh fish with elegant simplicity.

Still, you’ll want to seek out the new openings, with many packed into the narrow graffiti-covered streets of Psirri, and in nearby Monastiraki district, which is home to relaxed wine bars such as Heteroclito (heteroclito.gr/en) and cutting edge cocktail bars like The Clumsies (theclumsies.gr), currently number seven on the World’s 50 Best Bars list. 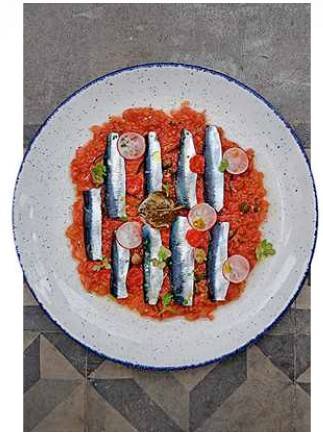 Sardines served in style at Cookoovaya

True to Mediterranean form, the locals eat late in Athens with many restaurants not opening until 8pm – but plan dinner for around 10pm if you want to soak up the atmosphere of the city at its liveliest.

Varvakios Central Market has been in business since 1886 and is still going strong. It’s open every day, except Sunday, and Athenians flock here to stock up on fresh meat, fish and vegetables sold from densely packed stalls. It’s a must on any foodie itinerary but not for the faint-hearted, with whole animals and offal strung from butcher’s hooks at every turn. 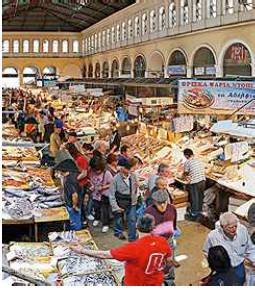 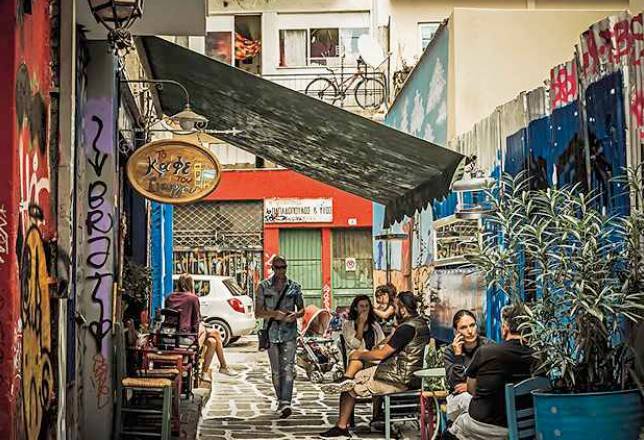 Psirri is home to hip new bars and restaurants 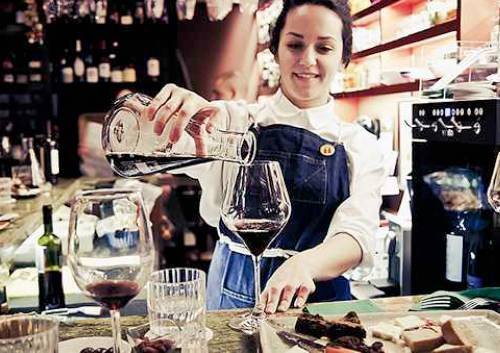 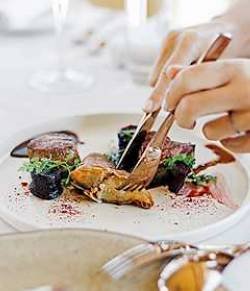 The New Hotel is a boutique hang-out

The Foundry is one of the city’s newest hotels, having opened in late 2018 on the edges of Psirri district. Located in an old factory, the modern rooms are more like a collection of designer apartments, each with a full kitchen, bathtub, shower and multiple bedrooms, making them an ideal choice for groups or families. Breakfast comes in the form of a hamper delivered daily to the door, stuffed with fresh bread, jams, eggs, juice and yogurt. Rooms from £108. thefoundryhotelathens.com

The New Hotel became one of Athens’ first boutique hotels when it reopened after refurbishment in 2011, helping to breathe new life into the city’s hotel scene. It has a central location with modern rooms (think gold freestanding bathroom sinks), a lively restaurant and rooftop bar. Rooms from £188. yeshotels.gr/newhotel 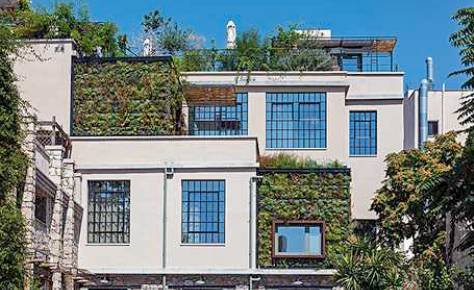 Five places to eat in Athens

Despite a French name and Instagrammable interiors, this modern taverna is all about satisfying Greek classics such as stuffed vine leaves, Greek salad and meatballs. These are all served as meze-style small plates, meaning you can try a good chunk of the menu in one visit. Dishes from £2.70. cherchezlafemme.gr

Set in a quiet, palm-shaded courtyard off Ermou, Athens’ main shopping street, Feedel really is a welcome escape from the crowds. Run by Leonidas Koutsopoulos, who was also a judge on the Greek version of MasterChef, Feedel is typical of Athens’ ‘neo-tavernas’ offering modern interpretations of classics such as the twisted cheese pie with seasonal vegetables and an excellent list of Greek wines. Dishes from £9. facebook.com/ feedelurbangastronomy

Ergon bills itself as the ‘first foodie hotel in Athens’. Several floors of sleek modern bedrooms sit above a huge public marketplace where shelves are stocked with thousands of products from small artisanal Greek producers. It is Athens’ answer to Eataly, and its deli and café is the perfect lunchtime pit-stop to refuel on classics such as Greek salad, spicy ‘lakerda’ (pickled fish), and zucchini fritti. Dishes from £9. house. ergonfoods.com

One of the city’s standout fine-dining restaurants, Hytra has held a Michelin star since 2010. Chef Tasos Mantis took the reins in 2014 and creates beautiful modern Greek dishes largely focused around fish, plus herbs, flowers and vegetables grown in his countryside garden. Highlights from the 14-course tasting menu include oysters with nasturtium, elderberry capers, chives, and clams with pickled elderflower and fennel. Tasting menu £55. hytra.gr

Opened in 2014, this is already an Athens institution serving modern Greek food to a well-heeled crowd. A long open kitchen houses a wood oven from which the best dishes appear – flaky pies stuffed with feta, and charred roasted octopus with fava beans and vinegar glaze. Dishes from £13.50. cookoovaya.gr/en 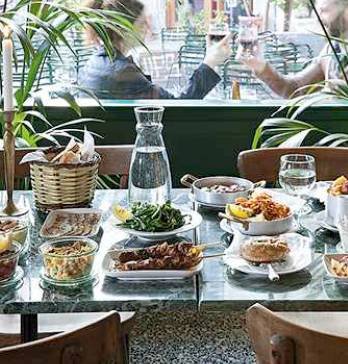 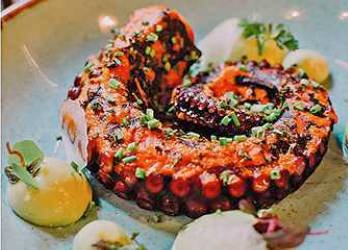 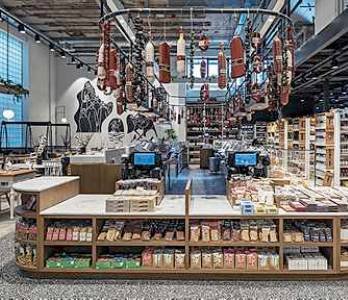 Assistance for this feature was provided by the Greek National Tourism Organisation. visitgreece.gr