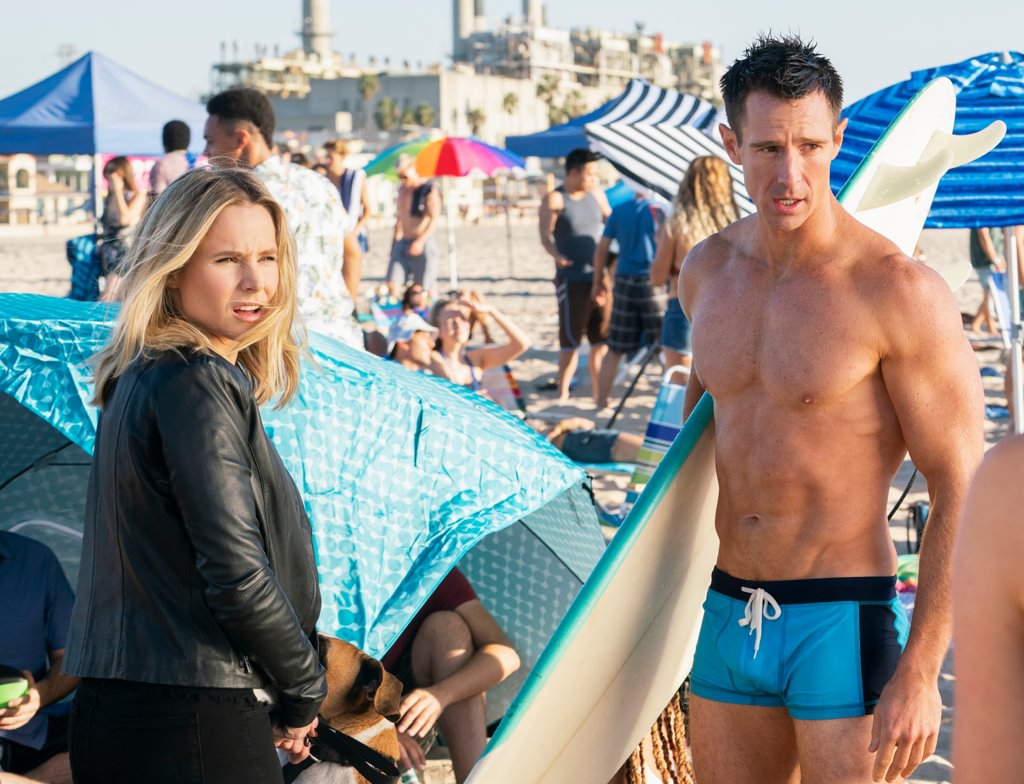 Veronica (Kristen Bell) and Logan (Jason Dohring) reunite in the sand. “Veronica starts in a different place than she usually does, and I’m the counterbalance to that,” Dohring says of the relationship.

WHEN IT CAME TO HULU’S revival of his beloved teen-detective drama Veronica Mars, creator Rob Thomas had exactly 18 f---s to give. Or give up, that is.

The executive producer assumed that since the resurrected series starring Kristen Bell would be airing on the streaming service (beginning July 26), there’d be latitude regarding profanity. As they might say on Bell’s The Good Place, he was forking wrong.

“The original script had 18 f---s in it. In fact, the first word of the show was, f---,” Thomas explains. “Hulu came back and said, ‘You can say any word, but not that one.’” Fans will soon learn the inventive solution that Thomas devised to help his title character keep it clean(ish) as she reunites with her dad, Keith (Enrico Colantoni), to run their family gumshoe business in sun-soaked but seriously shady Neptune, Calif., where clashes between the affluent and the struggling keep their client stream steady. “We were so bummed,” Bell says of the cursed cursing, but a silver lining came in the form of comedy gold “because now it’s a [running joke] and yet another way that Veronica and Keith can stay playful.”

Beyond that glitch, the sailing was smooth AF for the return of the series, which ran for three seasons beginning in 2004 and spawned a 2014 Kickstartered film. Since wrapping the movie, all involved had the desire to reunite, but it wasn’t until now that the stars (and Thomas’ and Bell’s schedules) aligned for an eight-episode fourth season.

Bell didn’t think twice about sliding back behind Veronica’s telephoto lens. “I have a theory,” says the 39-year-old Michigan native. “When the world felt safer, we were okay rooting for Walter White [on Breaking Bad]. I don’t think people want an antihero anymore. I certainly don’t. And Veronica is safe. She’s fighting for good. She’s in situations that we’ve all been in, where we felt like an outsider. The response I get from fans is, ‘This show helped me get through high school.’ ‘This show convinced me not to do X, Y, Z terrible things to myself.’ That’s a huge factor in why I keep coming back to this.”

Colantoni can’t help but beam paternally when discussing the seamlessness of his reunion with Bell. “Her dexterity is just so heightened now, her life has gotten so much bigger,” says the 56-year-old actor. “It’s a testament to how talented she is and how connected she is to that character.”

“He’s charisma personified,” Bell says of Ryan Hansen (left), who returns as frenemy Dick Casablancas. “He’s one of my best friends, and I couldn’t be happier that other people notice how sparkly he is.”

That character is now very much an adult, which is reinforced from the outset in some very steamy scenes with Dohring, 37, whose character’s work in the military is shrouded in mystery but whose torso is not. Since most viewers met her snarky-but-sensitive Veronica as a teenager (albeit a hard-boiled one befitting the show’s noir atmosphere), Bell understands it might take a little adjustment for some. “They really made Veronica a woman [this season], and I appreciated that,” says the actress, who followed Mars with a string of successful film and TV roles, including Showtime’s House of Lies, the beloved Disney animated musical Frozen, and the aforementioned The Good Place. “This is a more rated-R series…. I’m hoping that the audience can deduce that, since I have two children [with husband Dax Shepard], I’ve had sex in my life, minimally, two times.”

And the series may keep growing up, as everyone is ready to sign on for moreas schedules allow. “Hulu was very happy with how this turned out,” says Thomas, 54. “So I think if we do well—and I have no idea how streaming judges these things, that remains a mystery to me—that everyone would be game for seeing when we can slot in the next eight episodes.”

“I am wholeheartedly committed to playing this character until the fans don’t want me to anymore,” says Bell. “I’d play it till she hits Murder, She Wrote and everyone in Neptune is dead. Because it feels that good to play her. It feels good to fight for what’s right and just, and also maintain a sense of vulnerability while possessing porcupine quills.” And a taser, just in case.

Many famous and soon-to-be-famous names passed through Veronica Mars’ ill-fated hometown during the show’s initial run (including Tessa Thompson and Jessica Chastain). Here are three new faces who figure in to the central mystery of season 4. 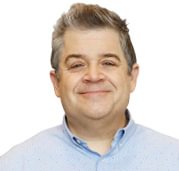 “I was sitting next to Patton at a movie premiere,” Kristen Bell recalls of the veteran comic actor (A.P. Bio), who joins Mars as an eccentric pizza delivery guy. “I whispered to him, ‘Hey, Rob [Thomas] wrote a part that he wants you to play.’ And he was like, ‘Oh my God, just call me, I’m in.’ And that was the end of the negotiations.” 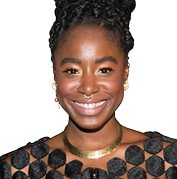 “I told Kirby when we offered her the role, ‘I kept seeing this woman in these shows I like, and I kept going to IMDb to look her up, and it took me until about the third show to realize I kept looking up the same woman,’” says Thomas with a laugh. The British actress has had memorable turns on Barry, Killing Eve, and opposite Bell on The Good Place. She’ll now play the feisty proprietor of a popular spring-break watering hole.

“I was the lucky guy getting to work with him all the time,” Enrico Colantoni says of the Whiplash Oscar winner, who arrives as a mysterious new friend of Big Dick Casablancas with a puzzle of his own to solve. “I went from ‘Oh my God, it’s J.K. Simmons’ to ‘Hey, it’s J.K. Simmons.’ He’s that lovable and just a real actor. Just to be in his company brought the whole show up a notch, for sure.”