GOOD HOUSEKEEPING family+pets expert advice + fun projects for the whole crew
What It’s Really Like to Be a Kid Star on YouTube
Is life behind viral YouTube videos all it’s cracked up to be? Three families share their stories
by JUDI KETTELER 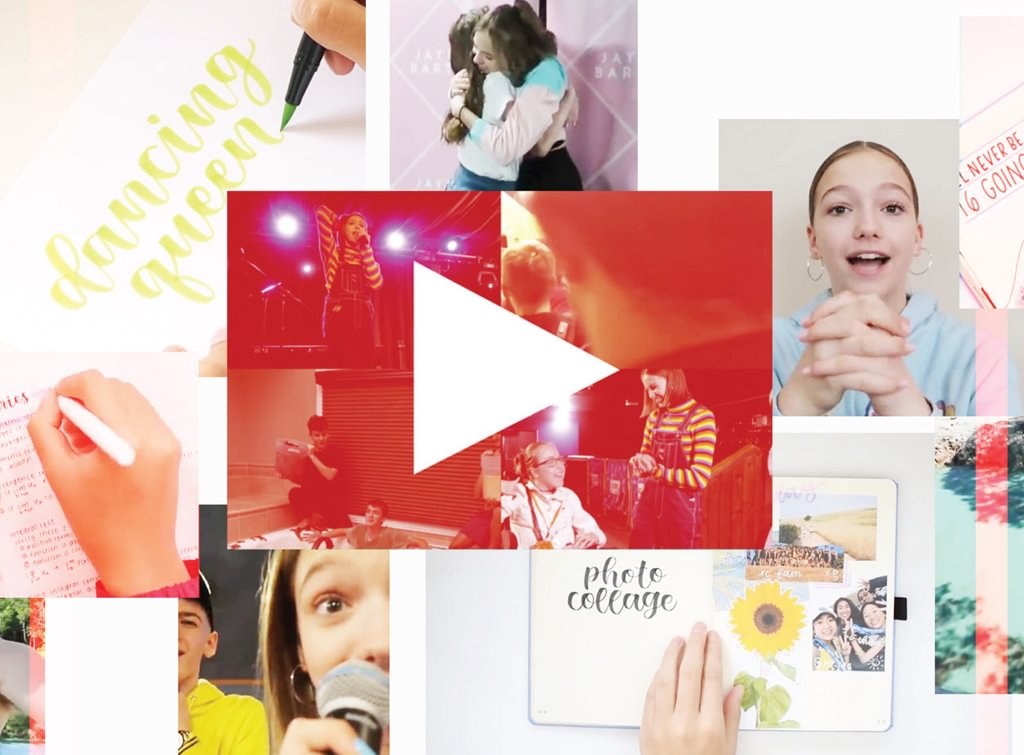 My children have the idea that they want to be social media celebrities — my 8-year-old daughter, Georgia, on YouTube and my 10-year-old son, Maxx, on Instagram. Georgia makes pretend YouTube videos by talking into the mirror, but Maxx, who does extreme trampoline tricks, has actually built a modest following on Instagram (I own and moderate his account).

As a writer, I understand the desire to be known and recognized for hard work and talent, and I wouldn’t want to stop my kids from pursuing their goals. Still, their digital dreams — and the way they share their lives with the world — feel like uncharted waters for me.

Many other parents share my discomfort: According to a recent Common Sense Media report on family Internet use, two of parents’ top worries were how much time tweens and teens spent online and the oversharing of personal details. But for Generation Z, made up of kids born from the mid-1990s to the mid-2000s, the Internet is less of a worry than it is an opportunity. In fact, “the number one career choice of Generation Z is to be a social media star,” says Meridith Valiando Rojas, cofounder of DigiTour Media, the largest producer of live events featuring social media talent, and author of Selfie Made: Your Ultimate Guide to Social Media Stardom. 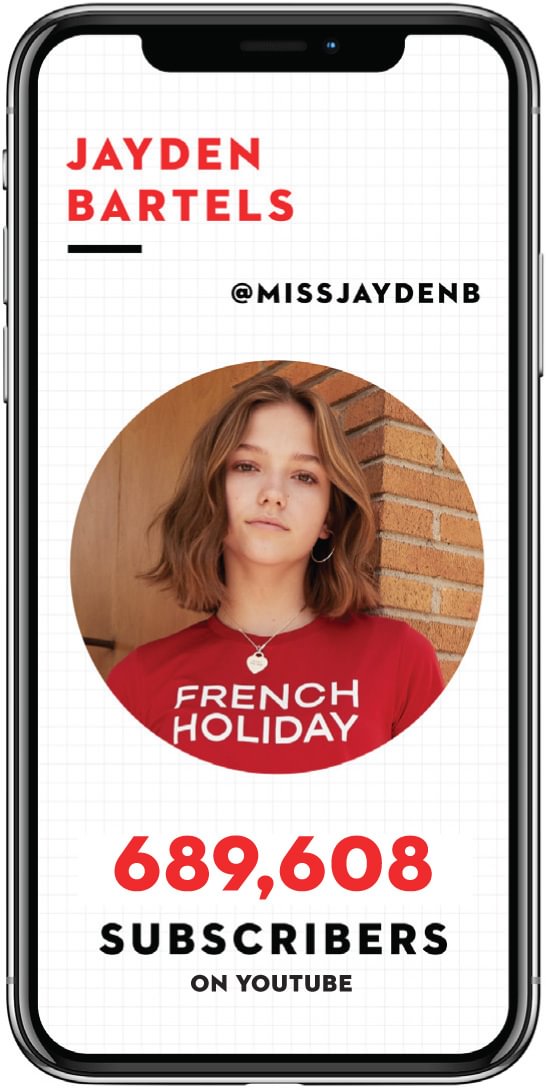 Jayden, 14, posts music and dance videos, pranks, challenges and more on the YouTube channel she started four years ago.

YouTube says that children must be at least 13 years old to create an account, but that doesn’t stop many parents from opening and managing channels for kids much younger than that. In fact, some of the most popular YouTube channels, such as Kids Diana Show and Ryan ToysReview (whose pint-size star reportedly made $22 million in a recent 12-month period), feature kids as young as 7.

This is a NEW FRONTIER for parents and for kids-it's lick WILD WEST.

Earlier this year, YouTube came under fire after a user posted a video describing ways in which the platform facilitated sexual exploitation of minors. As a result, YouTube has banned comments on most videos that include children 13 and younger.

Caroline Knorr, Common Sense Media’s senior parenting editor, advises a quick gut “well-being” check when your child comes to you with a plan for creating a YouTube channel. What’s the “why” for creating the channel? How much does he or she look to others for validation? How is he or she doing in school? Even if you’re satisfied with the answers, keep a close eye on the channel and on your child. “Remember that this is a new frontier, for parents and for kids,” says Knorr. “It’s like the Wild West.”

Plenty of tweens and teens have big ideas for YouTube content. Rojas, who has helped many young social media influencers build brands, notes that due to a lack of resources for learning how to get going, the number of kids who actually start a YouTube channel is much lower than the number who think of it, and even fewer create content regularly.

“It’s a lot of work, and it really has to be led by the child,” says Yvonne Bartels, mother of actor, musician, dancer and YouTuber Jayden Bartels, 14, of Los Angeles. Jayden currently has about 2.9 million Instagram followers and nearly 690,000 subscribers on YouTube, where she uploads videos featuring vlogs, pranks, challenges, clothing hauls and performances. Jayden, an A student, is tucking away the income she’s earning from YouTube for college as well as using it for opportunities like traveling (YouTubers make money from partnering with brands that pay them to do sponsored posts).

Three years ago, when Jasmine Shao, better known as studyquill on YouTube and Instagram, was 13, she asked her mother’s permission to start posting her videos featuring study tips, bullet journaling, hand-lettering and calligraphy. Her mom, Yanping Zhao, agreed. “I worried about things like cyberbullying. But on the other hand, we have to build something positive in this YouTube community,” Yanping says. Jasmine’s success on social media (she has about 442,000 YouTube subscribers and 273,000 Instagram followers) led to a book deal: Study With Me (Quarto), coauthored with 17-year-old fellow YouTuber/Instagrammer Alyssa Jagan, is due out this fall.

For Jayden and Jasmine, the experience as influencers has been full of more peaks than valleys. But what about when things aren’t so clearly positive? I know a little about this from following one of my son’s heroes, Tanner Braungardt. Tanner, a 19-year-old from Augusta, KS, currently has 4.4 million subscribers to his YouTube channel, which features highquality videos of pranks and flips on trampolines and off of buildings as well as general zaniness. In January 2016, Tanner set a goal to have 3,000 subscribers to his YouTube channel by the end of the year. By May, he had 10,000; by July he had 100,000. And by September, he hit 1 million subscribers.

Since 2016, Jasmine, 16, has been advising her YouTube subscribers on smart study habits and showing off new stationery and pens.

Then his channel got hacked and his money flow was shut down for months. “The weight of that stress changed everything,” says his mom, Kim. Eventually, Tanner got his YouTube channel revenue stream back up and running and continued to grow his fan base and earn money. But he was becoming increasingly motivated by the metrics. At one point, YouTube changed its algorithm and Tanner’s views were suddenly cut in half. “I said to him, ‘Son, it’s a computer. You can’t get your value from it,’” Kim says. There was also the issue of the money Tanner was making. Kim had been a single mother for 13 years, and she ran a successful real estate appraisal business. “I had provided a good life for my kids on my own, with a career I loved,” she says. That shifted when Tanner bought his family a $1.2 million home in nearby Wichita. “The roles aren’t supposed to flip-flop like that. I never allowed myself to fully enjoy the home because I knew I could never afford it,” Kim says. Tanner’s sister, Taylor, was bothered by all the attention, while his brother, Tristan, an actor, was seeking his own big break.

I told tanner, 'Son, it's a COMPUTER. YOU can't get your VAKLUE from it.'

Though Tanner was making a lot of money and continuing to expand his fan base, the pressure of expectations got to him. In 2018, he was living in Los Angeles, but intensely depressed. Kim convinced him to return to Kansas, which he did shortly afterward, and he got help for his anxiety and depression. He also did a mini reinvention of his channel, getting back to the roots of why he loved making YouTube videos, adding ones on topics like mental health.

Now, Tanner is on the other side, chasing inner wisdom rather than metrics. “It feels like we are finding the balance again,” Kim says. They make a podcast together called Mom, I Wanna Be a YouTuber, which functions as a sort of cautionary tale about the business. They sold the new house and bought back their old (smaller) home; until recently, Tanner was living in his old bedroom in the basement.

What Kim has always told Tanner — and continues to tell him — is “Be you, and wake up every day knowing what your values are.” She has some advice for parents of other kids who are chasing digital dreams: “If it does take off, hope and pray you’ve done everything you can to keep them grounded. You be their safe spot, and don’t treat them any differently.”

I plan to follow that advice, no matter what my kids do on YouTube, Instagram or the next great platform yet to be invented. Likes or trolls, exciting brand events or quiet family dinners, metrics that go up or metrics that go down — whatever comes our way, I’ll keep our circle safe here at home.

Allowing kids to launch and run their own YouTube channels can help them learn valuable digital video skills and foster creative self-expression. If you have a budding social media star on your hands, use these guidelines to teach kids the basics of sharing their lives online.

Use your email address or Google’s Family Link app to set up an account for a child under 13. You’ll control privacy settings, and your child can focus on making videos.

Have older kids create proposals for their channels describing the topic, the audience and how often they’ll post.

Start with a “beta launch” for a channel by keeping privacy settings strict and sending it to a few close friends and family for input.

Kids and teens might be surprised to get negative comments on their channels. When it happens, help children focus on positive comments and encourage them not to respond to trolls.

For more information, go to commonsensemedia.org.