PEOPLE IN THE NEWS

(PHOTOS: MEGA. VICTORIA BECKHAM)
MAKING THE MOST OF MIAMI THE BECKHAMS KICK OFF THEIR SUMMER HOLS IN THE SUNSHINE STATE
REPORT: LAURA BENJAMIN 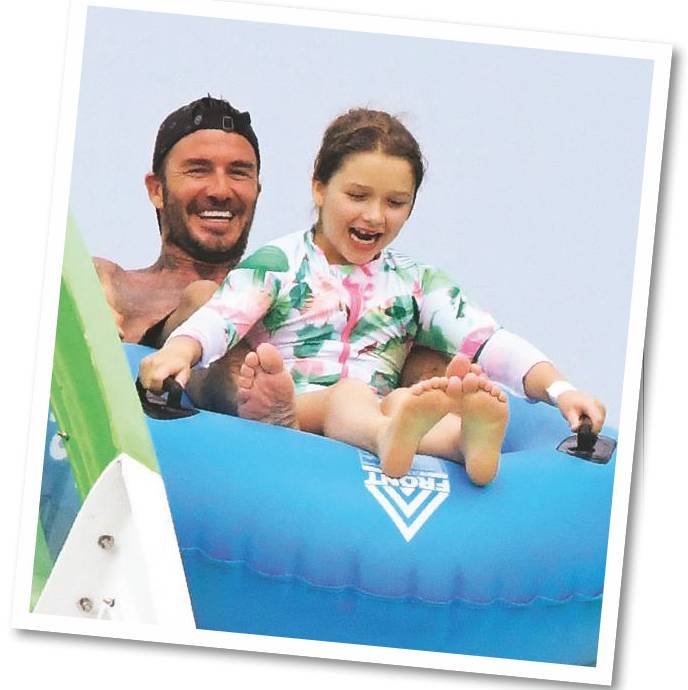 There was plenty of fun in the sun when the Beckhams combined a holiday in Miami, Florida with a spot of house-hunting in the Sunshine State.

In the city for talks about his new football team Inter Miami, 44-year-old David decided to make a splash by taking his family – designer wife Victoria, 45, younger sons Romeo, 16, and Cruz, 14, and eight-year-old daughter Harper – for a day out at Tidal Cove waterpark.

Evidently enjoying himself, the former footballer was seen beaming with delight as he flew down a waterslide as Harper giggled and screamed in delight.

Sharing photos of the day with his followers on Instagram, David wrote: “So much fun with the kids at Tidal Cove... MIAMI BABY.”

Victoria makes a stylish house-hunter during the Beckhams’ Miami break, where highlights include a beach kickabout for Harper and Cruz and Romeo and cooling off with Eva Longoria Bastón’s son Santiago 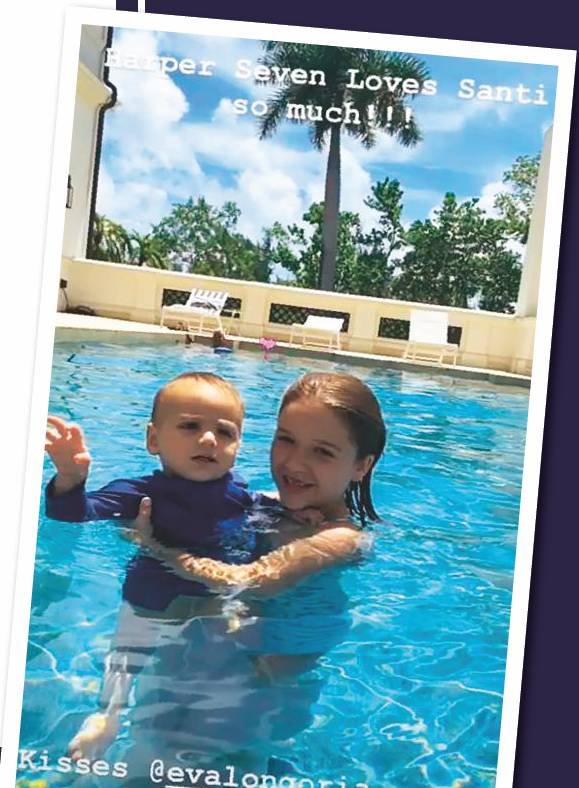 While big brother Brooklyn, 20, was in London with girlfriend Hana Cross, the rest of the family took to Miami Beach to give a demonstration of their footballing heritage.

Showing that they, too, can bend it like Beckham, Romeo, Cruz and Harper demonstrated impressive ball skills with a kickabout on the sand.

There was also a chance to catch up and cool off in the pool with good friend Eva Longoria Bastón and her one-year-old son Santiago. “Harper Seven loves Santi so much,” wrote Victoria on Instagram, sharing a photo of the duo in the water.

With family firmly on their mind, she and David took some time to go house-hunting – the ex-England captain has been spending increasing amounts of time in Miami to set up the city’s new Major League Soccer franchise, which is expected to play its first games next year.

Among the properties they saw was architect Zaha Hadid’s One Thousand Museum, a landmark in the city. With 62 storeys, the apartment complex is one of Miami’s tallest buildings and features a swimming pool, hair and beauty salon, juice bar and a treatment spa. Prices of the apartments range from H $5.9m-$20.9m (£4.73m-£16.8m). ■