Apple has revealed iOS 13, which means it’s time to look at all the features and upgrades coming to our iPhones this fall. This year’s iOS felt like a mashup of everything Apple didn’t quite have ready for iOS 12. While iOS 13 includes a lot of improvements, it doesn’t have a cohesive theme. That doesn’t mean there wasn’t a lot to be excited about. From privacy and security improvements, to Dark Mode, to the revamped Maps app with street-level viewing, here’s everything you need to know about Apple’s new mobile OS.

Apple is taking a new approach to Siri, incorporating a deep learning computer algorithm that will sound much more natural than what we’re used to. The demo provided at the keynote was an improvement, although Siri still stumbled when using uncommon words or phrases. Then again, isn’t that a very human trait? The end result was eerily realistic and points in the direction of continued advancements in this area of machine learning technologies.

Siri is also getting better at automating shortcuts. The Shortcuts app will include templated options based on your habits that you’ll be able to customize in the app. Apple promises this will make Shortcuts easier to use, but we’ll see.

New Siri features are coming to the HomePod and AirPods too. With multi-user support, Siri on your HomePod will be able to distinguish between different users and create unique profiles for each. The new Handoff feature will let you tap your iPhone on your HomePod to switch your audio source so that you can keep listening to your music or podcast without having to pause to fiddle with your audio settings. You can also look forward to live radio, which lets you listen to over 100,000 stations from services like iHeartRadio.

Siri will start reading your text messages to you as they arrive via your AirPods, and you’ll be able to reply quickly without having to pull out your iPhone. An improvement to third-party app integration means that in addition to reading your texts off of iMessage, Siri will be able to read any messages you receive from third-party apps that are SiriKit enabled. You can share your music and podcasts with friends by putting their AirPods close to your iPhone and iPad, and it’s all powered by improvements to Siri.

“DARK MODE WILL MAKE NIGHT-TIME IPHONE AND IPAD USE MORE COMFORTABLE ON THE EYES.” 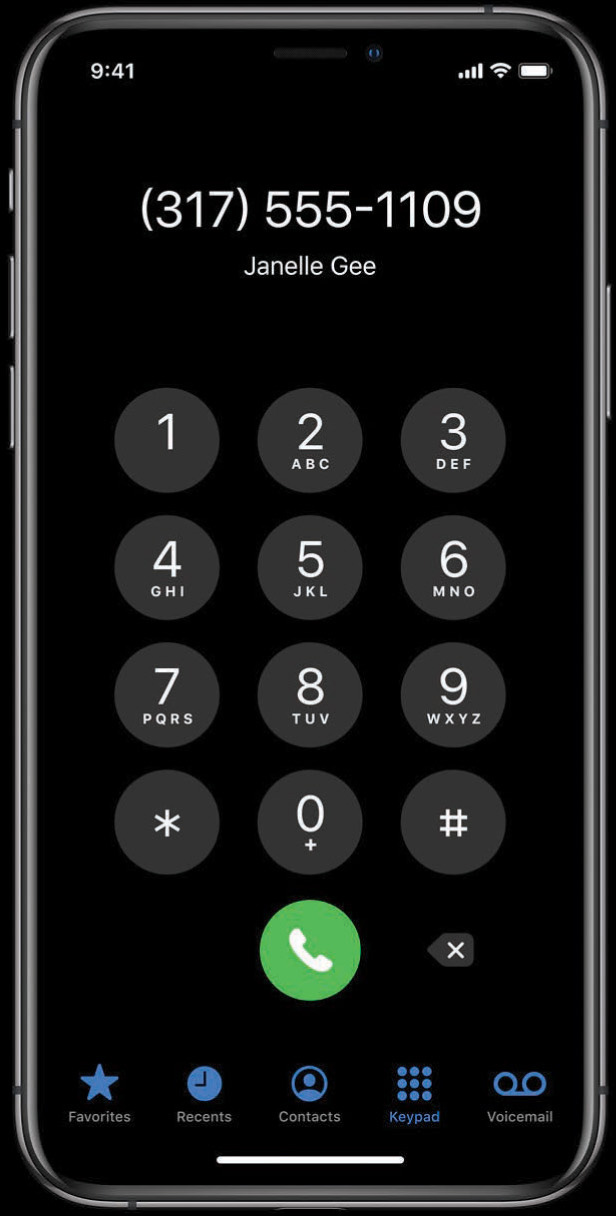 Ever since Apple brought Dark Mode to Macs, users have been clamoring for it to come to iOS. Dark Mode will make night-time iPhone and iPad use more comfortable on the eyes and will provide a sharp, dramatic look that makes colors pop. You’ll be able to put Dark Mode on a schedule to turn off and on automatically at certain times of the day. From the demo, Dark Mode seems well integrated into Apple apps, and the mode is available to developers for third-party integration.

Another big quality-of-life improvement is the new accessibility feature, Voice Control. Voice Control will be available for iOS, iPadOS, and MacOS, and it will allow users to navigate the operating system entirely with speech. The demo was very exciting, and I look forward to testing out this feature when it becomes available.

Apple is working on a completely new map view, and the demo looked awesome. Increased street detail with 2D models of buildings and parks make the map much easier to follow. But wait, there’s more! Maps is finally getting a street-level view that looks fun to navigate. Unlike other street-level maps, Apple Maps’ view lets you move seamlessly up and down streets. Plus, buildings are not only labeled, but they also have icons indicating what types of establishments they are, such as restaurants, bookstores, and cafes. You can find where you need to go and get a preview of where you’re headed to make navigation much easier.

“THE BIGGEST QUALITY OF LIFE ADVANCEMENTS ANNOUNCED THIS YEAR, IN MY OPINION, CENTER AROUND SECURITY.”

The biggest quality of life advancements announced this year, in my opinion, center around security. Apple is well known for taking user privacy and data mining seriously, and the new features unveiled at WWDC this year take privacy to a new level.

First, there are improved protections for location sharing. The new Allow Just Once feature gives you more control over whether or not an app has continued access to your location. Apple has also added a new sign in feature to replace Facebook and Google called Sign In With Apple. It’s fast, it’s easy, and while it uses your Apple ID for authentication, it doesn’t pass along any personal information. If an app or website asks for your email, you can now enable a feature that will hide your real email address and instead provide a randomly generated one that points to your inbox, but that cannot be tracked to create a profile based on your habits.

HomeKit has gotten a major upgrade with security cameras hitting the market that incorporate Apple’s new approach to encrypted footage. In the past, video has been stored and analyzed on the cloud. With HomeKit Secure Video, the footage will be analyzed on your device and encrypted before it’s ever uploaded to the cloud. That means only you can view the footage, and you get free 10-day storage on iCloud.

Routers are also coming to HomeKit. HomeKit routers will create a network specifically for the devices in your home network. A firewall for each device will protect you from outside attacks and shut down vulnerable security points into your home network. The routers will also be hitting the market close to the release of iOS 13.

At last, Reminders is getting a comprehensive update. You’ll have new filtering options, like Today, Scheduled, Flagged, and All, to make it easier to find the right reminder. A new quick bar also makes adding times, dates, locations, and attachments to reminders. One of the coolest new features bridges iMessage and Reminders by allowing you to tag a contact in a reminder. The next time you open a conversation thread with that contact in the Messages app, the reminder you tagged them in will pop up on your screen.

There are quite a few minor tweaks to the Messages app. In addition to connecting Messages to Reminders, Apple is making it easier to share names and images with other iPhone users. Now, when receiving a message from an unknown number, Apple can share that person’s profile picture and name with you so that you have an idea of who’s trying to reach you.

Find My Friends and Find My iPhone will now be combined under one application called Find My. Not only will it be easier to track your device locations and the whereabouts of your friends in one place, but you’ll also be able to find offline devices using a network of local Bluetooth signals from other Apple devices. The Bluetooth communications will be encrypted for privacy and will make it possible to locate your device much more easily.

The keyboard is getting a boost with one-handed typing. Instead of tapping individual letters on the keyboard, users will be able to swipe through the letters in a word to make writing easier. 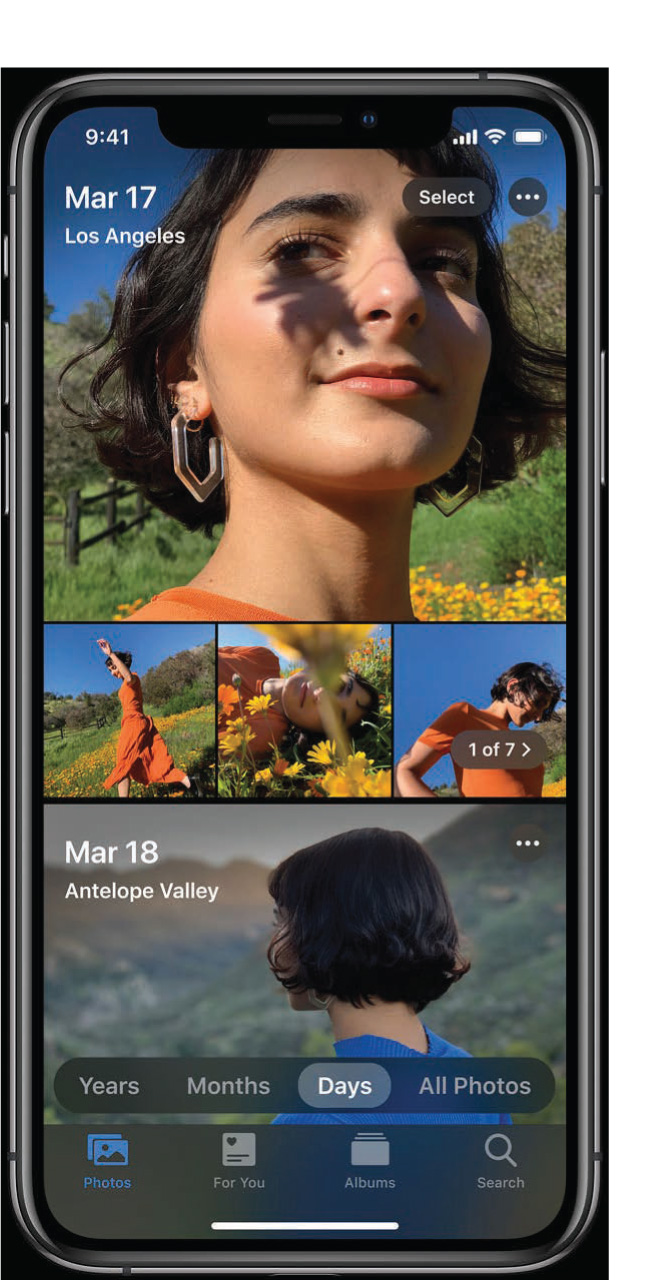 The Photos app has been reorganized, and I can’t wait to view pictures in the improved gallery that Apple demoed at WWDC. Photos and videos are organized by year, month, and day, and those categories are accessible in a menu at the bottom of the screen.

New editing tools are coming for videos, photos, and Portrait Lighting (for iPhones that support Portrait Mode). If you don’t like the orientation of a video, you’ll be able to rotate the video (finally!). Filters are also coming to video editing, so you can employ the same vignettes that have been available for photos since iOS 12. Portrait Lighting is getting a new mode, High-Key Mono, affording users more control with the ability to increase or decrease saturation levels, mimicking the effect of moving lights closer or farther away from the subject.

A new gallery view makes it easier to view and locate your notes. New search tools make it easier to find a specific note as well. Apple promised improvements to checklists, although we didn’t get many details on what this will look like. On top of all that, you’ll also be able to share note folders with contacts. 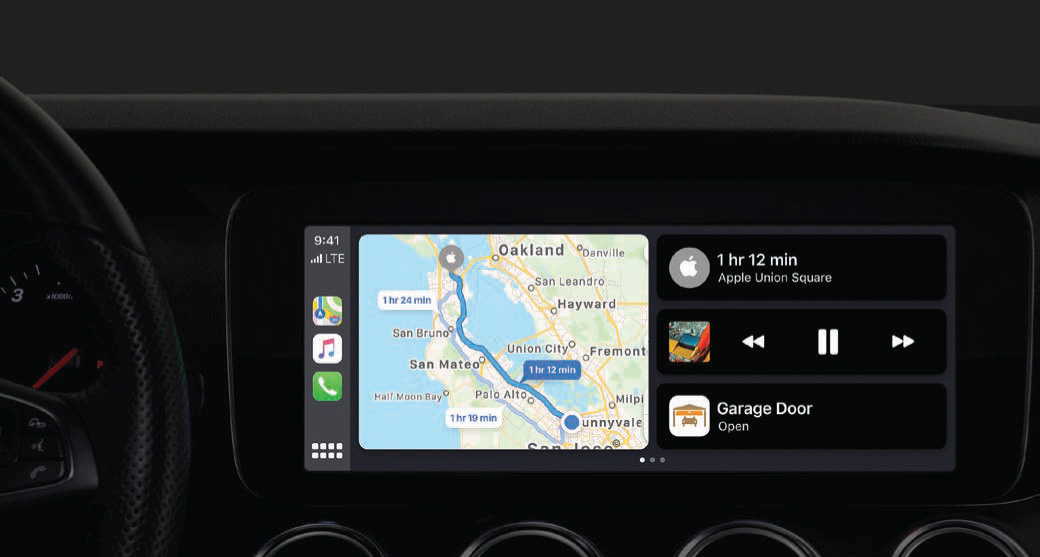 If you have a CarPlay-enabled vehicle, then this iOS 13 update is an exciting development. The CarPlay dashboard is getting a new look with a split-view feature that will place apps like Apple Music next to your map for ease of use. Siri integration with third-party apps will once again be improved, allowing users to access third-party music apps that are SiriKit enabled.

Finally, Apple announced that the iPad is getting its own operating system called iPadOS. Like with watchOS, iPadOS makes it easier for developers to tailor apps and features specifically for the iPad. For iOS users, this doesn’t mean a big change, but it does mean that Apple is moving closer to the iPad-is-just-a-crappy-MacBook territory.

What Does This All Mean?

Compared to previous updates, the changes coming with iOS 13 feel relatively minor. Apple hasn’t been making as much money from iPhone sales in recent years, and seems to therefore be shifting its focus from iOS to new services it can sell. There’s also only so far Apple can push the iPhone, and the age of the system is beginning to show. Adding too many bells and whistles to iOS would make the system unwieldy, and operating an iPhone is already complicated enough. Making small quality-of-life improvements to native apps, like the new approach to organization in Photos, is a smart move, at least for now. Apple needs to focus on improving the services and apps that are already offered, like making Shortcuts accessible to the average consumer, before adding the next big innovation to an already comprehensive and broad ecosystem. 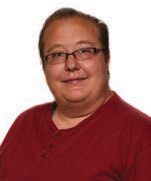 Tamlin Day is a feature web writer and advertising specialist for iPhone Life. He holds degrees in graphic design and professional writing and has been previously published in Breathe Easy Press. ■