INTO THE FIRE, AND OUT AGAIN 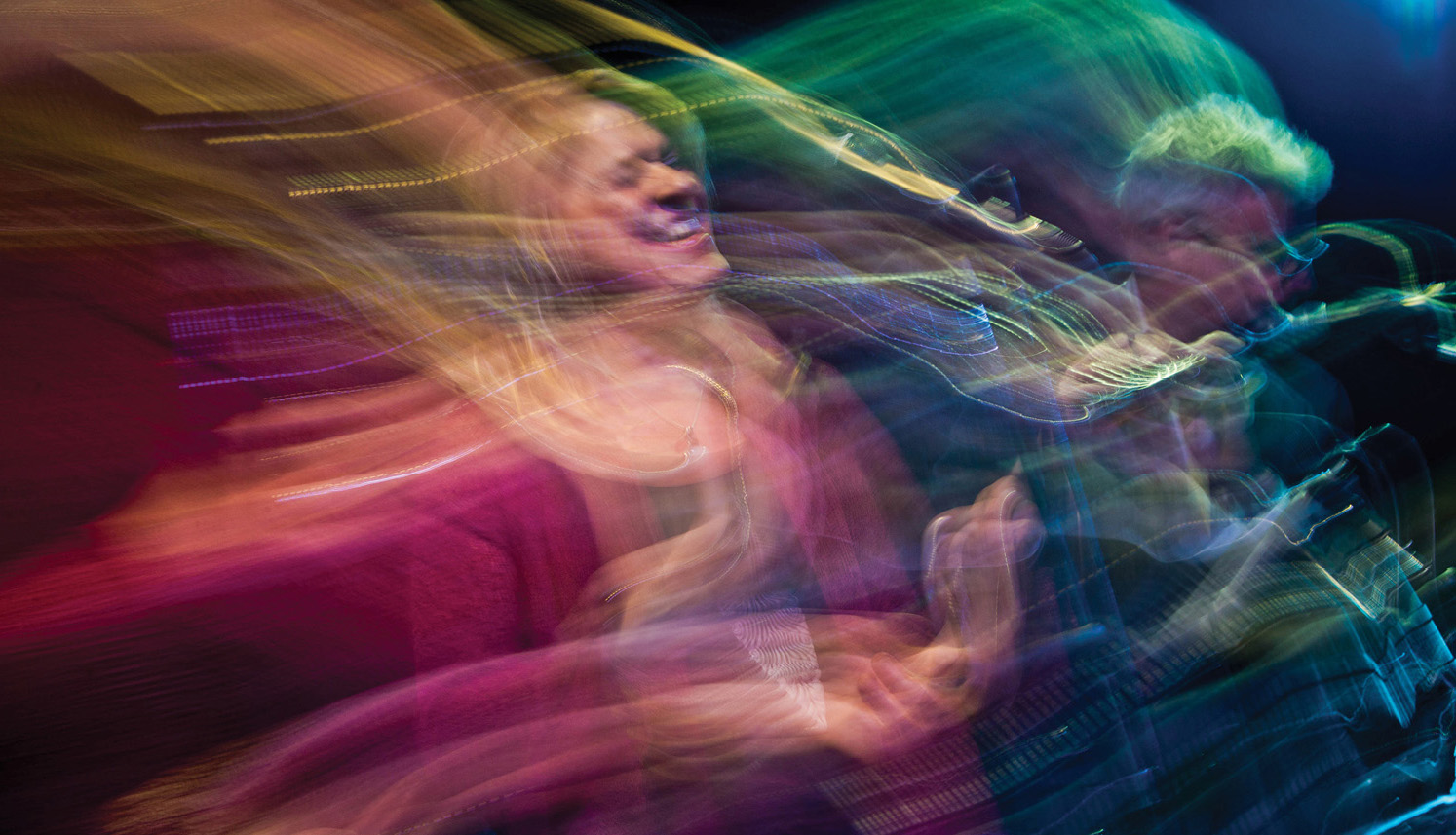 It’s tempting to describe Claudia Villela as a musician’s musician, considering that some of her most ardent fans and supporters are also her most illustrious colleagues; Pat Metheny has sung Villela’s praises, as have Kenny Werner, Vitor Gonçalves, Béla Fleck, and Jaques Morelenbaum. But it’s a double-edged superlative that implies an artist is better appreciated by her peers than regular listeners, which isn’t the case at all with Villela. The Brazilian-born vocalist, pianist, percussionist, and composer makes music of rare sophistication and beauty, and it’s as a performer that her transcendent gifts are most manifest, whether she’s spinning a new piece on stage with a fellow improviser or elaborating on an intricate setting for her poetic lyrics in Portuguese.

“You give her any musical idea, and Claudia completes it in a way that’s very beautiful,” says guitarist Romero Lubambo, who recently performed several concerts with Villela before recording a forthcoming duo album. “I can play any rhythm or sequence of chords and she’ll be on top of the music, creating a melody that makes sense. There are not a lot of people who can do that, but we did that. We’d just start playing and make the whole song in front of the audience.”

Lubambo isn’t featured on Villela’s most recent album, Encantada Live, a precious addition to her slim six-album discography. The project was designed to showcase her capacious creativity in a wide array of live settings, including several striking duo encounters. On the lushly picaresque 14-minute piece “Minas,” recorded at the Triple Door in Seattle, she extends her extraordinary partnership with Werner. She and the pianist had previously recorded 2004’s Dreamtales (Adventure Music), a studio session conducted without sheet music or prepared repertoire that yielded a cohesive set of spontaneous compositions making full use of her five-octave range and finely calibrated textural palette.

A conversation with Villela can feel a lot like her dazzling high-wire act on stage, full of quicksilver digressions, incisive aperçus, and stream-of-consciousness connections that overpower conventional logic. She describes choosing the disparate material and sequencing Encantada as “a lesson in always looking for that line that you’re trying to create. It’s a quilt I put together. If I died, nobody would ever see that.”

The sudden reference to mortality isn’t a non sequitur. In many ways Encantada is the work of an artist literally rising from the ashes. On a visit to her family in Rio in December 2017, Villela barely escaped an apartment fire, suffering second-degree burns and smoke inhalation. Numerous family treasures were lost in the blaze, along with the masters of a nearly complete album and hundreds of digital files of unreleased performances. The narrow escape left her determined to share her music more widely.

“After the fire I could have felt defeated, but I know there’s more where that came from,” says Villela, who moved from Rio to the Santa Cruz area in 1984.

The music she’s released over the years offers just a glimpse of her kaleidoscopic talent. She first gained national attention with 1998’s Supernova, an album focusing on her original songs featuring Michael Brecker and Toninho Horta. Her long-running collaboration with Rio-born Bay Area guitarist Ricardo Peixoto climaxed with 2001’s breathtaking Inverse Universe, a project that fulfilled her dream of working with harmonica legend Toots Thielemans.

Tim Jackson has followed Villela’s journey every step of the way, booking her regularly at Santa Cruz’s Kuumbwa Jazz Center and later at the Monterey Jazz Festival. He’s always admired her insistent creative evolution “and her willingness to lay it out on the line, much more so than a lot of artists,” he says. “She’ll go and really take some risks. You gotta love that. She’s a very brave artist.”