FEATURES
/ voices
What My Dog Taught Me About Acceptance
Award-winning journalist and writer Steven Petrow reveals how Zoe, a 16-year-old Jack Russell terrier with a razor-sharp bite, showed him how to dissolve some angry differences more than yoga and meditation ever could. 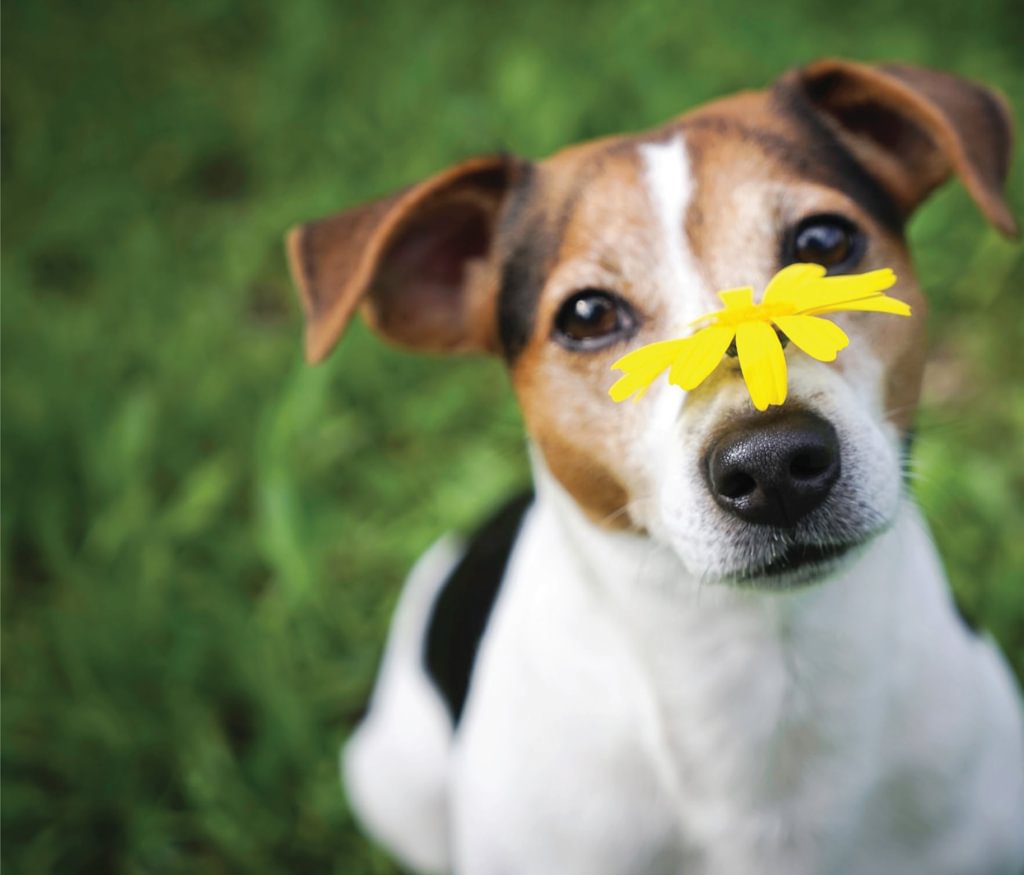 Stretched into a Downward Facing Dog pose in a yoga class, I listened as the instructor talked about the “cycle of acceptance.” Modeled on Elisabeth Kübler-Ross’s five stages of loss and grief, the cycle is a way of absorbing a painful blow and working your way through to, well, acceptance. When our teacher suggested that each of us identify the situation that we most needed to resolve, I knew mine immediately. It had to do with my then-husband, who had just started divorce proceedings: “Accept Jim for who he is and let go.”

Since separating from my ex, I had zigzagged around feelings of denial, depression, bargaining, and anger (yes, mostly anger). But I couldn’t move closer to acceptance. Guided meditations helped some, especially a few specifically on “acceptance” and “surrender,” but still fell short. Looking back now, however, I’ve come to realize that it was my relationship with Zoe, my now-16-year-old Jack Russell terrier, that revealed critical lessons about acceptance that were strong enough to dissipate my lingering anger.

Zoe came as a package deal with Jim 14 years ago, when she was a two-year-old “terrier-ist.” We each brought a dog to our romantic partnership: My canine baggage included Max, a rescue Cocker Spaniel then pushing 10. He was sweet as honeysuckle nectar, if a bit goofy and completely clueless—and Zoe, too smart and too wound up, wanted nothing to do with him. Early on, she set the tone when she backed Max into a corner and bloodied him with her razor-like incisors. I could hardly believe that such a little dog—12 pounds—could be so aggressive. But that’s the nature of both the breed and denial: a suspension of belief.

I quickly turned to bargaining (think bribery) to try to find a resolution, desperately attempting to win Zoe over with treats of every flavor (even wild boar). I gave her a squeaky toy squirrel—which, every single morning, she flipped high into the air before attempting to break its neck. I remained determined to woo her, since I knew this relationship needed to work in order for Jim and me to succeed. But it didn’t—at least not during our marriage.

The reign of the terrier continued after we all moved in together. I did my best to soothe the relationship: dividing the house with gates, calming the dogs (and myself) with anti-anxiety medications, even arranging therapy at the North Carolina State Veterinary Canine Behavioral Service.

The problem wasn’t just between the pooches. Zoe bit me on several occasions (often enough that I kept the antibacterial Phisoderm at the ready). One night, Zoe unexpectedly lunged at my face, tearing my upper lip and sending me to the ER post-haste. Forget the bargaining—I found myself squarely at anger, with a good-sized dose of depression thrown in (oh, and pain, too).

The canine conflict became a recurrent theme in our couples therapy, which also focused on mutual acceptance of each other’s faults and foibles. While Zoe and Max were not invited, their ongoing battle often mirrored our sessions. 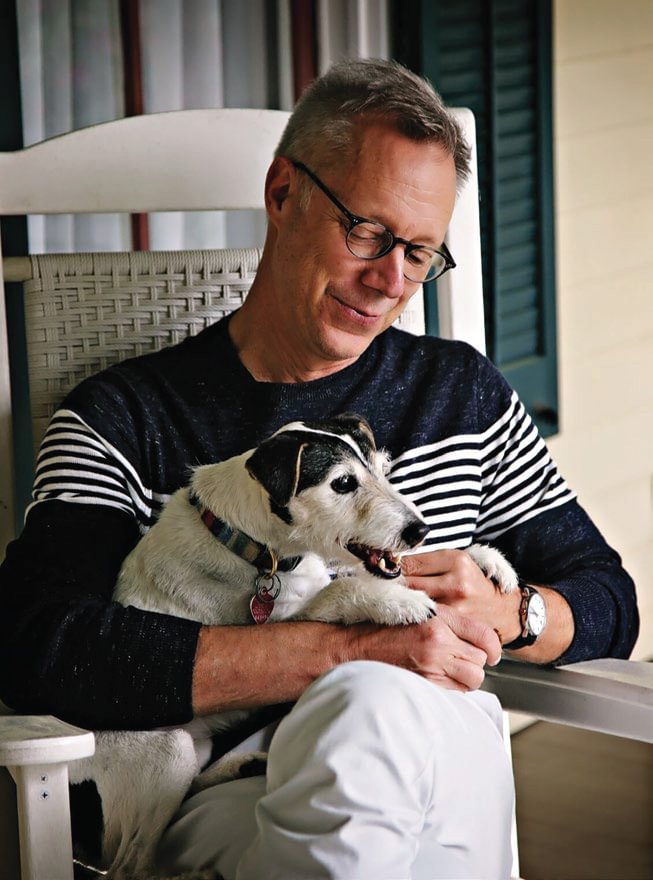 Missing Is the Hardest Part

When my beloved Max died, Zoe did not celebrate with her prancing happy dance. In fact, she seemed bereft. With the entire house now open to her (no more gates), she hardly knew what to do with her freedom. She’d approach Max’s leash, still hanging at the back door, as if it were an apparition. It smells like Max, so why is Max not here? I imagined her wondering. As I watched her approach, retreat, and sniff, I was certain she was processing her own loss, and I actually felt genuine sympathy for her. In the months that followed, I found my anger with her dissolving into what I imagined was our shared grief at losing Max.

Was it possible I was beginning to accept Zoe for who she was?

Yes, I’d started to realize that Zoe, like her “masters,” was a product of nature and nurture, a prisoner of both her gene pool and her environment. Dog experts have consistently noted the breed’s aggression, possessiveness, and jealousy, as well as its “small dog/big attitude” traits. Yes and yes. The more I understood her hard wiring, the more I was able to forgive her for behaviors she could not control.

I’d have been blind not to see that what applies to fourlegged loved ones also applies to the two-legged variety.

Age also took its toll on Zoe, with increasing frailties that included deafness and incontinence. One morning I woke to discover she had soiled her pet bed and herself. Such naked humiliation. Rather than resist—or attack—she simply went limp as I bathed her.

After Jim left, I surprised myself (and the friends who knew our bloody backstory) by asking for joint custody. He said no.

My divorce lawyer advised me not to fight it, pointing out that legally a pet is considered just another possession (in this case, Jim’s). In our separation agreement, Zoe was listed between “electric salt and pepper shaker” and “red bowl.” There would be no bargaining here, only more loss and anger. I signed the agreement, which acknowledged that Zoe belonged to Jim.

A few weeks later, I was shocked to get an email from Jim telling me his new condo wasn’t dog friendly. Was I interested in taking Zoe full time? In a Malcolm Gladwell “blink” moment, I said yes. That’s when I knew I had come full circle, accepting her worst behaviors without trying to change them—or her.

I’d have been blind not to see that what applies to four-legged loved ones also applies to the two-legged variety. I realized that my intention at yoga class—accept Jim for who he is and let go—had been more than a metaphor. For me, acceptance paved the road to separation and divorce, which finally meant being able to live without rancor and regrets.

Steven Petrow is an award-winning journalist and a columnist for The Washington Post and USA Today and a regular contributor to The New York Times. He is also the author of five books on etiquette, including his most recent, Steven Petrow’s Complete Gay & Lesbian Manners. He and Zoe peacefully coexist in Hillsborough, NC.

Listen to award-winning journalist and writer Steven Petrow tell this story as only he can.