IN THIS ISSUE
/ RUNNER-UP WRITERS’ AWARD XXIII: BEING HUMAN
A failure of collective intelligence
by Warwick Smith

Humans, individually, can be incredibly brilliant, but collectively we’re often puzzlingly stupid. To take a simple, uncontroversial example, we know that the tropical forests, the Amazon and the forests of South-East Asia, are the lungs of the world. Despite essentially universal agreement about this fact, we’re continuing to destroy them at an extraordinary rate in order to produce soy beans, beef, palm oil, and more. It seems that despite our intelligence and our astonishing global communication infrastructure, we’re collectively incapable of aligning what we know needs to happen with what we do.

There is a thought experiment about artificial intelligence known as ‘the paperclip maximiser’ – bear with me a moment, this is related to human sustainability and regeneration. In this thought experiment we imagine that there’s an AI system used by a company that makes paperclips.This AI is tasked with increasing paperclip production and is fed all the necessary information regarding paperclip making, including materials, labour, human motivation, supply chains, etc. Critically, it’s also capable of learning how to learn and does this at an exponential rate.

To cut a long story short, the AI gets better and faster at making paperclips at a rate that far exceeds human capacity to keep up or to adapt. Eventually it turns the entire universe into paperclips, with all humans and the biosphere being consumed quite early in the process. The thought experiment, not meant to be taken too literally, was designed to explain that AI doesn’t need to have general intelligence and self-awareness to be a threat but can be a threat simply by being single-minded and able to adapt faster than we can react.

I recently heard Daniel Schmachtenberger taking this thought experiment in a very interesting direction by saying that human society is already the paperclip maximiser but instead of making paperclips we’re making dollars – which are primarily just zeros and ones in bank databases. Our collective intelligence system has one overriding purpose: to turn everything into money – trees, labour, water… everything. It is also very good at learning how to learn and is extremely good at eliminating any threats.

The paperclip maximiser is not controlled or driven by anybody, it’s just a product of our global corporate capitalist economic model. The rules of the game are such that if you don’t strive to turn everything into dollars then you’ll likely be defeated (in whatever you’re trying to do) by somebody or some institution that is.

There are plenty of people, organisations, and political parties who are desperately trying to assert that some things are more important than money. Most people agree with them, but the money-making paperclip maximiser continues on regardless, barely diverted at all by even the most strident, most well-supported initiatives (such as reducing tropical deforestation or reducing greenhouse gas emissions).

Ancient Futures author Helena Norberg-Hodge is fond of saying “our arms have grown so long that we can no longer see what our hands are doing”. While this may be true, even when we do know what our hands are doing, we seem incapable of stopping them. Why? Perhaps because, as Nietzsche prophetically warned, “God is dead”, and we have replaced him with the paperclip maximiser. Our collective intelligence system has no alternative, so even if we were to somehow collectively stop buying palm oil, Indonesians would clear orangutan forest habitat to produce the next most profitable commodity.

Edward Bernays, sometimes called the father of the public relations industry, proclaimed in 1928 that we have the capacity to regiment people’s minds in the same way that the army regiments people’s bodies, and the intelligent minority must do this to control the majority.

Just as we know that destroying the forests of the world is destroying our future, we also know that consumerism doesn’t make us happy. Evidence abounds that the important elements for human flourishing include connection to other humans, connection to nature, and feeling needed and supported. The paper-clip maximiser has us sacrifice those things in order to work hard and to earn money. In part we need to make a lot of money so that we can afford housing that’s become ludicrously expensive because, instead of being primarily about shelter, housing is just another way to make money.

Consumerism doesn’t make us happy – it’s literally destroying the biosphere. And not only are we still doing it, but tens of millions of previously non-consumerist people from around the world are joining us every year and most of the rest are desperate to have what we have. Clive Hamilton and Richard Denniss aptly called it “affluenza” in their 2005 book of the same name. It’s contagious alright and it’s doing far more damage than the devastating Spanish flu epidemic of 1918. 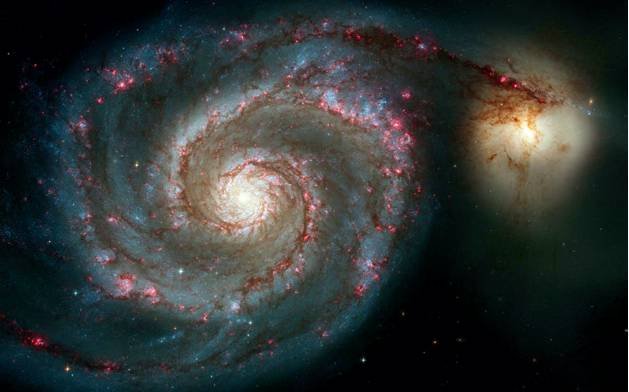 However grim this might seem, it is possible to beat the paperclip maximiser. We already know that the consumerist treadmill isn’t good for our mental or physical health. All we need to do is talk to people (real people, face to face) and work out what our core values are. Then we need to consciously and deliberately build a new story for humanity to live towards. The story of state corporate capitalism has run out of puff. Most people aren’t buying it any more but there isn’t another narrative by which to orient ourselves – or, perhaps more accurately, there are too many alternative narratives.

One very promising process in Australia is the Australian National Development Index (ANDI). Groups will travel the country and ask people about what they think is important and then use this information to develop new measures of progress and development that are based on human values. Almost all of our current economic measures (such as GDP growth) are not based on human values but are instead in service of the paperclip maximiser.

Social media platforms are the paperclip maximiser’s best friend. We’ve taken some of the brightest minds in the world and turned them to the task of designing addictive systems that keep us online for as long as possible. These systems are personally tuned to the things that each of us will find addictive. Keeping us online instead of in the real world keeps us lonely, sad, and vulnerable to all the wiles of the paperclip maximiser. We shop and we strive for higher-paying work that will allow us greater status and more virtual praise from other sad, lonely, isolated people.

Have you noticed that when you’re having a great time with friends or family you don’t feel the need to check your social media feeds as much? The paperclip maximiser relies on us being plugged into the system of control, the system of polarisation, the system of artificial wants and needs.

It’s time to unplug and work out what our real wants and needs are and to build a new social intelligence system that will deliver those needs. Not only will it save the biosphere, it will also make us more connected and more satisfied with our lives. Who wouldn’t want that?