MIND MICROSLEEPS
MICROSLEEPS & OFFICE SIESTAS (and why it’s normal to wake up at 2am)
Could a catnap at work mean a better night’s sleep? Dr Nerina Ramlakhan thinks we could all benefit from a break from the routine. Sarah Orme finds out more… 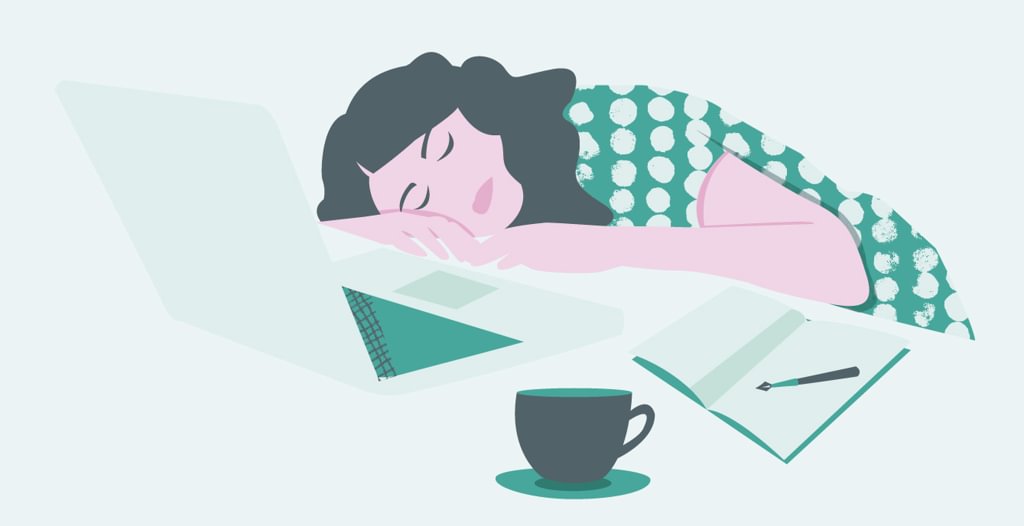 More people than ever are suffering from insomnia. Why are we sleeping so badly?

Insomnia has been around for a very long time but it’s particularly a problem at the moment because the world is going so fast. There are so many demands.

What happens to our body when we don’t get a good night’s sleep?

Humans are designed to spend roughly a third of their lives sleeping. When we sleep deeply it repairs the body on every level: physically, mentally, emotionally, and I believe spiritually as well. So we wake up in the morning and we feel inspired and passionate and creative, looking forward to the day ahead. When we don’t sleep well, we get the opposite of that. I’ve been working with sleep problems for over two and a half decades and I’ve noticed that when people don’t sleep well, and this goes on for too long, they might have physical problems – stomach problems, back problems, headaches, skin problems. And also emotional and mental health problems.

I’ve worked in psychiatry for over ten years, and the biggest part of my remit for that work was to help patients to get good sleep, because it was healing them. It was helping them to recover emotionally.

In your book The Little Book Of Sleep, you mention the different types of sleeper. Can you explain a bit about these?

If you look at the work of other sleep researchers they’ll talk about sleep chronotypes – the ‘owls’ and the ‘larks’, depending on whether you’re an early riser or a night owl. A night owl tends to go to bed late and wake up late; a lark goes to bed early and wakes up early. In my sleep classifications, I put people into two extremes. At one end of the scale you have the Martini sleeper, named after the cocktail of the 70s with the strapline “the drink that you can drink any time, any place, anywhere”. Your Martini sleeper can sleep any time, any place, anywhere.

Then you have the sensitive sleeper, who wakes up at the slightest noise and needs things to be just right before they go to sleep. They need to sleep on their side of the bed, or they won’t sleep on an argument. Where your Martini sleeper will say “We’ve had an argument, I need to go to bed and sleep this off”, your sensitive sleeper will say “How on earth can you sleep? How can you go to bed sleeping on a problem?” Those are the two extremes, but with awareness and learning how to manage your sleep, a sensitive sleeper can learn how to become more Martini-like.

How easy is it to become a Martini sleeper? Is this something you’ve done?

My sleep problems started in my childhood and continued into my thirties. But if I had to generalise or to summarise what’s really helped me, the biggest thing is learning how to relax into life a bit more. Learning how to let go a bit more. I think I probably still am a perfectionist over-thinker, but I’ve become more selective about the things I worry about. And maybe this has come with age as well, but I’ve learnt how to look after myself, I’ve learnt what self-care really means to me, and I’ve learnt how to let go of the day when I get into bed.

Some people find that worrying about sleep means that they don’t sleep.

And there are all sorts of wearable devices which have flooded the market but they’re not telling you what’s really happening with your sleep. For example, it’s possible to sleep with your eyes open! I’m sure you’ll have had the experience of reading a book at night but next night you go back to it and you don’t remember anything that you read because you were in a pseudo-sleep state while you were reading. But if you wear a device, it won’t measure that you were sleeping during that time. Often devices will underestimate how much sleep you are getting. 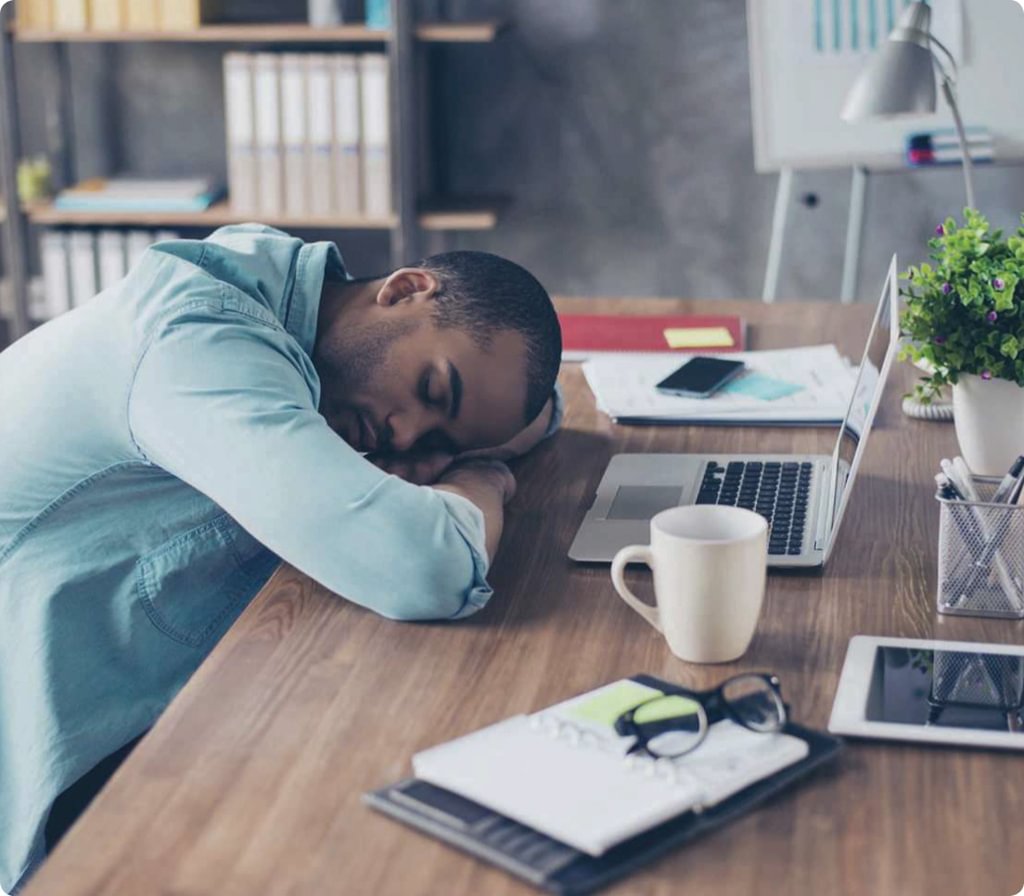 Microsleeps through the day can help refresh and revive you (Photography: Deagreez/Getty Images)

Is it common then for people to sleep with their eyes open?

So we could be sleepwalking around and not have any idea?

Basically, yes – and even driving in that state, which is really dangerous. If you go into that state where you think “Oh, I’ll just close my eyes for a second”, of course you must pull over and rest. I’ve done a bit of work with critical risk environmental police services, ambulance staff and long-distance lorry drivers because there’d been a number of industrial accidents which were caused by fatigue. The implications of not getting enough of the right type of sleep can be really quite profound.

What about microsleep, where you sleep for a couple of seconds and have absolutely no idea that it’s happened…

As we get older this can happen, and babies have their little naps throughout the day so we are innately polyphasic in our sleep patterns – we’re built to have many sleep phases in a day, as opposed to being monophasic, which is one big sleep phase. There’s some evidence that some hunter-gatherer tribes are still polyphasic, having micro-naps during the day when they can, if there’s a big hunt to be undertaken at night. Ellen MacArthur sailed solo for 72 days, she had 385 naps, her longest period of sleep was 36 minutes, and she had lots of little microsleeps!

If I were to sit here and close my eyes for five minutes I might not even feel as if I’ve slept, but if you were to wire my brain up to an EEG machine, it would show that certain parts of my brain are shutting down. They’re going into a rest and recovery state. And the working memory, which stores information when we’re concentrating, closes down momentarily while we’re closing our eyes. So when we open our eyes and come out of the microsleep, we have renewed energy and concentration.

“THERE’S A GOOD CASE FOR ALLOWING PEOPLE TO REST AT WORK. WE NEED TO GET OFF THE MENTAL TREADMILL”

So it’s a bit like a computer – turning it off and on again?

Yes. Closing your eyes is a very powerful thing to do, even if you don’t think you’re napping. There’s been a lot of research that’s found that if we stop and do something restful every hour to hour and a half then that can really enhance mental performance. So have some form of rest for three to five minutes, or do something restful like getting up and moving, or doing a meditation. The idea is to build a little oscillation into our days, as opposed to being relentlessly ‘go, go, go’, which is the way the world has become.

Is having a siesta is a good thing then?

Yes! We should bring this back – definitely! There are some enlightened organisations that even have nap rooms. In countries like China and Japan they’re very much into napping. And in the Mediterranean there’s the whole culture of siestas. Where my parents come from in South America, everything seems to shut down in the afternoon. There’s a lot to be said for the siesta. It may not work so well in our culture, it may not give our organisations a competitive advantage, but certainly there is a good case for allowing people to rest at work. We need to get off the mental treadmill and we’ll sleep better.

Another thing you mention in your book is how our ancestors used to sleep in two phases. You’d have a few hours sleep and then in the middle of the night you’d wake up and maybe talk to your friends or do something. Then you’d go back to sleep for a few hours. When did we stop doing that?

I think we still do this but most people think it’s a problem for them to be awake between 2am and 4am. In fact, most people wake between these hours. The problem these days is people wake up, they then look at the time and worry about how many hours of sleep they won’t get if they don’t go back to sleep, and then they worry about the implications for the next day. So it’s normal to wake up, but it’s not normal to worry and send emails or check your social media feeds.

Would you maybe say it’s more about your attitude to it? So if you did wake up in the middle of the night, maybe you’d go and do something for a bit, then go back to bed. It’s not something to worry about?

Yes! While I’m sitting here saying sleep is so important for us, I’m also saying we put so much pressure on it. People come to me with supposed sleep problems and exhaustion, and they say “How can I get more sleep?” and once I start working with them, the story isn’t how they can get more sleep but it’s needing to clean up their waking hours so that the sleep they get is deeper and purer, and they’re reviving the other parts of their lives which have fallen by the wayside. We need to find a balance and we need to stop overloading our sleep.

Dr Nerina Ramlakhan is author of The Little Book Of Sleep: The Art Of Natural Sleep (Gaia, £6.99). You can find more about Nerina on her website at www.drnerina.com and on www.twitter.com/DrNerina. ■