features
HIGH DYNAMIC GAMES
The latest consoles from Microsoft and PlayStation deliver gameplay in 4K and HDR.
By Kris Deering 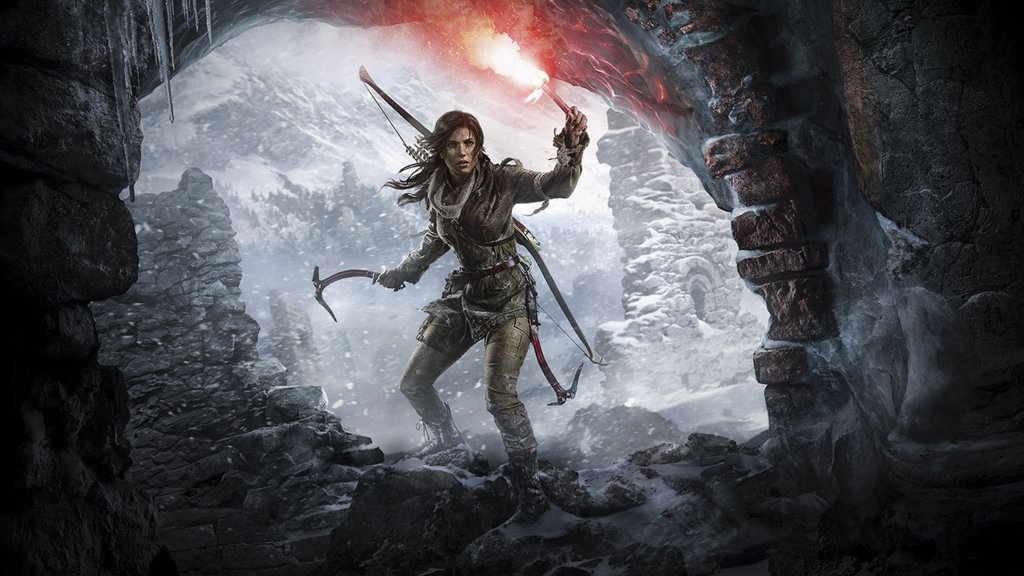 Rise of the Tomb Raider

A RECENT ARTICLE I wrote for Sound & Vision on High Dynamic Range (HDR) technology (“HDR Explained,” April/May, and also on soundandvision.com) focused on what HDR is and how it gets implemented in different types of displays. The focus of that article was movies on Ultra HD Blu-ray disc and on streaming services, but another topic worth discussing—one that regularly gets overlooked—is HDR gaming. HDR has actually been a factor in gaming for over a decade now, but has mostly consisted of HDR emulation, which involves taking a standard dynamic range game and exaggerating its visual aspects to create an HDR-like image. (I remember reading about HDR emulation way back when one of the Halo games launched for the Xbox 360 console.) But now that true 4K/HDR support has arrived for a variety of consoles and games, I thought I’d grab a controller and report on the experience.

While high-resolution graphics have always been a staple of PC gaming, it’s only recently that we witnessed the leap to 4K/HDR on game consoles. The first HDRcompatible console was the Xbox One S, though that model did not support 4K resolution and HDR was only available on a handful of titles. PlayStation then followed with the release of the 4K- and HDR-compatible PS4 Pro, and later updated its standard PS4 console with HDR support. The latest offering from Microsoft, the Xbox One X, is touted as the most powerful console on the market and features 4K, HDR, and Dolby Atmos support plus a feature dubbed “Xbox One Enhanced” which can mean several things, including higher frame rates and improved in-game graphics rendering. While each of these consoles is capable of handling various video formats and resolutions, not every game supports the new 4K, HDR, or enhanced audio formats. (You can find lists of games that support different features on both the Xbox and PlayStation official websites.) The Xbox One X also supports Dolby Vision HDR, but this so far seems limited to video streaming and disc playback and not actual gaming. 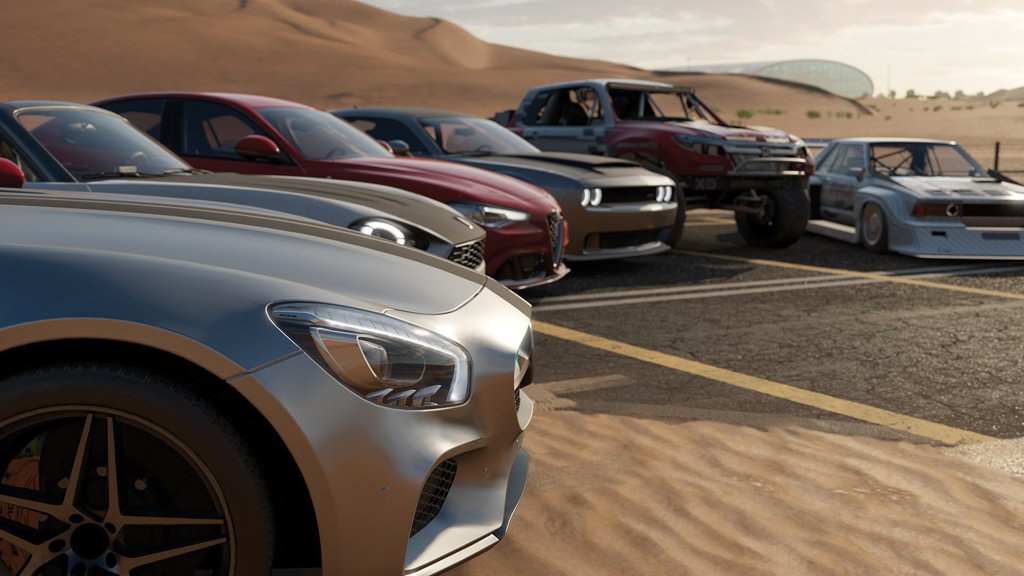 Over 130 games are available in HDR for Xbox, while the PlayStation consoles support just over 100 HDR games. In both cases, some of these games feature 4K resolution and others are in standard high-definition. There are also 60-plus games available for PC playback that offer 4K/HDR support—as long as your computer’s graphics card is up to the task. Same as with movie playback, you’ll need to be sure you are using a compatible display for optimal HDR results. 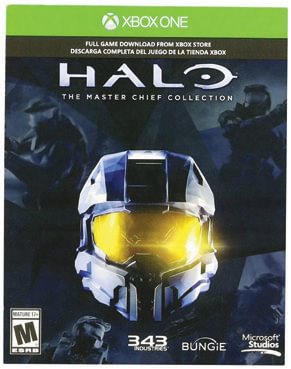 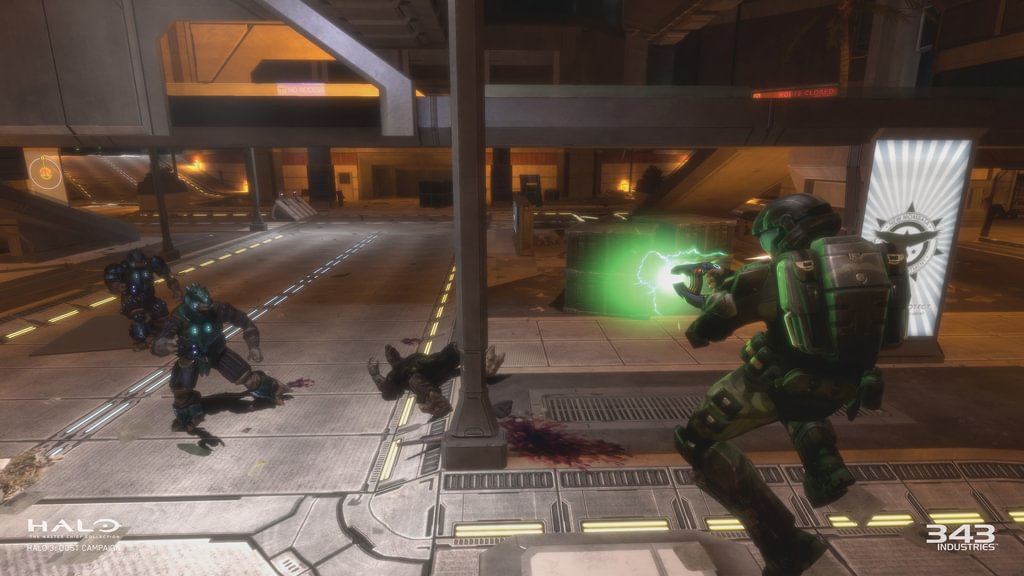 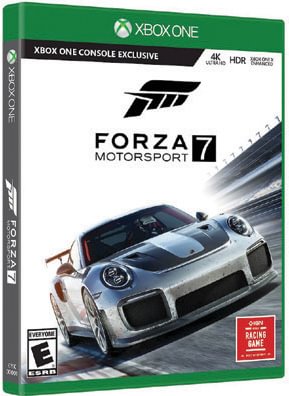 For this article, I used the Xbox One X to evaluate the state of 4K/HDR gaming. Microsoft’s latest console seemed to have the best mix of games, and I was also intrigued by its support for titles with Dolby Atmos sound. I previously owned an Xbox One S, but it had been a year or so since I’d sat down and played with it. The Xbox user interface has changed quite a bit since the last time I held a controller in my hand. The new One X is also a more streamlined console than the One S, with no massive external power brick accompanying it.

Microsoft is pitching the Xbox One X as a full-featured entertainment device. On top of gaming via discs and downloads, it supports a bevy of streaming apps, including regulars like Netflix and Hulu. The Xbox One X also features an HDMI input for coupling with a cable box to provide DVR-like functionality.

I’m not going to dive into the One X’s tech specs here. Performance with consoles has come a lot closer to that of PC-based gaming rigs, and they now offer unprecedented levels of graphics quality. Also, if the game is good enough, you will become immersed in the gameplay and start to lose sight of the graphics.

What I want to focus more on here is the experience of 4K/HDR gaming compared with regular gaming. As I mentioned above, the idea of HDR in gaming is not new, and some games did it pretty convincingly. But there’s a vast performance difference between an “emulated” HDR game and one with actual HDR played on an HDR display. The distinction is similar to comparing HDR screened on a flat-panel TV capable of 1,000-plus nits of light output with a projection system that can barely achieve 100 nits. Both may look fantastic, but you’ll see clear differences between the two displays when comparing them directly. 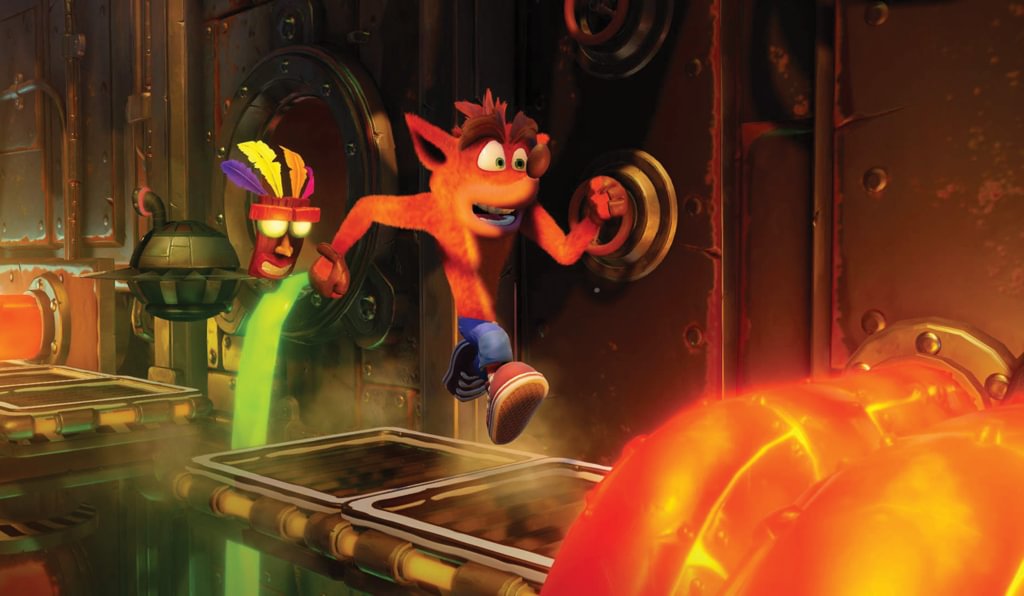 For this review, I evaluated games using two different systems. The first was my main theater, which features a native 4K projector (Sony VPL-VW885ES at the time of writing), an 11-foot-wide screen, and a Dolby Atmos-capable audio system. The second was a living room setup consisting of an LG 65C7P OLED TV paired with a 5.1-channel Sonos audio system.

The first game I checked out was Rise of the Tomb Raider, an adventure title combining classic gameplay elements with insane “open-world” graphics so that it truly feels as if you’re playing inside a movie. Initially I played with HDR and 4K switched off. Even without those enhancements, the image quality was good, with dynamic lighting and a very convincing cinematic feel. Switching over to true 4K resolution didn’t make a huge difference in the texture of the graphics. Things tightened up for sure, especially the edges of objects, but this sometimes also gave the graphics a bit more of an aliasing look. The addition of HDR created a profound difference, though. Rise of the Tomb Raider takes you through quite a few environments, from dark caves to bright snow-capped mountains, and the impact of the specular highlights and increased color saturation was greater than with a lot of movies I’ve seen that were remastered in 4K/HDR.

As I expected, the difference with 4K/HDR was far more visible on my LG OLED TV than on my projection system. That said, for a game with a scale this massive, the increased real estate offered by my 11-foot-wide screen provided a more satisfyingly immersive gaming experience. Coupled with the Dolby Atmos sound, Rise of the Tomb Raider ended up being a thrilling, cinematic home theater assault.

Next up was Crash Bandicoot, an old favorite from my days with the original Sony PlayStation. All three of the original games were recently revamped in 4K/HDR as the Crash Bandicoot N. Sane Trilogy. Though not as cinematic as Rise of the Tomb Raider, the scrolling arcade-style game still looked impressive with its newly rendered graphics and enhanced color. Comparing HDR vs. no-HDR using the Xbox’s output settings, shadow detail was much better overall with HDR, but the real standout was the boost in color saturation and lighting effects. Again, the LG OLED really showed off the difference and was my preferred display for this game. Crash isn’t very cinematic compared with Tomb Raider, but it’s a game that I can spend hours on and even my kids loved watching me play. 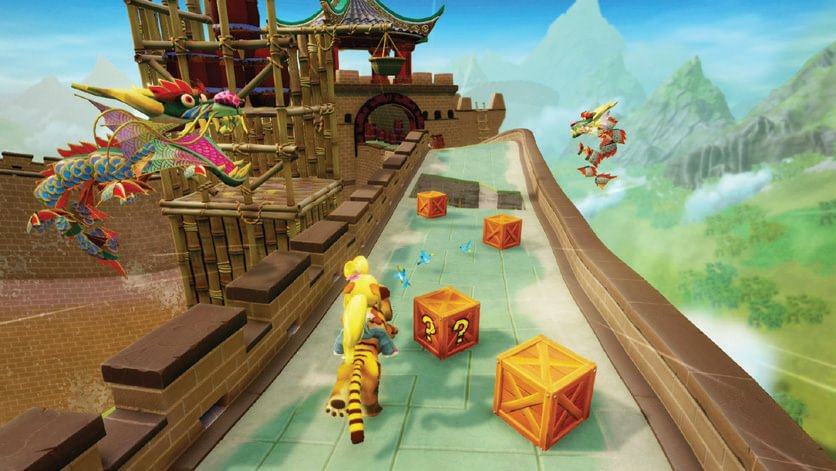 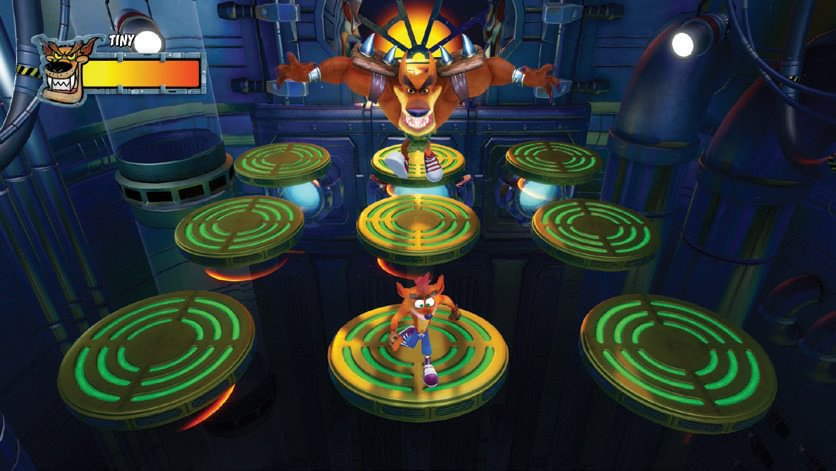 Crash Bandicoot isn’t the only game to get a recent 4K/HDR refresh. Microsoft did a full 4K/HDR treatment on its popular Halo series as well. A highlight for me here was the refresh was free if you already owned the Master Chief Collection, a set featuring all of the Halo games that was bundled with my original Xbox One S. I was a bit torn when evaluating this set. While I appreciated the immersive nature of the first-person shooter series on my projection setup, there was no denying the obvious image quality benefits afforded by my OLED TV.

Another HDR highlight (no pun intended, of course), was Forza Motorsport 7. As good as highly immersive games like Halo and Tomb Raider looked, Forza was absolute eye candy on both my projection and flat-panel setups. The racing platform really showcased the HDR format, with sizzling highlights adorning sleek car surfaces, and gorgeous color throughout. Comparing HDR to non-HDR revealed massive differences in contrast in both the environments and the car bodies. If I was going to pick just one game to really demonstrate the before-and-after benefits of HDR gaming, Forza Motorsport 7 would be a go-to choice

Most of the games I played on the Xbox One X during this evaluation included settings to tune HDR performance. In my “HDR Explained” article I talked about the limitations of HDR, since it is designed as an absolute luminance format that doesn’t provide much flexibility for different display capabilities or viewing environments. Fortunately, game makers appear to understand those limitations and offer adjustments to compensate for different screens and room lighting. Had game developers not had the foresight to include these adjustments, the format might have been a no-go early on, as I’m sure much gaming is done in standard family rooms with a high level of ambient light.

As part of my test, I also tried a few of the “4K Enhanced” titles, including the first-person shooter Doom. While the uptick in resolution was noticeable in fine details and edges, it didn’t make as big a difference as HDR did on the other titles. Even at 1080p resolution, game graphics look pretty fantastic, and the scaling capabilities of most 4K displays does a good job getting you most of the way there. On a display with high contrast capability like my OLED, games such as Doom with their rich environments and deep shadows looked nearly HDR-like—I probably could have convinced visitors that I was playing in HDR. Microsoft advertises that its “Enhanced” games can also benefit standard 1080p displays through higher refresh rates (games with a high frame rate provide smoother playback and richer detail) and enhanced color. Unfortunately, I did not have a 1080p display in my home during this evaluation to make the comparison. 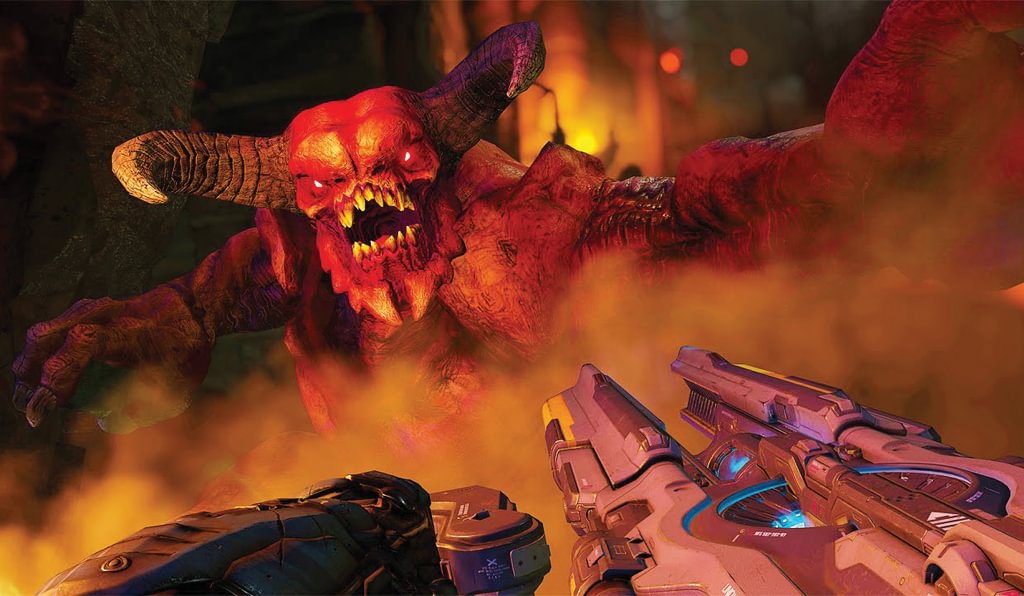 "4K Enhanced" titles like first-person shooter Doom can deliver many of the visual benefits of true 4K/HDR games.

Another big deal for gamers is input lag. This is the amount of time, measured in milliseconds (ms), added by a display’s video processing, the effect of which is to create a delay between the input from the game controller and a corresponding action onscreen. In the world of competitive gaming, input lag can have a huge effect on performance. Some displays offer Game picture modes, or adjustments designed to reduce input lag. The Sony VPL-VW885ES projector I used, for example, provided a specific Game picture mode, but more importantly an input lag reduction adjustment. But honestly, I didn’t have any issues with input lag regardless of the type of game being played when using the projector or the OLED TV. I’m not a competitive gamer, however, so perhaps I’m not sensitive to it.

PUT THE CONTROLLER DOWN

My experience with gaming in HDR was a positive one. Overall, I found that the benefits of HDR outweighed the benefits of 4K resolution, though both elements combined to make an appreciable difference. Add Dolby Atmos sound (still rare in the gaming world) and the result is an entertainment experience that can only be matched by big-budget studio movies.

For full HDR impact, the projector was no match for the OLED TV, which really delivered on the format’s bright specular highlights and rich contrast. I still preferred the more cinematic image delivered by the projector on games like Tomb Raider, but if I was serious about gaming I would probably compromise by putting together a setup that used a flat-panel TV with a screen size larger than 65 inches and also sit closer to the screen.

The Xbox One X delivered exceptional 4K/HDR with the supported titles I had on hand. And while I didn’t test it, PlayStation’s PS4 console has an intriguing list of HDR-compatible games, and I’m sure the experience would have been every bit as good. Either way, with plenty of available options, 4K/HDR gaming is something I’d strongly recommend to enthusiasts looking to step up their game. ■